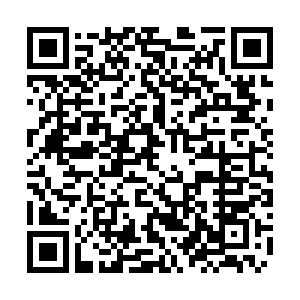 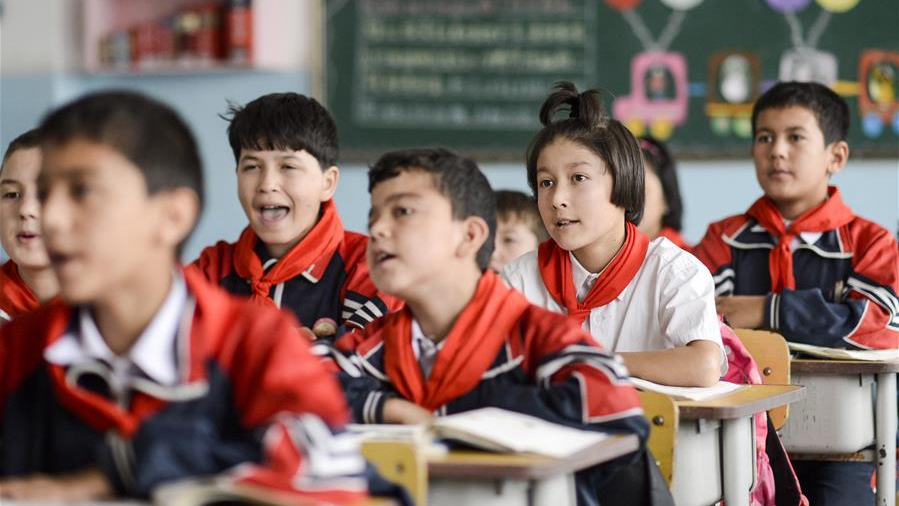 In a recently published investigative piece, The Grayzone, an independent news website, rebutted accusations frequently posed by Western media that millions of Uygurs have been detained in Xinjiang, delivering a comprehensive rebuke to the highly dubious claim.

The piece, written by Canada-based writer and lawyer Ajit Singh and award-winning American journalist Max Blumenthal, found that the claim is based on two highly speculative "studies." The first, by the U.S. government-backed Network of Chinese Human Rights Defenders (CHRD), formed its estimate by interviewing a sample of as little as eight people. The second was authored by Adrian Zenz, a far-right fundamentalist Christian who believes he is "led by God" on a "mission" against China.

The article cautioned that misinformation about Xinjiang is igniting a new, faith-based Cold War crusade against China and major newsrooms should err on the side of caution when quoting such highly questionable studies.

In an exclusive interview with CGTN, Ajit Singh, one of the authors of the piece, talked about the motivations for his investigation and why he thinks the egregious accusations are alarming.

The following are excerpts from the interview, which has been edited for clarity.

CGTN: Why did you choose this topic, Western media's coverage of Xinjiang? Do you think it is way too typical or it is part of a pattern?

Singh: In Western media and political discourse, there is a long-standing pattern of exaggeration and misrepresentation in reporting with respect to countries that Washington or other Western governments have designated as so-called enemies.

While mainstream and corporate media outlets tend to accept and amplify the claims of U.S. political elites on international issues, independent news outlets and journalists such as those at The Grayzone adopted a more critical attitude with respect to claims made by the U.S. government and don't accept them unquestioningly.

With respect to China in particular, reporting in the West and political discourse have become increasingly hostile in recent years, coinciding with Washington's New Cold War containment strategy where they view China's rise as a threat to their place in the global order.

The most glaring example of this today is probably coverage of Xinjiang. And it is now commonplace for Western politicians and major media outlets to liken China to Nazi Germany. These are incredibly damning accusations. We at The Grayzone feel it is important to examine the basis of these claims before running with them. 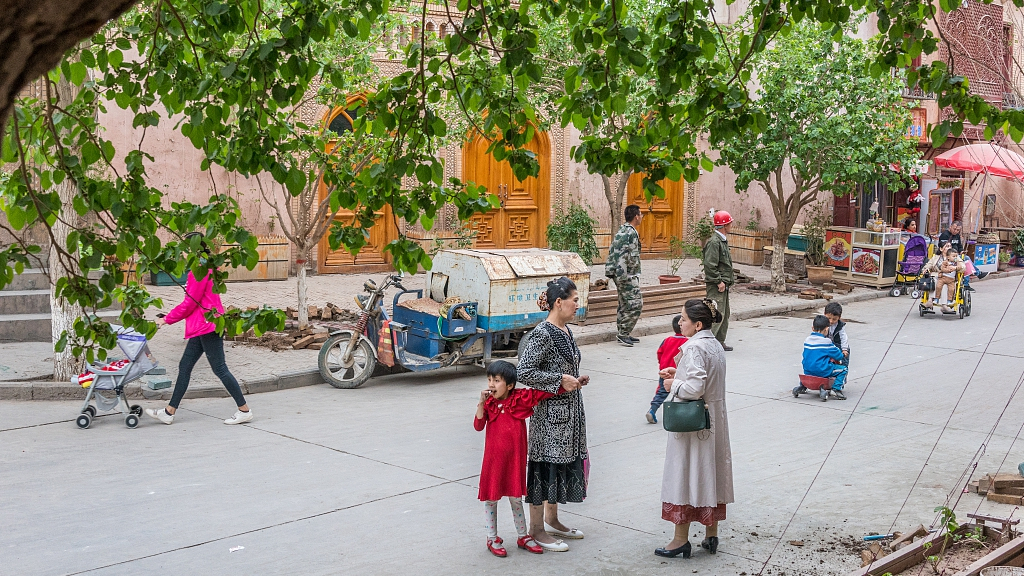 CGTN: One of the major sponsors of CHRD, the organization at the forefront of this disturbing trend you just described, is the National Endowment for Democracy (NED). What's your reporting on this link?

Singh: CHRD is a Washington D.C.-based NGO with a strong pro-U.S. and anti-China bias. It was a report by CHRD that first popularized the millions detained figure with respect to Uygurs in Xinjiang in a 2018 report to the UN Committee on the Elimination of Racial Discrimination.

This has often been misrepresented in the West as a UN-authored report because it was cited by a U.S. member of that panel. It was not authored by the UN or a UN body.

In this report, CHRD estimates that one to three million Uygurs are in "re-education detention camps" or "re-education day programs." According to the CHRD, this is based on interviews and limited data.

When one looks at the actual study behind their claims that they published, it is in fact based on eight anonymous Uygur individuals living in villages in Xinjiang. It is based on this absurdly small sample of research that they extrapolated their estimate across the region as a whole.

This figure has been accepted without any scrutiny by major Western media outlets and politicians. This is a bit troubling when you consider the biases and funding ties that CHRD has to the U.S. government, particularly from the NED.

The NED was funded in 1983 by then President Ronald Reagan. It basically operates as an international soft power arm of the U.S. government promoting its U.S. foreign policy agenda. It has interfered in countless countries to advance U.S. interests, often under the guise of supporting democracy, human rights and civil society groups. It often in fact finance far-right organizations with political goals that are in line with Washington's interests.

The fact that the NED is being relied on as one of the main sources behind these incredibly damning claims is cause for scrutiny and it should be looked into. Instead Western media is accepting it without question. 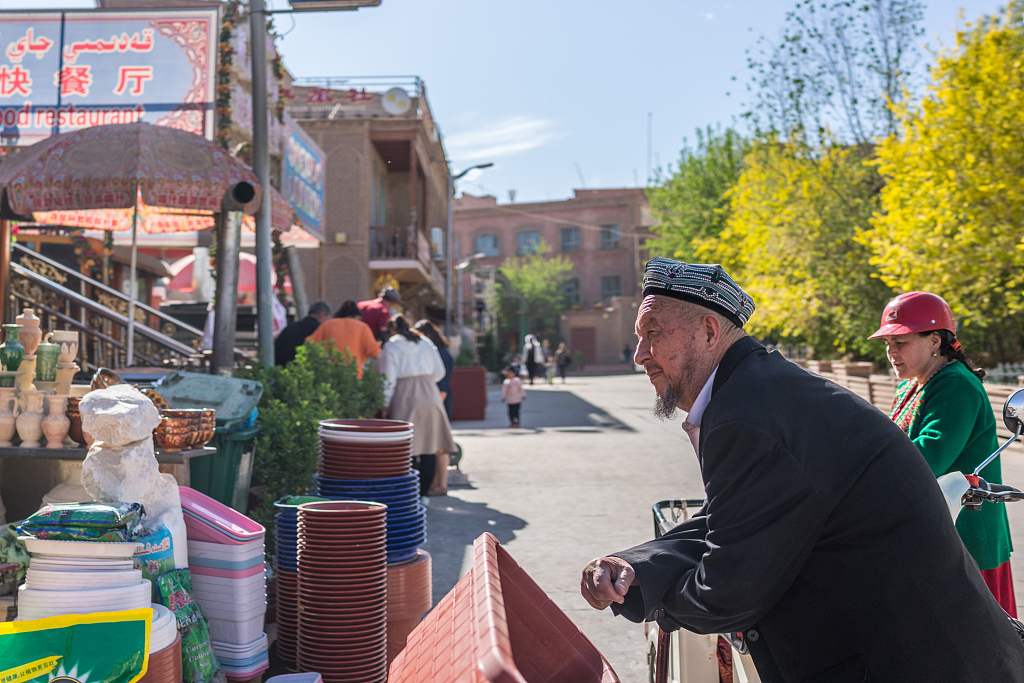 CGTN: We know that the NED is active in Hong Kong. What is it doing there and elsewhere?

Singh: The NED is active in countless countries to this day. A fair number of their operations are available by searching their grant databases on their website. They are active in Hong Kong, funding a number of civil society or human rights or "pro-democracy groups." Most recently in September they funded a lobby organization called the "Hong Kong Democracy Council." Members of their organization came together with anti-government opposition figures such as Joshua Wong, Nathan Law, Denise Ho and the Demosisto party.

They have been actively involved in Latin America and in the Middle East. Their work around the world is incredibly concerning not just in China but also elsewhere.

CGTN: I want to draw your attention to a so-called China expert you talked about in detail in your article, a man named Adrian Zenz. He acknowledged recently that only eight people were interviewed as part of the CHRD "research." But he went further to say that the figures are still not far off. What do you make of his self-contradictory remarks?

Singh: Adrian Zenz is the other person who we investigated in our piece. Adrian Zenz, similar to CHRD, relies on extremely shoddy methodologies and sources to make his large incendiary claim with respect to China. The size of his claim has made him a media celebrity being quoted throughout the press.

In fact, his work is extremely biased. He relies on what he admits is speculation and unverified media reports by extremist and biased Uygur organizations. He seems to be doubling down on this, rather than responding to some of the I think legitimate criticism that is raised. He continues to rely on speculation and not provide any evidence to provide concreteness to his claims.