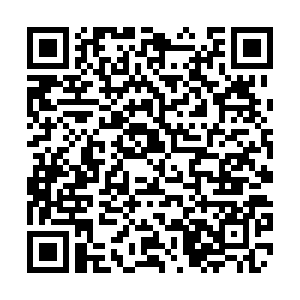 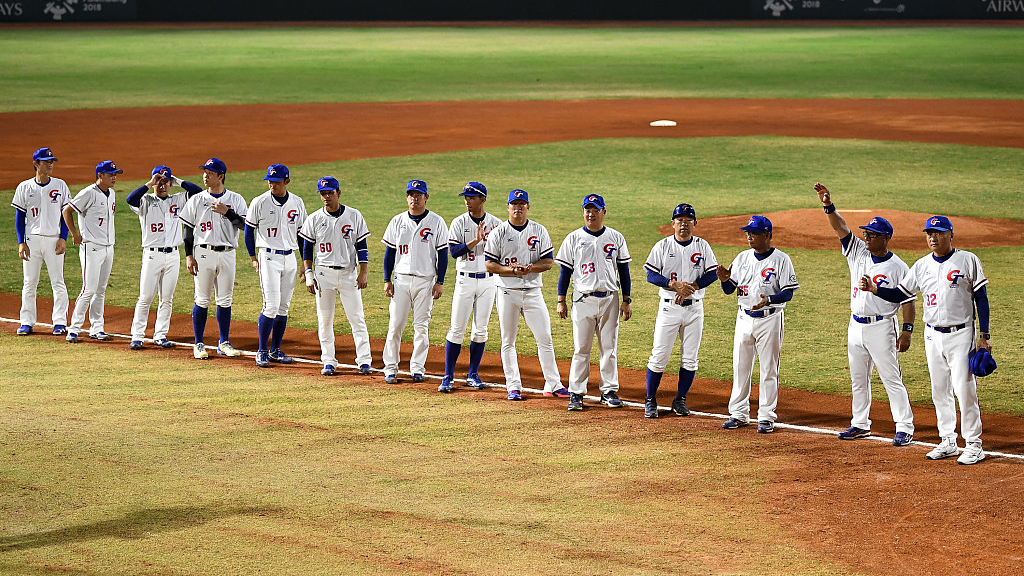 Players of the Chinese Taipei baseball team stand in line during the Men's Team Baseball Super Round game during the 2018 Asian Games in Jakarta, Indonesia, August 31, 2018.

Players of the Chinese Taipei baseball team stand in line during the Men's Team Baseball Super Round game during the 2018 Asian Games in Jakarta, Indonesia, August 31, 2018.

Popular as it is, baseball has been out of the Olympic Games for more than a decade, until the 2020 Summer Olympics in Tokyo, in which baseball and softball are back to the program.

Much to the expectation of Taiwan residents, the Chinese Taipei baseball team still have chance to keep their Olympic dream alive while awaiting the World Baseball Softball Confederation (WBSC) Baseball Last Qualifier to be held in April, 2020, in which only one ticket to the Olympics is awarded to the six teams of this tournament.

Though chance for an Olympic medal is still uncertain, an Asian Games title is far more within reach, as baseball and softball were confirmed to be included in the Hangzhou 2022 Asian Games.

To achieve a title, equally important to the sport officially listed in these competitions, is the right of athletes to take part in them. Athletes from Taiwan have been participating in international sporting events in the name of "Chinese Taipei" since 1981.

Over the years, the "Olympic model" stood the test of time when being challenged by external interference, namely a flagrant attempt to alter the name of Chinese Taipei delegation in 2018.

Students in Taiwan get access to baseball from elementary and middle schools. When asked about impression of Taiwan college students who play baseball, Hong Hongyuan, captain of baseball team at Peking University (PKU), one of the top schools in academics as well as baseball in the Chinese mainland, told CGTN that he could tell how good their skills were from the first minutes of the game.

"You can tell from their movement and speed of the ball that they have played baseball for a long time." 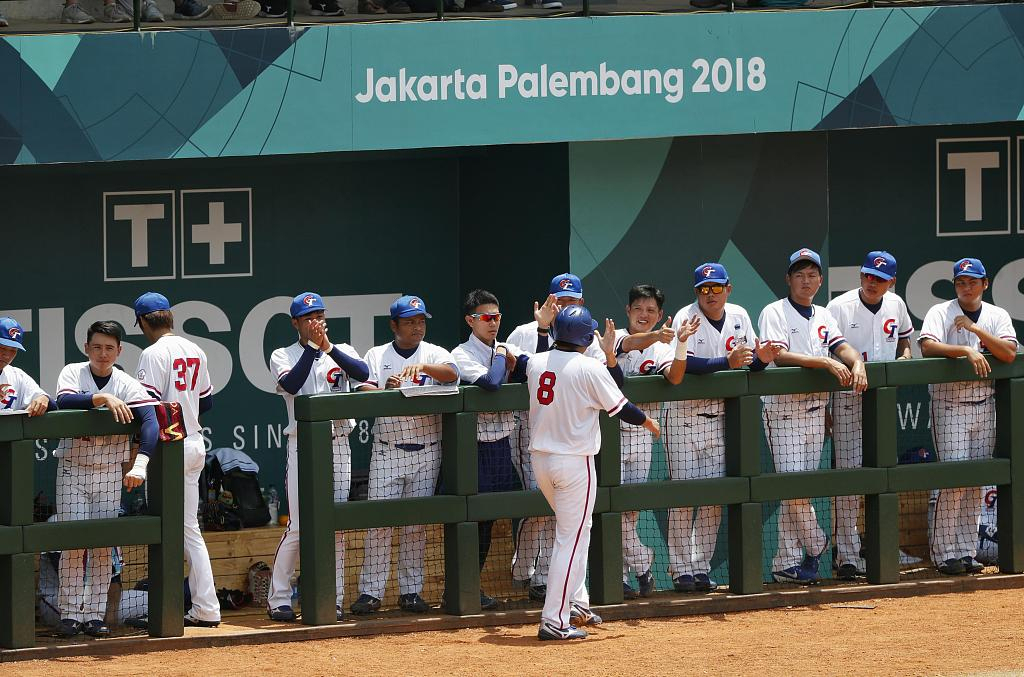 They are five-time Asian Championship winners, and have won the first place at Asian Games (2006) and second place at Olympics (1992) and World Cup (1984).

They won bronze in the 2018 Asian Games. There is no doubt that they would want to go for a gold medal in the next Asiad as one of the best teams in the world. 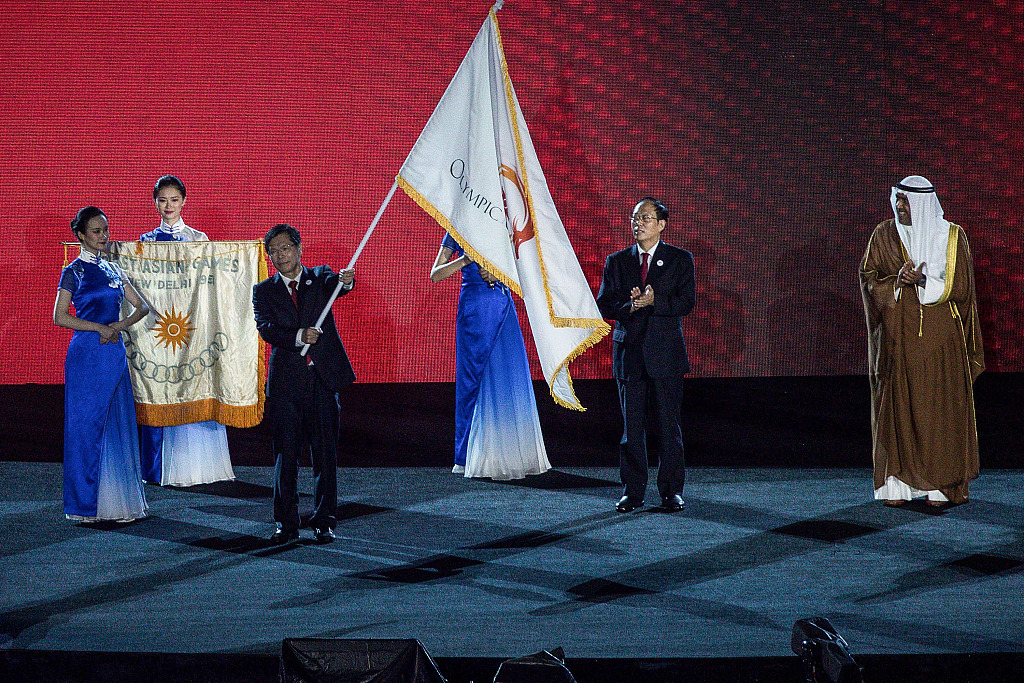 Before the agreement, athletes from Taiwan missed the 1973 Asian Games, 1976 Summer Olympics, and the 1980 Winter Olympics, after the government of the People's Republic of China (PRC) had been recognized as the sole legitimate government representing the whole of China in the United Nations in 1971.

Benefiting from the "Olympic model," in 2014, the city of Taichung in Taiwan successfully hosted the East Asian Youth Games. It was on the agenda that the city would host this event again in 2019.

But in 2018, some political forces and "Taiwan independence" elements on the island flagrantly challenged the "Olympic model," with a so-called "referendum" that would give the Chinese Taipei delegation "a proper name" to join the 2020 Tokyo Olympics. That attempt eventually led to the cancellation of the East Asian Games 2019 in Taichung, according to a decision in 2018 by the East Asian Olympic Committee (EAOC).

The IOC rejected the "name-change" in an executive meeting in May, 2018, and indicated that any external interference could be considered a violation of the Olympic Charter rules and result in Taiwan losing its Olympic membership.

The Chinese Taipei Olympic Committee reaffirmed the same stance and expressed their view on its official website as well as Facebook, explaining how such a "referendum" could hurt the rights of athletes.

The "Olympic model" has protected the rights of Taiwan athletes for almost four decades, including the chances of Chinese Taipei baseball team competing and winning on international events.

Baseball/softball exchanges across the Strait

As the game grew in the mainland over the years, exchanges across the Strait expand also.

The annually Cross-Strait Student Baseball League (CSSBL) has been going on for three years. 24 academic institutions sent out teams to join the most recent event held in 2019. 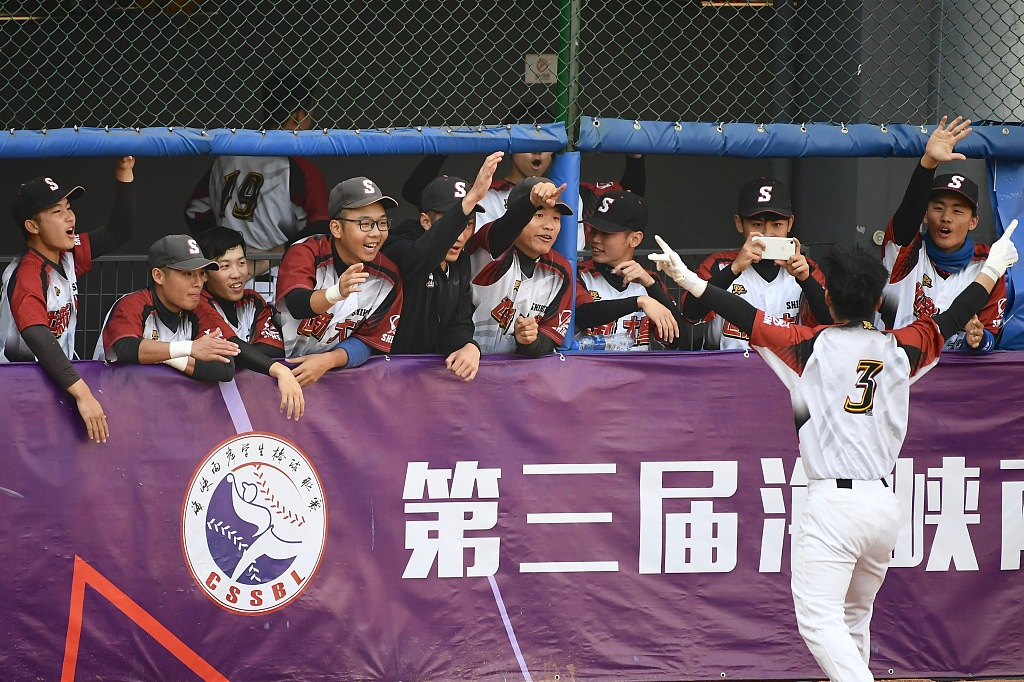 Commenting on students' performances from across the Strait, Jiao Chenxi, baseball coach at Peking University, having spent her graduate years in Taiwan, told CGTN that she didn't think the levels vary much between amateurs, though students from Taiwan have more incentives to play, and enjoy better facilities.

"In Beijing, for example, only Tsinghua University has a baseball field. We (at PKU) need to negotiate with our school's football team for the use of the field, as we play on football ground."

Also, students in Taiwan join the game with substantial knowledge of its rules, having been immersed in rich baseball culture, while students from the Chinese mainland start playing mostly by chance, hearing about it on campus or becoming interested in baseball classes only higher education institutions offer.

The passion for the sport grows among Chinese mainland students. With the participation of Chinese Taipei baseball team at the Asian Games two years from now, it is thrilling to watch great games at the doorstep. Without doubt, it will be a feast for the eye, and a hopeful opportunity for the team to inspire both professionals and amateur enthusiasts across the Strait.