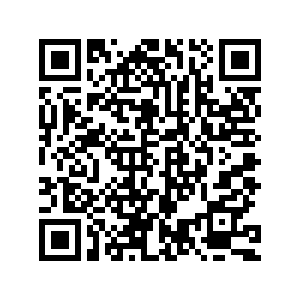 What are likely to be the consequences following the U.S. airstrike which killed Iran's top military strategist, Major General Qasem Soleimani, at Baghdad airport on January 3? Already some observers are talking about it being a major escalation of the U.S. confrontation against Iran while Iranian commentators have called it a declaration of war.

If it is a war, what kind will it be? It's unlikely to be a conventional one. Although such a war would be to the Americans' advantage, it's not clear it they want one or would be able to launch and successfully execute it.

President Donald Trump has claimed that he wants to bring U.S. troops home. But starting a new war, which could be long and open-ended, would not play well with his base at home, especially in an election year.

In addition, what would the war's objectives be? If it were to remove the administration, that would require a sizable increase and commitment in terms of U.S. troops. Currently there are around 60,000 to 70,000 U.S. troops in the Middle East as a whole. In comparison, the U.S. invasion of Iraq in 2003 involved 150,000 troops and despite increasing those numbers to 170,000 during the occupation, they were never able to control and contain the insurgency which emerged.

If the aim is to curb and contain Iranian regional agitation, it's not clear that will happen either. The instability and disorder unleashed across the region over the past decade provided space for Iran to advance and extend its influence by cultivating links with different political and military groups. 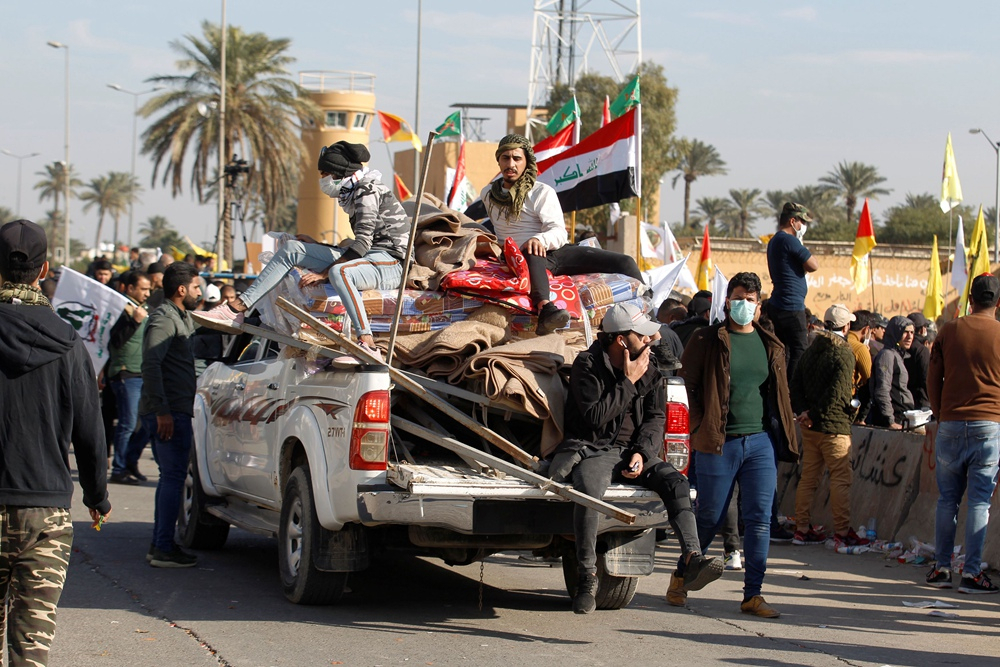 Protesters and militia fighters are seen withdrawing from the perimeter of the U.S. embassy during a protest to condemn air strikes on bases belonging to Hashd al-Shaabi (paramilitary forces) in Baghdad, Iraq, January 1, 2020. /Reuters Photo

Protesters and militia fighters are seen withdrawing from the perimeter of the U.S. embassy during a protest to condemn air strikes on bases belonging to Hashd al-Shaabi (paramilitary forces) in Baghdad, Iraq, January 1, 2020. /Reuters Photo

In Syria, Soleimani made his name during the early years of the civil war by establishing the paramilitary Syrian National Defense Forces to back the government in Damascus. In Lebanon, Iran has ties with the Hezbollah militia which goes back several decades while in Gaza and Yemen it has worked with Hamas and the Houthis. And in Iraq, Iranian influence is felt politically and militarily, through Shia parties and politicians and militia groups.

Indeed, it was one of these groups – Kataib Hezbollah – which was attacked by the U.S. on December 29, leading to 25 of its members being killed. In response, the militia's supporters attacked the American embassy in Baghdad. It was after this happened that the U.S. announced it would be sending more troops to Iraq and carried out the attack which killed Soleimani, claiming that it was done to protect American personnel.

Not only is Iran unlikely to pull back regionally, it could potentially be prepared for the kind of drawn out confrontation that Trump is unlikely to want.

In contrast to the Americans' greater capability for conventional war, Iran is likely to be more effective in the use of asymmetric and hybrid forms of warfare. That involves attacks against military and other installations using indirect means and proxies.

We have seen a number of examples of the Iranian approach over the past year from Houthi-claimed drone attacks against Saudi Arabia's Abqaiq oil-processing facility and a pipeline to the mining of oil tankers in the Gulf. In addition, Iran is alleged to have destroyed an unmanned American drone in the area. Trump claimed that he pulled back from issuing a retaliatory attack when he learned what the human cost would be by comparison.

Given the provocative nature of the recent American action, it's likely that Iran and its proxies will step up similar actions. This could mean actions against U.S. troops in Iraq as well as against allied assets elsewhere in the Gulf. Whether this will extend to the civilians themselves is not certain, but it does mean that the position of Americans and their partners in the region are more vulnerable than they were before. 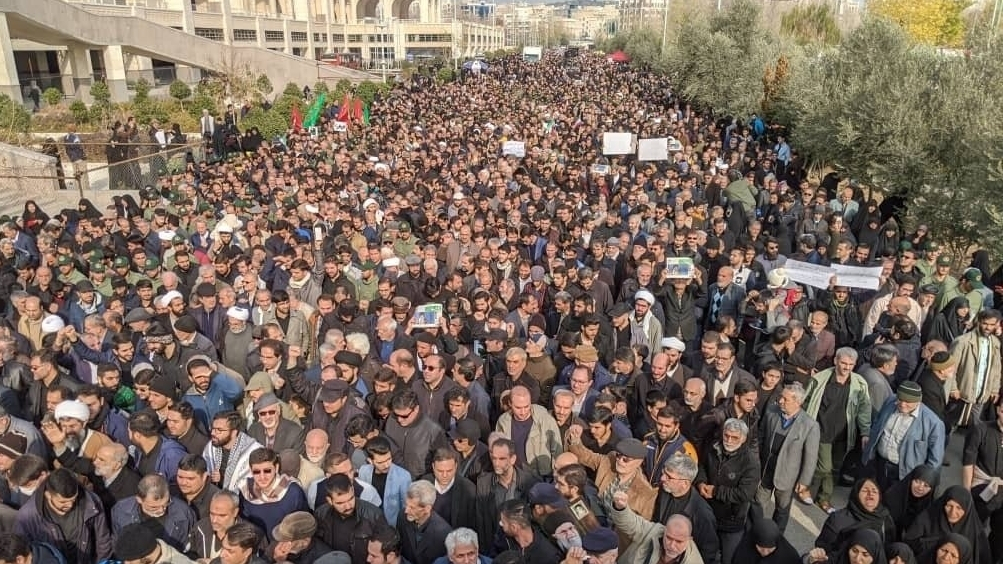 In response, the Americans will probably carry out retaliatory responses to any Iranian or Iranian-backed measures. Because those will be carried out by American personnel, it will generate criticism and weaken support for its presence in the region. Already, the U.S. has been condemned for its strikes against Kataib Hezbollah and Soleimani by the Iraqi government – ostensibly an ally and a needed partner for its campaign against Iran.

As for de-escalating the crisis, it's not clear who could do this and how this might be done. Part of the current crisis is the result of the U.S. having withdrawn from the Joint Comprehensive Plan of Action (JCPOA) in which Iran suspended its nuclear program in exchange for the international community removing sanctions against it. Along with the U.S., the E3 (the UK, France and Germany) and Russia and China were signatories.

So far, the E3 have taken the lead – and struggled – to maintain the JCPOA. Last year, they created an instrument to enable European companies to continue trading with Iran on a limited number of goods while not being penalized by American sanctions. But the mechanism hasn't been able to generate sufficient exchange or overcome the crippling impact on the Iranian economy. And an attempt by French President Emmanuel Macron to mediate between the U.S. and the Iran directly at the G7 summit in Biarritz in August made little headway.

Part of the reason for Europe's difficulties is the lack of common ground between themselves and Trump over a number of issues, including on NATO, climate change and free trade. In addition, the Europeans have been internally distracted. The UK's attention has been largely diverted by a general election and Brexit while a political transition is taking place in Germany as Chancellor Angela Merkel is preparing to leave the stage.

Looking ahead then, the prospects for managing and containing the tensions between the U.S. and Iran look poor. We're likely to see the confrontation between the two harden and attacks increase, especially in the Gulf region.