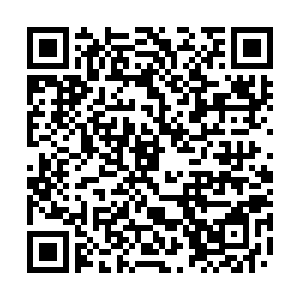 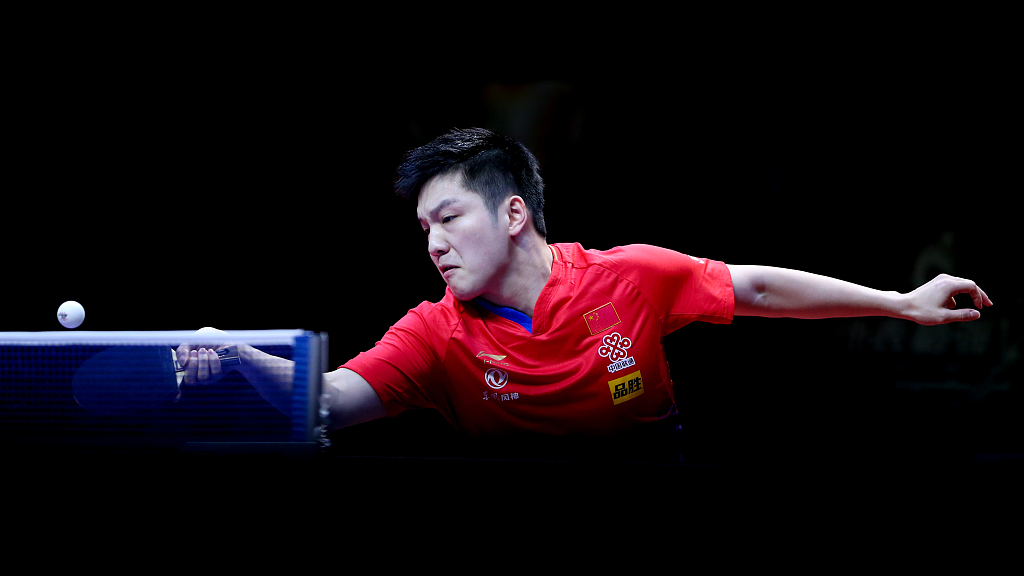 World Cup winner Fan Zhendong stormed into the last three of the men's singles at the 2020 The Marvellous 12 in Shenzhen on Friday. The final three will face off in a round-robin format to decide the winner and who will get a place at the event in Busan this March as well as the prize money of one million yuan.

Fan reclaimed his world number one spot from Xu Xin in the latest world rankings but lost the first game to Lin Gaoyuan. Fan strengthened his forehand attack and grabbed the next three for a 3-1 lead. Lin, however, did not give up and took the fifth 11-9 with a backhand winner. But Fan regained his form in the sixth and beat Lin 4-2 to reach the last three.

World No. 1 Fan said after his win: "I think I performed well during the match. But I still made some mistakes, especially when I lost the first game. If I play in important games, sometimes I'm like this. But I fought back in the second and won the match."

Meanwhile, Xu Xin defeated Liang Jingkun, but not before Liang took the first two games 11-7, 13-11. Xu fought back brilliantly and leveled at 2-2 after winning the next two. Xu and Liang then split the next pair and forced the match into a decider. Then, Liang leveled the score at 10-10 before Xu eventually won the game 13-11 and the match 4-3 to reach the last three.

Career Grand Slam winner Ma Long lost against Zhou Qihao in another fierce contest. Zhou, who got a victory over Ma two years ago, grabbed the first 11-7. Ma made full use of his forehand attack to take the next two games. But Zhou didn't give up and won fourth and fifth before Ma claimed the sixth.

In the decider, Ma made several mistakes and handed Zhou the game 11-6 and the overall contest 4-3. In another match of the day, Zhou joined Fan and Xu to progress into men's singles national trials last three. 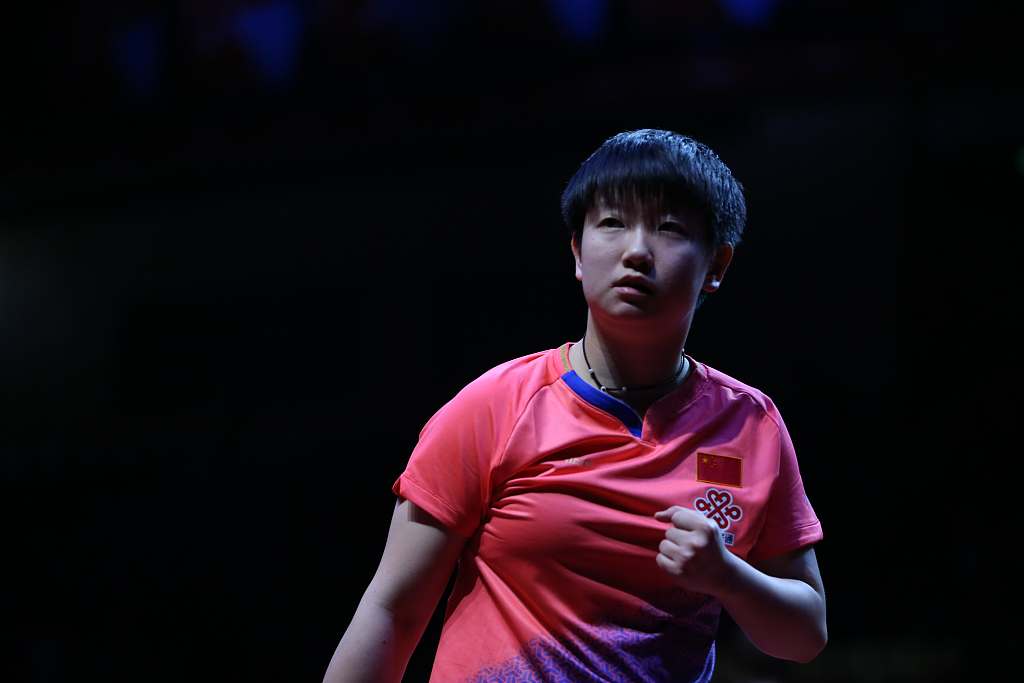 On the women's side, world number six Sun Yingsha got past Wang Manyu, who is three places above her, 4-3 to secure a spot in final three. Sun went in front with a 3-1 lead but Wang fought back in the fifth to make it 10-6. The world number three held on to claim the game 11-6. Tied at 8-8 in the sixth, Wang seized an opportunity for a break, and went on to take it to force a decider. But following a poor return from Wang in the seventh, the victory was handed to Sun as she reached top three with a 4-3 win.

World No. 6 Sun said after the match, "I wasted two opportunities in the fifth, which disrupted my rhythm for a while. But that was also a part of the match I expected, because I knew that she is a tough player with a strong mind, so I didn't feel surprised for her come-back later on."

Earlier, World No. 1 Chen Meng defeated Chen Xingtong. The World No. 7 performed well to lead 2-1 and went on to win the third 11-9. But Chen Meng took the following two games to level things up at 3-3. She enhanced the attack in the decider to finally win the game 11-6 and reach the top three.

Meanwhile, Zhu Yuling defeated Ding Ning for another top three spot. Zhu started well to go 2-0 ahead, and extended the advantage to three after a 11-1 win in the third.

Trailing by three, Rio Olympic champion Ding took three consecutive games to force a decider. But Zhu was still able to hold in the seventh, and won the game 11-7, 4-3 overall to reach the top three.