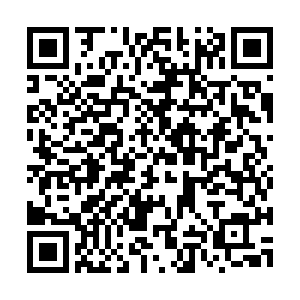 Social media platforms are abuzz with discussions on a 2010 photo captioned, "He shoulders his family's burden and holds their future in his hand." 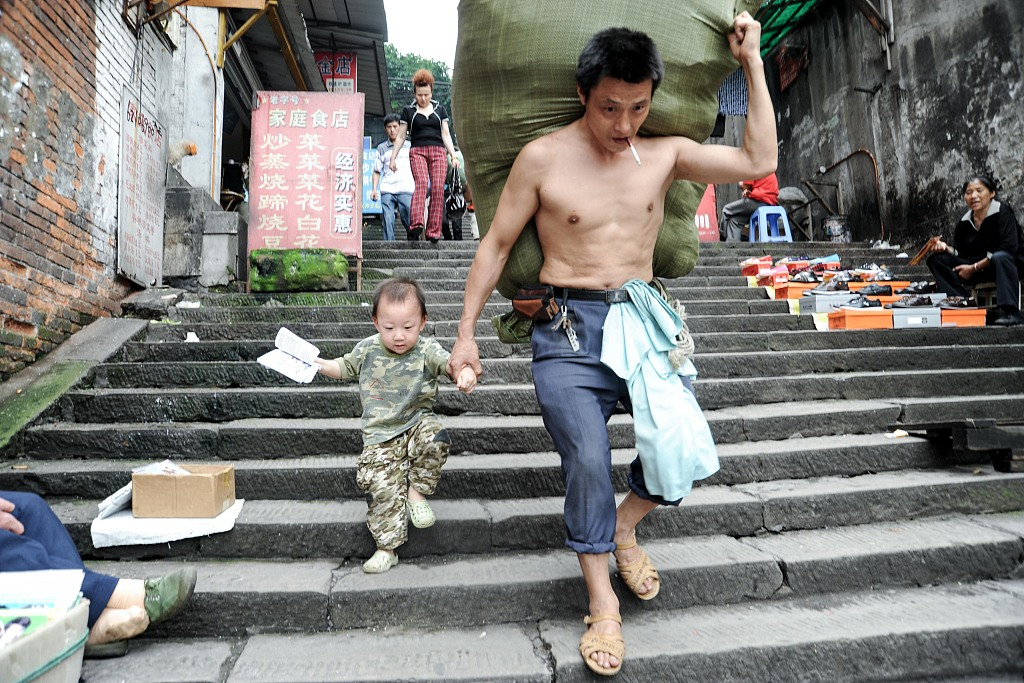 In 2010, an itinerant porter was captured carrying a load of over a hundred kilograms on his shoulders and walking down a hill at Chaotianmen Port in southwestern China's Chongqing Municipality along with his 3-year-old son. Netizens were touched by the man's love for his son and responsibility to his family.

Ten years on, in 2020, how has their life changed? Photographer Xu Kangping took a journey back to the city and talked to the porter named Ran Guanghui. 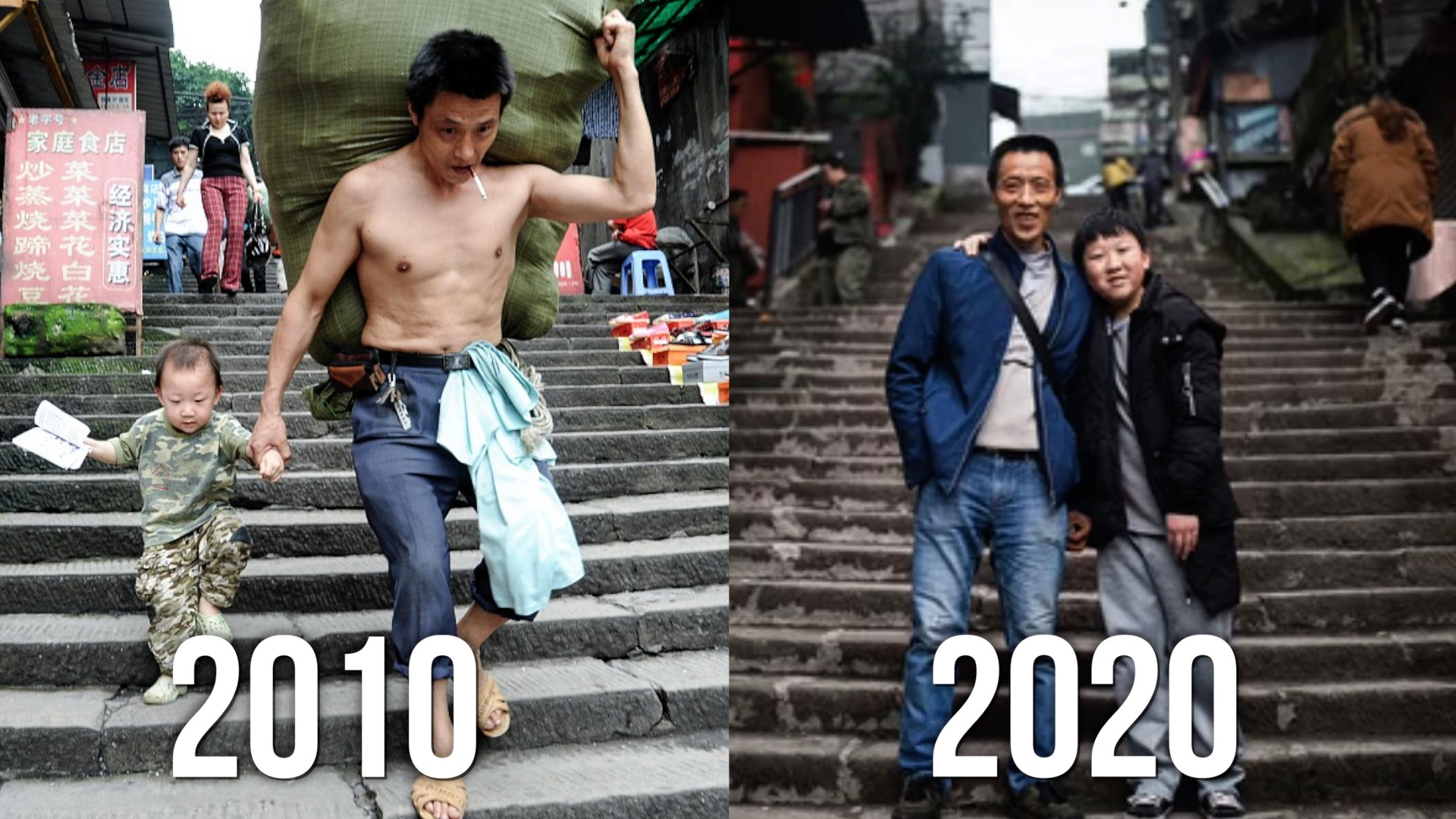 After a hard work of 10 years, Ran has moved out of a rented house and shifted to a new apartment with his family in the city center. His 3-year-old son has grown up and studies in middle school. The young boy is the president of his class.

Ran's career as a "bang-bang man"

Ran is a member of the "bang-bang army" – this is how locals call the itinerant porters in the city as they usually work with a bamboo shoulder pole called bangzi in Chinese.

Since the city has been built on a hilly terrain, itinerant porters remain in high demand for carrying goods up and down the hill. One can find the streets of central Chongqing lined with these "bang-bang men." They carry loads weighing up to a hundred kilograms. 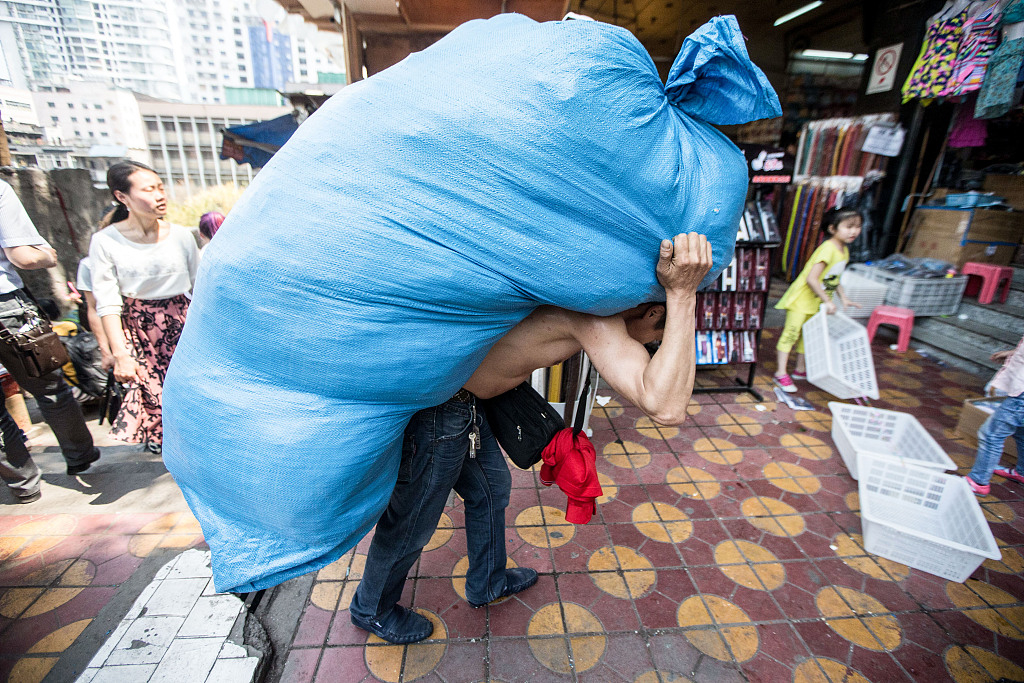 Ran Guanghui is seen carrying a huge sack on his back.

Ran Guanghui is seen carrying a huge sack on his back.

People usually pay 10 yuan for carrying a 100-kilogram sack from the ground floor to the tenth floor. For Ran, his daily work load is around a ton. In the past 10 years, he has carried sacks weighing over 3,500 tons in total.

After the photo went viral, Ran became famous in the area and started receiving more job calls as people recognized him as a reliable porter.

"The happiest thing is my son is grown up"

What the photograph recorded in 2010 was not an isolated incident. Ran was seen working with his son on a daily basis.

"My wife was working at a restaurant so I had to take care of my child," Ran said in a recent interview with Tencent News. "I took him to work and he knew he must walk on his own as I was working." 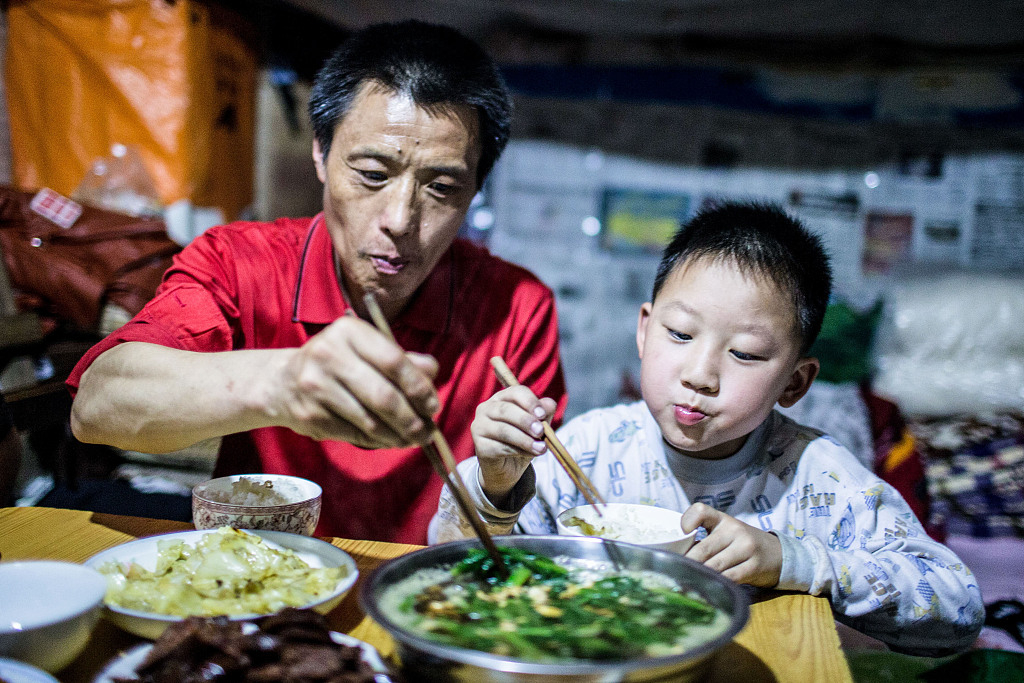 Back in 2009, Ran and his family rented an apartment for 300 yuan per month. It was in 2016 that he finally gathered enough money for making down payment for his own apartment, which was bigger, brighter and better located.

"My father is a great person," Ran's son Junchao commented on the photo for the first time. "I knew he had back pain but I could do nothing. I was heartbroken."

The little boy believes that working as a "bang-bang man" is not an inferior job as the porters earn their living in a decent way.

"I want to be a great man like my father," he said. 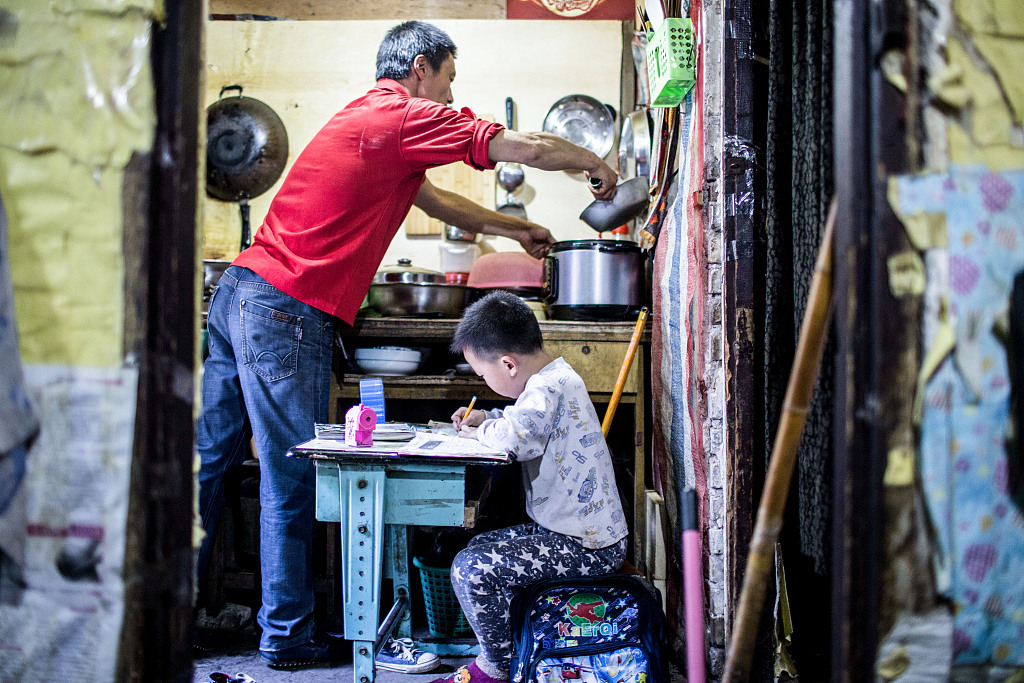 Ran Guanghui is preparing a meal while his son studies in the kitchen.

Ran Guanghui is preparing a meal while his son studies in the kitchen.

Ran is proud that his son does not need to study in the kitchen anymore as he now has a desk in his own bedroom. At the same time, his wife does not need to worry about rising rents and leaky roofs. He said the best time of his day is watching TV with his family every night at his new home.