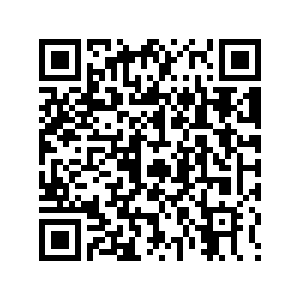 In Netflix's new fantasy series "The Witcher," students who fail at the Aretuza academy are turned into eels, so they can lend their magic power to the tower. This is not for the first time eel has been portrayed in a story.

There is a legend called Sina and the Eel in Samoan mythology, in which an old king transforms himself into an eel by magic, so he can visit a beautiful girl named Sina. After the death of the eel, Sina planted its head in the ground, from which a coconut tree grew. In Samoan mythology, this explains the origin of the first coconut tree. 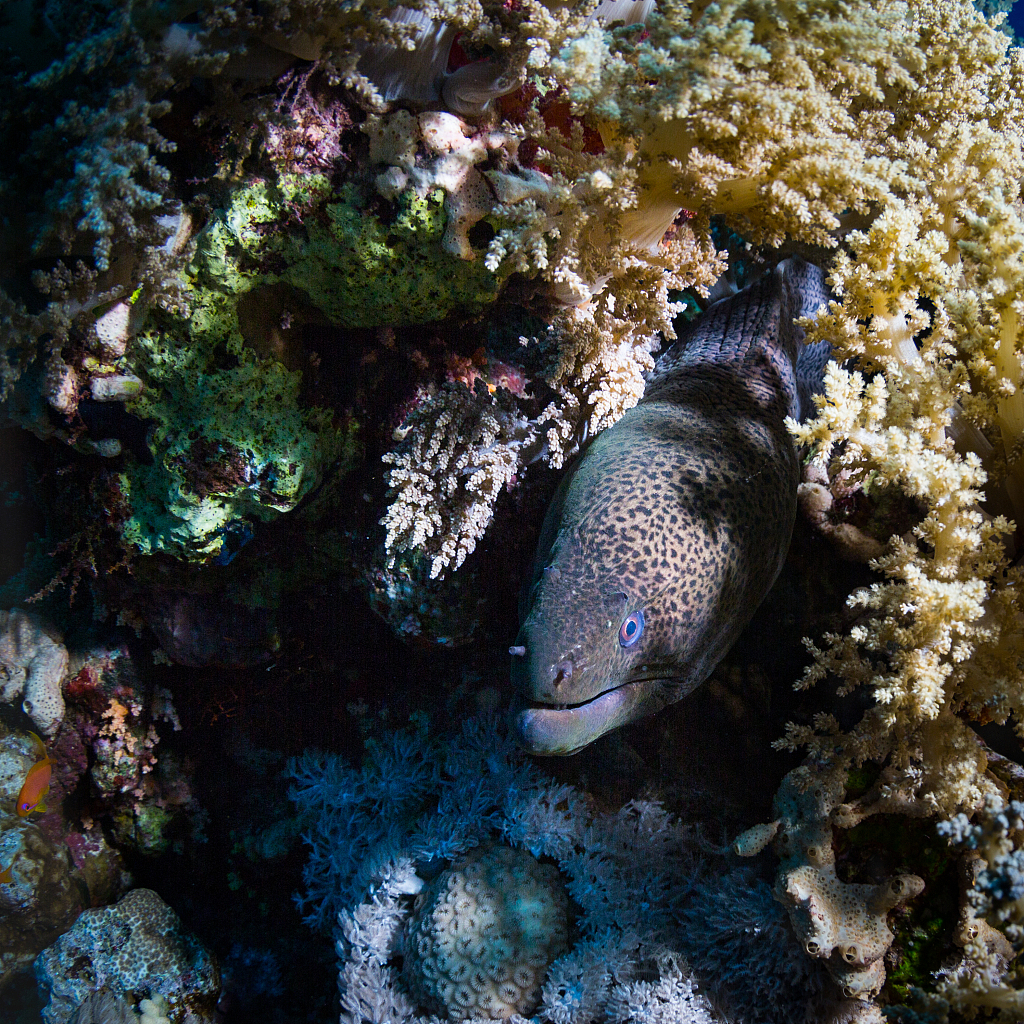 An eel in the ocean.

An eel in the ocean.

Though eels look like snakes, they are actually fish. They have very sharp teeth and usually live in caves.

Eels only spawn once in their life. Some species of eels travel over seven months, covering a distance of up to 6,400 kilometers to breed. They don't eat during the journey, and die soon after completing their breeding duties. Eels spend most of their life in rivers and lakes. Before they return to their oceanic womb, their eyes get bigger so they can have clearer vision in the deep ocean water.

Between August and December, thousands of eels begin their one-way migration. It's considered one of the great animal migrations by scientists. Till today there are still many mysteries about the migration to be resolved.

Here are some photos of the eel. 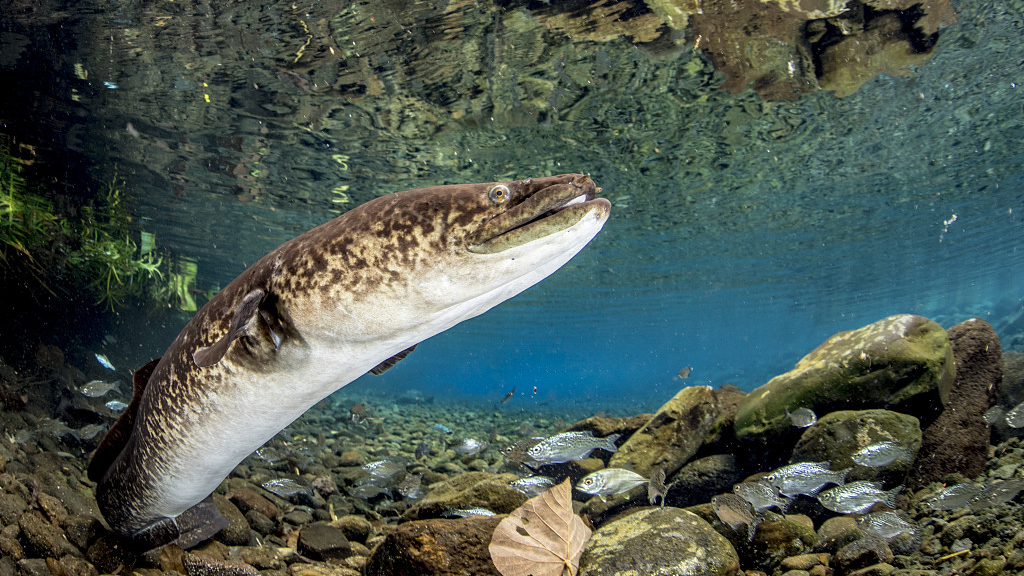 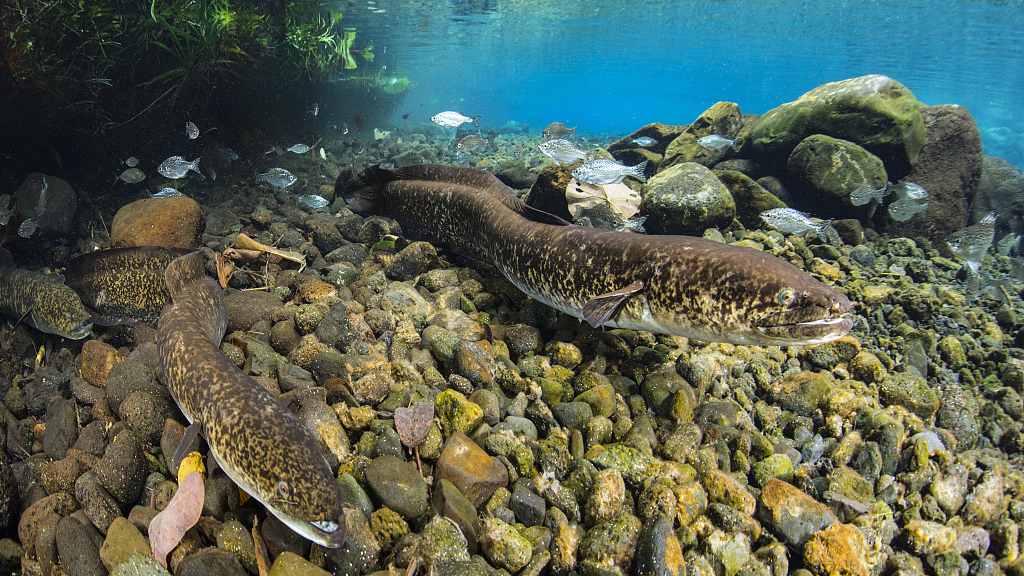 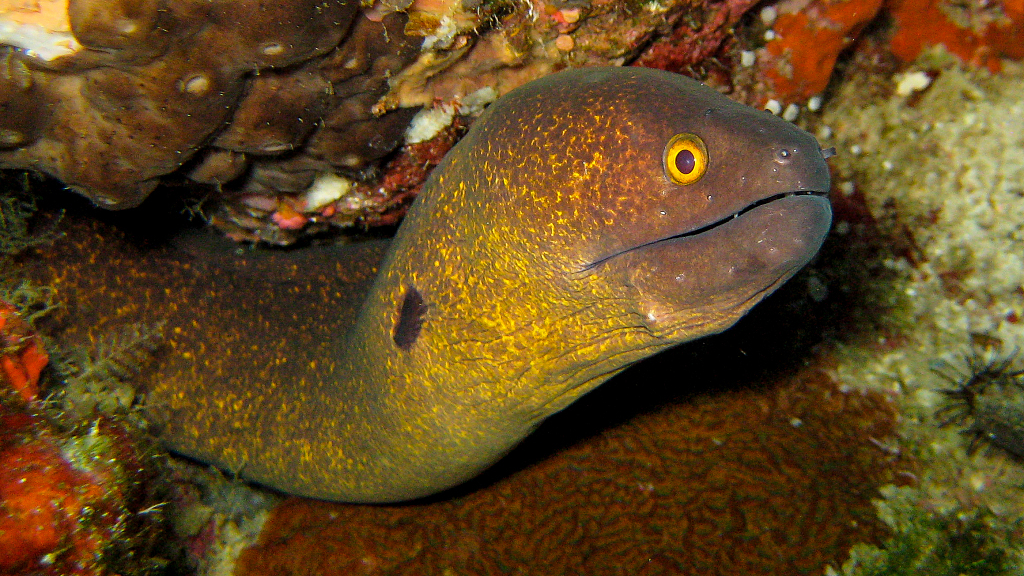