Nadal and Djokovic off to winning starts at ATP Cup
CGTN 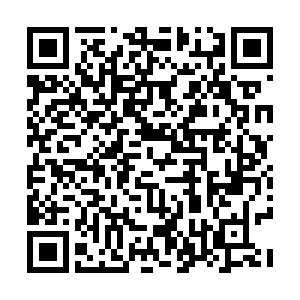 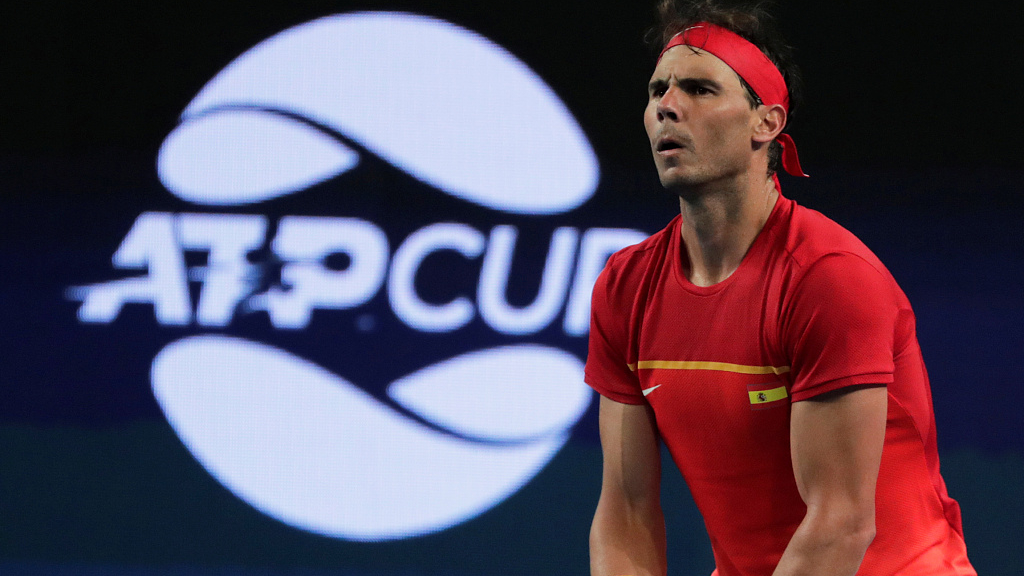 Rafael Nadal and Novak Djokovic kickstarted their build-up to the Australian Open with straight sets wins at the ATP Cup Saturday, but world number four Dominic Thiem slumped to defeat.

Top-ranked Nadal had little trouble with Georgia's Nikoloz Basilashvili, racing to a 6-3, 7-5 victory, while long-time rival Djokovic was given more of a test by South Africa's Kevin Anderson before overcoming him 7-6 (7/5), 7-6 (8/6).

Their wins ensured Spain and Serbia clinched their ties at the inaugural 24-nation team event, where the countries are split into six groups across Sydney, Brisbane and Perth.

The top eight from the round robin go onto the knockout phase in Sydney before one is eventually crowned the winner.

"I'm super, super happy to be here in Perth for first time in my life. It's an amazing arena and a great crowd," said Nadal.

"It was tough first match of the season, not an easy start. But I think I played a great game." 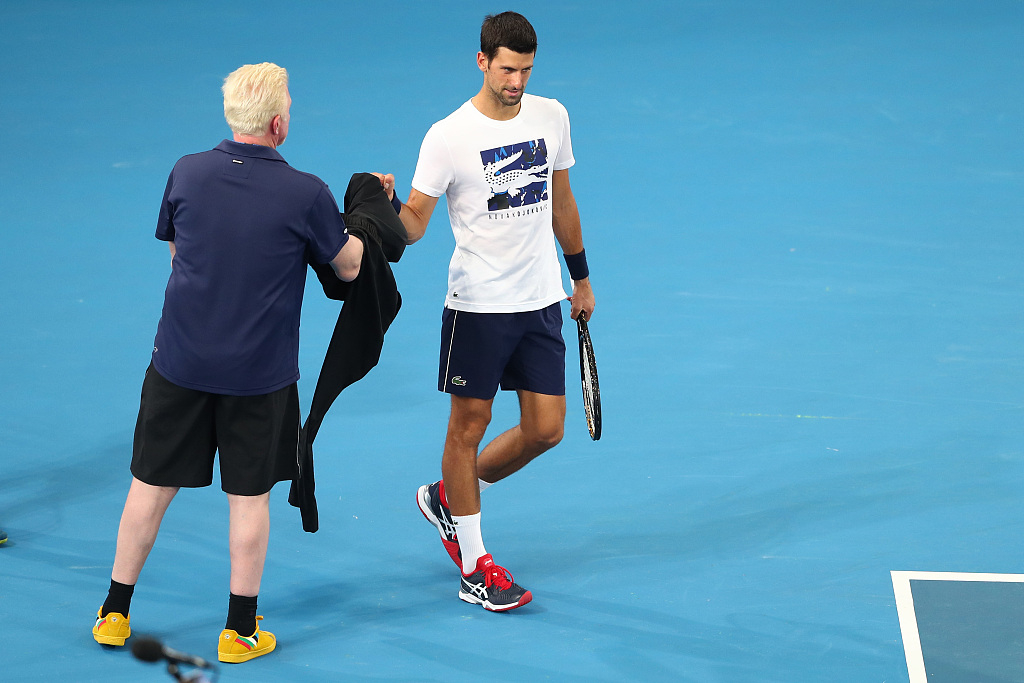 Boris Becker and Novak Djokovic of Serbia talk during a practice session ahead of the 2020 ATP Cup Group Stage at Pat Rafter Arena in Brisbane, Australia, January 2, 2020.

Boris Becker and Novak Djokovic of Serbia talk during a practice session ahead of the 2020 ATP Cup Group Stage at Pat Rafter Arena in Brisbane, Australia, January 2, 2020.

Serbian superstar Djokovic needed to produce some of his best tennis to see off the big-serving Anderson, admitting it was a testing encounter.

"What a way to start the year," he said. "He was on fire tonight – I think the quality of tennis was quite high. "I was very pleased with the way I kind of weathered the storm."

Austria's Thiem, who won five titles last year, had six break points in the third set against Croatia's Borna Coric, but failed to convert any of them, and lost the match by 7-6 (4), 2-6, 6-4, which marked a 3-0 sweep for Croatia over Austria.

"It's really nice to beat him because at the end of last season I was not playing well and this will give me a lot of confidence," said Coric, ranked 28 and who suffered six losses in a row in late 2019.

The most dominant win of the day came courtesy of Japan, who are without the injured Kei Nishikori but crushed Uruguay 3-0 in Perth, dropping just 15 games across their two singles and one doubles rubbers.

French duo Gael Monfils and Benoit Paire, both in the top 25, led their country to a 2-1 Group A win over Chile, while Argentina scraped past Poland by the same score.

But it was a struggle for the South Americans with Polish number one Hubert Hurkacz upsetting world number 14 Diego Schwartzman in three sets.

Guido Pella won the other singles before Maximo Gonzalez and Andres Molteni teamed to down Hurkacz and two-time Grand Slam winner Lukasz Kubot in the deciding doubles.

Some 15 million U.S. dollars in prize money is at stake in the tournament, with up to 750 singles and 250 doubles ATP rankings points up for grabs.

Under the innovative tournament rules, on-court coaching is allowed and team zones are in the corners of the court, rather than on the sidelines by the umpire.