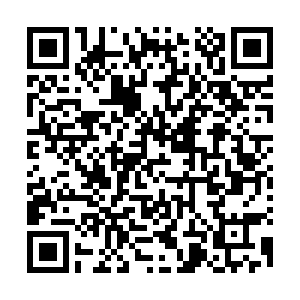 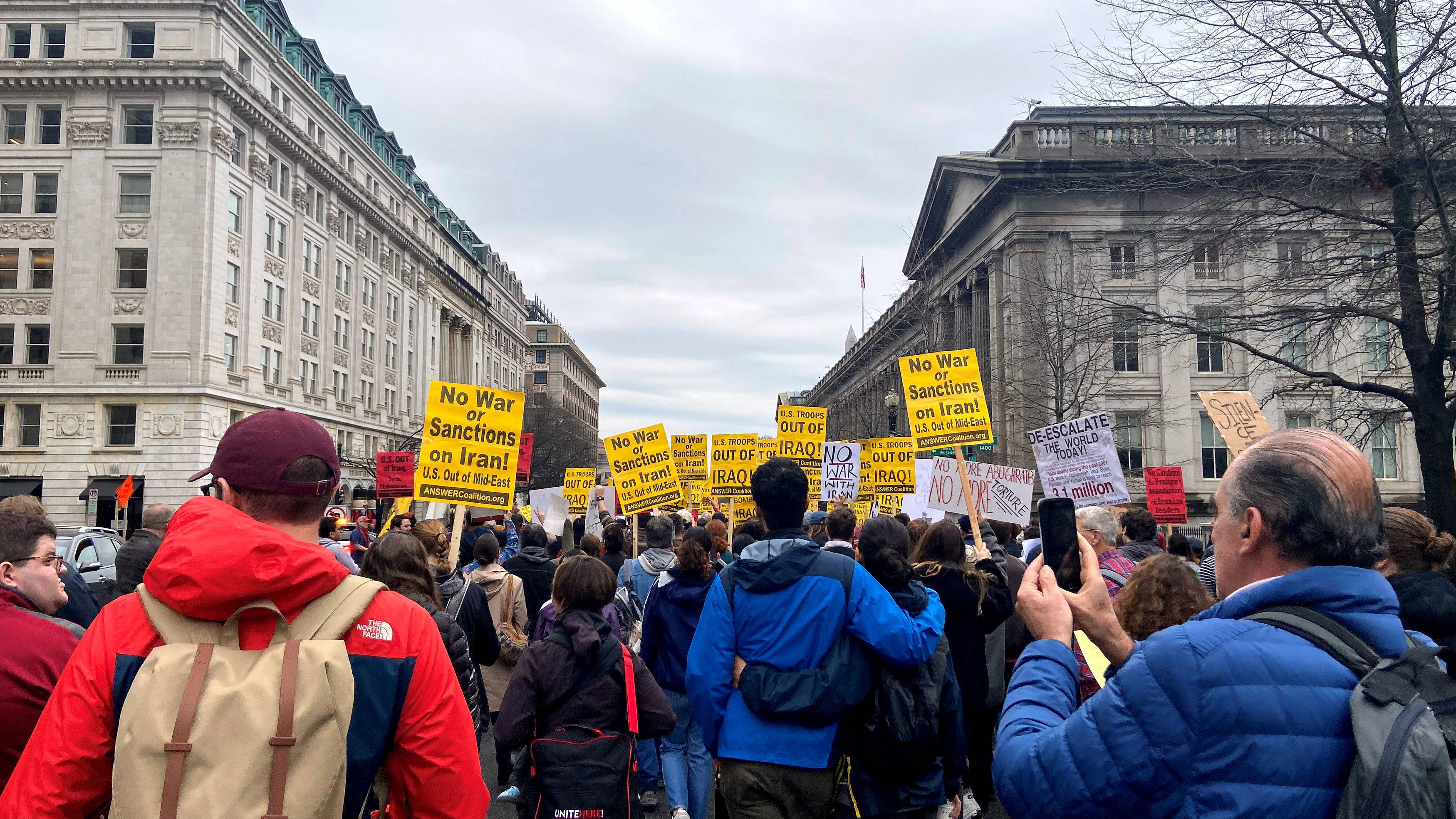 Editor's note: Richard N. Haass is the president of the Council on Foreign Relations. His next book, The World: A Brief Introduction, is coming in May. The article reflects the author's opinions, and not necessarily the views of CGTN.

The United States emerged from the Cold War some three decades ago possessing a historically unprecedented degree of absolute and relative power. What is baffling, and what will surely leave future historians scratching their heads, is why a series of U.S. presidents decided to devote so much of this power to the Middle East and, indeed, squander so much of America's might on the region.

This pattern can be traced back to George W. Bush's war of choice against Iraq in 2003. The U.S. did not need to go to war there at that moment; other options for containing Saddam Hussein were available and to a large extent already in place. But in the aftermath of the September 11, 2001, terrorist attacks, Bush decided that he must act, whether to prevent Saddam's development and use of weapons of mass destruction, to signal that America was no helpless giant, to trigger a region-wide democratic transformation, or some combination of the above.

His successor, Barack Obama, entered office determined to reduce American involvement in the region. Obama removed U.S. troops from Iraq and, although he initially increased the number of U.S. troops in Afghanistan, set a timetable for their withdrawal. The big strategic idea of his administration was "rebalancing": U.S. foreign policy should de-emphasize the Middle East and focus more on Asia, the principal theater in which the world's trajectory in the new century would be decided.

But Obama had trouble seeing this strategy through. He never completely withdrew U.S. forces from Afghanistan, reintroduced them into Iraq, and undertook an ill-conceived military campaign against Libya's leader that resulted in a failed state. Obama also voiced support for regime change in Syria, although in that case his reluctance to involve the U.S. further in the Middle East won out.

When Donald Trump succeeded Obama close to three years ago, he was determined not to repeat the perceived mistakes of his predecessor. "America First" signaled a renewed emphasis on domestic priorities; economic sanctions and tariffs, rather than military force, became the preferred national security tool. The boom in domestic oil and natural gas production had made the U.S. self-sufficient in terms of energy, thereby reducing the direct importance of the Middle East. 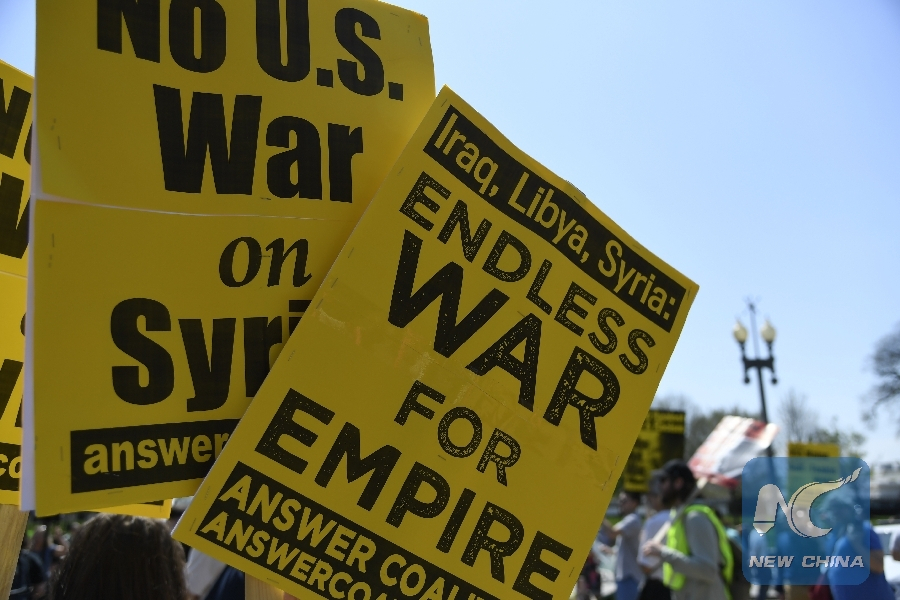 To the extent foreign policy remained a U.S. priority, it was to manage renewed great-power rivalry, above all the challenges posed by China in Asia and Russia in Europe. Indeed, China and Russia were singled out for criticism in the 2017 National Security Strategy for wanting "to shape a world antithetical to U.S. values and interests."

In the Middle East, Trump went out of his way to shrink the U.S. footprint and commitment. He looked the other way when Iran attacked oil tankers, U.S. drones, and Saudi oil refineries, and turned his back on the Kurds in Syria, although they had been America's partner in defeating ISIL there. "Let someone else fight over this long-bloodstained sand," was what Trump had to say this past October. The principal exception to this avoidance of military action was the U.S. strike in late December 2019 on sites associated with Kataib Hezbollah, an Iran-backed militia accused of launching an attack days before that killed an American contractor and injured several service members.

It is against this backdrop that Trump ordered the targeted killing of General Qasem Soleimani, by most accounts the second most powerful man in Iran. What prompted him to do so remains unclear. The administration claims it had intelligence that Soleimani was planning new attacks on U.S. diplomats and soldiers. But the decision to act also could have been motivated by images of the U.S. embassy in Baghdad under attack from Iran-supported militia – images that recalled the siege and subsequent hostage-taking at the U.S. embassy in Tehran in November 1979 or of the 2012 attack on the U.S. consulate in Benghazi that Republicans used to criticize then-Secretary of State Hillary Clinton. Another contributing factor might have been a tweet attributed to Iran's Supreme Leader Ayatollah Khamenei that taunted Trump by saying, "You can't do anything."

Given Soleimani's standing, Iran is unlikely to back down. It has many options at its disposal, including a wide range of military, economic, and diplomatic targets in many countries in the region. It can operate directly or through proxies; it can use armed force or cyberattack. The U.S. could well find itself with no alternative but to devote more military resources to the Middle East and to use them in response to what Iran does, a path that could lead to additional Iranian provocations. And that shift would occur at a time of growing concern about the Democratic People's Republic of Korea's nuclear and missile programs, Russian military threats to Europe, the weakening of arms-control arrangements meant to curb U.S.-Russian nuclear competition, and the arrival of a new era of technological, economic, military and diplomatic competition with China.

The premise of my commentary in December was that the U.S. was increasingly distancing itself from the Middle East, owing to domestic frustration with what wars there have wrought, reduced energy dependence on the region, and a desire to focus its resources elsewhere in the world and at home. It could well be that I got it wrong – or that Trump has, by embarking on a course of action without first thinking through the strategic consequences.