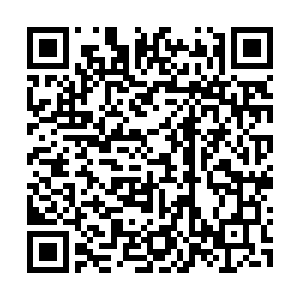 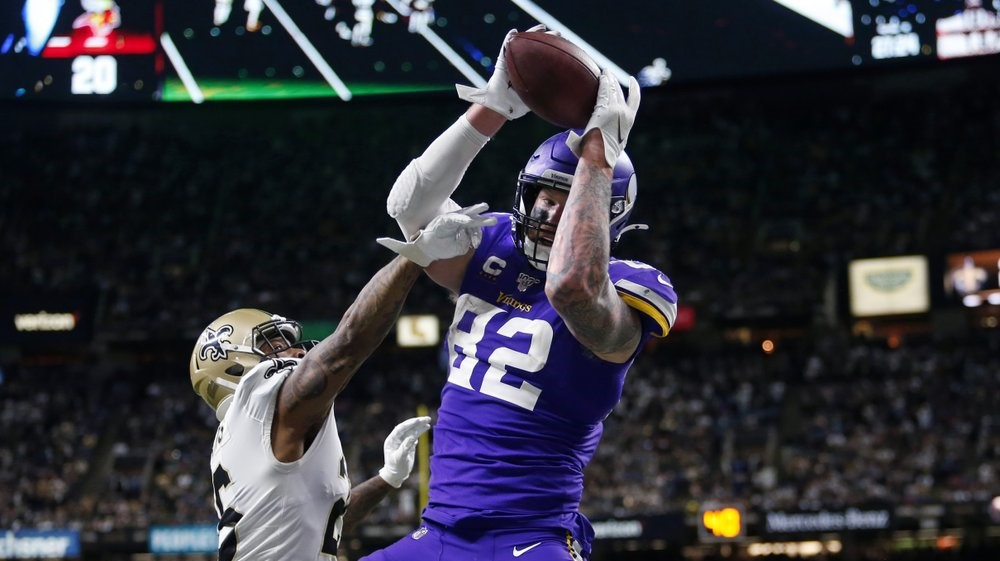 Kyle Rudolph #82 of the Minnesota Vikings pulls in the game-winning touchdown pass in the NFL wild-card playoff game against the New Orleans Saints at Mercedes-Benz Superdome in New Orleans, Louisiana, January 5, 2020. /AP Photo

Kyle Rudolph #82 of the Minnesota Vikings pulls in the game-winning touchdown pass in the NFL wild-card playoff game against the New Orleans Saints at Mercedes-Benz Superdome in New Orleans, Louisiana, January 5, 2020. /AP Photo

After tight end Kyle Rudolph emerged from a purple swarm of celebrating Vikings near the corner of the end zone, he took an opportunity to mock those who doubted quarterback Kirk Cousins' ability to come through in the clutch.

Cousins hit Rudolph with a 4-yard fade on third-and-goal in overtime, and the Minnesota Vikings pulled out a 26-20 victory over the favored Saints in the wild-card round of the NFC playoffs on Sunday.

Cousins lost his only previous playoff start in 2015 with Washington, came up short of a playoff berth on the final regular-season game a year ago and struggled in a handful of other high-profile regular-season night games.

Yet Cousins eschewed an opportunity to gloat after his pass to Rudolph – and a 43-yarder to Adam Thielen at the Saints 2-yard line three plays earlier – helped the Vikings (11-6) advance to play top seed San Francisco in the divisional round of the playoffs on Saturday. It was Minnesota's first road playoff win since Jan. 9, 2005, when the Vikings beat the rival Packers at Lambeau Field in the wild-card round.

Saints fans begged to differ after seeing New Orleans' season end in overtime in the Superdome for a second straight year.

The latest disappointing end for the Saints (13-4) came nearly a year after New Orleans lost in the NFC championship game to the Los Angeles Rams in a game marred by missed Rams penalties late in regulation. This time, replays on video boards showed a possible push-off by Rudolph against defensive back P.J. Williams moments before he jumped to snag the winning catch.

NFL president of officiating Al Riveron said the league reviewed numerous replay angles, and while they saw contact by both players, "none of that contact rises to the level of a foul."

Dalvin Cook gained 130 yards from scrimmage and scored two touchdowns after missing the last two regular-season games with a shoulder injury. Cousins finished with 242 yards and one TD passing.

"Being a fourth-round pick and kind of working your way up in the league – now you win a playoff game. Guess what? You look around and you realize there's more mountains to climb," Cousins said. "You just keep chasing the next mountain and there will always be people who are going to criticize you – and that's OK."

New Orleans trailed by 10 at the start of the fourth quarter but forced overtime with Drew Brees' 20-yard touchdown pass to Taysom Hill and Wil Lutz's 49-yard field goal with 2 seconds left.

"They made more plays than we did," Payton said. "They ran the ball better than we did."

Hill was the Saints' leading rusher with 50 yards and Alvin Kamara was held to 21 yards rushing on seven carries.

"Both defenses played well," Payton added. "Shoot, here you are in overtime and they made a few plays right there at the end that obviously were significant." 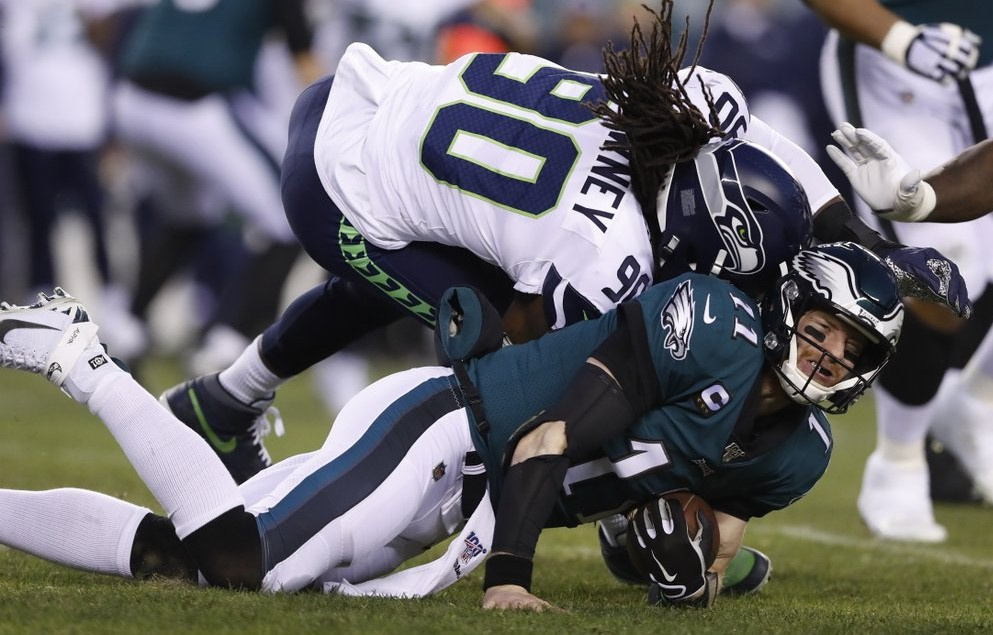 At Philadelphia, the Eagles suffered a major setback when quarterback Carson Wentz went out in the first quarter after taking a helmet-to-helmet hit from Seattle's Jadeveon Clowney.

Josh McCown, a 17-year NFL veteran who had retired and worked as a TV commentator before returning to the Eagles at age 40, made his playoff field debut by replacing Wentz, who missed the end of Philadelphia's two prior campaigns after knee and back injuries.

A 5-yard touchdown run by Seattle's Marshawn Lynch with 66 seconds remaining in the second quarter lifted the Seahawks to a 10-3 half-time lead.

Seattle's Jason Myers had kicked a 49-yard field goal to open the scoring but Jake Elliott answered with a 46-yard kick for Philadelphia.

Elliott added a 26-yard field goal on the first Eagles drive of the third quarter but the Seahawks answered when Russell Wilson connected with D.K. Metcalf on a 53-yard touchdown pass to give Seattle a 17-6 advantage.

"We stayed consistent. We answered the call," Wilson said. "More than anything else we believe – there's no doubt in us."

Elliott added a 38-yard field goal later in the third quarter but the Eagles failed twice on fourth downs deep in Seattle territory in the fourth quarter to surrender the ball and Seattle ran out the clock to seal the victory.