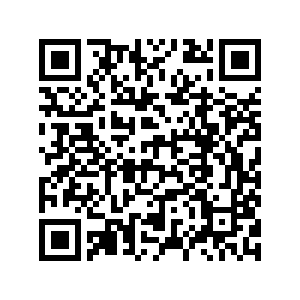 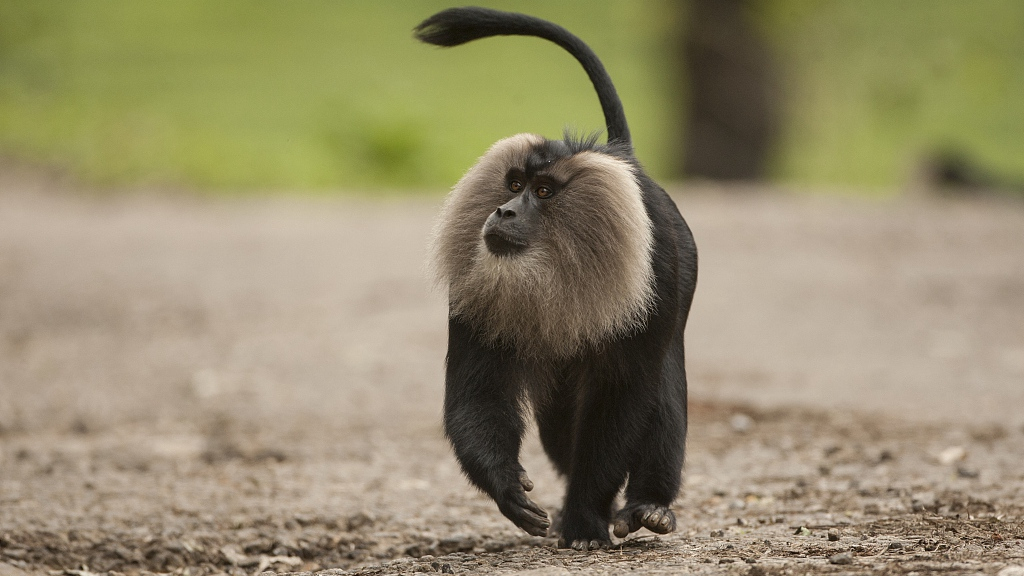 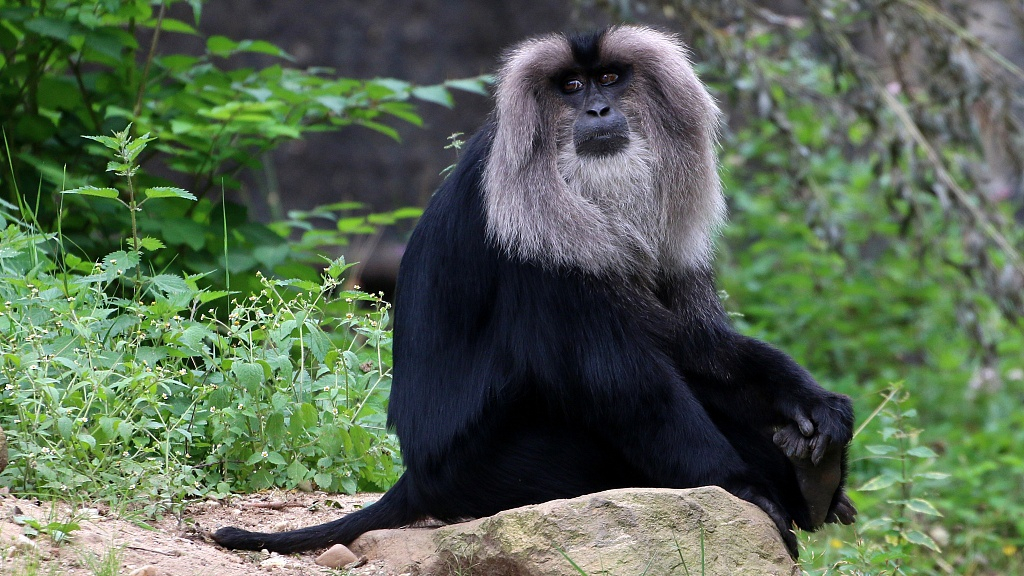 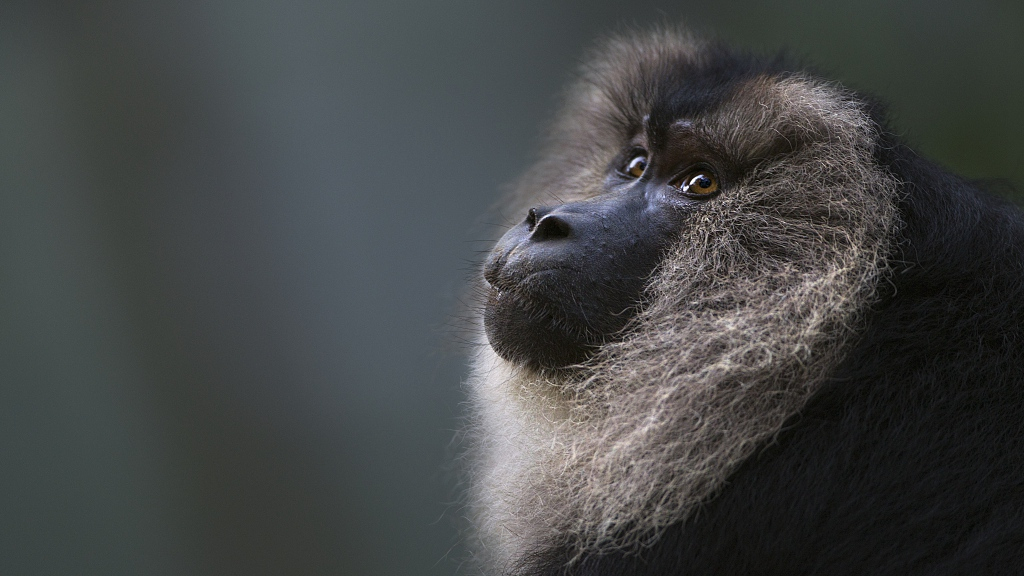 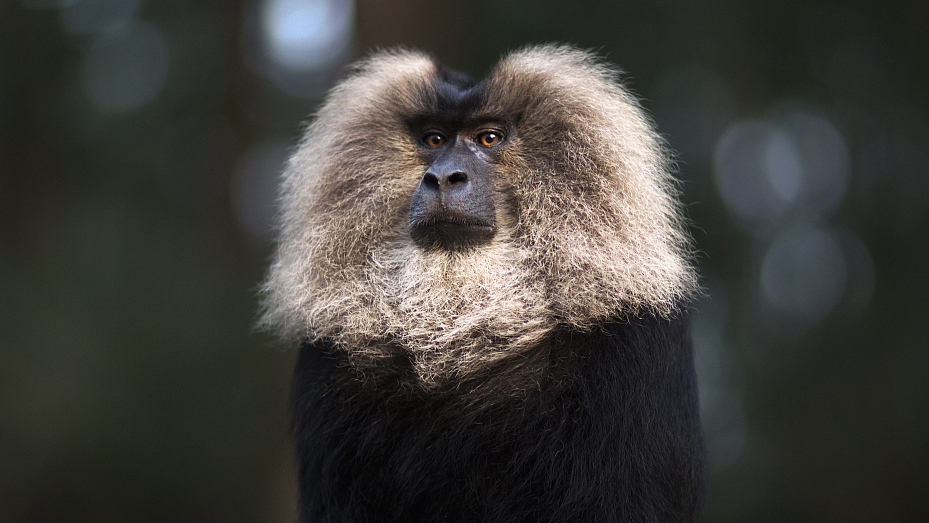 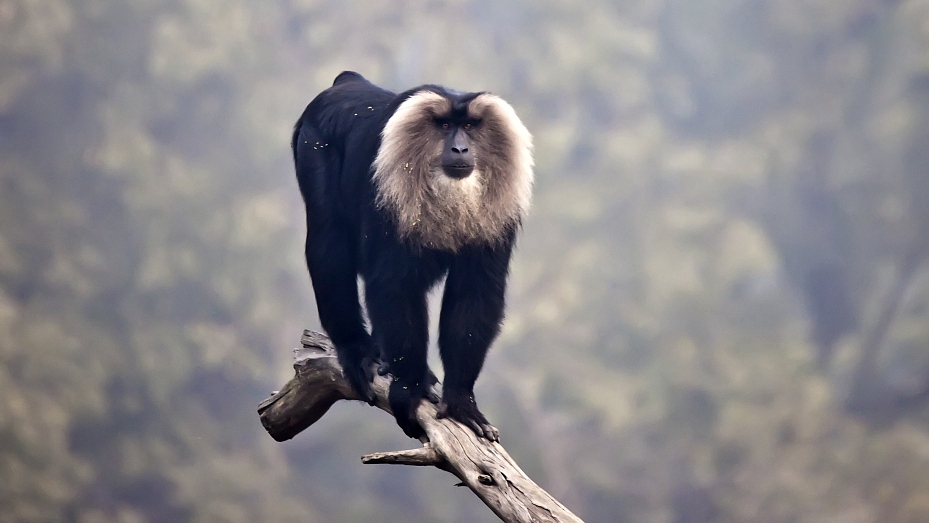 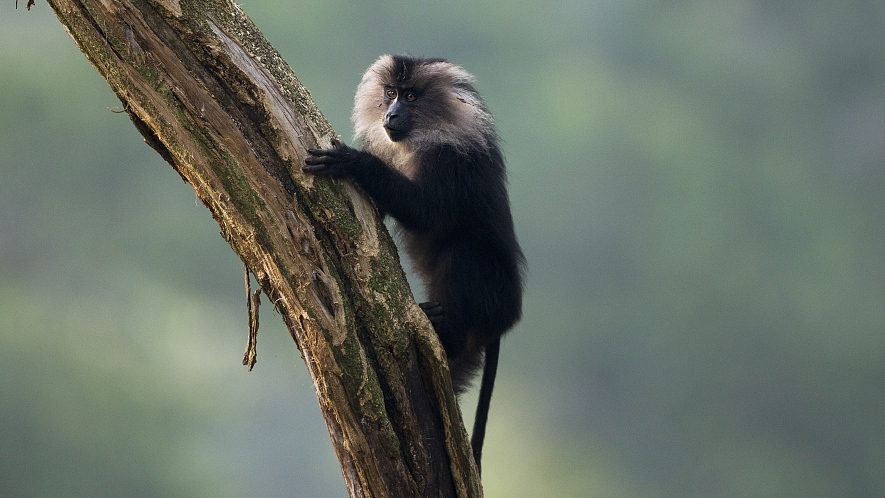 In the rainforest of a small and narrow strip-shaped area called the Western Ghats in southwestern India, dwells a group of peculiar monkeys known as the lion-tailed macaques.

These monkeys earned their names from their distinctive appearance. Both males and females have a majestic grayish-white mane around their face. The black tufts of fur at the end of their tails are much like a lion's tail, although males' tufts are more defined than that of females. Their young are born with lighter faces and their manes do not grow until they are about two months old. 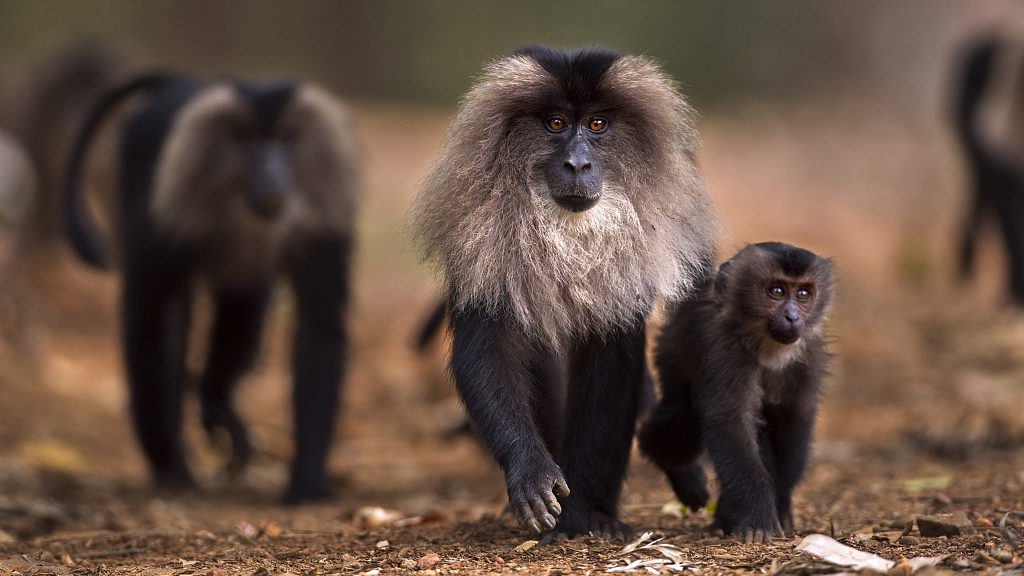 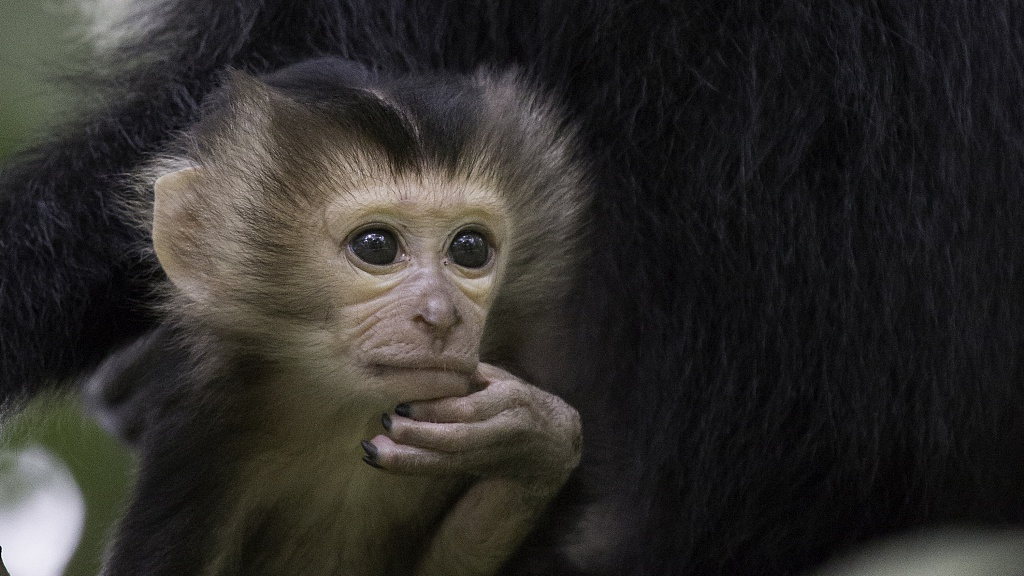 With such majestic appearance, the lion-tailed macaque is, by contrast, quite small in size. It is only around 40 to 60 centimeters in length, weighs up to ten kilograms, and is one of the smallest among the 23 species of macaques spread across Asia, North Africa, and Gibraltar. 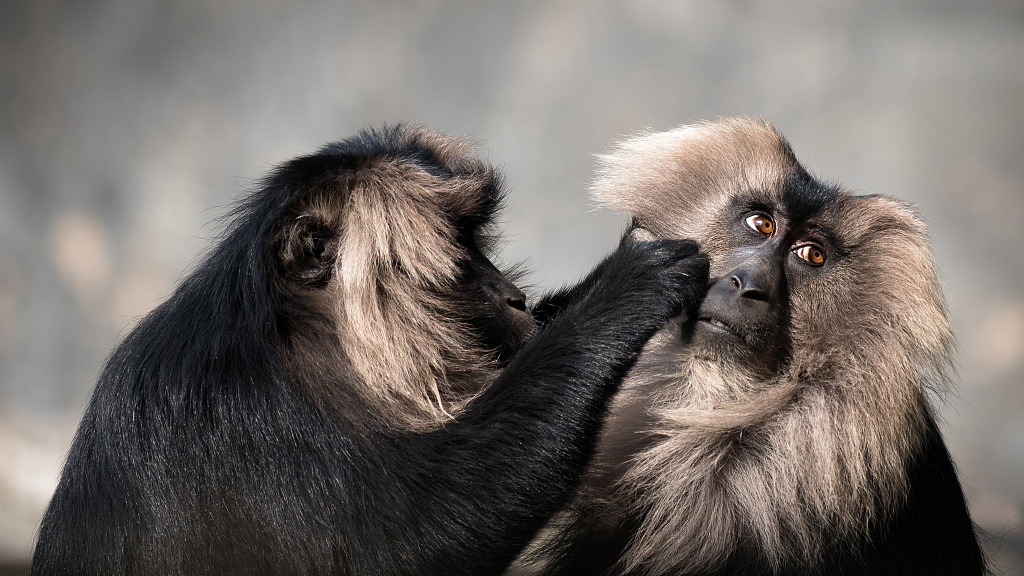 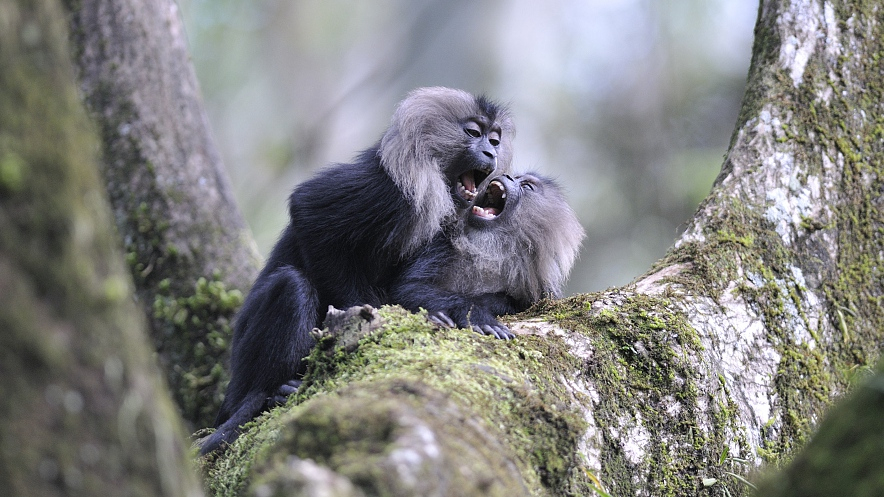 Like other macaques, the lion-tailed macaques have large cheek pouches. These pouches can hold almost the same amount of food that their stomach can hold. They also have a tough pad of skin on their buttocks that allows them to sit and sleep on tree branches like many other Old World monkeys that are native to Asia and Africa today. 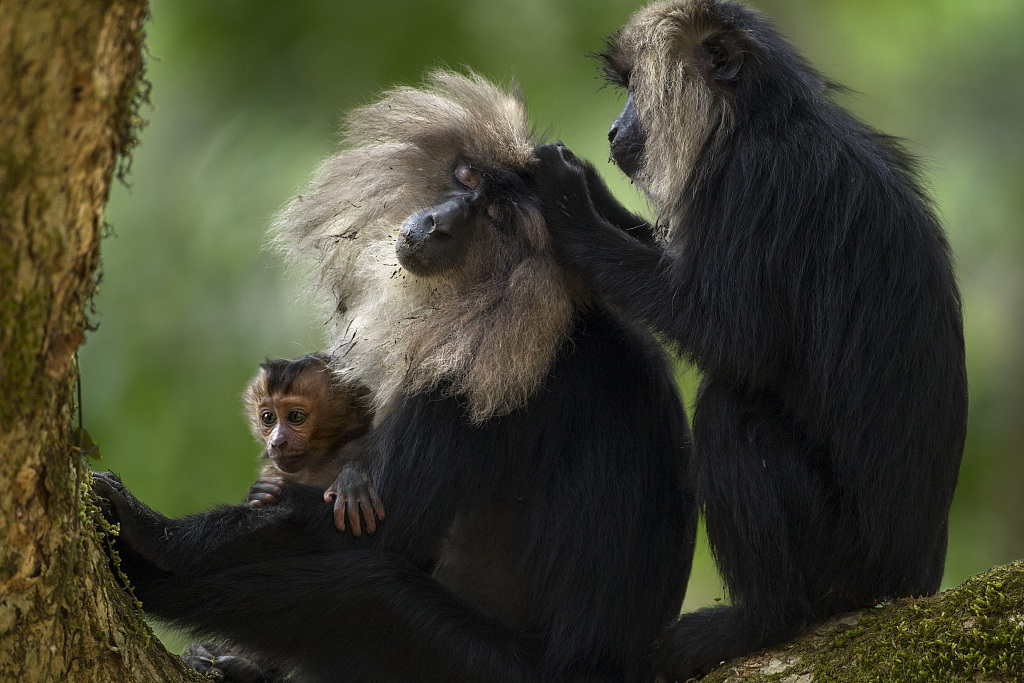 Unfortunately, with a wild population of less than 2,500, the lion-tailed macaque is one of the most endangered species in the world. Only one percent of their original habitat remains due to excessive timber harvesting and agriculture.