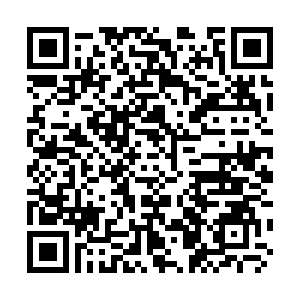 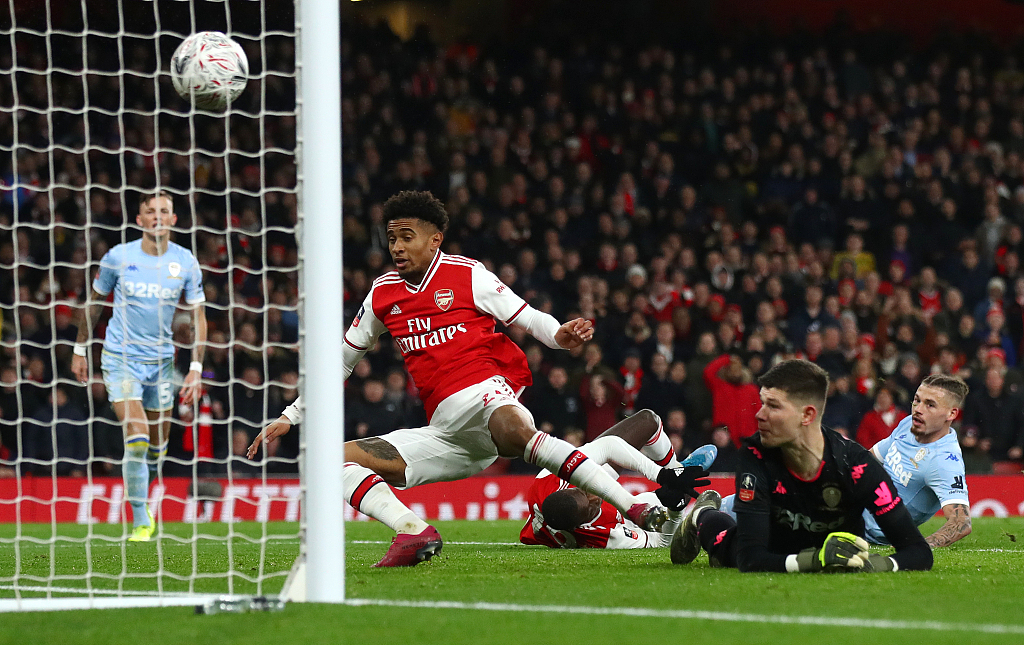 Arsenal made Leeds pay for their profligacy with a host of wasted first-half chances to reach the English Football Association (FA) Cup fourth round with a 1-0 victory on Monday thanks to Reiss Nelson's winner.

Arsenal captain Pierre-Emerick Aubameyang quashed speculation surrounding his future this month ahead of the clash with Leeds.

Aubameyang has scored 56 goals in 90 games since joining the Gunners just under two years ago, but has only 18 months left to run on his contract.

Reports have suggested the Gabon international, 30, is keen to make sure he is playing Champions League football next season.

Arsenal are nine points off the Premier League top four as they aim to end a three-year exile from Europe's premier club competition. They could also secure a Champions League return by winning the Europa League.

"I would also like to react to some of the rumors that are going around about me in the media," Aubameyang told Arsenal's official match day program.

"People like making up stories and they should focus on what's happening on the pitch. They talk too much and it does my head in!

"I am the Arsenal captain. I love this club. I am committed to it and desperate to bring it back to the top, where it belongs." 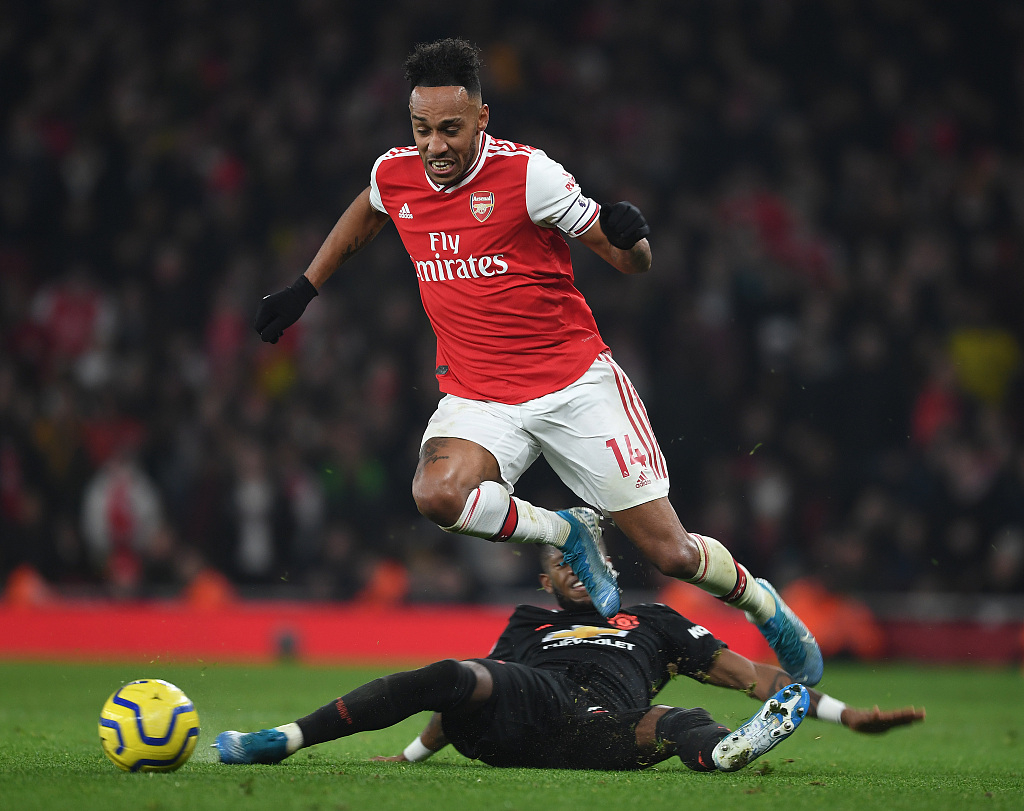 New Arsenal manager Mikel Arteta said earlier this week that he is not even considering the possibility that Aubameyang could leave this month.

"I don't even think about that possibility with Auba," said Arteta. "I want him here."

Arteta has made a positive impact in just over two weeks in charge with a 2-0 win over Manchester United on January 1 the blueprint for what Arsenal are hoping Pep Guardiola's former assistant can bring to the Emirates.

Aubameyang has also been impressed by the Spaniard and believes 2020 can be a far more successful year after a disappointing 2019 that ultimately cost Unai Emery his job.

"You can see improvement in our performances and now it has materialised with a deserved win," added Aubameyang.

"The atmosphere was exceptional. When you are on the pitch and you feel the crowd roaring after every run, every tackle, every duel and after every chance, it gives you such a boost mentally. The Emirates felt like a fortress.

"You were our twelfth man and I felt like Manchester United could have played for hours and they would have never scored.

"I really hope it will be like that until the end of the season. All together, we can have a great 2020! We need to be united more than ever."