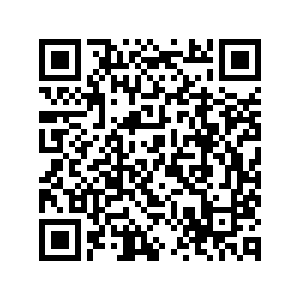 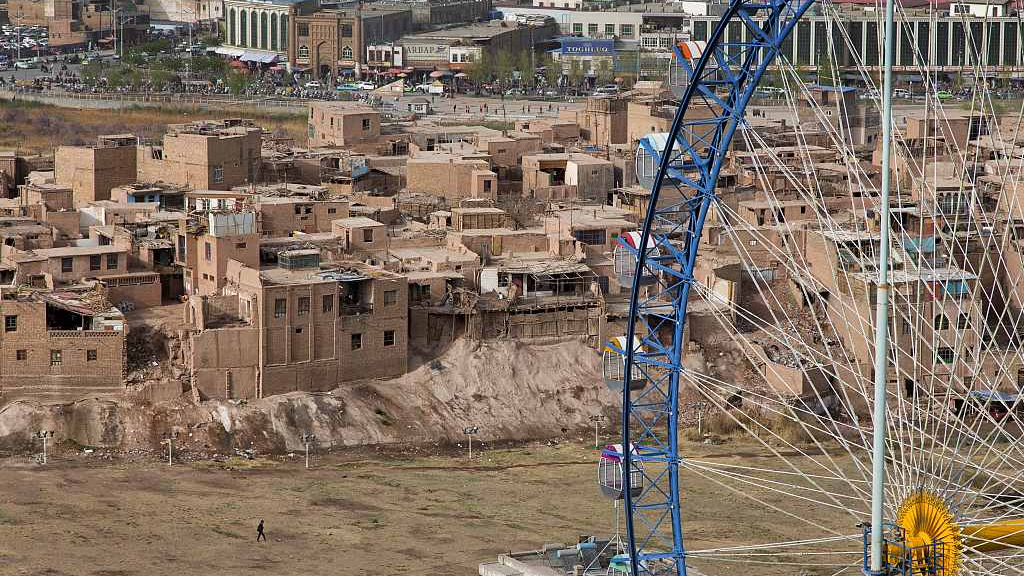 Editor's note: Dan Donovan is Publisher and Managing Editor of Ottawa Life Magazine (OLM). The article is an edited version of his commentary first published on OLM, December 24, 2019. The article reflects the author's opinions and not necessarily the views of CGTN.

Since September 11, few subjects have shaped the global narrative as much as terrorism. On September 20, 2001, just days following the September 11 attacks in New York, U.S. President George W. Bush declared a "War on Terror" that was the basis for sending America to war with Al-Qaeda. That phrase is now synonymous with American foreign policy in the Middle East, alongside the foreign policy of many of America's allies.

A U.S. Congressional Research Service report estimates that through 2014, the global war on terror cost 1.6 trillion U.S. dollars to the U.S. government alone for military operations and supporting efforts.

The terrorist culture and violent nature of many jihadists knows no border. Western countries, including Canada have responded to the violence of the jihadi's with new domestic terrorism laws such as the U.S. Patriot Act, Bill C-51 in Canada, the counter-terrorism and border security bill in Britain and the new "Strengthening Homeland Security and the Fight Against Terrorism" (SILT) law in France. These laws provide governments and their courts, police and security services with new powers directed at blunting terrorists before they act.

Ironically, while Western governments have increased their own surveillance and police capacity and abilities and spent close to two trillion dollars to combat terrorism in Europe and North America in the past 15 years, they have attacked and criticized the Chinese government for its response to counter domestic terrorism and violent jihadi extremists in China's Xinjiang Uygur Autonomous Region.

Many American, Canadian and European politicians have accused China of being prejudicial to minority groups, specifically Muslims in Western China and claim they are targeting them under the guise of "rooting out terrorists."

The Chinese government have vehemently denied these claims and justified the actions they have taken as necessary to counter terrorism and to ensure national security. The rise of terrorism based on extreme religious views by a violent minority has been a challenge in China since 1990. 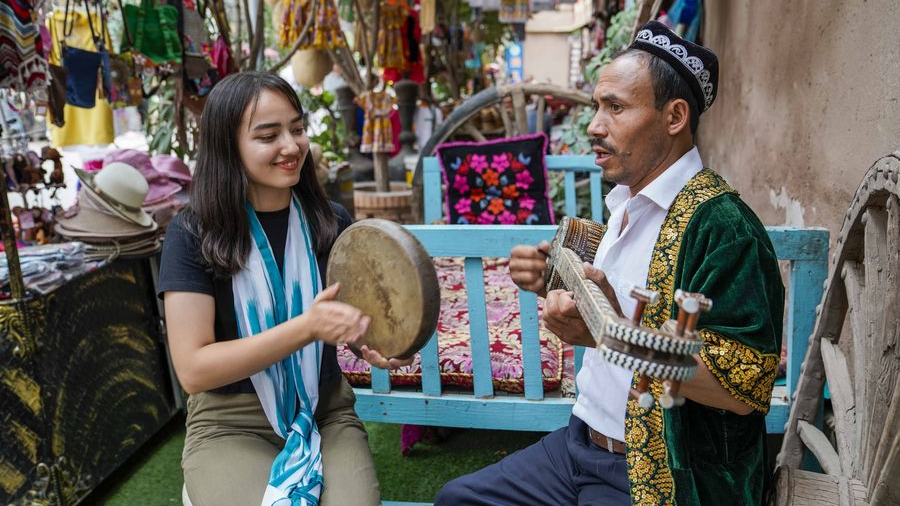 The Chinese, like the West have found their own way of dealing with terrorism and until recently have not shared the extent of the problems they have been dealing with to combat terrorism in Xinjiang from 1990 to 2016. In response to what they believe to be continuing criticism and misinformation from many Western countries, the Chinese state media have released two videos to the public for the first time that provide significant insight into the harsh violence they have been confronting from domestic terrorists in Xinjiang.

The videos begin by explaining the heritage and livelihoods and diversity of the more than 30 ethnic groups who make up the Xinjiang region. Then, in chilling detail they show footage that captures many of the violent jihadi attacks on the innocent population that have occurred between 1990 through 2016. The brutality is shocking, heartbreaking and as riveting and upsetting as any of the news coverage that emerged of the Western attacks during the same period that most people watched live on CNN, whether they were in Paris, London, Brussels, Madrid, Nice or Ottawa.

The Chinese government says during this period thousands of terrorist's attacks were launched in Xinjiang, killing large numbers of innocent people and hundreds of police officers. They say they did not release the shocking videos to the public until recently due to government security concerns.

Chinese officials say the aim of the terrorists in all the attacks was to cause maximum casualties and panic to achieve political ends. The terrorists are seen slashing people with machetes, ramming people with fast moving cars in pedestrian areas, detonating bombs in trucks and cars in civilian areas to kill and maim and cause maximum casualties to innocent civilians.

As in Western countries, including Canada, the Chinese government response to the violence and killings has been to pass counter-terrorism laws and additional security measures to stem the violence and defeat the goals of the terrorists. A special law was passed in 2016 for the region called the Xinjiang Counter Terrorism Law.

The intent of the law deals is to provide tools to combat the rise of religious extremism which was the cause and ideological basis of the terrorism and violence that was taking place in Xinjiang. The new law provided measures to define terrorist activities, implement security precautions, conduct investigations and punish religious extremists. 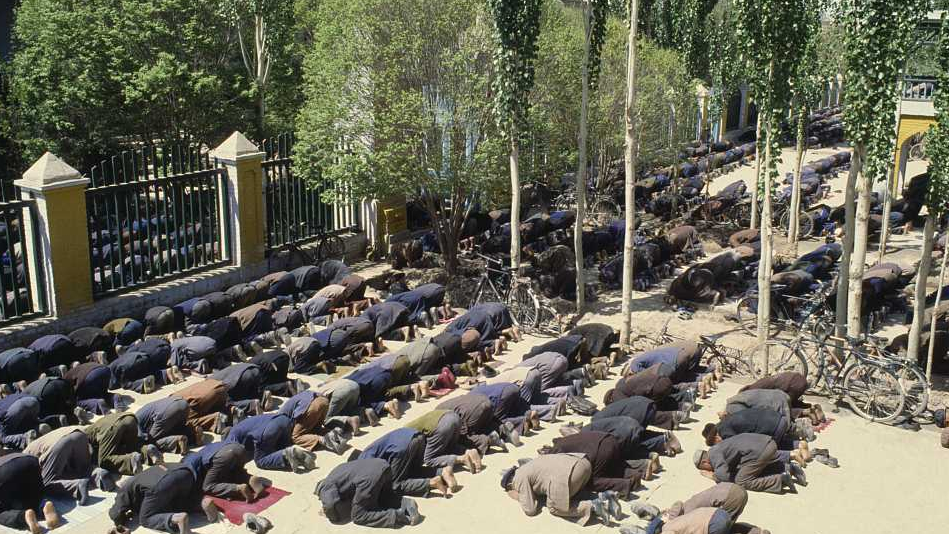 The cornerstone of the Communist Party of China (CPC's) ethnic policy is equality among all ethnic groups. This has been incorporated into the constitution and law of the People's Republic of China. Chinese officials note that China has 55 officially recognized ethnic minorities and several religions including a large minority Muslim population from the Uygur ethnic group. People from all ethnic groups have equal social status, enjoy equal rights and undertake equal obligations.

China has considered itself a multinational country since ancient times and the current Chinese government policy is based on the belief that historical evolution of its minorities has led to "the integrative pattern that all ethnic groups can live together in harmony, assimilate each other's cultures, and be mutually dependent on each other economically. The Chinese government sees the relationship between the Chinese nation and other ethnic groups as that between members of a big family who are all co-creators of the modern Chinese nation."

The Chinese have adopted policies that protect "the intangible cultural heritages on its territory" including scenic spots and historical sites, valuable cultural relics and other important historical and cultural heritages. Under Chinese law every citizen enjoys the freedom of religion. However, politics and religious beliefs are separate matters and must be kept separate under Chinese law.

The CPC and Chinese government have also enacted a policy to encourage ethnic minorities to use and develop their own languages. Bilingualism is promoted to encourage all ethnic groups to use the national public common language.

Religions in China are independent and have autonomy in their operations where normal religious activities are protected. However, because China is a secular state, no religion or religious leader may interfere with the administration, law, school education and social public education by using religion. Religions and religious schools must abide by the constitution when publishing religious books and journals, selling religious commodities and artwork, or when conducting international communication on religious aspects such as science and culture. Simply put, under the Chinese system, religions must work within the boundaries of the secular socialist society. In China today, the state has responsibilities to religion and religion has responsibilities to the state.