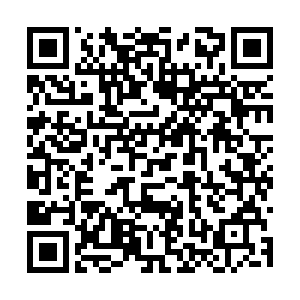 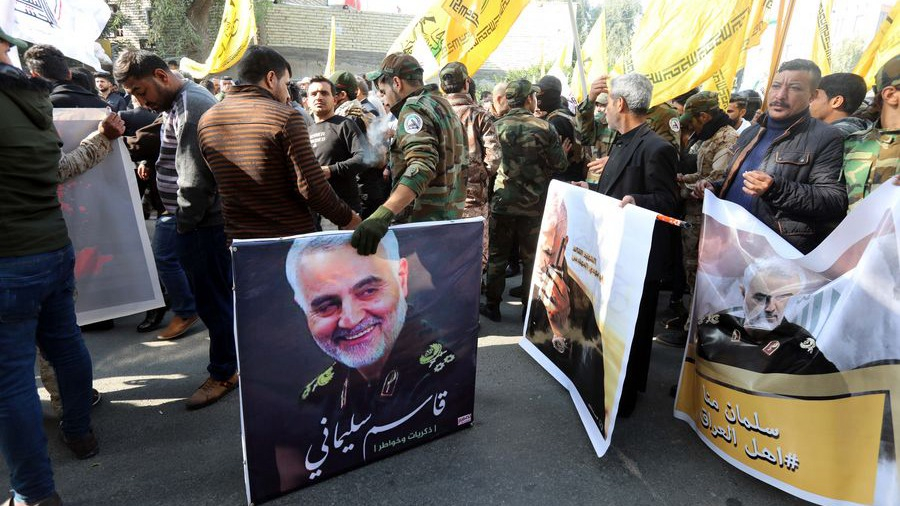 On Wednesday, more than a dozen ballistic missiles were fired from Iran into two U.S. military installations in Iraq in retaliation for the killing of Qasem Soleimani, marking a significant escalation in tensions between the two nations. The number of casualties is not yet clear, nor whether other bases have also been attacked.

The European governments, and particularly the British government, have difficulties in knowing how to react. In the United Kingdom, Boris Johnson has commented on Iran only in writing, while Jeremy Corbyn avoided answering the simple question: "Was Soleimani a terrorist?" The situation in Iran is spiraling out of control.

First, an American military contractor was killed at an Iraqi base. Then, the Trump administration took the decision to kill Soleimani. The White House has given two explanations for this: firstly, they believed that doing so was necessary to prevent an "imminent threat" to American personnel. Secondly, there appears to have been at least an element of retaliation for the killing of the American military contractor. Iran has responded with a military attack on U.S. targets. Neither side is ready or willing to back down.

European citizens have become wary of military action under such circumstances. The war in Iraq to remove Saddam Hussein led to the growth of a far bigger threat: ISIL. The war in Afghanistan led to instability and Taliban control in many areas. Over a decade on, neither country has a clear, stable government able to function independently of foreign peacekeeping efforts.

In both situations, as we are seeing today with Iran, the justification for Western military action shifted over time. The decision to attack Saddam Hussein was supposedly to prevent weapons of mass destruction being fired. When this could not be proven, the justification shifted to the prevention of terrorism - and later to protecting the Iraqi people from a brutal dictator.

The shifting reasons for attacking Iraq led to a loss of public confidence in the decision. Even now, many years on, Tony Blair (who was Prime Minister at the time) is still hugely unpopular in the United Kingdom. 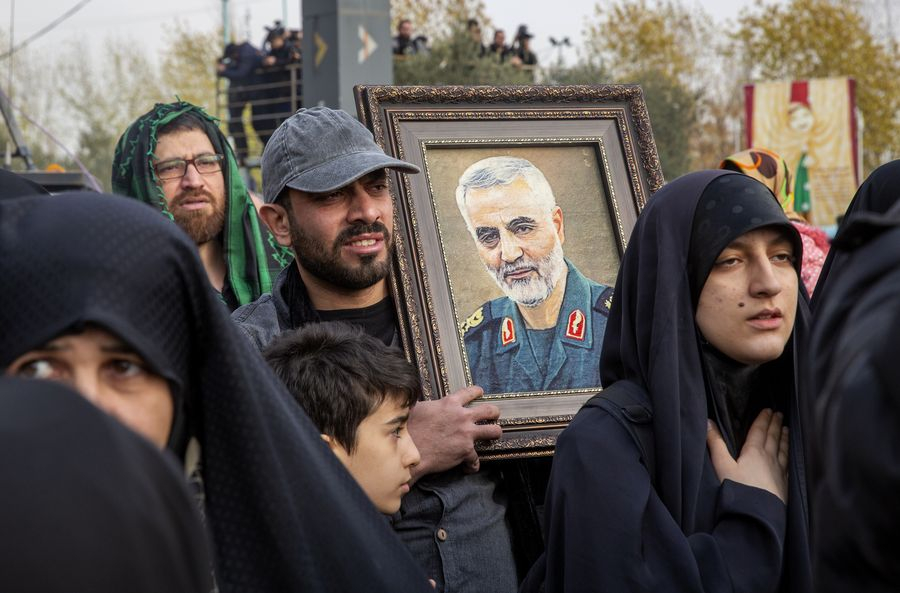 A man holds a picture of top Iranian commander Qassem Soleimani during a protest in Tehran, Iran, January 3, 2020. /Xinhua Photo

A man holds a picture of top Iranian commander Qassem Soleimani during a protest in Tehran, Iran, January 3, 2020. /Xinhua Photo

Yet Iran's actions today are a clear provocation: rarely can one sovereign nation attack military targets of another sovereign nation without the situation heading towards war. Furthermore, many British people seem perfectly willing to accept that Soleimani was indeed a "terrorist," or equivalent.

Boris Johnson's previous statement walked that tightrope. He said that the UK "will not lament" Soleimani's death, but stopped short of approving of America's actions. The British Defense Secretary told Parliament Tuesday that "since October 2019, Coalition bases, which contain both U.S. and UK personnel, and the Baghdad international zone, have been attacked fourteen times."

The UK media is starting to question why, under such circumstances, the Prime Minister has not been seen in public for eleven days. We can only speculate on the reasons, which could be completely unrelated to the situation in Iran, but in my opinion, he faces a real dilemma.

The "special relationship" between the UK and the United States has always been important, and as Brexit approaches there will be considerable pressure on the British government to negotiate a trade deal with the United States that does not lead to lower standards, or the part-privatization of health services.

The United States will no doubt wish to make significant demands of the UK and other European nations, but it is the United Kingdom that will have the most difficult response to make. The British people have developed a strong aversion to military action where the UK is not directly threatened.

In neither Afghanistan nor Iraq was there a clearly-defined military objective, while very little consideration was given to what might happen next. There will be tremendous reluctance to repeat the same actions, irrespective of how different the circumstances might be.

In the United Kingdom, the new government faces its first major international challenge. We will learn a lot about the character of Boris Johnson when the British government decides how to respond to renewed instability in an already turbulent part of the world.