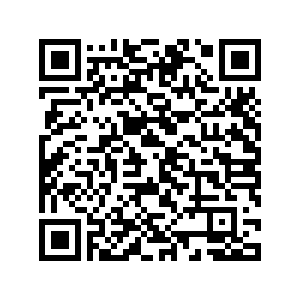 The Yangtze River is the third longest river in the world and boasts diverse wildlife. Among the over 4,300 aquatic creatures in the river, there are more than 400 species of fish, 180 of which are endemic to the Yangtze River. However, pollution, over-fishing, dams-construction and other human activities have greatly influenced the ecological environment of the Yangtze River, causing the dramatic drop of biodiversity here.

Starting from 2020, the Chinese government has implemented a 10-year moratorium on the Yangtze River, in the hope of increasing fish stocks and protecting biodiversity. Some species like Chinese paddlefish that has been declared extinct recently might not wait to see the day coming, but there are still time for us to protect other endangered fish species from the similar tragedy. 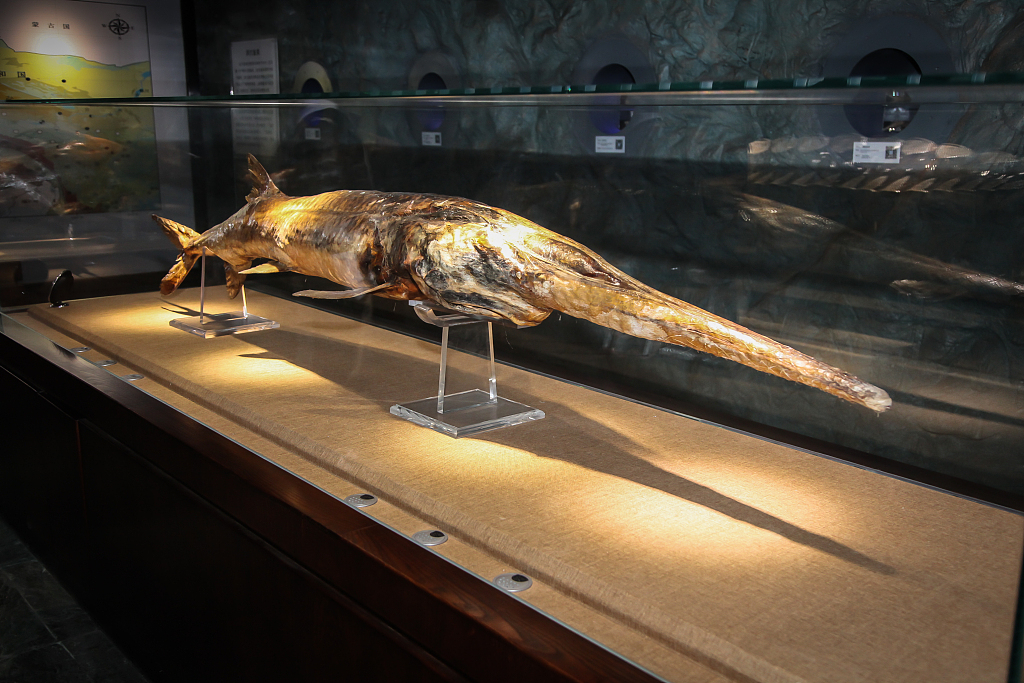 Having existed for more than 140 million years, Chinese sturgeons witness the extinction of dinosaurs and the change of the Yangtze River. Compared with its small eyes, the sturgeon has a large fusiform body as long as four meters, weighing as much as 500 kilograms. It normally takes them eight to 14 years to grow to sexual maturity and begin their great migration.

The journey starts from the eastern areas of China that Chinese sturgeons live. They migrate upstream along the Yangtze River to the Jinsha River to lay eggs. The migration of about 3,500 kilometers is said to be the longest migration of any sturgeon in the world. During their lifetime, they usually spawn three to four times. Among a million eggs, only less than one percent can grow up. 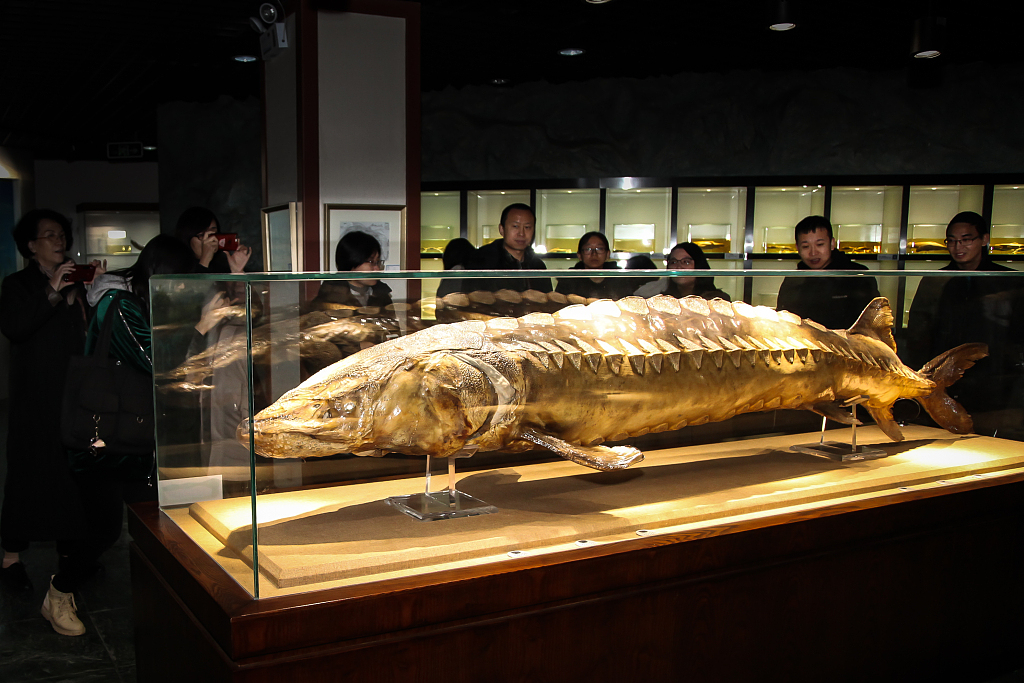 Unfortunately, the Gezhouba Dam built in the 1980s in Yichang City, central China's Whuhan Province, has blocked Chinese sturgeons from migrating to the upper stream of the Yangtze River to spawn. The habitat loss and over-fishing has made its population plunge from over 10,000 in the 1970s to less than 20 in 2018.

Researchers at the Chinese Sturgeon Research Institute in Yichang tried to protect this endangered species through artificial breeding. Since the success of artificial reproduction of Chinese sturgeons in 1983, six million captive-bred sturgeons have been released to the Yangtze River according to data in 2014. However, only dozens of them survive in the wild. The recent expeditions detect no spawning behaviors in Chinese sturgeons in 2017 and 2018. 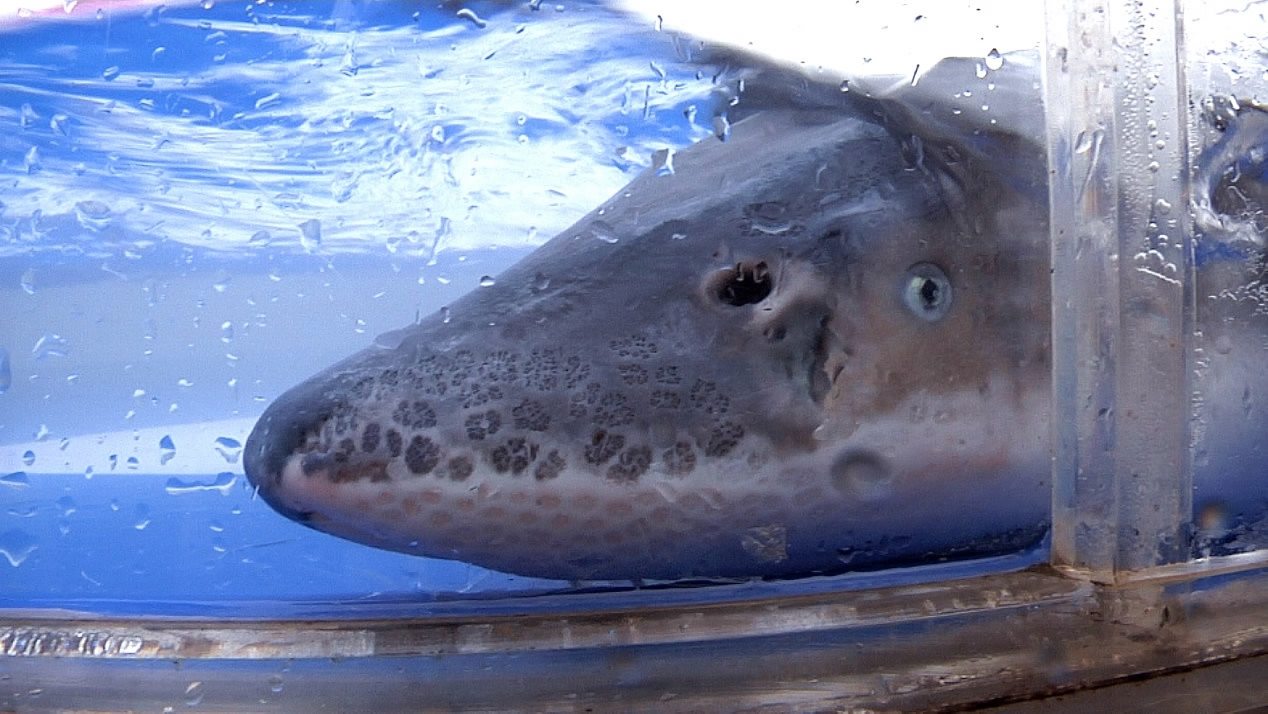 An artificially-bred Chinese sturgeon waits to be released into the Yangtze River. /CGTN Photo

An artificially-bred Chinese sturgeon waits to be released into the Yangtze River. /CGTN Photo

Yangtze sturgeons are similar to Chinese sturgeons, just smaller in size and with more aill rakers. Unlike their cousins that migrate between the sea and the river, they prefer to settle down in freshwater. They usually spawn in the Jinsha River and the upper stream of the Yangtze River during March and April, sharing the spawning grounds with Chinese sturgeons.

Habitat loss and over-fishing are the main causes of their critically endangered status. According to recent monitoring results from 2014 to 2018, less than five Yangtze sturgeons are found each year. Although 85,000 Yangtze sturgeons at different ages have been released into the Yangtze River by 2018, their low survival rate and weak adaptability to the new environment are the key problems waiting to be solved. 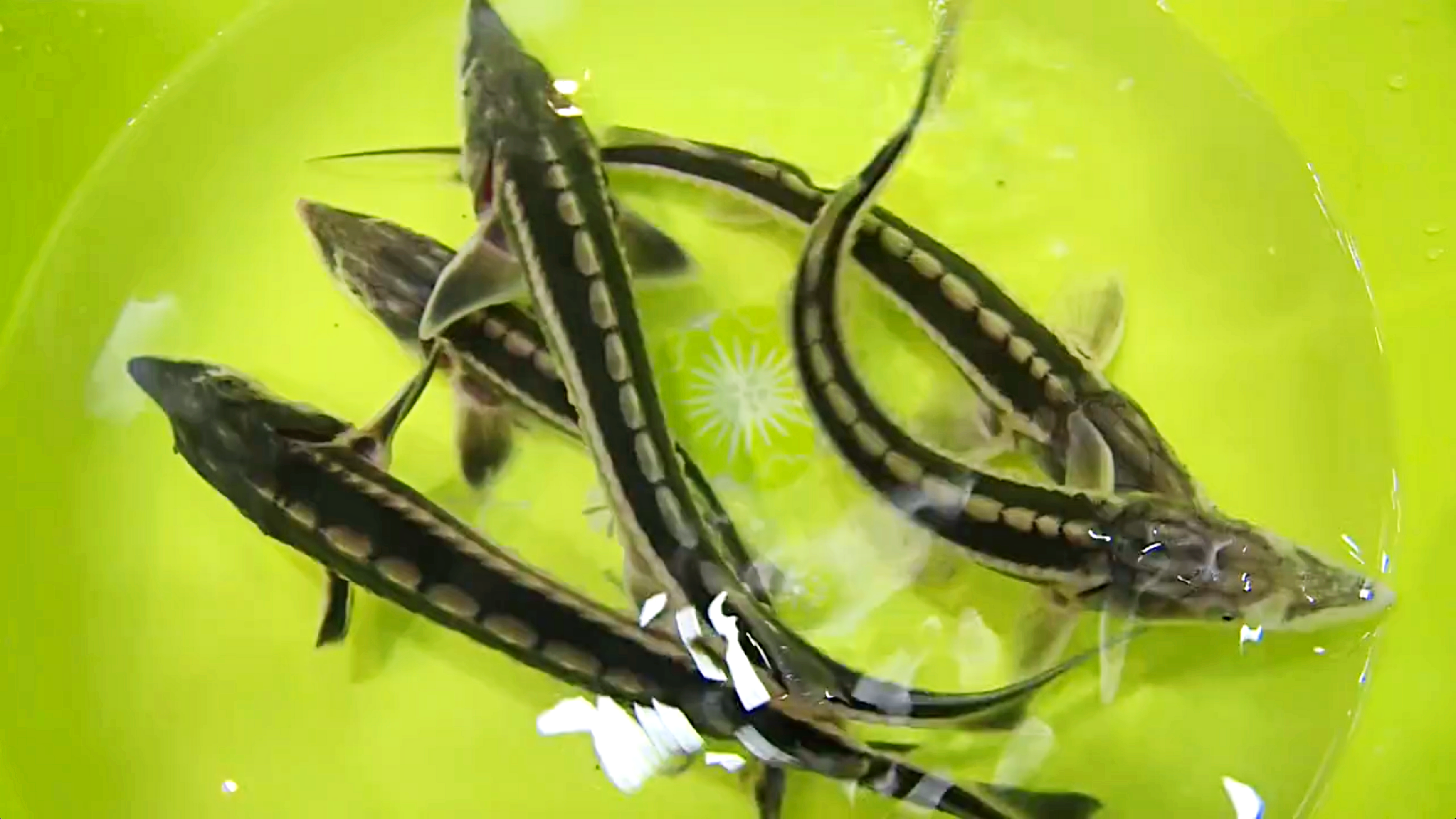 Five Yangtze sturgeons were rescued by the police. /CCTV Photo

Five Yangtze sturgeons were rescued by the police. /CCTV Photo

Although it has "shark" in the name, the Chinese high-fin banded shark has no real connection with sharks except they are both fish living in the water. The fish has a distinctive high dorsal fin like a sail. People often consider it as a symbol of plain sailing. In Southeast Asia, it is even dubbed as the Asian mermaid.

The Chinese high-fin banded shark can be found in almost all sections of the Yangtze River, but their spawning grounds are mainly limited to the Jinsha, Min and Jialing Rivers. The fast-flowing gravel bank is their favorite place to lay eggs. After the construction of the Gezhouba Dam, they also spawn below the dam. 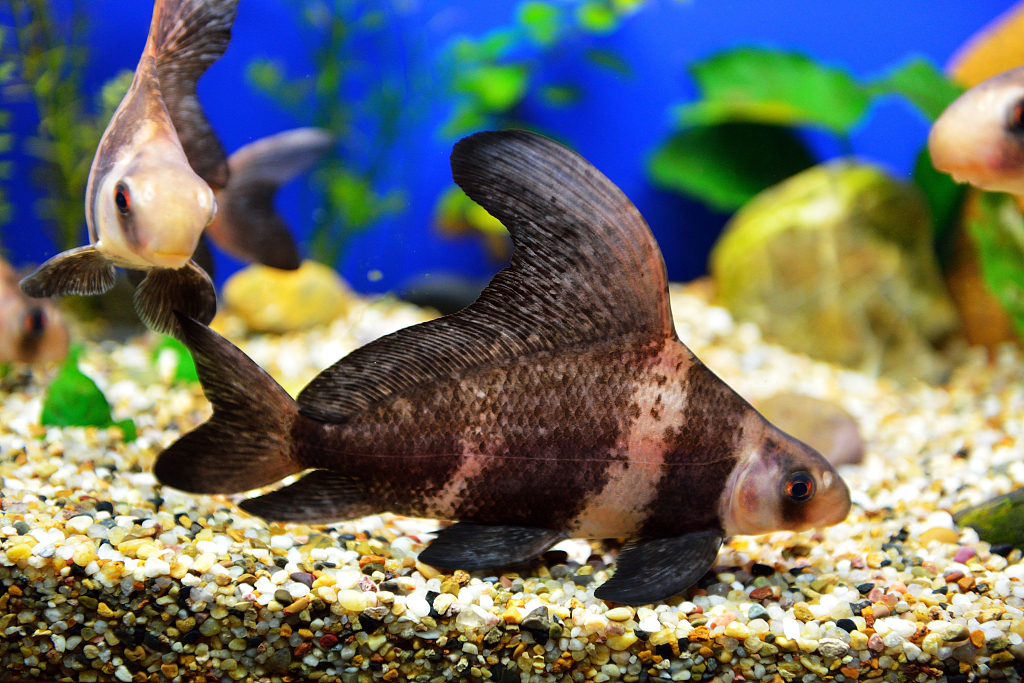 Apart from three fish species mentioned above, there are other endangered fish species in the Yangtze River, such as the giant mottled eel (Anguillamar morata), the Sichuan taimen (Hucho bleekeri), and the roughskin sculpin (Trachidermus fasciatus), among others. They all need our attention and protection. The 10-year fishing ban is a critical policy to make a better environment for these endangered fish species, and also for us in the long run.

Since ancient times, humans have settled near the river basin across all continents. The Yangtze River and the Yellow River in China are the cradles of Chinese civilization. In history, the two rivers have endowed people with bountiful water, food and other resources, but now they are sick. The pollution and dropping biodiversity have great impacts on wildlife and people's life. In this series, CGTN takes you to both rivers to see how animals, plants and humans live.