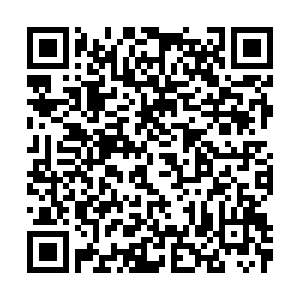 Chinese Foreign Minister Wang Yi on Wednesday criticized Western countries over their "evil intentions" to destabilize Xinjiang and to undermine the ties between China and Islamic countries.

Certain Western countries are attempting to destabilize Xinjiang and undermine ties between China and the Islamic world through smearing China's name, with the goal of blocking its development, Wang said at a joint news conference with his Egyptian counterpart Sameh Shoukry in Cairo.

Wang was on a visit to Egypt. Earlier, the two diplomats held a bilateral strategic dialogue.

"We should be clear-eyed about those Western countries accusing China of the Xinjiang issue, as they are in fact the ones which have the least respect for the Islamic civilization and inflicted heavy casualties on a great number of innocent Muslims," Wang said.

"Facts speak louder than words, and fair-minded people can tell right from wrong," he said.

Xinjiang affairs are purely China's domestic affairs, Wang said, adding that what happens there is an issue of fighting separatism and terrorism, rather than an issue of human rights or religion.

The remote western region had suffered from the woes of terrorism and extremism, and a number of terror attacks, killing and wounding thousands of innocent civilians, Wang said.

Local governments set up vocational education and training centers to crack down on these terror activities, he said.

All the trainees in the training centers have now graduated, and with the help of the government, they have found stable jobs and are living a peaceful and secure life, he continued.

Wang emphasized that China has made important contributions to the global fight against terrorism with its de-radicalization efforts in Xinjiang, and had drawn on the experiences of many countries, including Egypt, Saudi Arabia, the United Arab Emirates, as well as many Western countries such as the United States and France.

The measures taken by the Chinese government "are totally legal, as they are widely recognized as preventive counter-terrorism steps," Wang said.

And such efforts have paid off, he said. "For three years in a row, Xinjiang has been free from violent terrorist incidents."

Speaking of the Libya crisis, Wang said external intervention and the use of weapons will only aggravate conflicts and intensify confrontations, and it will escalate tensions in the country and make it harder to solve the problems.

Wang said China supports a political process led by the Libyans under the supervision of the UN, calling on the warring parties to cease fire and return to the negotiation table.

The spillover effects of the crisis is on the rise and terrorist forces, such as ISIL, are penetrating the country, which deserves high alert of the international community, he said.

The international community should also make joint efforts to fight terrorism and prevent the expansion of extremist and terrorist forces in Libya, he said.

Wang told Sisi that China, a long-term trustworthy friend, firmly supports Egypt in preserving its national sovereignty, independence and territorial integrity, adopting the development path matching its national conditions, and combating the terrorist and extremist forces of all forms.

Sisi spoke highly of bilateral relations and thanked China's assistance to the country. He said Egypt is willing to work together with China to promote the comprehensive strategic partnership to a higher level.

Speaking at a joint press conference with the Egyptian foreign minister, Wang said China and Egypt have agreed to boost bilateral ties through enhancing cooperation in all fields.

China is the largest trading partner of Egypt with its investment to Egypt growing by over 60 percent in 2019, he noted.

Wang also said the two countries will make joint efforts to fight terrorism and extremism, while carrying out cooperation in terms of intelligence sharing and capacity building.