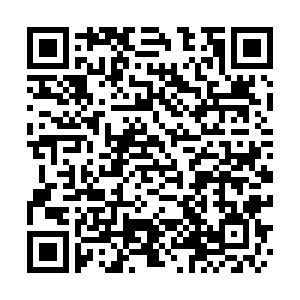 From May 1, 2020, various market entities, including foreign capital, private enterprises, and other companies registered in China with net assets valued at 300 million yuan (43 million U.S. dollars) or more, will have access to engage in oil and gas exploration and production, according to the Ministry of Natural Resources. Before, foreign companies could only enter the industry via joint ventures or cooperation with Chinese firms. Under this new system, the exploration and production rights for oil and gas will be integrated. Meanwhile, prospecting right permits can potentially be prolonged for another five years after the five-year validity period at initial registration.

The authority also stressed that enterprises intending to apply for oil and gas mining rights should meet the safety and environmental protection requirements as well as corresponding technical capabilities.

"The freeing up of mining rights will change the situation that the oil and gas exploration and production are mainly monopolized by state-owned companies," said Yao Huajun, head of the Mining Rights Management Department at the Ministry of Natural Resources, adding that it will attract foreign and private capital flows and gradually boost domestic energy supplies.

Why is the market being opened?

"Insufficient marketization, the contradiction between supply and demand of oil and gas, as well as lack of growth momentum are regarded as the spur for reform," Yao said.

Official data also shows that proven oil and gas reserves only account for 31 and 16 percent of the total, respectively, even though China is rich in natural resources.

Benefits and challenges ahead

The fast-developing economy has created a higher demand for oil and gas. China now relies more on oil imports; over 70 percent of its crude oil and nearly half its natural gas consumption were imported last year.

Xiong said the opening up will also accelerate the marketization of oil and gas. "When the extraction sector sees more newcomers, the pipeline and refining sectors will have more choices, which will lead to a competitive oil and gas market," said Xiong.

However, some challenges still lie ahead. The four major oil companies have the rights for mines spread over more than 3 million square kilometers, some of which have rich natural resources.

"The state-owned companies have been digging in this area for years, and they have already occupied good areas," said Xiong. "The remaining oil and gas areas are expected to be relatively limited."

Sero Qu, a senior supervisor in the Index R&D Department, also at the Shanghai Petroleum and Natural Gas Exchange told CGTN, "Private companies may face financial challenges when trying to get into extraction business since the sector needs both technology and capital."

"The pipeline and refining sectors have been opened up already, but the extraction is another thing," a macroeconomic analyst, who asked to be anonymous, told CGTN, saying it is still uncertain whether investors would spend that much on a high-risk venture.