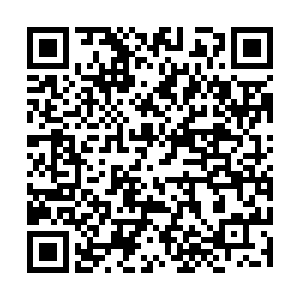 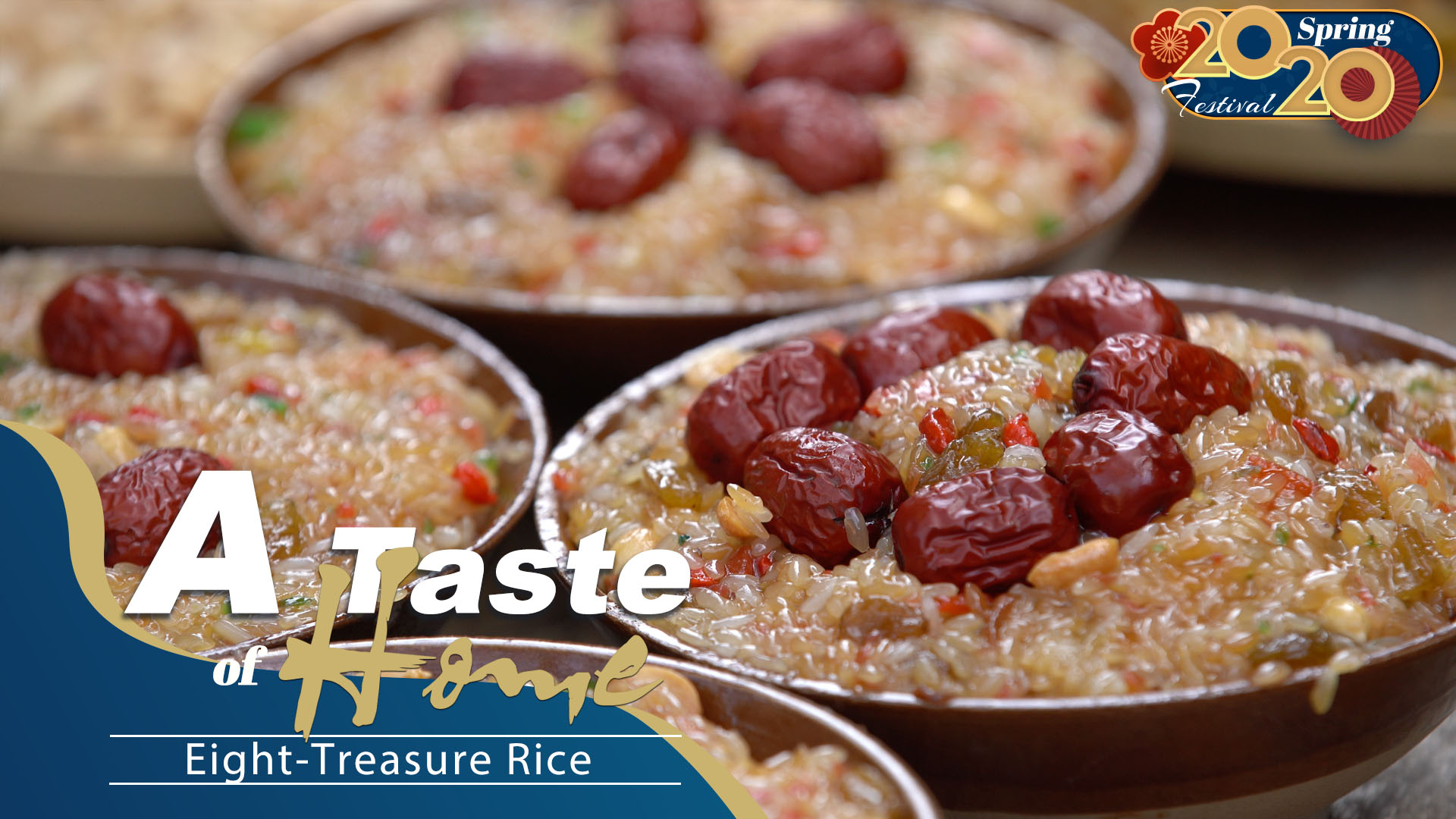 Spring Festival is coming, and the whole country is teeming with a festive atmosphere as the fragrance from home-made treats fill the air.

Previously, I tasted the yellow chives banquet prepared by Puding County residents. Today, saying goodbye to the delicious yellow chives there, I head to Kaili, a county-level city under the jurisdiction of Qiandongnan Miao and Dong Autonomous Prefecture, in southwest China's Guizhou Province, looking for the taste of Spring Festival there.

I arrived at Xiasi ancient town, which is located on the upper reaches of the Qingshui River, southwest of Kaili.

Xiasi Town is a place full of delicious food, such as preserved meat, sausage and bean curd with duck blood. In addition, there is another traditional Chinese delicious dessert that local people cannot forget in Spring Festival – eight-treasure rice pudding. 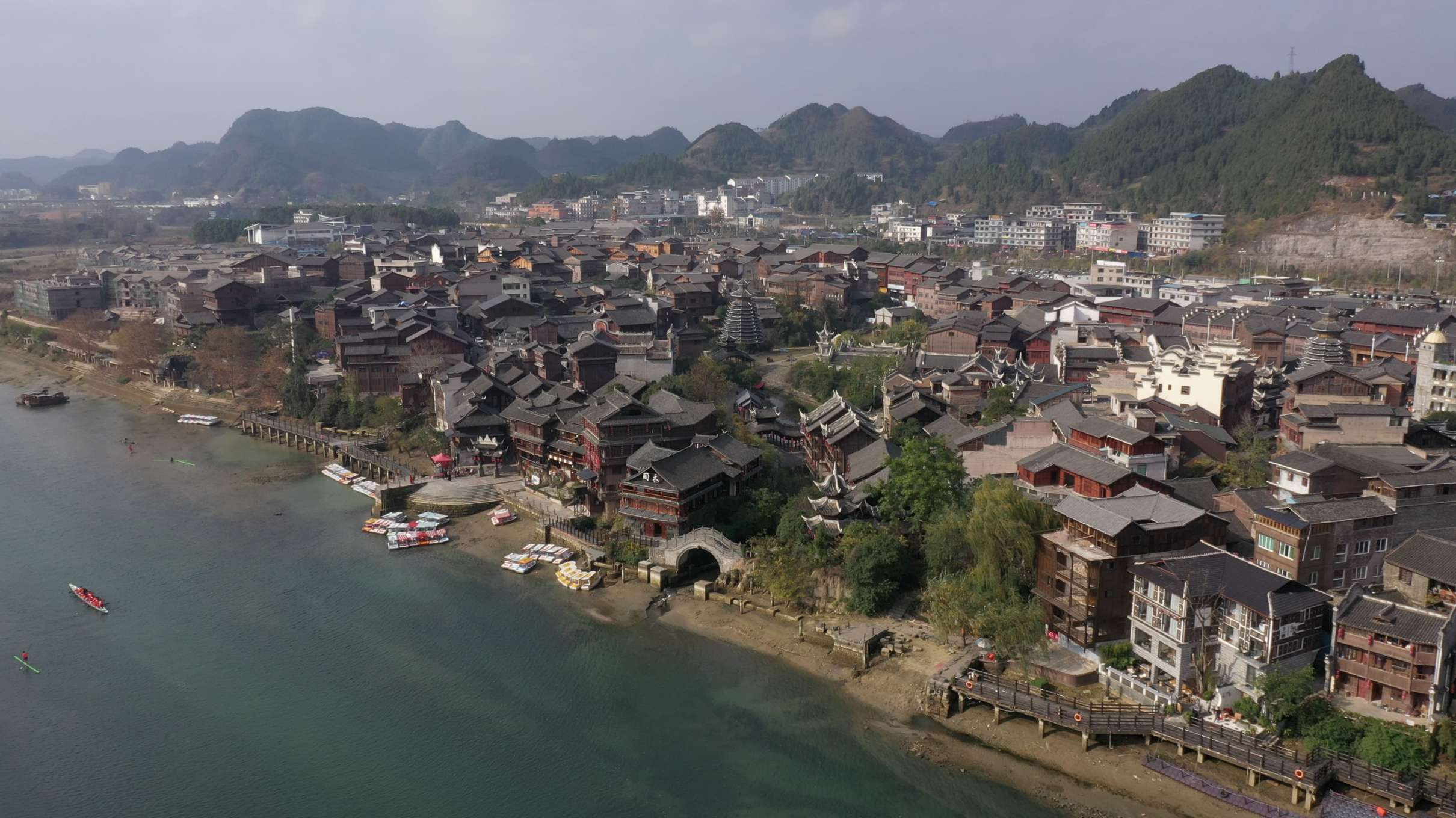 To the Chinese, food is a priority. Even though business is important, Kaili people still place a high value on the eight-treasure rice pudding.

Eight-treasure rice pudding is a traditional Spring Festival dessert. The name "Eight-Treasure" comes from its eight key ingredients. Traditionally, Chinese people use eight different kinds of dried fruits to make this dessert, such as raisins or candied fruits.

"Since I was born, I have eaten the eight-treasure rice pudding several times every year. This (rice) is also popular with children and old people, so (we) make it every year," said Gu Fei, a local resident.

Thanks to the development and support of tourism in the ancient town, local people have started small businesses, which is getting stronger. Gu Haisheng, Gu Fei's father, and his family used to run a small restaurant, which is very famous in Xiasi and even Kaili. 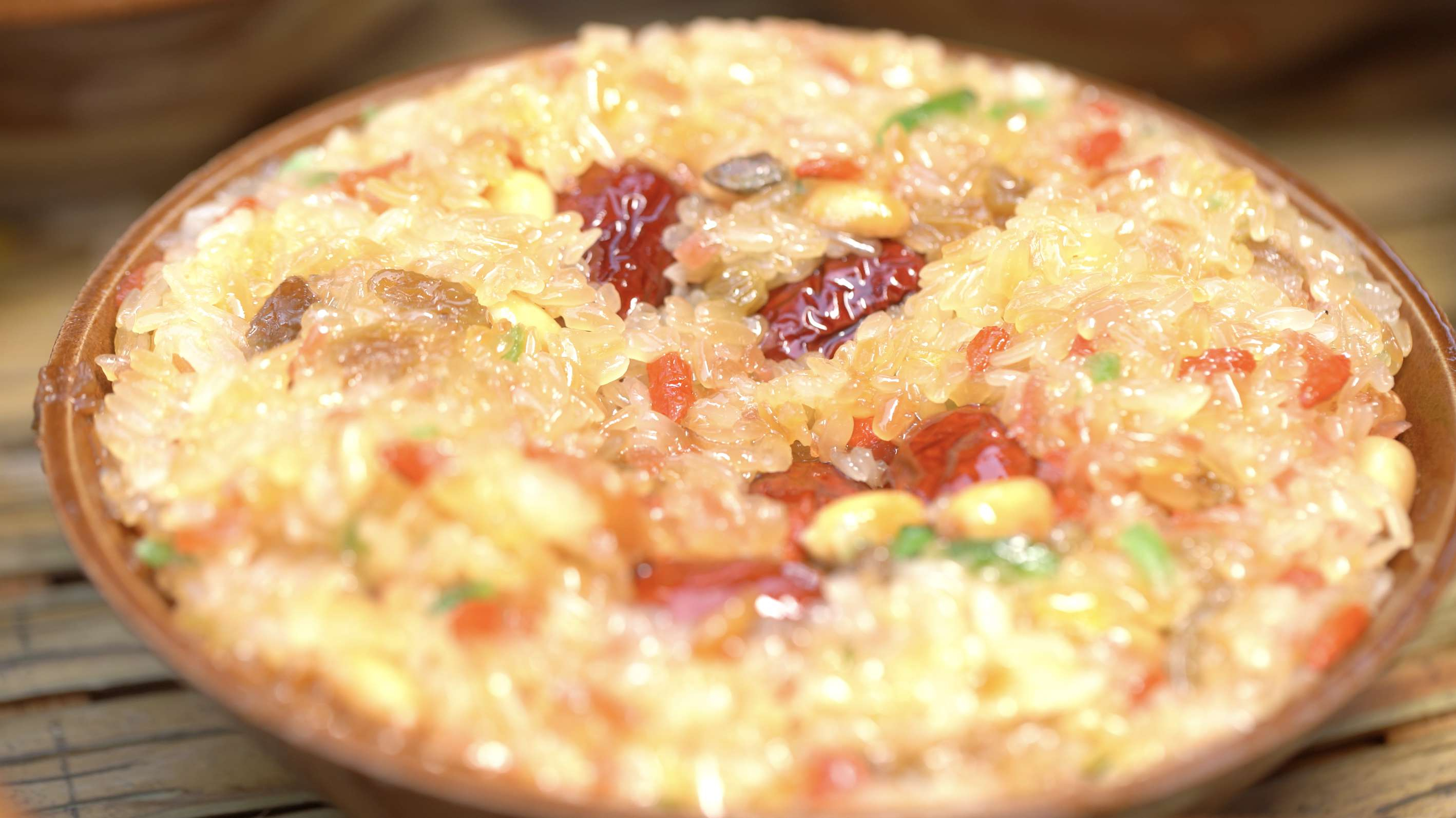 The restaurant has many loyal customers. Many who tasted the restaurant's dishes more than a decade ago will still remember Gu's cooking. Although Gu Haisheng no longer runs the restaurant, he still cooks a big pot of eight-treasure rice for friends in the town every Spring Festival.

Boiling the sugar is the most difficult step in making eight-treasure rice pudding. The mixing speed and heat directly affect the sugar's color and taste. Both skills come with experience. Although Gu Haisheng has been able to master the skills, hot oil spots still occasionally splash on his face. 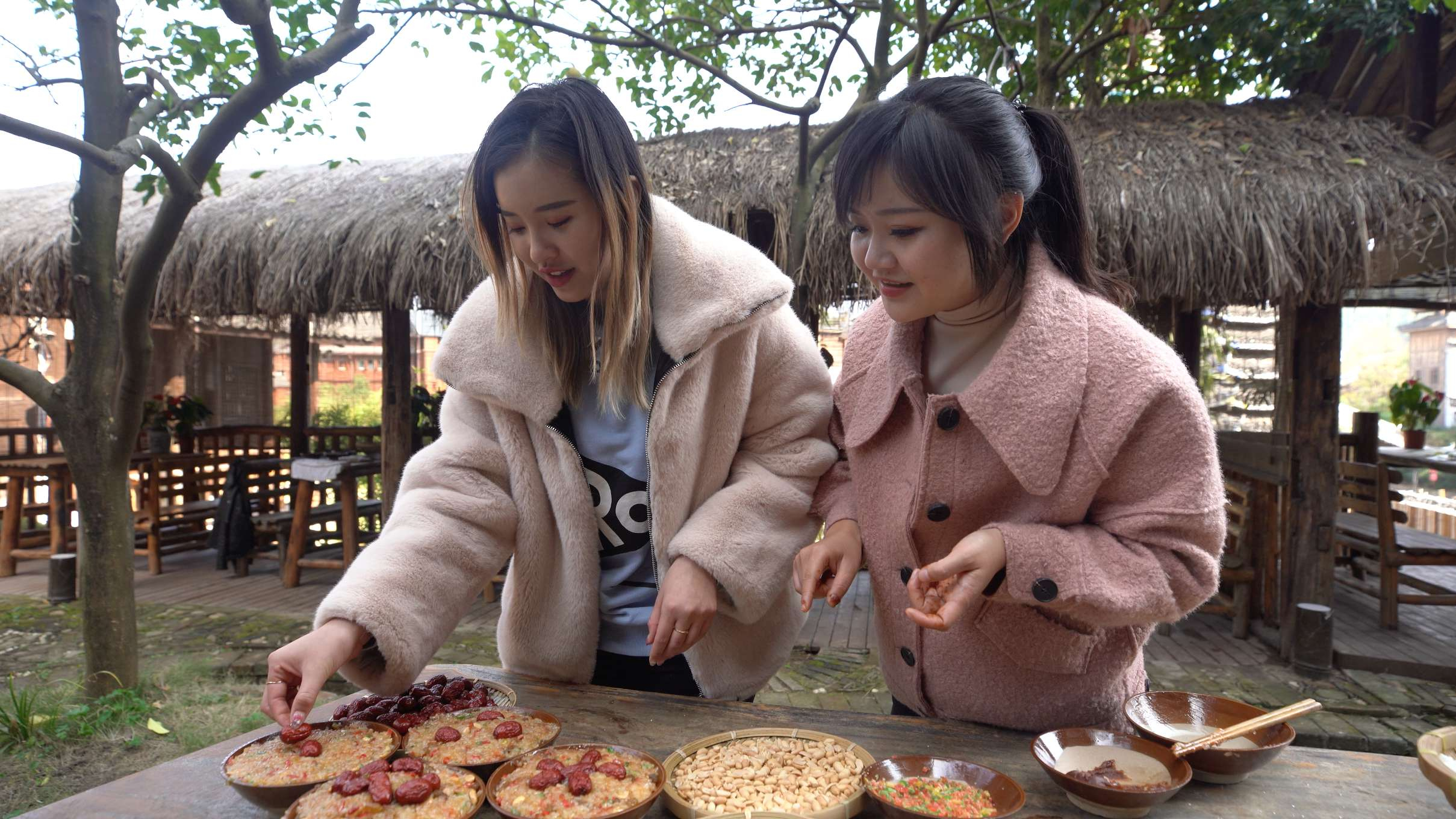 Every detail is considered and every ingredient is carefully selected. Due to Gu Haisheng's insistence on good food, the eight-treasure rice pudding is always appreciated by his neighbors.

"As people say: Better is a neighbor that is near than a brother far off," said Gu Haisheng. "This is a happy thing for us."

Food is a silent language. The Spring Festival atmosphere in Kaili is so vibrant and alive. Here, the eight-treasure rice pudding is not only served at family reunions but also represents the sharing of warmth.