A Taste of Home: Search for flavor of Wujiang River in Guizhou
CGTN 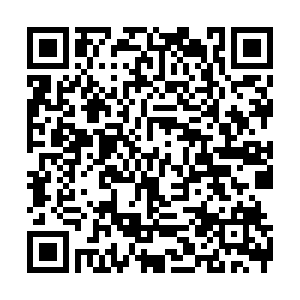 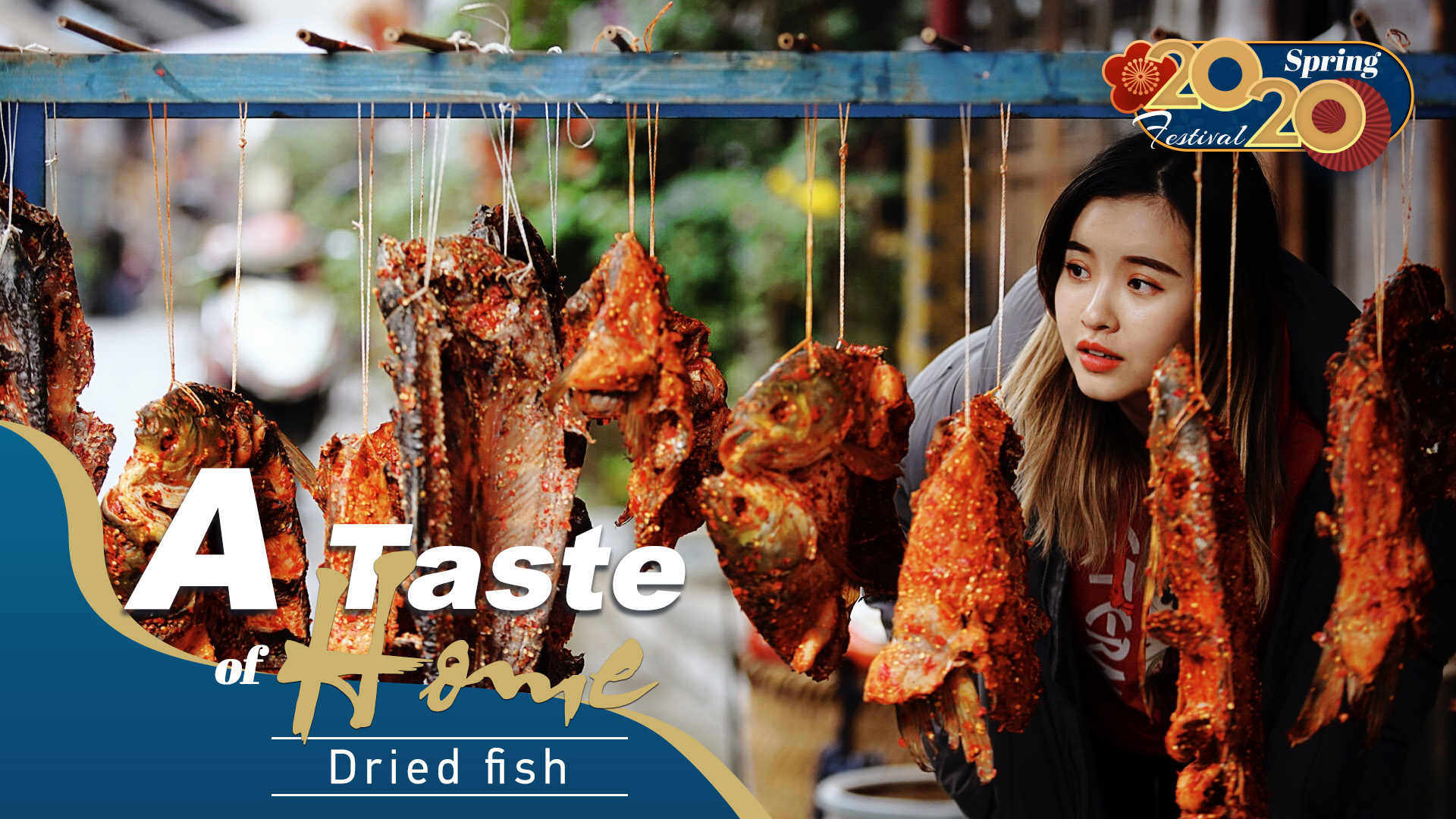 Sinan County in southwest China's Guizhou Province is said to be a place brought by the Wujiang River.

The river is winding across the county, bringing not only convenient transports and economic benefits for the locals but also a special dish: the dried fish.

We arrived in the area at the end of the lunar year when the Spring Festival was just around the corner. While walking along the streets, an alluring aroma could be smelt in every alley. Wang Jiajia, a fisherman in Sinan, told me that it was the smell of dried fish.

Wang has been making dried fish with his father for decades. He told me that the family business started with his grandmother, who managed two boats on her own. They first started to make it because the dried fish are easier to preserve.

"The key point is the method of cutting when making the dish. If you cut it in the right way, the flavor is good," said Wang. "You need to slice the fish at a tilted angle instead of uprightly, and you need to keep them consistent in thickness." 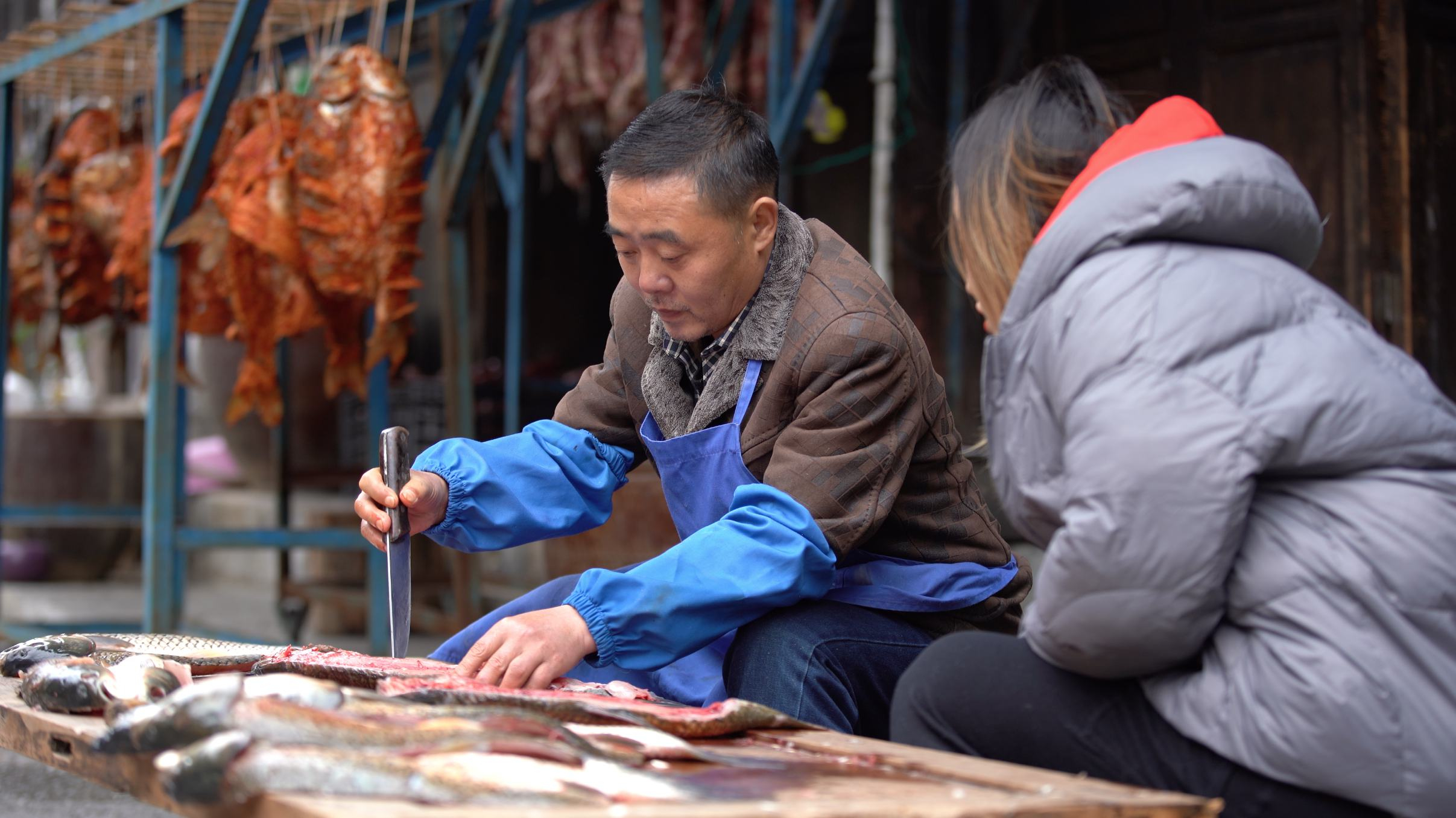 The dried fish can only be made in winter because that's when most of the mosquitoes are dead so that the sanitary condition is better.

Today, after two generations, Wang took over the business from his father. They have made some changes to the dish as well. By replacing the white sugar with fruits and lowering the amount of salt, the fish now tastes even better as well as healthier.

Every year before the Spring Festival, dried fish were hung over the courtyard of Wang's family, and after half a month, they would appear on the tables of every local family, as one of the favorite Spring Festival dinner dishes.

As for Wang, even when he has to leave home, the dried fish would always bring the flavor of home to him whenever he has a taste of the fish.