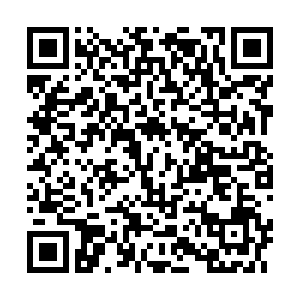 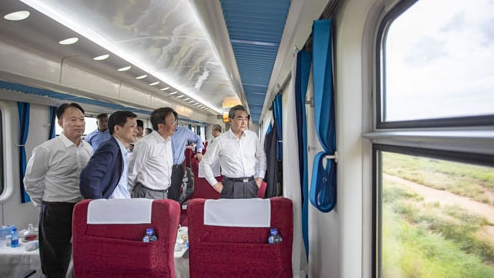 The Mombasa-Nairobi railway is a benchmark for mutual benefit and win-win results between China and Kenya, China and Africa, and it is also the achievement of the joint construction of the Belt and Road, Chinese State Councilor and Foreign Minister Wang Yi said on Friday.

Wang made the remarks during his stop in Kenya when inspecting the construction and operation of the project.

The Mombasa-Nairobi Standard Gauge Railway (SGR),  which is financed, constructed and operated by China, has served more than 4 million passengers since its launch in May 2017, said the operation team of the railway, adding that the project has created a total of 30,000 jobs for the local people.

The 472-kilometer line runs from Kenya's coastal city of Mombasa to capital Nairobi. Nearly 6 million tons of cargo were shipped in 2019.

The operation team said that the project has not only solved urgent local transportation needs and greatly reduced the cost of transportation, but also met high environmental standards. "It has greatly boosted the coastal tourism and economic development of Kenya." 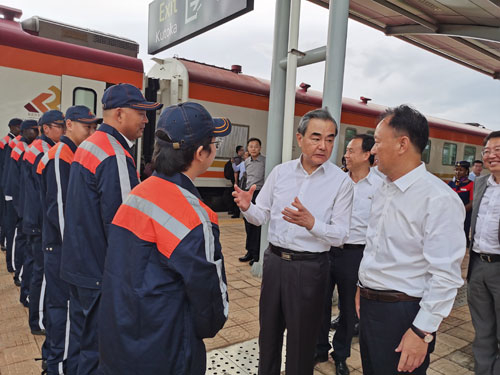 Chinese State Councilor and Foreign Minister Wang Yi on the Mombasa-Nairobi railway during his stop in Kenya, January 10, 2020. /Photo via fmprc.gov.cn

Chinese State Councilor and Foreign Minister Wang Yi on the Mombasa-Nairobi railway during his stop in Kenya, January 10, 2020. /Photo via fmprc.gov.cn

"In the face of this fact, any accusation against China-Africa cooperation is pale," said the foreign minister.

Wang is on an official visit to Africa until January 13. The trip is his first overseas visit in 2020, which marks the 30th consecutive year in which a Chinese foreign minister has visited Africa at the start of every year.

The tradition of a Chinese foreign minister visiting Africa at the start of every year dates back to January 1991 when the then Chinese Vice Premier and Foreign Minister Qian Qichen visited four East African nations.