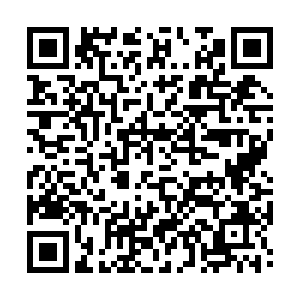 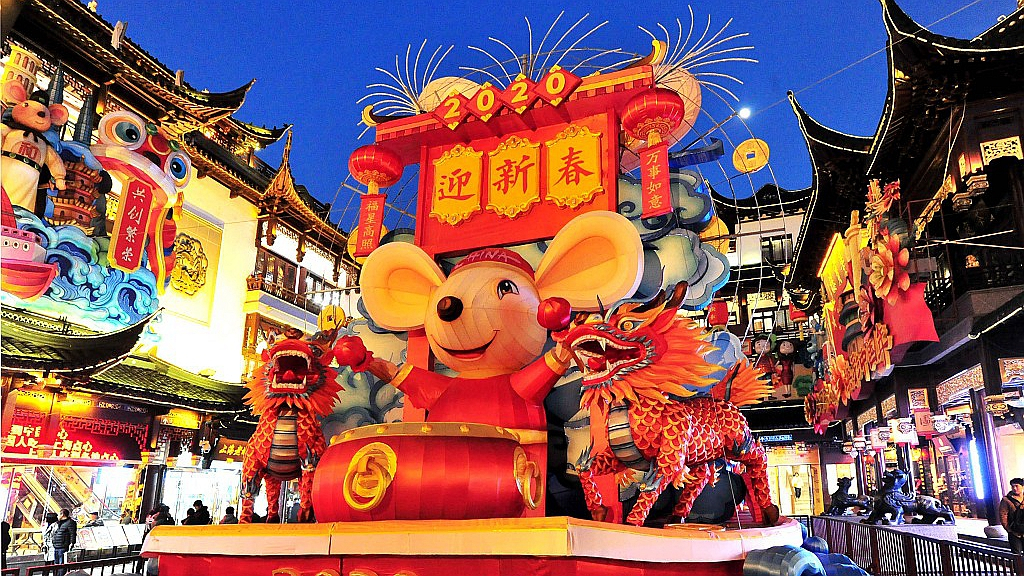 A lantern show illuminated the historical Yuyuan Garden in Shanghai to begin the celebrations of the upcoming Chinese New Year on Friday. Traditional folk lanterns and art installations came alive in the evening, featuring various cartoon figures of mice, including Disney's Mickey and Minnie, to mark the Year of the Rat.

The key installation symbolizes the spirit to embrace a happy life in the New Year, according to the organizers. Lanterns with New Year wishes to visitors, such as "healthy," "happy" and "wealthy," have also been lit up across the malls.

The major draw is a nine-meter-tall golden mouse standing on a giant dragon boat at the central plaza of Yuyuan Garden Malls, the dining and shopping area near the historic garden, which originated from a prosperous market of the City God Temple some 140 years ago. 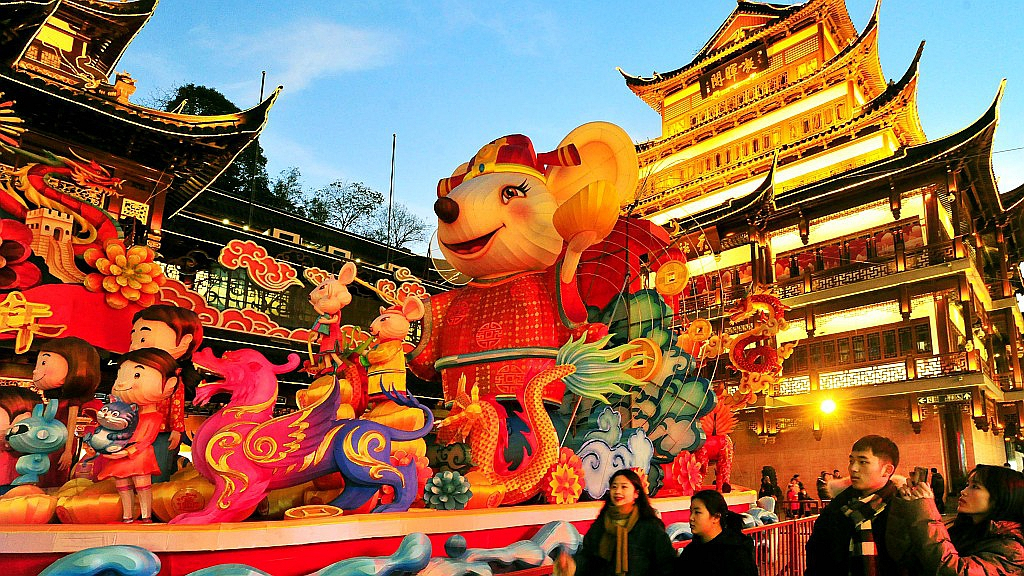 A golden mouse lantern installation at the central plaza of Yuyuan Garden Malls in Shanghai.

A golden mouse lantern installation at the central plaza of Yuyuan Garden Malls in Shanghai.

The custom-designed lanterns were made with traditional methods over the course of almost two months by a group of Chinese artisans.

Apart from the lantern show, two major cultural exhibitions from the Palace Museum in Beijing and Mogao Grottoes in Dunhuang, northwest China's Gansu Province, also open to visitors during the event. The "Marine Life in the Forbidden City" exhibition is on the third floor of Huabao Tower in the malls, with over 30 exhibits, including paintings, animated films and multimedia installations.

The annual celebrations at the Yuyuan Garden, which have been held for 25 years, have become the city's top attraction for tourists during the Spring Festival. The month-long celebration attracts about six million visitors every year. 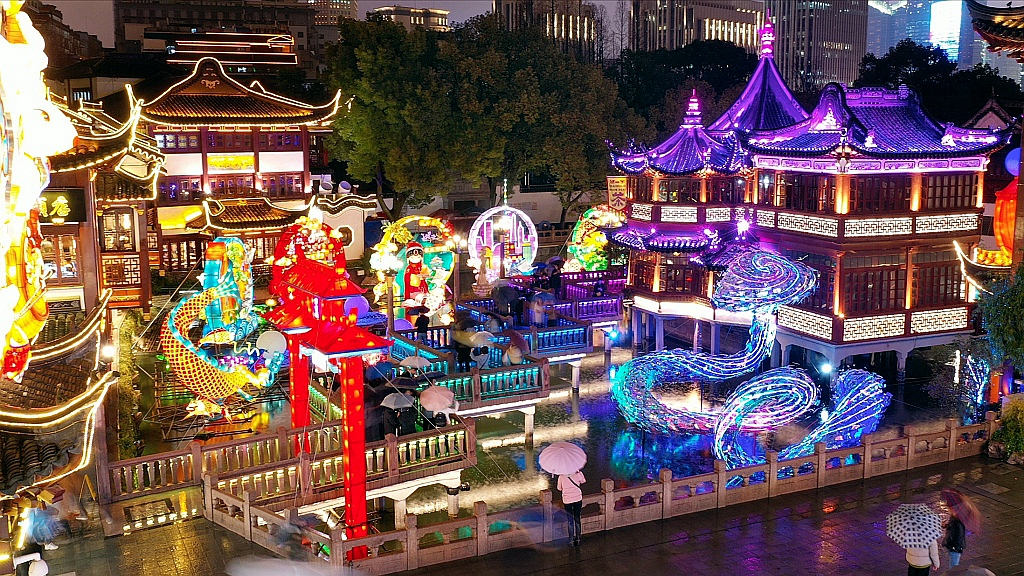 The lantern show is being held at the Yuyuan Garden in Huangpu District, Shanghai.

The lantern show is being held at the Yuyuan Garden in Huangpu District, Shanghai.

Transportation: Take Subway Line 10 and get off at Yuyuan Station.

(With inputs from Xinhua, Shanghai Daily)