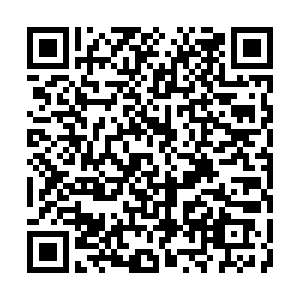 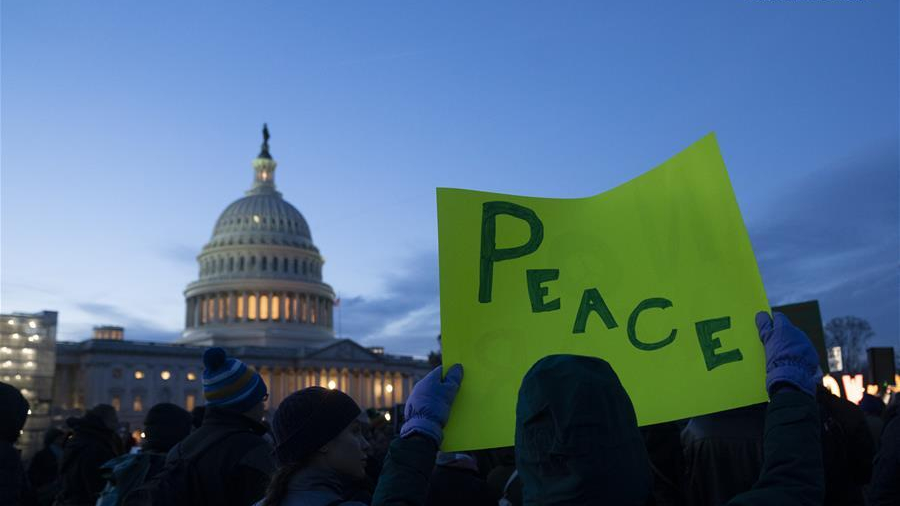 People attend a rally against war with Iran outside the Capitol Hill in Washington, U.S., January 9, 2020. /Xinhua Photo

People attend a rally against war with Iran outside the Capitol Hill in Washington, U.S., January 9, 2020. /Xinhua Photo

On Wednesday, U.S. President Donald Trump dialed back possibilities of further military action against Tehran, after Iran conducted ballistic missile attacks on Iraqi air bases housing U.S. forces. He added that the United States was "ready to embrace peace with all who seek it" – a statement resonating closely with Iran's earlier offer in December. To benefit world peace at large, it is the interest of both countries to build on this momentum and further the prospects of de-escalation.

First, cessation of hostilities is a key step towards curtailing proxy growth in the Middle East. Iran's well-established support for groups such as Fatemiyoun Division, Kataib Hezbollah and the Yemeni Houthi, stems from the argument that foreign forces – U.S. and allies – are a constant source of conflict in the Gulf. Increasing U.S. military assets in the region only furthers this problem, as more outfits are likely to rise in protest of regional peace.

A case in point is Iraqi Shi'ite militia Kataib Hezbollah, which was quick to challenge Trump's threat of sanctions against Iraq, after the parliament voted to expel U.S. troops from the country. "If Trump imposes economic sanctions on Iraq then we will work with our friends (Iran) to stop the flow of Gulf oil to America," warned Abu Ali al-Askari, security chief of the armed group.

Even the slightest preference for state-to-state dialogue could deprive the likes of Kataib Hezbollah from representing the viewpoint of another state. Middle East is yet to witness a scenario where Tehran keeps furthering its dependence on Shi'ite militias in the absence of U.S.-led sanctions or threats of war. It is critical for Washington to lead the initiative for peace.

A closer look at the Gulf reveals numerous incentives for an Iran-U.S. de-escalation to take place. Jordan has witnessed a series of protests against a controversial Israel-Jordan gas deal, and inviting another neighborhood conflict does little to lift public sentiment. Kuwait has seen the biggest decline in stocks since 2018, and Qatar was quick to renew its support for a U.S.-Iran de-escalation this week. 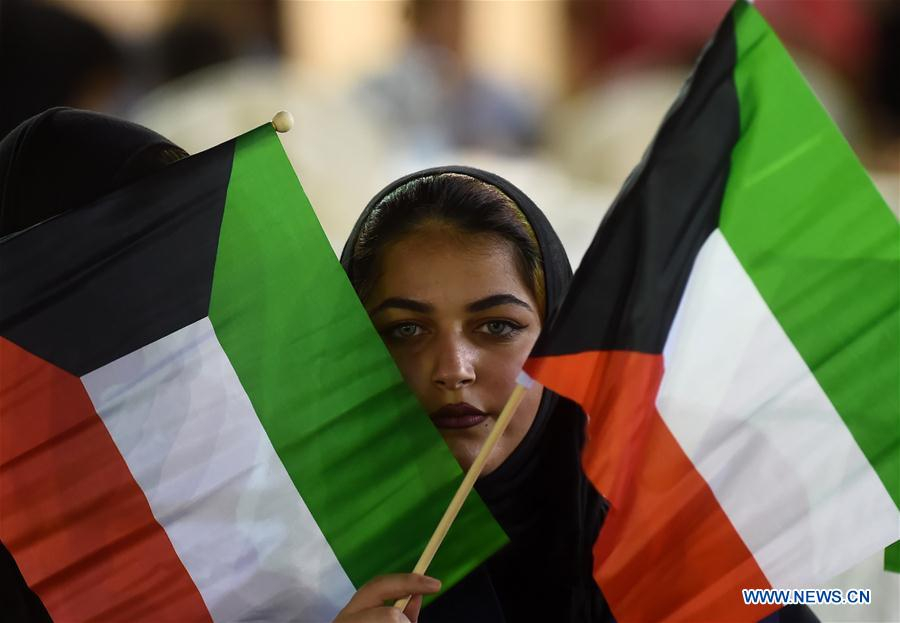 A Kuwaiti woman holds Kuwait flags during an event to commemorate the 29th anniversary of the 1990 Gulf War, in Kuwait City, Kuwait, August 7, 2019. /Xinhua Photo

A Kuwaiti woman holds Kuwait flags during an event to commemorate the 29th anniversary of the 1990 Gulf War, in Kuwait City, Kuwait, August 7, 2019. /Xinhua Photo

It is worth noting that key powers in South Asia are counting on Washington to expedite the withdrawal of U.S. troops from Afghanistan. Last month, Defense Secretary Mark Esper pointed to a reduction in U.S. troops "with or without" a peace agreement with the Taliban. Washington has also long-demanded Taliban's guarantees to post-withdrawal peace in Afghanistan.

For the Trump administration to establish itself as a credible negotiator in the eyes of the Taliban, it must first limit the breach of sovereign trust with Iran. Numerous times in the past, Washington has tested Taliban's own compliance through temporary ceasefires and a joint roadmap for peace, which was negotiated in Doha last year. But as long as two parallel tracks of peace-making and provocation constitute U.S. foreign policy in the Afghan neighborhood, the Taliban will be under no compulsion to follow through on U.S. interests, and end prospects of future militancy.

Finally, Iran's decision to outright suspend the "final restrictions" of the 2015 Joint Comprehensive Plan of Action (JCPOA) – including uranium production and enrichment activities – is a step too far. For one, Iran risks being viewed as a state that is completely opposed to non-proliferation commitments. A more effective option would have been for Tehran to underline its motivations for upholding the JCPOA, and why a Trump hardline makes suspension a national security prerogative.

Adding to the trouble is Trump's recent appeal to the United Kingdom, Germany, France, Russia, and China – signatories of the JCPOA – to break away from the remainder of the nuclear deal. Speaking at the White House, he said that "the very defective JCPOA" is set to expire shortly, and gives Iran a "clear and quick path to nuclear breakout." This break-away suggestion sends only one signal across to U.S. allies: Washington will risk the same non-proliferation policies that it claims to promote.

Until Trump produces the deal which he says would allow Iran to "thrive" and "prosper", it is in Washington's interests to use the JCPOA as the last remaining precedent to push-start reconciliatory talks with Tehran. Once attempted, both parties would be in a better position to address proxy dynamics, unilateralism, and non-proliferation guarantees – all of which are critical determiners of global peace today.