In The Spotlight: Mike Pompeo, the face of Trump's Iran policy
By John Goodrich 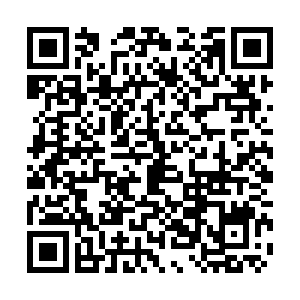 "Pompeo made very clear within hours to other administration officials that he wanted to be the face of discussing the Soleimani strike," tweeted New York Times White House correspondent Maggie Haberman in the days after the U.S. assassination of an Iranian general on Iraqi soil.

As secretary of state, Mike Pompeo was always set to play a major role in the aftermath of a U.S. attack which killed 10 people – including top Iranian general Qasem Soleimani and Abu Mahdi al-Muhandis, deputy commander of Iraq's Popular Mobilization Forces – on January 3 and dramatically escalated an already tense regional situation.

But the tweet also hinted at a larger truth: Pompeo has been the force behind Donald Trump's "maximum pressure" policy on Tehran, successfully pushing the president to abandon the Iran nuclear deal and designate the Islamic Revolutionary Guards Corps a foreign terrorist organization, and according to CNN sources, taking the primary role in arguing for the strike against Soleimani.

The 56-year-old, who this week downplayed claims he would run for Kansas' vacant Senate seat in November, is now tasked with handling the extensive fallout at home and abroad from a decision which he championed. 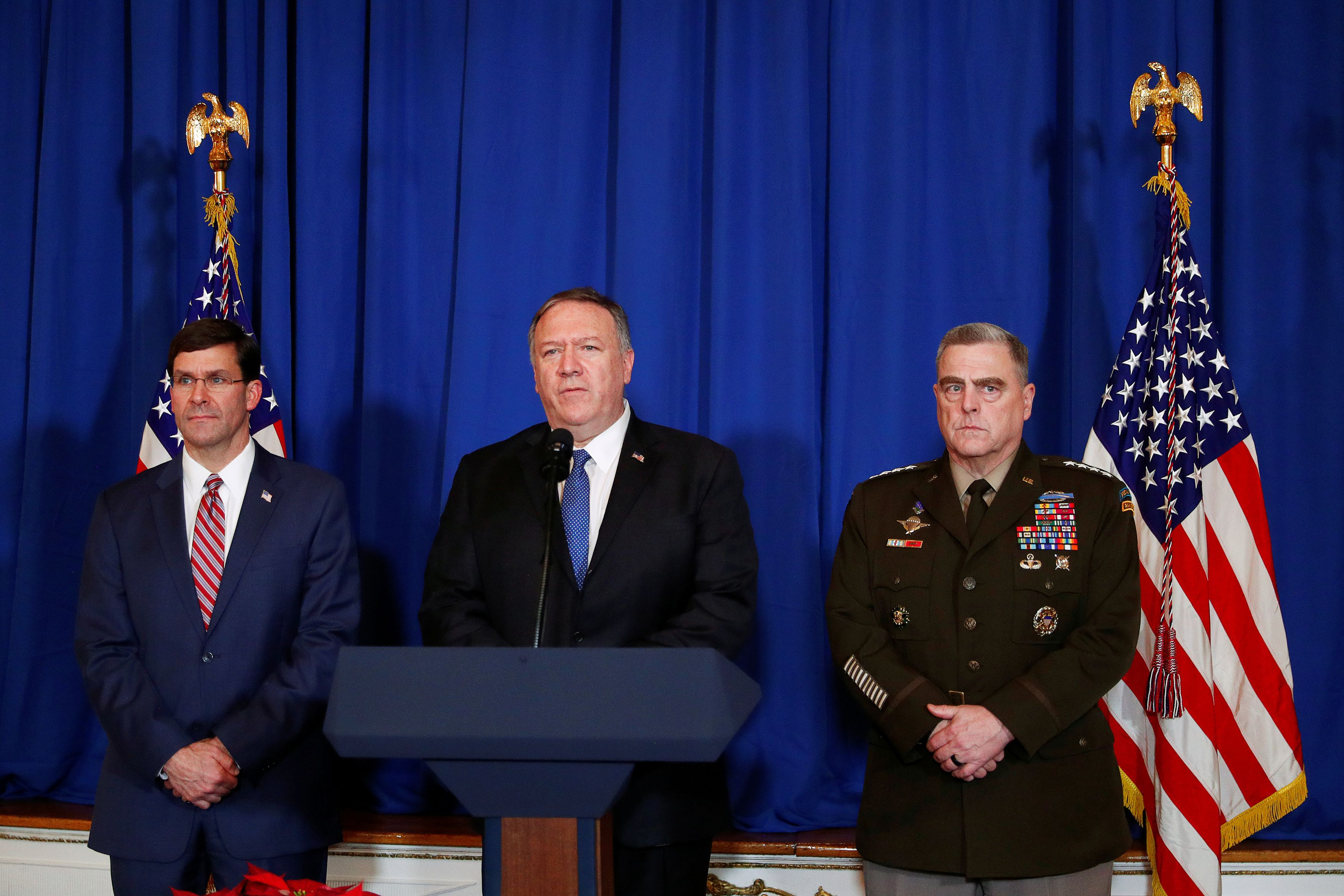 A young Pompeo was at high school in California when the Shah was overthrown in 1979, and became "a conservative internationalist who had been shaped by his Cold War-era military service" after graduating top of his class at West Point, according to the New Yorker's Susan Glasser.

When Pompeo served as an army captain in West Germany in the late 1980s, the hostage crisis at the U.S. embassy in Tehran, in which Iranian students held 52 American diplomats for 444 days, remained fresh in American minds, and the Iran-Iraq conflict – during which the U.S. supported Iraqi leader Saddam Hussein – was coming to an end.

Weeks before the end of the Iran-Iraq conflict in 1988, the U.S. shot down an Iranian passenger jet killing all 290 people on board. Iran Air Flight 655 was brought down by an American surface-to-air missile fired from a U.S. Navy cruiser – the U.S. paid compensation to the families of victims, but never formally apologized.

Pompeo entered the private sector in the early 1990s, where he was involved with big money Republican backers – and Trump skeptics – the Koch brothers, and was elected to a Kansas seat in the House of Representatives in 2011.

He backed Marco Rubio in the 2016 Republican primaries, going so far as to warn Trump would be "an authoritarian President who ignored our Constitution" and calling on Kansas Republicans to "turn down the lights on the circus."

But Pompeo, like many in the Republican Party, was quick to convert. He didn't hesitate to accept when Trump tapped him first to be CIA director and then head the State Department.

In March 2019, asked by the Christian Broadcasting Network whether Trump has been sent by god to "help save the Jewish people from an Iranian menace," the evangelical Christian said "I certainly believe that's possible."

Such is Pompeo's influence with the president that he is now referred to as the "Trump whisperer." 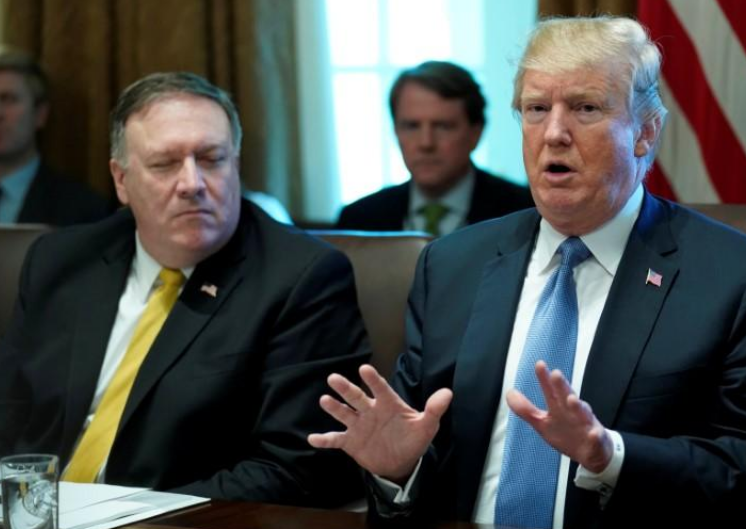 Pompeo "was the one who made the case to take out Soleimani, it was him absolutely," one source told CNN, adding that it was a decade-long goal of the Harvard Law School graduate, who is reported to still have friends from his military days serving in the Middle East.

Widely expected to run for the White House in the future, Pompeo spent days touring the TV studios defending the assassination as questions about the justification for taking out a senior Iranian state actor grew.

"This was a fella who was the glue, who was conducting active plotting against the United States of America, putting American lives at risk," he told CBS on a tour of the Sunday shows.

As it became clear the domestic reaction to the death of the leader of the Revolutionary Guard Corps' Quds Force was more questioning than celebratory, the secretary of state looked to be a man scrambling for an answer to a question he hadn't expected to be the focus.

"We took a bad guy off the battlefield," he stressed to CNN. But was Soleimani really an "imminent threat" to American lives as was initially claimed – and remains legally significant?

"It's never just one thing," Pompeo told MSNBC on January 5.

"There's things we simply cannot make public about what we knew at that time and what in fact we know today about the continuing activity," he added on Fox New the same day. 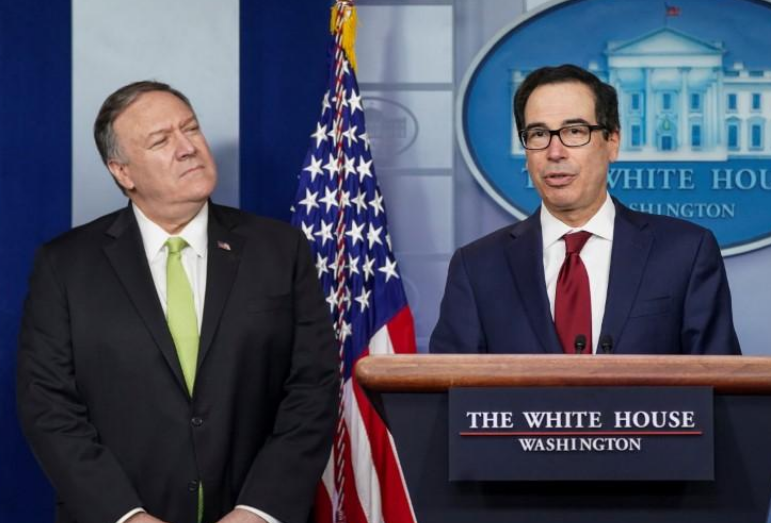 So was an attack days or weeks away, the former CIA director was later asked on CNN. "If you're an American in the region, days, weeks, this is not something that's relevant."

As the imprecise answers continued, the pressure on the administration intensified.

"If you're looking for imminence you need to look no further than the days that led up to the strike that was taken against Soleimani," Pompeo said in a press conference on Tuesday, seemingly pointing to violent protests at the U.S. embassy in Baghdad and the killing of an American interpreter at the end of December.

By Friday, the justification had moved on to "a broad, large-scale attack" against American facilities. That evening President Trump vaguely added, again on Fox, "I can reveal that I believe it probably would've been four embassies."

The answers in public and private haven't impressed lawmakers on either side of the aisle.

After a closed-door briefing on Wednesday, which Pompeo was part of, Republican senators Mike Lee and Rand Paul were critical of the level of information shared. Lee said it was "the worst briefing I've seen, at least on a military issue" while Paul described it as "less than satisfying."

The suggestion that Congress should not have a role in debating military action was "unAmerican" according to Lee, and on Thursday the House of Representatives approved a non-binding resolution seeking to force Trump to ask consent from Congress before taking further military action against Iran. The Senate is expected to consider a similar measure in the coming days.

The domestic debate over the legality of the strike and the powers of the president are just two of many threads that have been pulled loose by the Soleimani assassination.

From Iran's retaliation and the "unintentional" downing of a Ukrainian passenger plane to the Iraqi move to kick out U.S. forces and the major ramifications such a development would have, potential for chaos lies ahead even as Tehran and Washington look to deescalate.

And Pompeo – who was also involved in the events behind the Democratic move to impeach Trump – is set to remain at the center of the debate at home and abroad.