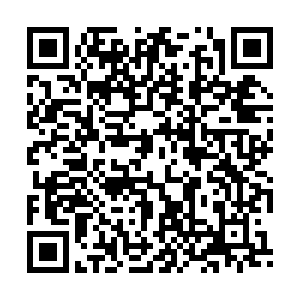 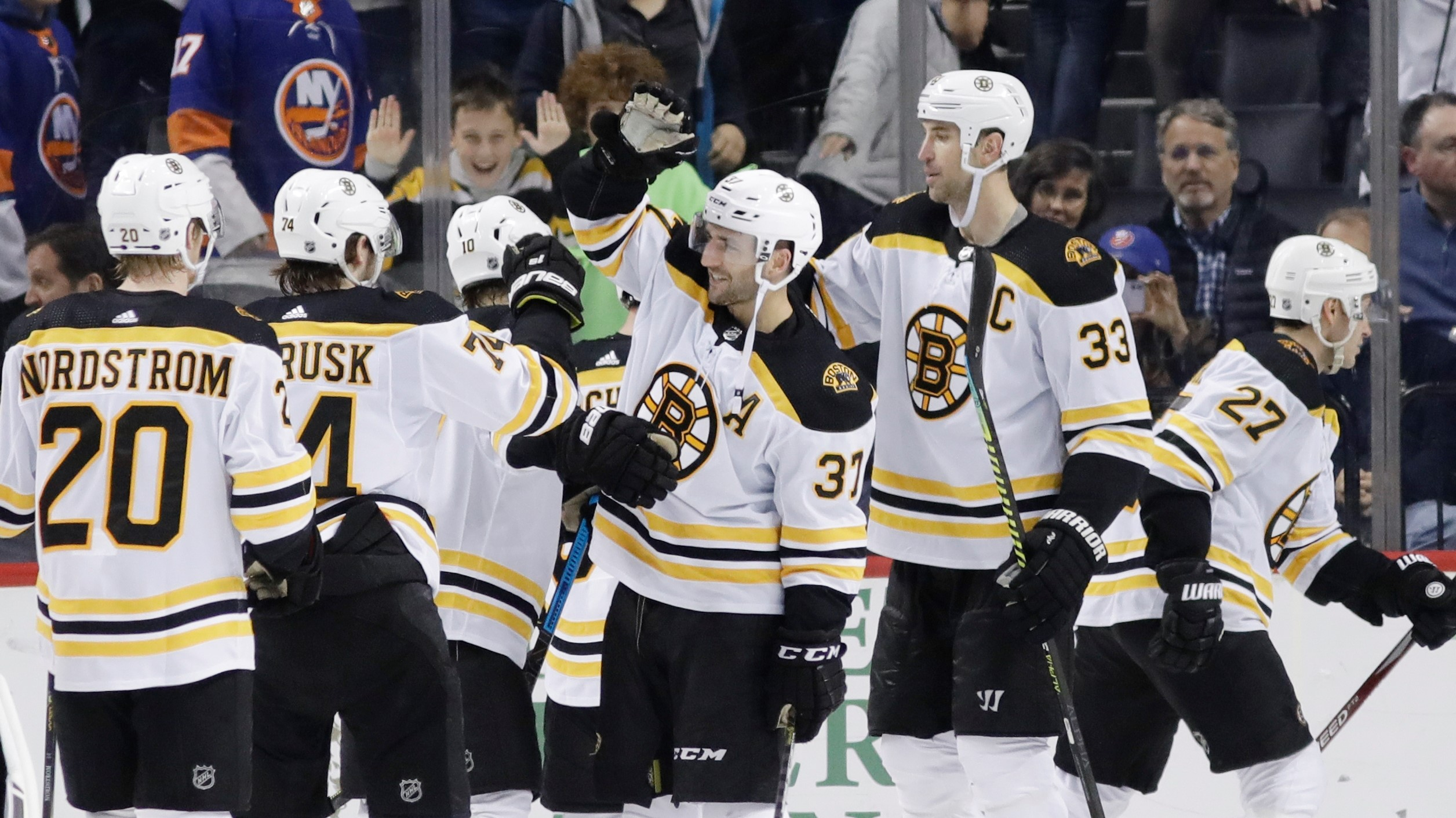 Players of the Boston Bruins celebrate after their 3-2 victory over the New York Islanders at the Barcalys Center in Brooklyn, New York, January 11, 2020. /AP Photo

Players of the Boston Bruins celebrate after their 3-2 victory over the New York Islanders at the Barcalys Center in Brooklyn, New York, January 11, 2020. /AP Photo

Patrice Bergeron knew if he was in the right place, he'd get the puck with a chance to get the winning goal in overtime.

Bergeron scored a power-play goal 1:33 into the extra period to lift the Boston Bruins to a 3-2 victory over the New York Islanders on Saturday night.

With the Islanders' Brock Nelson off for tripping and Boston with its second man advantage of the game, Bergeron got a pass from Torey Krug in the left circle, settled the puck and beat Semyon Varlamov on the blocker side.

"It was an amazing play by Torey," Bergeron said "I was reading that there was two guys going at him, so I figured if I was to stay in that pocket the puck would come and I'd have a little bit of time, and I did."

It gave the Bruins a goal with the man advantage for a club-record 13th straight game.

Mathew Barzal had a goal and an assist, and Scott Mayfield also scored for the Islanders. Varlamov had 30 saves.

"The chances were there," Barzal said. "That's a heck of a hockey team over there. The whole lineup. That was two top teams going at it, I think it was what we expected it to be, a chess match."

New York, which snapped a seven-game losing streak to the Bruins in a 3-2 shootout win at Boston on December 19, has now lost nine straight meetings at home.

Moore gave the Bruins a 2-1 lead as he fired a slap shot from the left point just inside the blue line that went between Varlamov's skates and in for his second at 5:48 of the third.

"I had a little bit of space and a lane," the defenseman said. "They did a really good job at fronting shots, so I just wound up and tried to hit it as hard as I could and it found its way to the back of the net."

Barzal tied it for the Islanders less than four minutes later. Josh Bailey picked up a loose puck, skated up the left side and found Barzal streaking to the net, and the star center tipped his teammate's pass past Rask for his 17th at 9:33.

"We had lots of net presence, we had chaos around their net," Islanders coach Barry Trotz said. "I thought we showed good resiliency when they they took the lead and we tied it up."

With the Islanders leading 1-0, Beauvillier had a chance to add to the lead off a pass from Barzal, but Rask made a nice right pad save a little more than five minutes into the second period.

Brusk tied it off the rebound of a shot by Charlie McAvoy with the puck deflecting off Mayfield's skate and over Varlamov at 8:33 of the middle period. It was Debrusk's 14th and came on Boston's 10th shot of the game.

With the Bruins on a power play, Varlamov made a diving save to his right to deny David Pastrnak's wraparound try with 5:13 left, drawing chants of "Var-ly! Var-ly!" from the home crowd. Varlamov had another nice save on a try by Brad Marchand 24 seconds later.

The Islanders controlled play for much of the first period, outshooting the Bruins 14-5 over the first 20 minutes.

Mayfield got the Islanders on the scoreboard 4:36 into the game. Barzal brought the puck around the back of the net, and found Mayfield in the right slot with a pass from the left corner, and the defenseman fired a long shot past Rask for his career-high fifth goal.

Rask had to make several nice saves to keep it a one-goal game.

"If not for Tuukka in that first 20 (minutes), you wonder where we'd be," Moore said. "You don't want to stick with that recipe. We want to learn from it and improve."