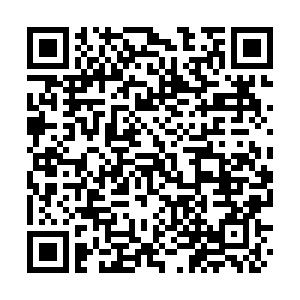 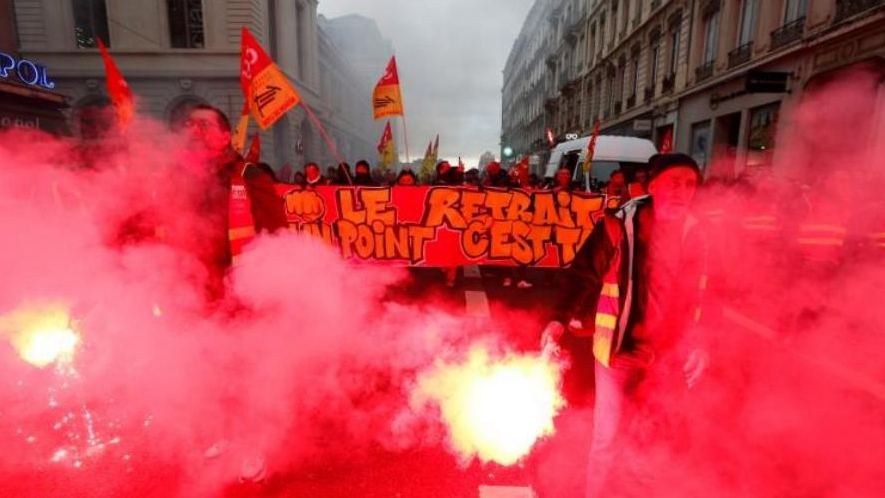 Protesters walk with red flares during a demonstration of French labor union members and workers on strike in Lyon, France, January 11, 2020. /Reuters Photo

Protesters walk with red flares during a demonstration of French labor union members and workers on strike in Lyon, France, January 11, 2020. /Reuters Photo

French Prime Minister Edouard Philippe on Saturday offered a big concession to unions contesting his government's overhaul of the pension system, in a move aimed at ending strikes which began December 5.

Philippe said in a letter to unions and employers that he was prepared to withdraw plans to raise the retirement age for full pension benefits by two years to 64 if certain conditions were met.

"The compromise that I'm offering seems to me the best way to peacefully reform our retirement system," said Philippe.

He made the concession after talks between the government and trade unions failed to break the deadlock on Friday.

The Democratic Confederation of Labor (CFDT), France's biggest union which is inclined to accept a limited reform, welcomed the move, saying in a statement that it showed "the government's will to find a compromise." 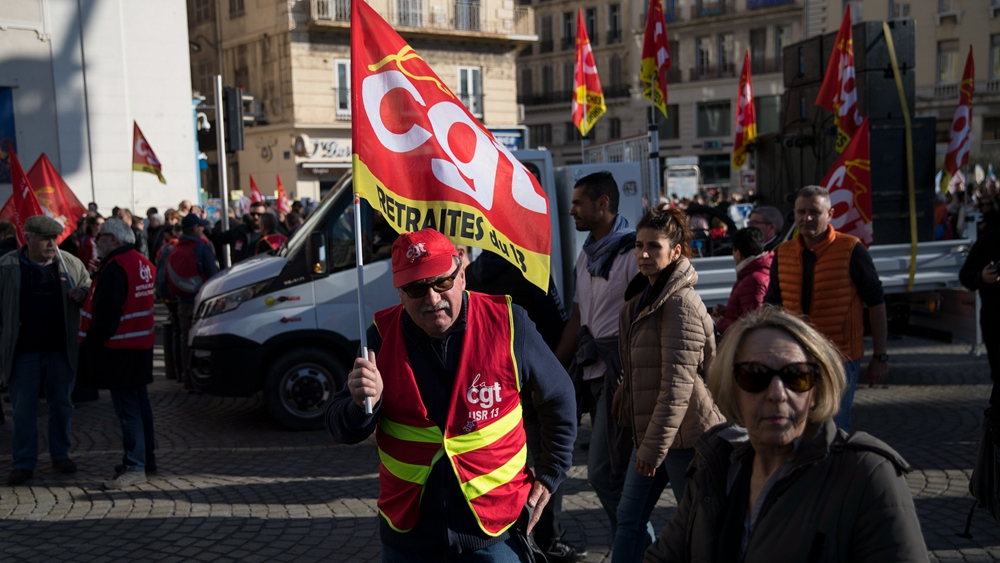 A striker wearing a CGT union vest at a demonstration in Marseille, France, January 11, 2020. /AP Photo

A striker wearing a CGT union vest at a demonstration in Marseille, France, January 11, 2020. /AP Photo

But the hardline CGT union, which wants the reform dropped altogether, rejected the offer and called on workers to participate in a series of protests planned for next week.

The government's concession comes as tens of thousands of demonstrators marched through eastern Paris against the reform, which aims to replace France's existing sector-specific pension schemes with a single points-based scheme.

The protest turned violent on its fringes with police firing tear gas and charging groups smashing windows and lighting rubbish bins and billboards on fire.

The government's standoff with the unions is the biggest challenge yet of President Emmanuel Macron's will to reform the euro zone's second-biggest economy.

Philippe's government had hoped to create incentives to make people work longer, notably by raising the age at which a person could draw a full pension to 64 while maintaining the legal retirement age at 62. 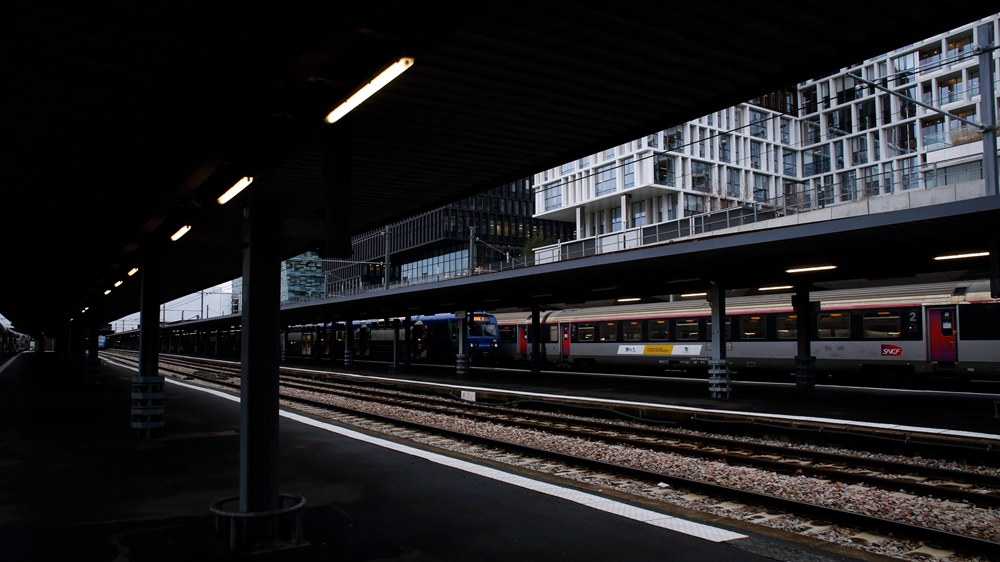 The government has argued that the pension reform, which would be the biggest since World War II, would make the system fairer.

Philippe aims to present the reform bill on January 24 so that it can be discussed in parliament starting in mid-February with the aim of passing a law before the summer break.

So far, the largest French strike in decades has badly disrupted the country's transport system, particularly trains. Some residents were said to be tired of the paralyzed transport.

The weeks-long strike also took a heavy loss on businesses, especially retailers, hotels and restaurants during Christmas season, which should be one of the busiest periods of the year.

Industry associations have reported turnover declines of 30 to 60 percent in the 2019 Christmas season as compared to the figures a year before.