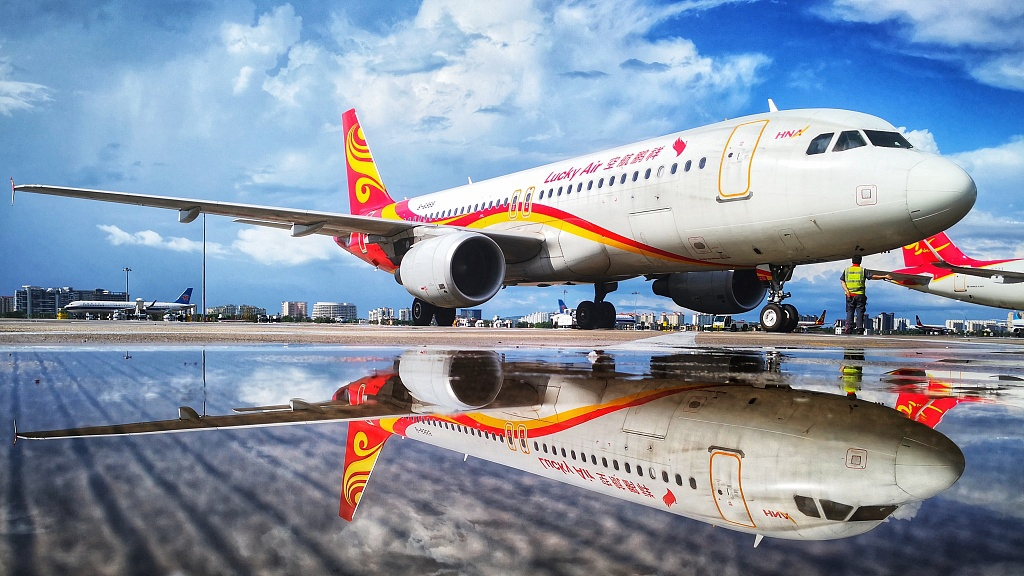 More than 6.7 million passengers are expected to be transported via two major airports in southern China's island province of Hainan during the Spring Festival travel rush which starts on Friday.

Sanya Phoenix International Airport is expected to handle 16,880 flights and about 3.16 million passengers, with a year-on-year increase of 8.2 percent and 4.6 percent respectively.

Several airlines including Hainan Airlines and Southern Airlines plan to increase the number of flights from Haikou to hot tourism destinations such as Beijing, Shanghai and Myanmar's Rangoon to 1,594, which will offer more than 250,000 seats.

The Spring Festival holiday, a traditional time for family reunions, runs from Jan. 24 to 30 this year, while the travel rush, also known as "chunyun," will last for 40 days from Jan. 10 to Feb. 18.

(Cover: An airplane at the Sanya Phoenix International Airport.)