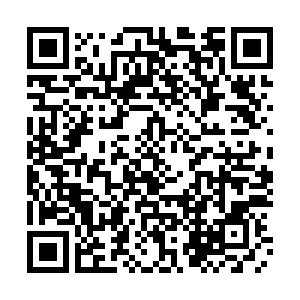 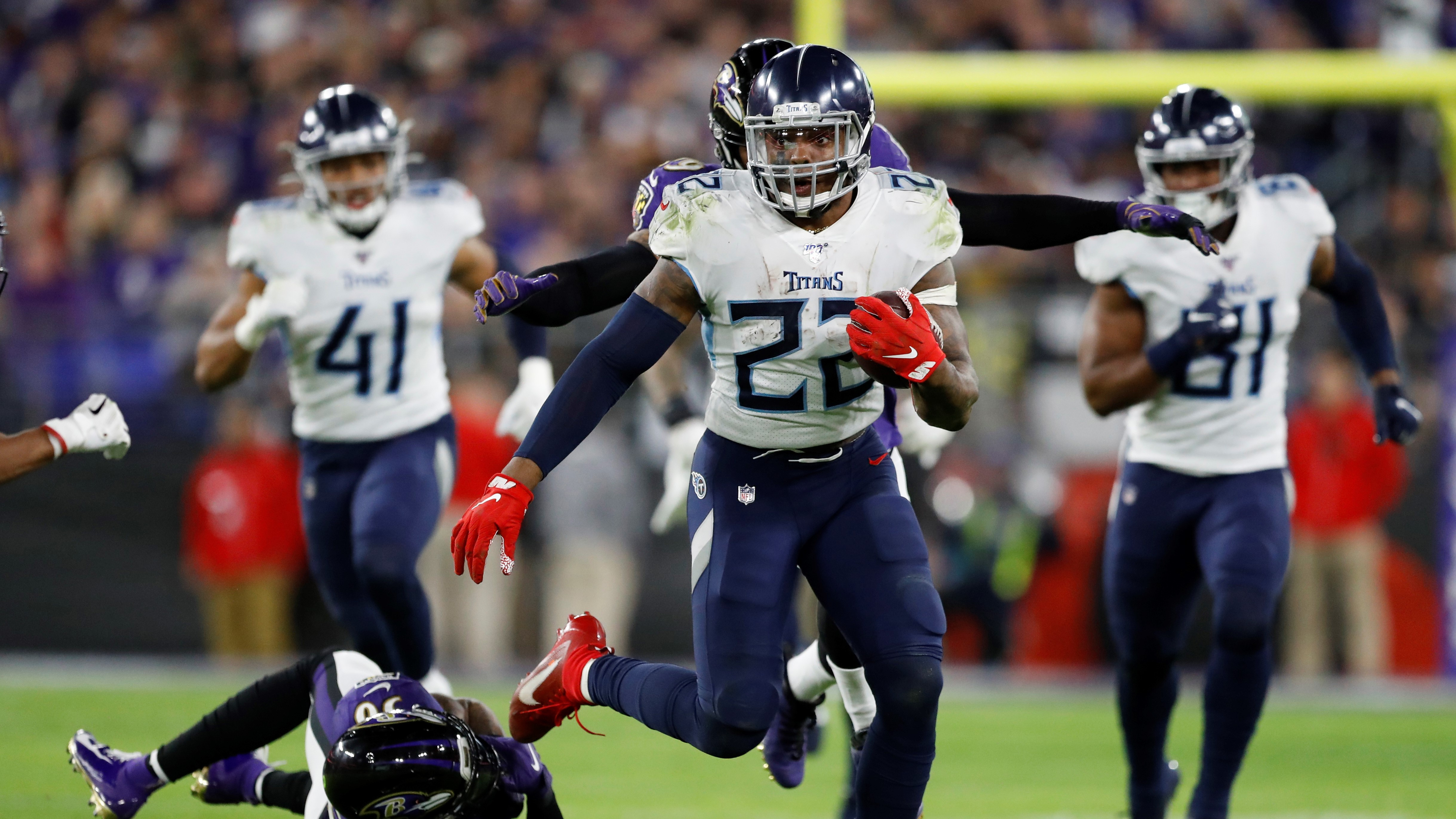 Derrick Henry #22, running back of the Tennessee Titans, runs with the ball in the AFC playoff game against the Baltimore Ravens at M&T Bank Stadium in Baltimore, Maryland, January 11, 2020. /AP Photo

Derrick Henry #22, running back of the Tennessee Titans, runs with the ball in the AFC playoff game against the Baltimore Ravens at M&T Bank Stadium in Baltimore, Maryland, January 11, 2020. /AP Photo

When he was done leading Tennessee into the AFC championship game Saturday night, he did a lengthy victory lap around the Baltimore Ravens'home, slapping hands and taking selfies with Titans fans.

It has been quite a two-week ride.

"It's not just me," Henry said after rushing for 195 yards and throwing a 3-yard touchdown pass in a 28-12 upset of the NFL's top team Saturday night. "It's a team effort. We're all playing collectively as an offense, as a whole. We're just locked in. We believe in each other. We communicate. It's working out there."

The Titans fear no one, and why should they with Henry rushing – and even throwing – the ball, and a big-play defense making clutch stops and turnovers?

On Saturday night, it was Henry who was unstoppable, despite Baltimore stacking eight men up front on almost two-thirds of his runs. At times, Henry used power to create space, at others the holes the line provided were huge.

"Watch us work," said Henry, the NFL's leading rusher this season. "We don't do too much talking. We just go work and believe in each other. That's our mentality. We're going to come in here and work... Focus on finishing."

Tennessee's defense had two interceptions of All-Pro QB Jackson, who also lost a fumble, and the Titans twice stopped Baltimore on fourth-and-1.

Henry's jump-pass to Corey Davis displayed yet another of his skills. He has completed three throws in four attempts in his career.

"I put it perfect, man," he said with a smile. "I haven't done that pass since high school. I feel l like I still got it."

But it's the way he plows over and through opponents that makes Henry – and the Titans – dangerous. Next week, they will go after their second Super Bowl trip and first since the 1999 season, either at Kansas City or Houston. The last sixth seed to get to the big game was Green Bay in the 2010 season; the Packers won it all. 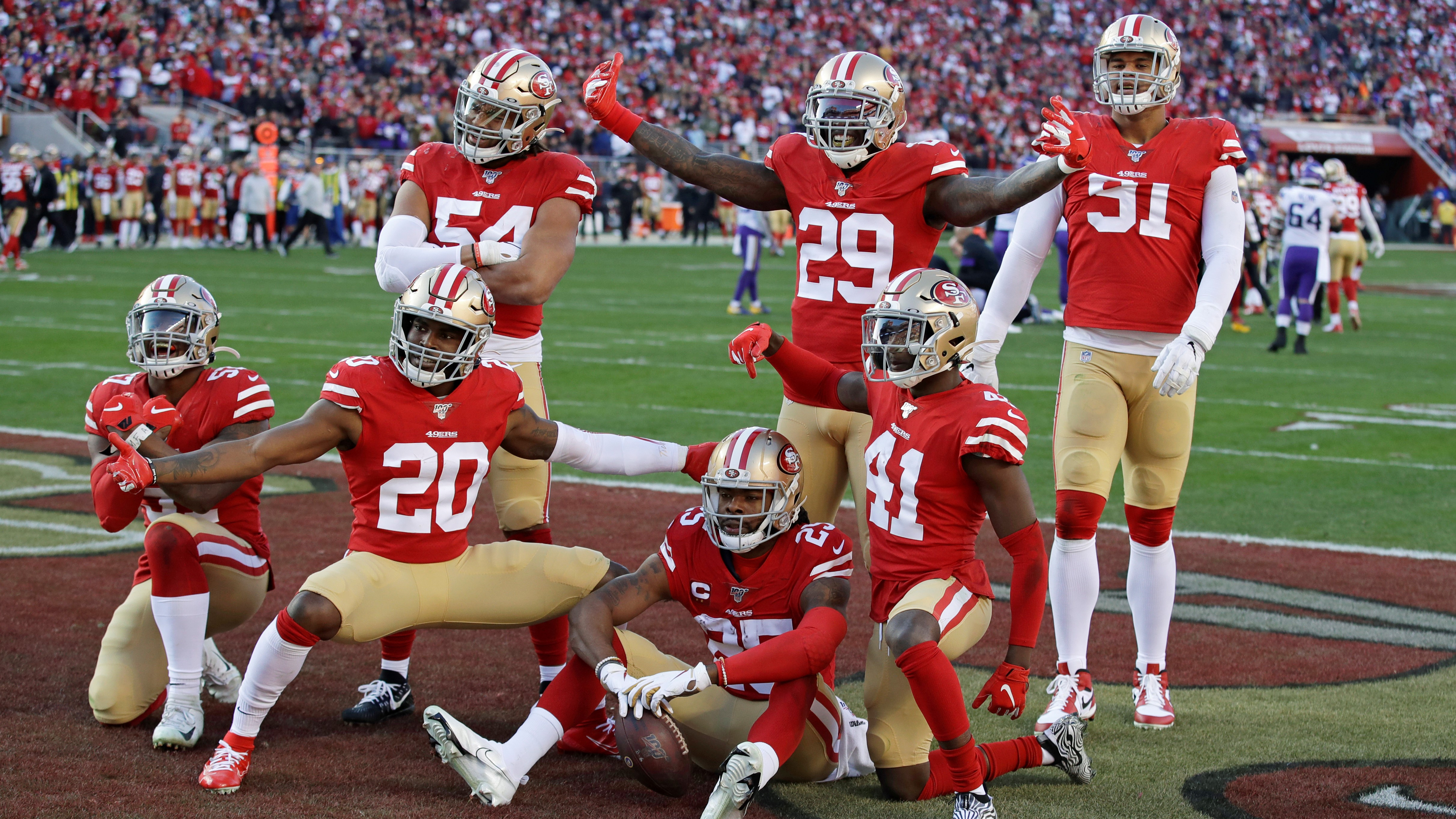 Richard Sherman anticipated the route for an interception and then watched the San Francisco 49ers run eight straight times for the touchdown that put them in control of their first playoff game in six years.

The dominant defense and powerful running game that carried the Niners to an 8-0 start this season delivered a 27-10 victory over the Minnesota Vikings in the divisional round Saturday.

"People keep disrespecting us. At the end of the day, all you can do is go out and execute," Sherman said. "It felt good. That's what we look like when we're totally healthy."

The return of injured defensive starters Dee Ford, Kwon Alexander and Jaquiski Tartt had the Niners (14-3) playing as they did in the first half of the season as they set a franchise playoff record by allowing only 147 yards.

Jimmy Garoppolo threw a TD pass on his opening drive as a playoff starter and then mostly watched his defense and running game take over from there. The top-seeded 49ers turned a pair of second-half turnovers by Minnesota (11-7) into 10 points.

"They're pretty good right?" tight end George Kittle said of his defense. "It's such a blast just to watch them, how they work together.

"If our defense keeps playing like that, all we have to do is not turn the ball over to win games"

Sherman set up Tevin Coleman's second short touchdown run of the game when he beat Adam Thielen to the spot to intercept Kirk Cousins for his third career playoff interception.

Coleman had five of the eight carries on the 44-yard drive as part of a 105-yard rushing performance.

"Those guys did very well," Coleman said of his offensive line. "They moved the guys back so I had clear holes to run through. So, yeah, they did a real good job."

Marcus Sherels' fumbled punt later in the third quarter led to a field goal that made it 27-10 early in the fourth quarter.

San Francisco didn't allow Minnesota to gain a first down for more than 27 minutes of game action starting late in the second quarter.

The Niners will host the NFC championship game next week against the winner of Sunday's game between Seattle and Green Bay.