Blueger scores in 8th round of SO, Penguins beat Coyotes
CGTN 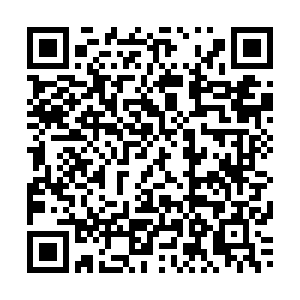 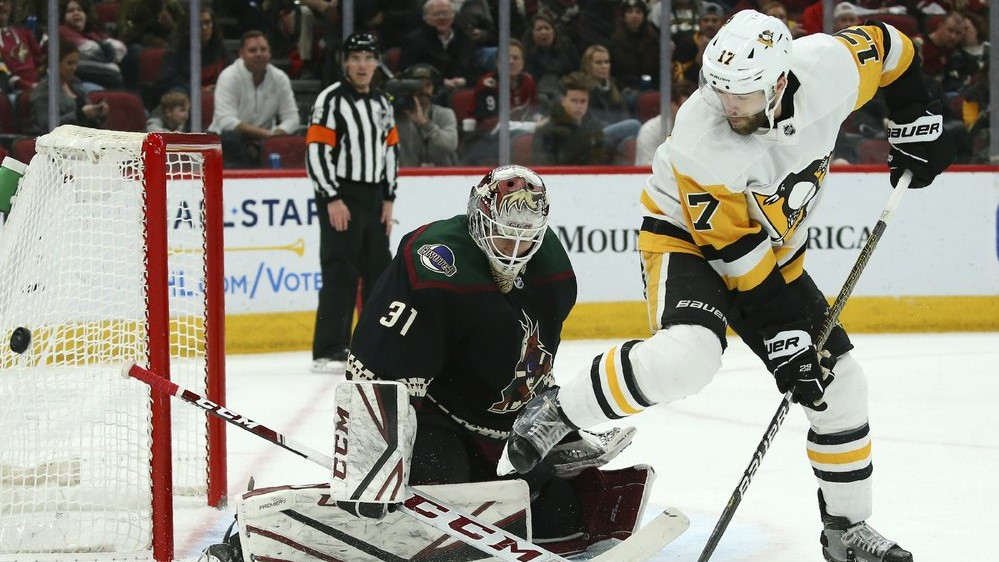 Adin Hill #31, goaltender of the Arizona Coyotes makes a save on a shot as Bryan Rust #17 of the Pittsburgh Penguins gets out of the way of the shot in the game at the PPG Paints Arena in Pittsburgh, Pennsylvania, January 12, 2020. /AP Photo

Adin Hill #31, goaltender of the Arizona Coyotes makes a save on a shot as Bryan Rust #17 of the Pittsburgh Penguins gets out of the way of the shot in the game at the PPG Paints Arena in Pittsburgh, Pennsylvania, January 12, 2020. /AP Photo

The last time Teddy Blueger took part in a shootout was last season in the American Hockey League.

His debut in an NHL tiebreaker was a smashing success.

Blueger flipped the puck under the crossbar in the eighth round of the shootout to give the Pittsburgh Penguins a 4-3 victory over the Arizona Coyotes on Sunday.

"Not something I'm used to, for sure," said Blueger, who has six goals in 45 games this season. "But someone was bound to score. Obviously with each shot, it seems like the pressure mounts a little bit."

Pittsburgh's Bryan Rust and Arizona's Taylor Hall each scored in the third round of the tiebreaker.

Tristan Jarry had 25 saves in his second victory over the Coyotes this season. He made 33 saves in a 2-0 win on December 6, 2019. In this one, he stopped Carl Soderberg's wrister in the shootout after Blueger's goal to end the game.

"In the shootout the puck was rolling a ton, especially on our shots," Hall said. "Their goalie made some great saves, and sometimes the shootout is a bit of a coin flip."

Arizona missed the net three times in the tiebreaker, and Pittsburgh's Dominik Simon hit the post in the seventh round.

"When you get down to that part of the bench, there is no a huge body of work to lean on," Sullivan said. "It becomes more about a feel thing. We try to use as much science as we can, but when you go that deep into a shootout, there's no data to go on. It's more a coach's feel. Obviously, Teddy, it was a great shot. It's probably appropriate too, because he has played extremely well on this road trip."

Hall had a goal and an assist, and Conor Garland and Derek Stepan also scored for the Coyotes, who had been shutout in the previous two games but still lost their third straight. Adin Hill made 30 saves in his third start of the season for Arizona, with both Antti Raanta and Darcy Kuemper out with injuries.

Stepan redirected a centering pass from Niklas Hjalmarsson to give the Coyotes a 3-2 lead with eight minutes remaining before Tanev scored on a shot from the slot with three minutes left to tie it.

McCann scored at 2:43 of the first period, 18 seconds into a 5-on-3 power play. McCann has three goals in his last four games.

Garland tied it at 1 with his 15th of the season with 5:37 left in the first period, the Coyotes' first goal since Lawson Crouse scored in the final minute of third period in a 5-2 victory at Florida on Tuesday.

Hornqvist put the puck past Hill on a sharp angle from the right side on a power play for a 2-1 lead four minutes into the second period. He has five goals in his last eight games.

Hall countered from a similarly severe angle from left side midway through the period to tie it at 2.

Coyotes coach Rick Tocchet is still looking for his first win against the Penguins, for whom he played and also served as an assistant coach. He is 0-5-1 against them since becoming the Coyotes' head coach on July 11, 2017.

Phil Kessel, who joined Tocchet in Arizona this season, scored the overtime game-winner in the Penguins' 3-2 victory over the Coyotes last January 19.

Tocchet scored 41 goals in two seasons and part of a third (1991-94) with the Penguins and was an assistant coach for three seasons (2014-16) there before being taking the Coyotes' job.

Raanta is not expected to play against San Jose on Tuesday after suffering an undisclosed injury in the final game of the road trip Friday.

With Kuemper likely out until after the All-Star break, the Coyotes dressed goaltenders Hill and Ivan Prosvetov on Sunday. Prosvetov, recalled from Tucson of the American Hockey League on Saturday, has never played an NHL game.