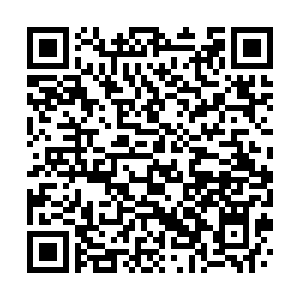 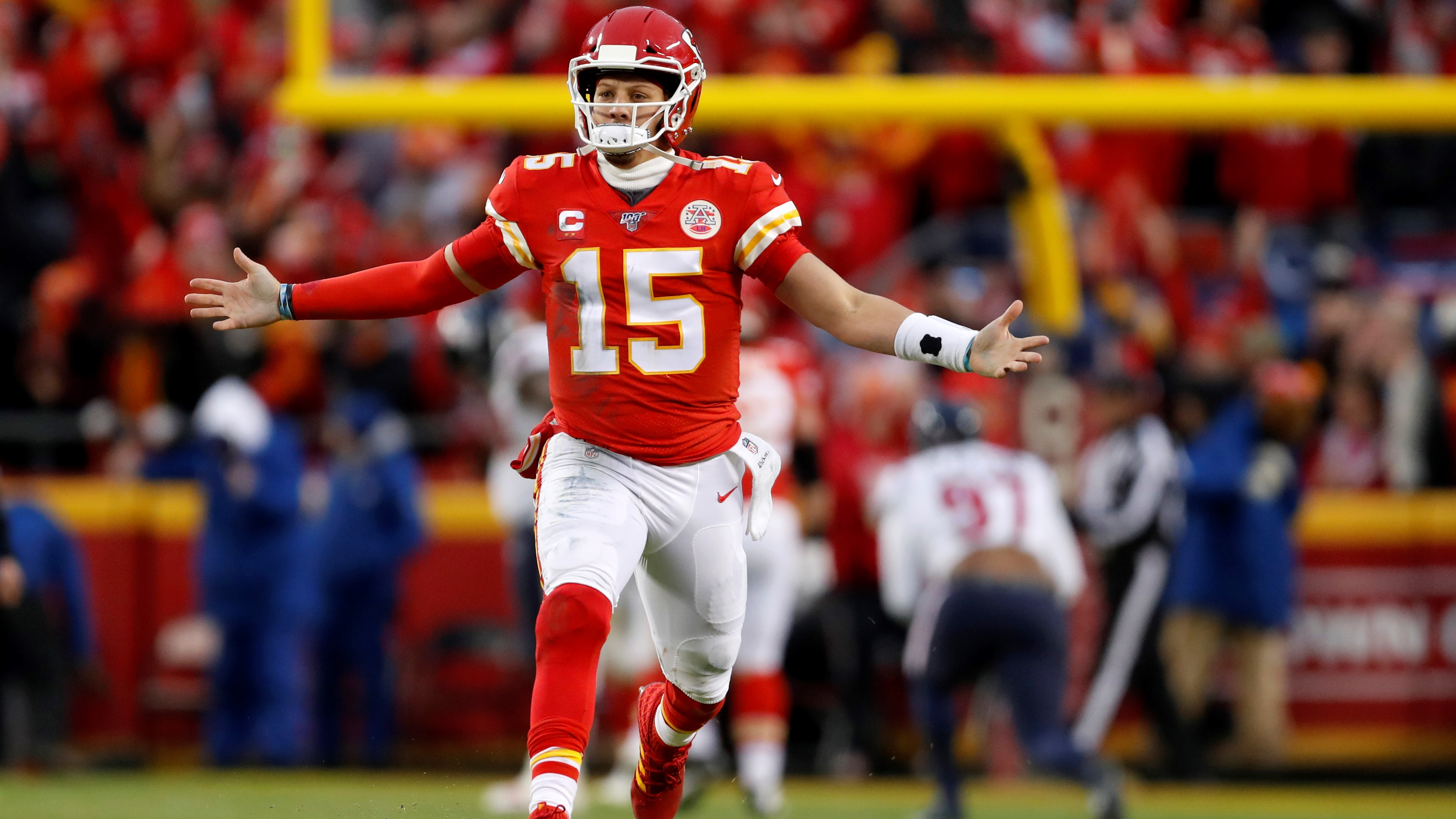 Patrick Mahomes #15 of the Kansas City Chiefs celebrates after throwing a touchdown pass in the NFL playoff game against the Houston Texans at Arrowhead Stadium in Kansas City, Missouri, January 12, 2020. /AP Photo

Patrick Mahomes #15 of the Kansas City Chiefs celebrates after throwing a touchdown pass in the NFL playoff game against the Houston Texans at Arrowhead Stadium in Kansas City, Missouri, January 12, 2020. /AP Photo

Patrick Mahomes stalked up and down the sideline like a field marshal rallying his troops, the brilliant young quarterback imploring the Kansas City Chiefs to stay together even as the Houston Texans were on the verge of taking them apart.

The Chiefs already faced a 24-0 hole, bigger than any deficit they had overcome in franchise history.

''The biggest thing I was preaching,'' Mahomes said later, ''was, 'Let's go do something special. Everybody is counting us out. Let's go out there and play by play put it out there.' And play by play, we did what we were supposed to do.''

Beginning with the first of his five touchdown passes, Mahomes and the Chiefs slowly chipped away at Houston's seemingly insurmountable lead. They continued to pick up momentum, outscoring the Texans 28-0 during the second quarter alone, and eventually reeled off 41 consecutive points before cruising the rest of the way to a 51-31 victory Sunday that propelled Kansas City back to the AFC championship game for the second consecutive season.

In doing so, the Chiefs (13-4) became the first team in NFL history to win a playoff game by at least 20 points after trailing by at least 20. They matched the fourth-biggest comeback in playoff history while winning a postseason game in back-to-back seasons for the first time. Travis Kelce and Damien Williams scored three touchdowns apiece, joining the 49ers' Jerry Rice and Ricky Waters in Super Bowl 29 as the only teammates to score that many times in a postseason game.

Meanwhile, Mahomes led by example as much as by voice. He finished with 321 yards passing, becoming the first player in postseason history with at least 300 yards passing and five touchdowns while running for at least 50 more yards.

''You saw him going up and down the bench, he was talking to everybody, - 'Just settle down,''' Chiefs coach Andy Reid said. ''As a head coach, you can't ask for more than that. When he's the leader of your team and he's going, 'Hey, we're going to be fine. Let's not wait for the fourth quarter. Let's go!' And he did that.''

Now, after losing to the Patriots in overtime in last year's conference title game, the Chiefs are back on the brink of their first Super Bowl appearance in 50 years. They will host Tennessee next Sunday in a rematch from earlier this season after the Titans upset Lamar Jackson and the top-seeded Baltimore Ravens on Saturday night.

''We've already played them and we know they're a tough team,'' Mahomes said. ''They're a team that battles all the way until the end. They're a team that's really hot, playing really good football right now, so we know it's going to take our best effort. And, whatever way, we've got to find a way to win.'' 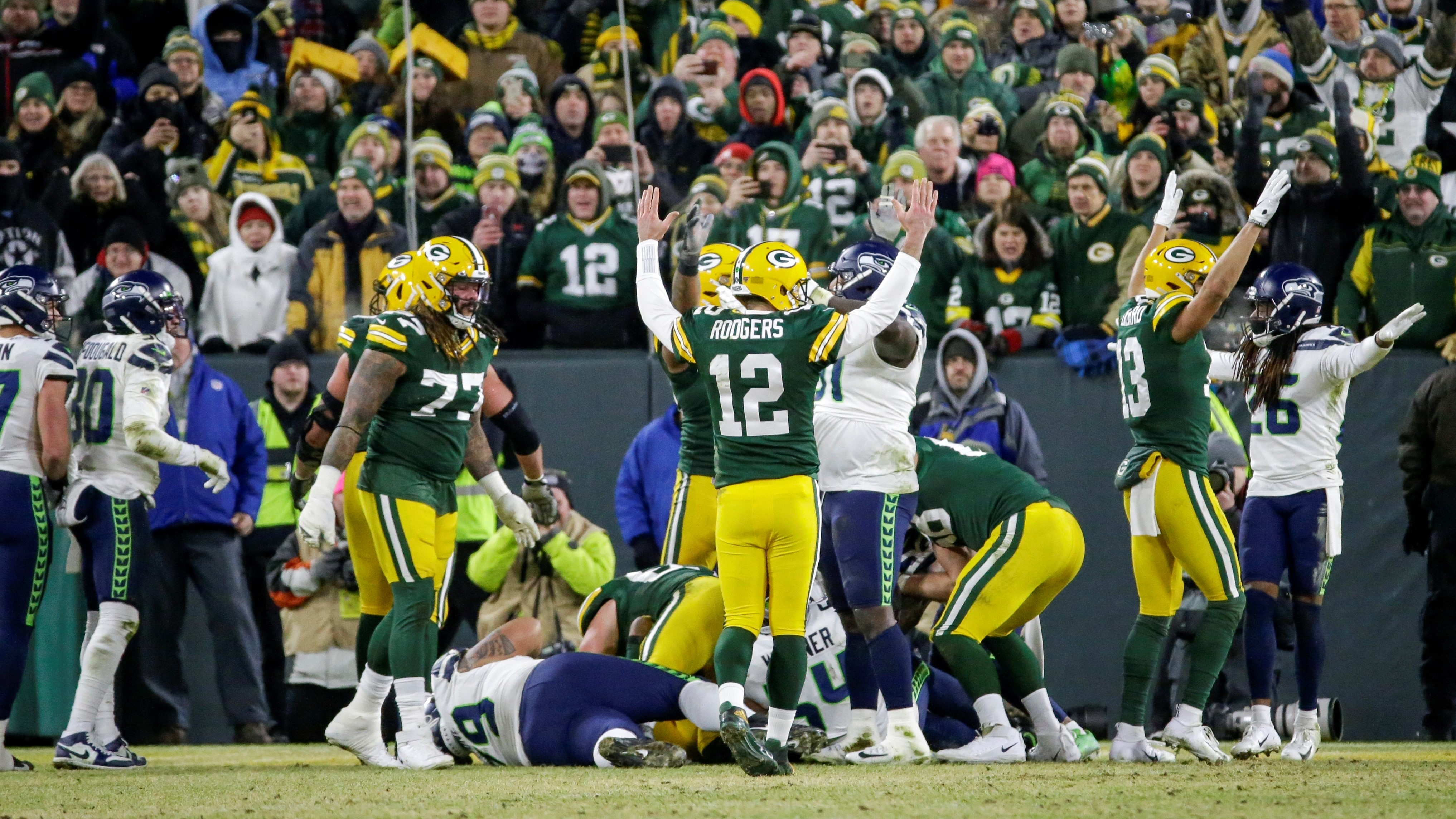 Aaron Rodgers #12 of the Green Bay Packers celebrates after his teammate Aaron Jones achieves a touchdown in the NFL playoff game against the Seattle Seahawks at Lambeau Field in Green Bay, Wisconsin, January 12, 2020. /AP Photo

Aaron Rodgers #12 of the Green Bay Packers celebrates after his teammate Aaron Jones achieves a touchdown in the NFL playoff game against the Seattle Seahawks at Lambeau Field in Green Bay, Wisconsin, January 12, 2020. /AP Photo

Aaron Rodgers and the Green Bay Packers have relied more on character and resilience than offense or defense this NFL season, lagging well behind past editions in aesthetics.

This divisional round win over Seattle, though, was a vintage Rodgers performance. He helped the Packers pull within a game of the Super Bowl with an array of clutch completions at the most critical of moments.

Rodgers connected with Davante Adams eight times for 160 yards and two touchdowns, Green Bay's spruced-up defense fended off a spirited Seahawks rally, and the Packers held on for a 28-23 victory Sunday night to reach the NFC championship game for the third time in six years.

''It's one of those feelings that starts to creep up in warmups, when you really feel like you're locked in,'' Rodgers said, ''and I was glad it translated to the field.''

Aaron Jones rushed for 62 yards and two first-half scores for the Packers (14-3), who will travel next weekend to take on top-seeded San Francisco. Rodgers, who went 16 for 27 for 243 yards in his 17th career postseason start, Rodgers has 38 touchdown passes in the playoffs. That's good for fifth in league history.

''He's definitely hungry for another Super Bowl. He deserves it, so we're doing everything in our power to put him in that position,'' said Adams, who set Green Bay's postseason record for receiving yards.

Russell Wilson carried the Seahawks (12-6) on yet another comeback, this time from a 21-3 halftime deficit, but the Packers forced a punt shortly before the two-minute warning on the second sack of the game by Preston Smith. That was Green Bay's fifth of the game.

The Seahawks never got the ball again.

Rodgers sealed the win with two third-down throws: a 32-yard strike to Adams on third-and-8 with 2:19 left and then for 9 yards to Jimmy Graham on third-and-9 right after the two-minute warning to take down a Seahawks team that was 8-1 on the road this season entering the game.

''I'm just going to enjoy a nice glass of scotch tonight,'' Rodgers said, ''and get on to the film of San Fran and get ready for a tough opponent.''

Rodgers exacted some payback for five years ago, when the Packers blew a 16-0 halftime lead in the NFC championship game at Seattle and were beaten 28-22 in overtime. The Seahawks lost their next game to New England when Wilson was infamously intercepted late at the goal line and haven't been back to the conference title game since then.