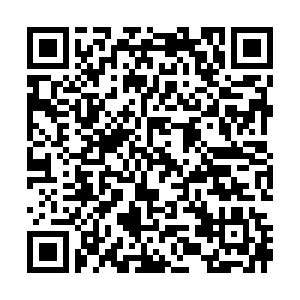 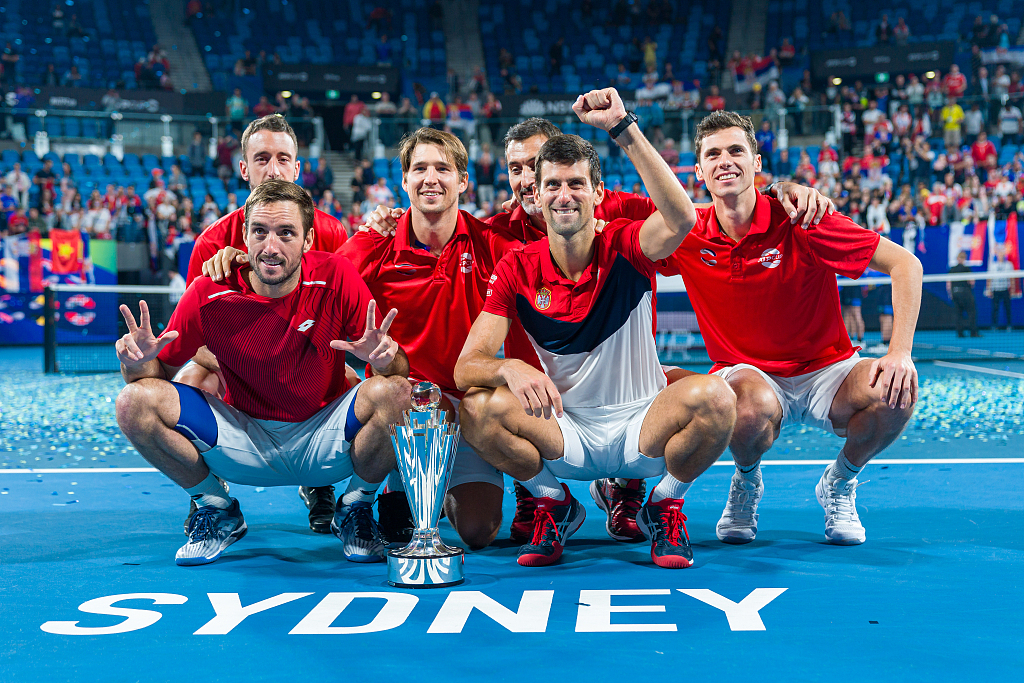 A fresh Djokovic returned to Sydney's Ken Rosewall Arena for the deciding doubles but Nadal opted not to, saying his energy levels were too low, with Feliciano Lopez partnering Pablo Carreno Busta.

But they proved no match for Djokovic and Viktor Troicki, who bounced back from a break down in the first set to romp home 6-3, 6-4 and ensure Serbia win the season-opening 24-nation team event.

Some 15 million U.S. dollars in prize money was at stake along with up to 750 singles and 250 doubles ATP rankings points, with new rules trialed including on-court coaching and team zones in the corners of the court. 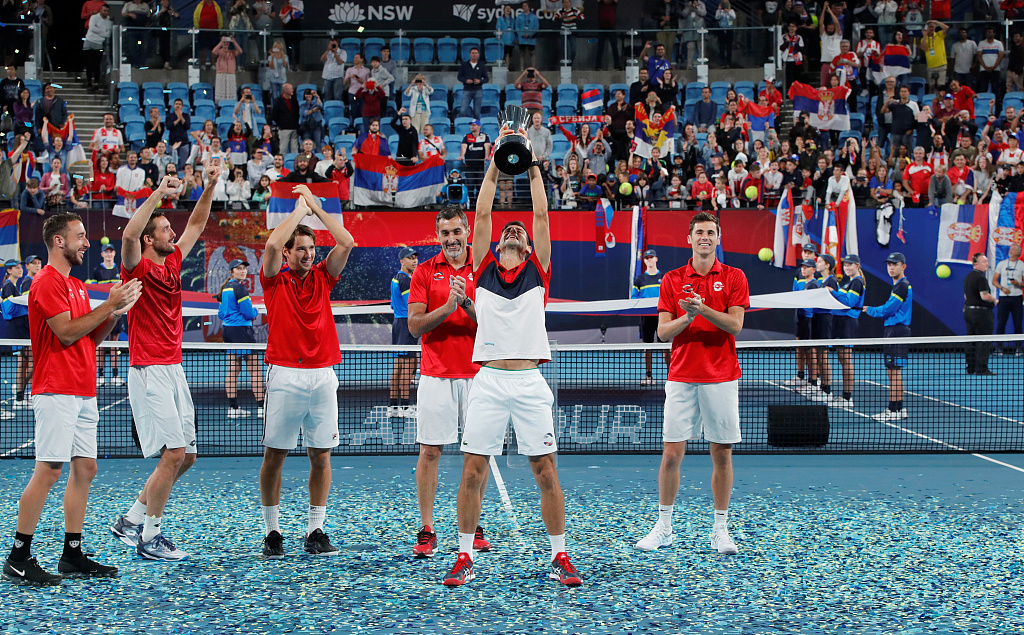 Novak Djokovic (front) lifts the trophy to celebrate with his Serbian teammates after they win the inaugural ATP Cup in Sydney, Australia, January 12, 2020.

Novak Djokovic (front) lifts the trophy to celebrate with his Serbian teammates after they win the inaugural ATP Cup in Sydney, Australia, January 12, 2020.

Djokovic enjoyed the ATP Cup hugely, a different start to how he usually begins his season, reveling in the team spirit and the large Serbian crowd support when he played in Brisbane and Sydney.

"These team competitions are really, truly special, and I'm personally over the cloud with my emotions, and hopefully I can take that positive energy and use it for Australian Open."

"I'll remember this experience for the rest of my life. It's one of the nicest moments in my career," said Djokovic, who close to tears after winning the doubles.

"It was a huge team effort," Djokovic said.

"I've been very fortunate to have an amazing career these last 15 years, but playing for the team, playing for my country with some of my best friends for a long time, you can't match that. It's too special." 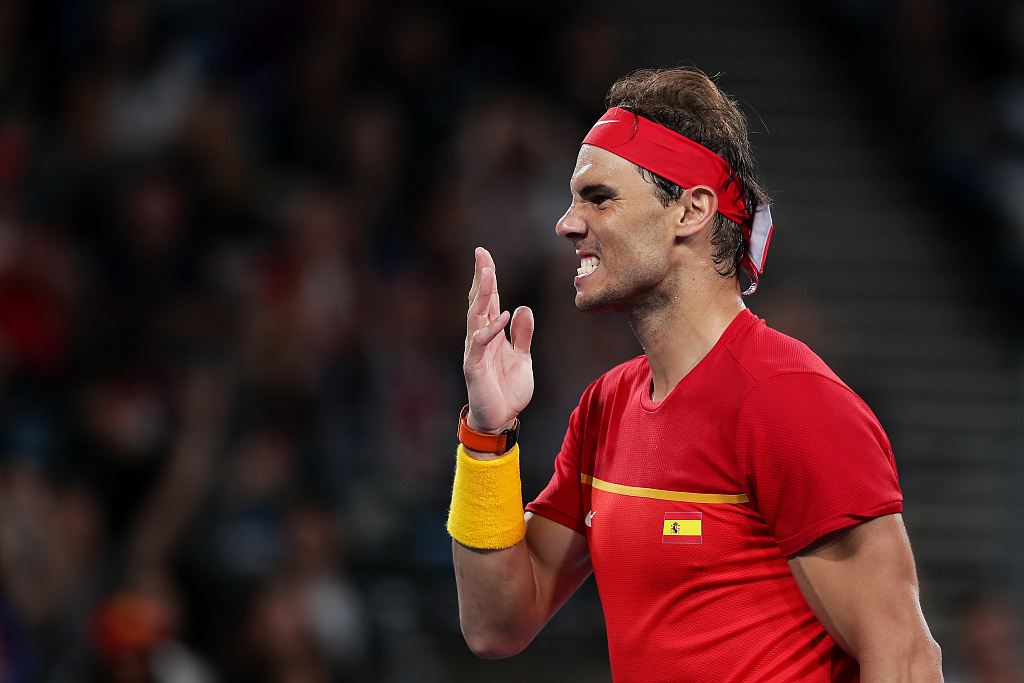 Rafael Nadal of Spain reacts to a loss during his singles match with Novak Djokovic of Serbia (not pictured) at the inaugural ATP Cup in Sydney, Australia, January 12, 2020.

Rafael Nadal of Spain reacts to a loss during his singles match with Novak Djokovic of Serbia (not pictured) at the inaugural ATP Cup in Sydney, Australia, January 12, 2020.

'No clear favorite for Australian Open'

Djokovic insisted there are no clear favorites for the upcoming Australian Open which starts on January 20 at Melbourne Park.

Djokovic called his ATP Cup victory was the "perfect preparation" for a tilt at an eighth title at the Australian Open as he has won the season-opening Grand Slam seven times since 2008.

Also, the Serb said there were plenty of players capable of being crowned champion.

"Look, the last hardcourt Grand Slam was in New York, and Rafa won it," he said of the U.S. Open final where Nadal edged Medvedev in five sets.

"So, you know, I think it's really open, the Australian Open or any other Slam.

"I don't think there are really clear favorites. You have obviously Federer, Nadal, myself because of the experience and everything and the rankings that we get to be probably named the top three favorites.

"But then you have Medvedev, (Stefanos) Tsitsipas, Dominic Thiem that are really showing some amazing tennis."

Djokovic pointed to the season-ending ATP Finals in London where Tsitsipas battled back from a set down to beat Thiem.

"They showed that they matured on the big stage, that they can challenge the best players in the world and win against them," he said.

"So everybody keeps on talking about NextGen player winning a Slam. You know, it seems like it's getting closer. Hopefully not this year. We'll see."