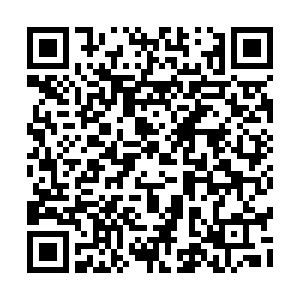 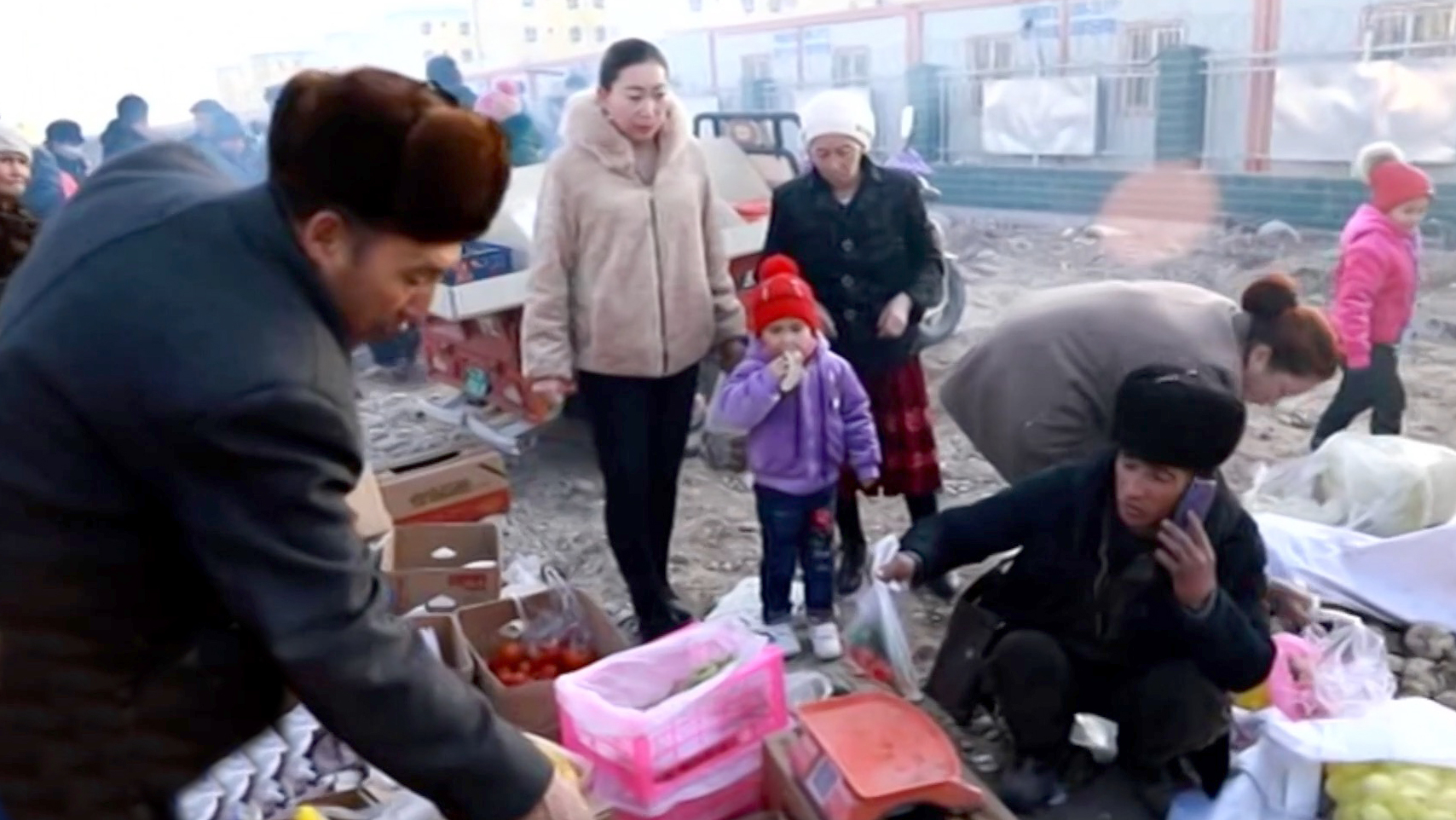 Some five-minute walk from his new home, Abdumamat Ablat begins his working day as a manager in the new factory.

Last year, 23-year-old Kirgiz was an assembly-line worker of a shoe factory in southern Guangzhou, and came back home in September when he learned all of the villagers had resettled on the outskirts of Akto, China's westernmost county in Xinjiang Uygur Autonomous Region.

"Living conditions were poor. We had no stoves or clean water in the cold winter months," Abdumamat recalled. "And job opportunities for the young are scarce, which is why I went to southern China to work."

The new community named "Silk Road," 14 miles from downtown Akto, has become home to thousands of Tajik, Kirgiz and Uygur households since leaving their isolated and impoverished villages.

Abdumamat said many villagers from Akto county looking for opportunities in big cities also came back for jobs in his factory. His girlfriend is among them.

"I hope I can marry my girlfriend this year, and we can work together to make a new home for ourselves." He said. 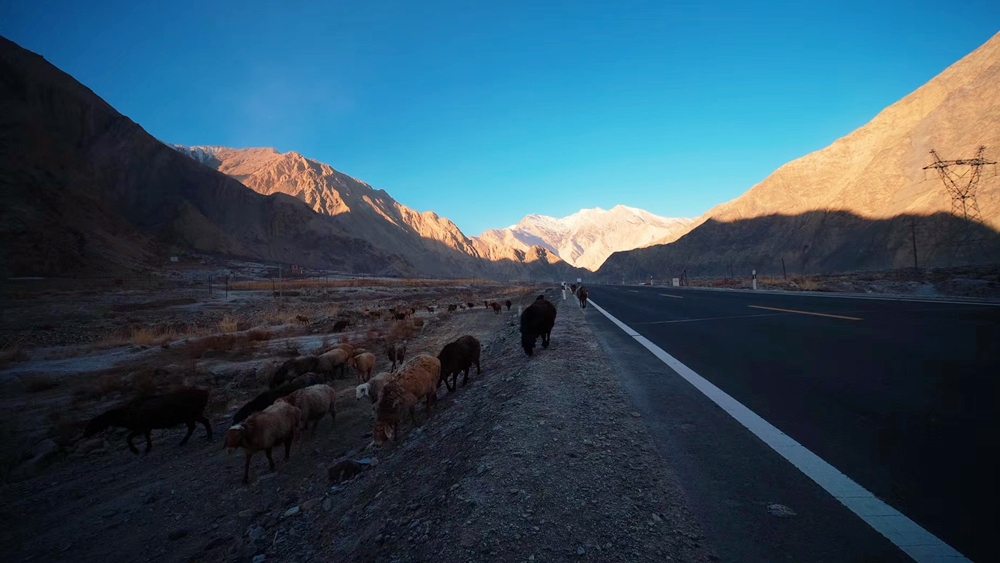 China's relocation of its poor has proven to be one of its most effective ways to fight poverty. China vows to wipe out extreme poverty completely in 2020, and remote Xinjiang is definitely the land local officials have been fighting for relief.

Having their first meal in the new place, some were quite emotional.

"We made them their first meal on the resettlement site, and many older people cried over the hot meal," he said.

Hurazbek also had to visit each family to make sure these herdsmen could adapt to their new lifestyle, including using a flush toilet and natural gas.

He said they can continue to farm with subsidiaries, while the community eyes more industrial opportunities for their earnings, for instance, saving all 98 shops for those poor families.

"Soon, there will be a highway here in the community, which will allow the greenhouse vegetable and fishing industries to grow," Hurazbek said.

The local government's poverty relief initiative has led about 11,000 to Akto's two major communities, Silk Road and Kunlun, with 4,000 new jobs created over the past four years. 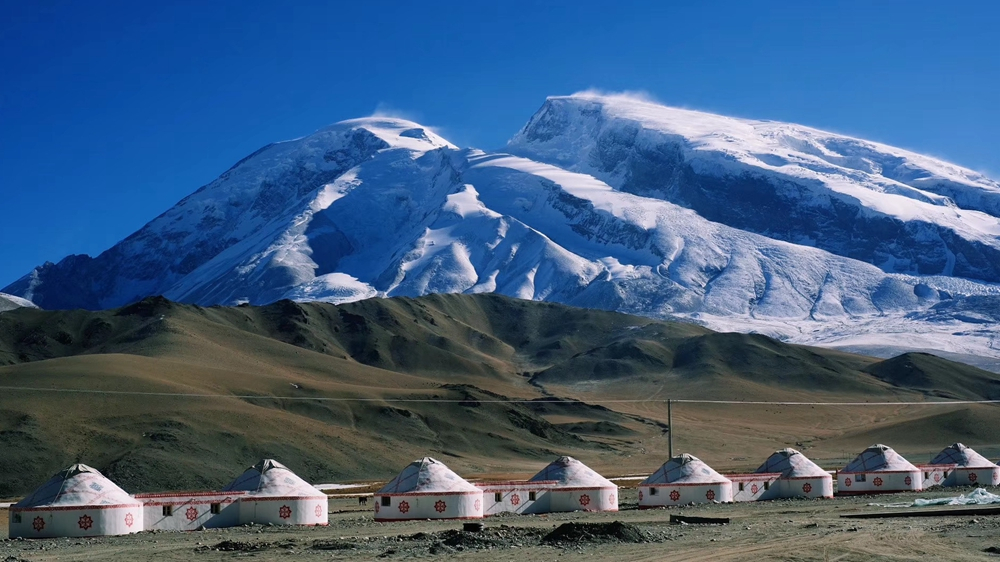 But some 300 miles away from their new home at Silk Road, some choose to stay near their old mountain villages at an altitude over 4,000 meters.

He said the guards and residents, even in their 20s, are vulnerable to arthritis, dental and heart problems due to the weather and lack of oxygen at high altitude.

His family moved to the Kunlun community last year. But Obolesen said the job has brought him satisfaction.

"As a Chinese citizen, I'm pleased and honored to take over this duty-bound job," he said. "If my physical condition permits, I hope to stay here for the rest of my life and contribute to the security and stability of our homeland and people."

Obolesen said he's happy for his family, especially his mother and grandson.

"The elderly can live in and enjoy the clean, warm houses, and our villagers now have much better access to medical care and education," he went on.

Different from other young guards who have two or three days off a week to return home from the post, Obolesen would be on full duty through the year, with just some short stays with his family in Kunlun. There, he likes chatting with his mother over her handmade noodles.