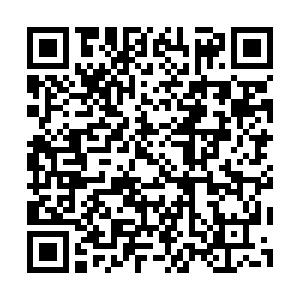 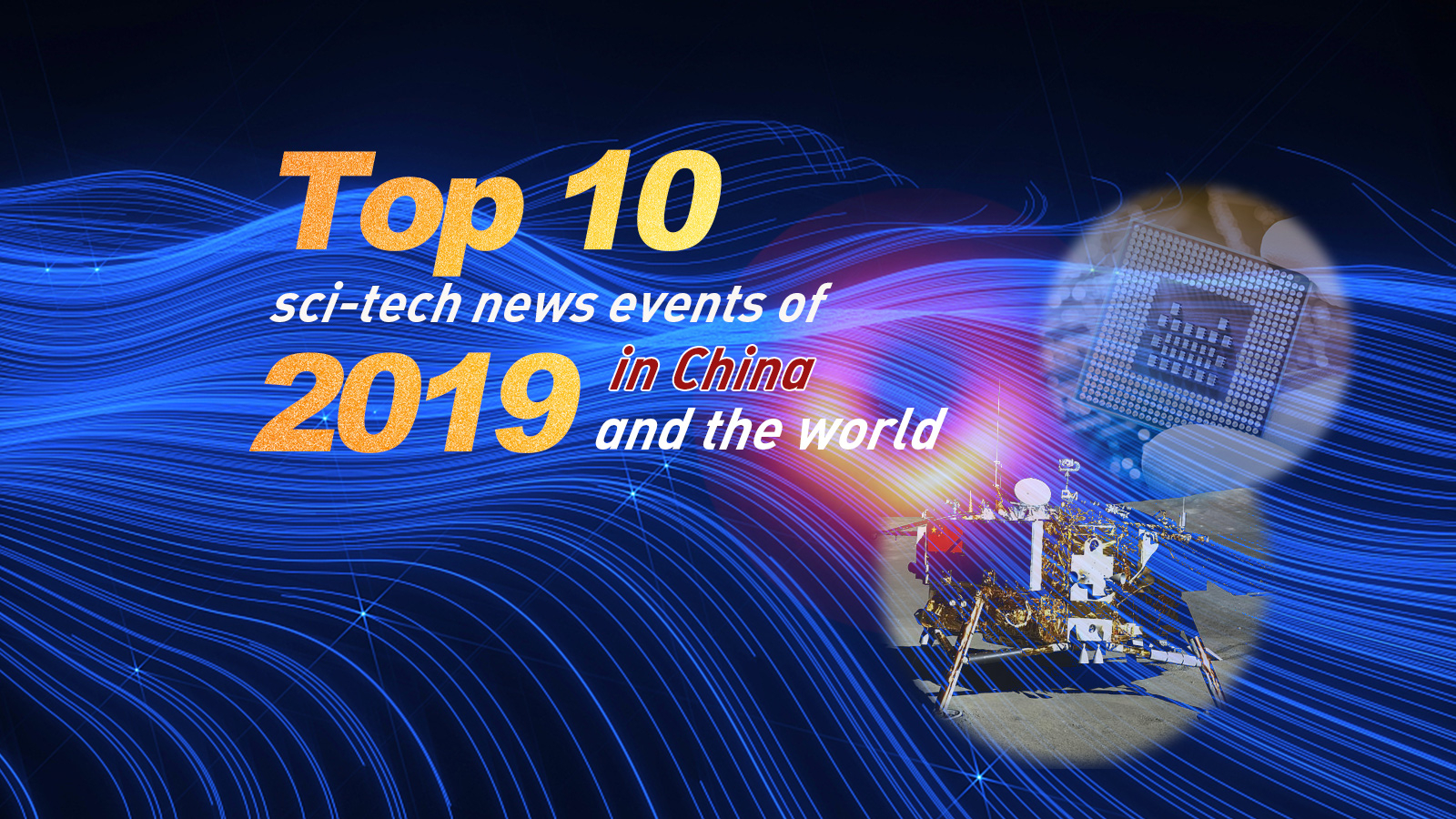 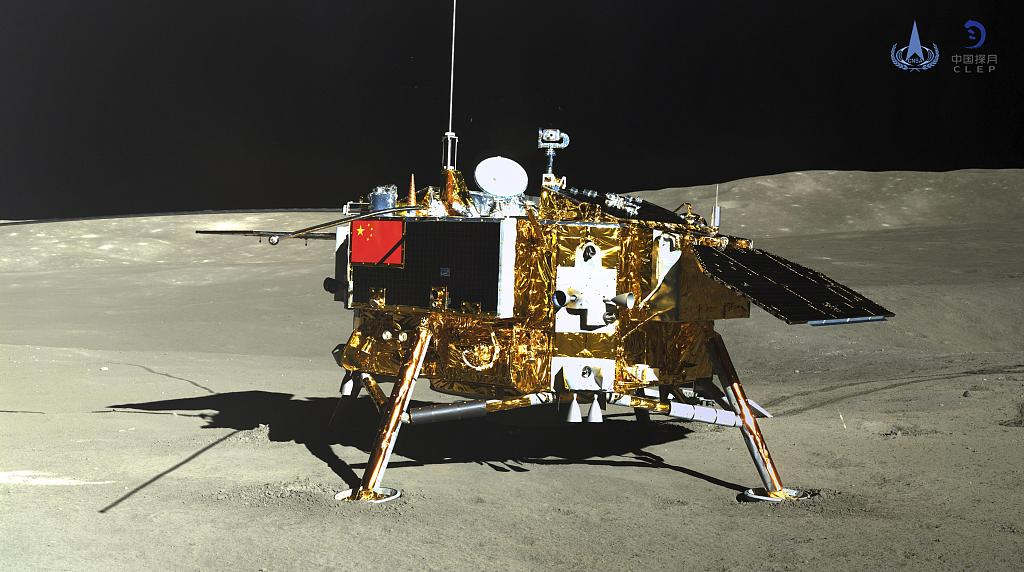 File photo of the Chang'e-4 probe.

File photo of the Chang'e-4 probe.

1. Chang'e-4's historic soft landing on the Moon's far side

In January, China's Chang'e-4 probe successfully landed on the far side of the Moon, making it the first ever soft-landing on this previously uncharted area.

2. The discovery of the biggest stellar black hole till now

Chinese scientists have helped to detect a black hole with a mass 70 times larger than the Sun, which is believed to be the biggest individual stellar black hole that has been discovered in our galaxy till now. The finding was published in Nature in November.

Chinese researchers report the experimental realization of the 3D QHE in bulk zirconium pentatelluride (ZrTe5) crystals for the first time.

The findings, published in Nature in May, provide experimental evidence of the 3D QHE and a promising platform for further exploration of exotic quantum phases and transitions in 3D systems.

The Tianjic chip, developed by a group of researchers from China's Tsinghua University, is the first-ever chip that integrates computer science-oriented and neuroscience-oriented approaches, two general ways to develop artificial general intelligence (AGI).

In January, the "heart" of the worlds' first million-kilowatt hydropower generator set – its runner – was completed and delivered for Baihetan Dam on the Jinsha River in southwest China.

The Baihetan Dam will become the second largest hydropower plant in the world only after the Three Gorges Dam when it's completed in 2021.

Thousands of known materials probably have topological properties – and perhaps up to 24 percent of materials in all, according to the findings of research teams from the CAS, Nanjing University and Princeton, which have been published in Nature in February.

Topological nature means the electrons' quantum states of a material is resistant to change, and so stable to temperature fluctuations and physical distortion. Therefore, topological structures have considerable potential in nanoelectronics and new device concepts.

8. How diatoms use their unique structure to efficiently capture and use light energy

Researchers from the Institute of Botany of the CAS discovered how diatoms use their unique structure to efficiently capture and use light energy, which was published in Science in February.

Based on the study, scientists expect to develop new crops that can capture and use light energy efficiently in the future.

In May, China's first self-developed fully-digital PET (positron emission tomography), a cutting-edge medical device that is able to spot cancer, dementia, Parkinson disease at a very early stage, was approved to access the market.

It marked a major breakthrough that broke up the foreign market monopoly in this field.

Chinese researchers found a 160,000-year-old mandible fossil in northwest China's Gansu Province, which may indicate that Denisovans, an ancient hominin group, adapted to living on the Qinghai-Tibet Plateau long before modern humans even arrived in the region.

The study was published in Nature in May. 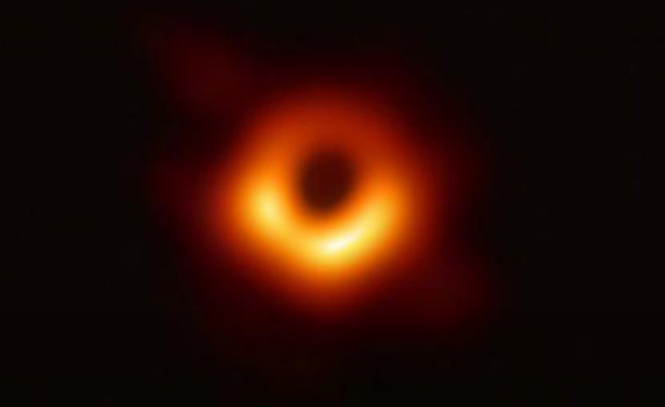 The first ever image of a black hole was unveiled in April 2019, marking a historic breakthrough in astrophysics research.

According to a study published in the journal Cell in June, a team of researchers at the Broad Institute of MIT and Harvard developed a new technique called DNA microscopy for mapping cells.

It reveals spatial and molecular information that is not easily accessible through other microscopy methods. DNA microscopy also does not require specialized equipment, enabling large numbers of samples to be processed simultaneously.

In January, Japan's space probe Hayabusa2 touched down on the asteroid Ryugu more than 300 million kilometers from the Earth on a mission to seek clues about the origins of life.

Google said in October it had achieved a breakthrough in computing research by using a quantum computer to solve in minutes a complex problem that would take today's most powerful supercomputer thousands of years to crack.

According to a paper in Science in August, a collaboration between IBM Research in Zurich, Switzerland and Department of Chemistry of Oxford University synthesized the first ring-shaped molecule of pure carbon – a circle of 18 atoms.

The 18-carbon ring has alternating triple and single bonds. It acts as a semiconductor, which could make similar straight carbon chains useful as molecular-scale electronic components.

By combining four synthetic nucleotides with the four found naturally in nucleic acids, researchers created the eight-letter DNA molecules that look and behave like the real thing, and are even able to be transcribed into RNAs.

With twice the information storage capacity of natural nucleic acids, these eight-letter molecules could have countless biotechnological applications. The study was published in Science in February.

7. First hint that body's 'biological age' can be reversed

A clinical study in California suggested for the first time that it might be possible to reverse the body's epigenetic clock, which measures a person's biological age.

For one year, nine healthy volunteers took three common drugs – growth hormone and two diabetes medications – and on average shed 2.5 years of their biological ages, measured by the analyzing marks put on their genomes. The participants' immune systems also showed signs of rejuvenation.

The results were published in the journal Aging Cell in September.

8. London man believed to be second patient to be cured of AIDS

According to a paper published in journal Nature in March, a London man believed to be free of the virus that causes AIDS after a stem cell transplant, the second success including the "Berlin patient."

Researchers created a strain of the lab workhorse bacterium – full name Escherichia coli – that grows by consuming carbon dioxide instead of sugars or other organic molecules.

It drastically alters the inner workings of one of biology's most popular model organisms. In the future, CO2-eating E. coli could be used to make organic carbon molecules that could be used as biofuels or to produce food.

Products made in this way would have lower emissions compared with conventional production methods, and could potentially remove the gas from the air.

The work was published in Cell in November.

In November, world's first ever Ebola vaccine won approval from the European Commission (EC) to be marketed in the bloc after more than two decades of research.

(Ma Yimin contributed to the story.)