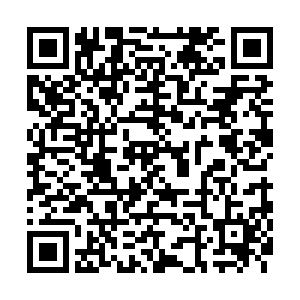 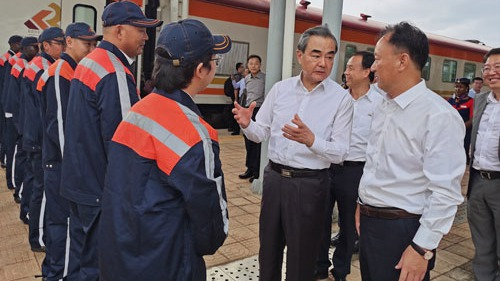 Editor's note: Dr. Efem N. Ubi is a senior research fellow and head of the division of International Economic Relations at the Nigerian Institute of International Affairs in Nigeria. The article reflects the author's opinions, and not necessarily the views of CGTN.

The China-Africa relationship is an attestation of the Chinese proverb that says "All good relationships are rooted in trust," which has seen the China-Africa relationship soar high year on year. China and Africa have over the years cemented their cooperation in many ways. One of those ways is the annual New Year trip of Chinese foreign ministers to Africa – a tradition that began in 1991. On January 7, 2020, Chinese State Councilor and Foreign Minister Wang Yi started a six-day official visit to Africa. In agreeing to continue with this tradition, it signifies the trust and friendship between Chinese and African people.

It should be pointed out that these visits are not mere formality, but more importantly reflect the significance of China-Africa cooperation.

First, the visits indicate that Africa occupies an utmost important position in China's foreign policy and to a considerable extent further proves that the African continent in China's view is of primus inter pares in comparative terms to other continents.

Secondly, the visits often create an opportunity bilaterally for one-on-one communication in various areas between China and the host countries, a shift from the multilateral platform of the Forum on China-Africa Cooperation (FOCAC). More so, this recent visit will give impetus to discourses on cooperation under the Belt and Road Initiative (BRI).

Thirdly, this year's visit culminates in the 20th anniversary of the FOCAC, whose foundation was laid in 2000 and which over two decades has given teeth and remains the hallmark that has cemented China-Africa cooperation in so many ways.

In that vein, the visit will take stock of the declaration of the FOCAC Beijing Action Plan (2019-2021) and its implementation progress. As we have seen from the first to the seventh FOCAC, China has consistently pledged huge support for Africa with regards to aid. Over the past few years, China has shown that it remains a country willing to invest in Africa where Western countries have refused to; this can be seen from China's huge infrastructural investments in many countries in Africa.

Take for instance, Chinese infrastructural footprints, like the East African connectivity network with regard to the first electric railway that began from Mombasa to Nairobi, which will link the whole of East Africa of which Burundi, a country visited by Mr. Wang Yi, is also part of. According to CNBC, Chinese investment and construction in Africa since 2005 is closing in on 2 trillion U.S. dollars.

Recently, China launched a 1-billion-U.S.-dollar BRI infrastructure fund for Africa. Hence, cooperation between Africa and China will generate more resources for economic growth and development in the continent.

While this visit has become a tradition, it behooves China and Africa to maximize this visit for mutual benefit and win-win development taking into consideration a shared destiny. To achieve that goal, the following prognosis for action should be considered.

First, it is important and appropriate for China and Africa to continue with the development effectiveness approach rather than aid effectiveness.

In other words, China's loan should be based on development cooperation architecture that is inclusive, right-based and people-centered. A new approach and good policies for better management of resources and development need to be created by both China and African countries.

Second, it is necessary that agreements and obligations on both sides should be based on political will and commitments of the two countries.