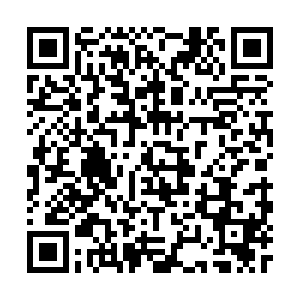 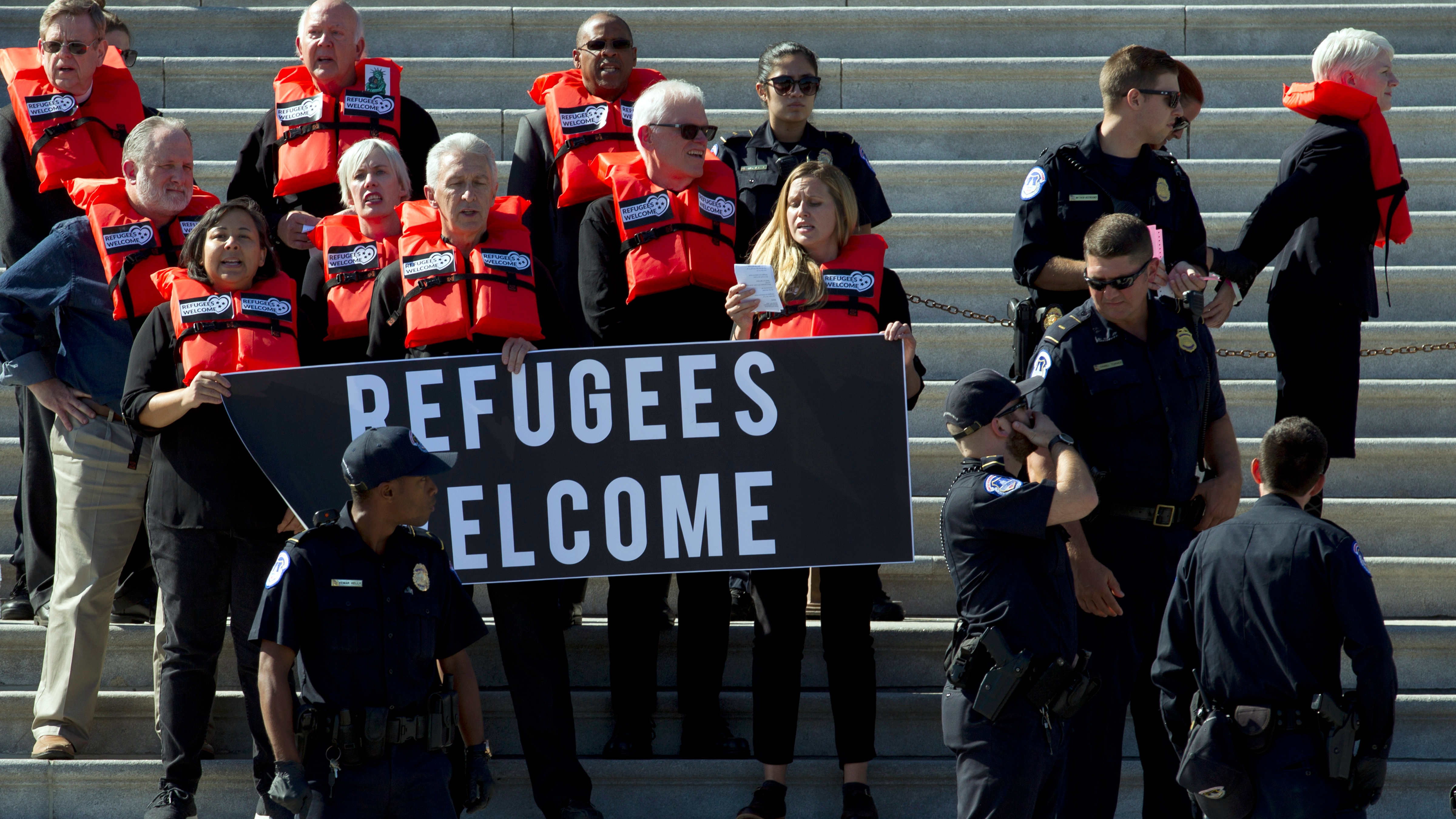 Texas has been regarded for some time as a leader in resettling refugees in the United States. No longer.

The governor of the state, Greg Abbott, has become the first to announce he is opting out of the American refugee resettlement program following President Donald Trump's decision to give state and local authorities the power to reject refugees from being resettled in their communities.

The governor's move has drawn strong criticism from immigration and refugee advocates and religious groups and could be followed by several states that have so far been non-committal.

On the other hand, another Republican governor, Asa Hutchinson of Arkansas, has defended his decision to continue accepting new refugees, saying on Monday that he views them as an economic benefit to the state.

In his first term, Trump has worked to limit immigration to the U.S., whether legal or illegal.

He has already slashed the number of refugees allowed into the country for the 2020 fiscal year to 18,000, which would be the lowest number in a single year since 1980, when the resettlement program was established by Congress. About 30,000 refugees were resettled during the previous fiscal year. Compare this to Barack Obama, Trump's predecessor, who set a cap at 110,000 in his final year in office. That year, the number reached a high of 97,000.

The U.S. has also lost its position as a world leader in formally resettling refugees, having been overtaken by Canada in 2018, even though, according to the United Nations, the number of people fleeing conflict is at its highest since World War Two. 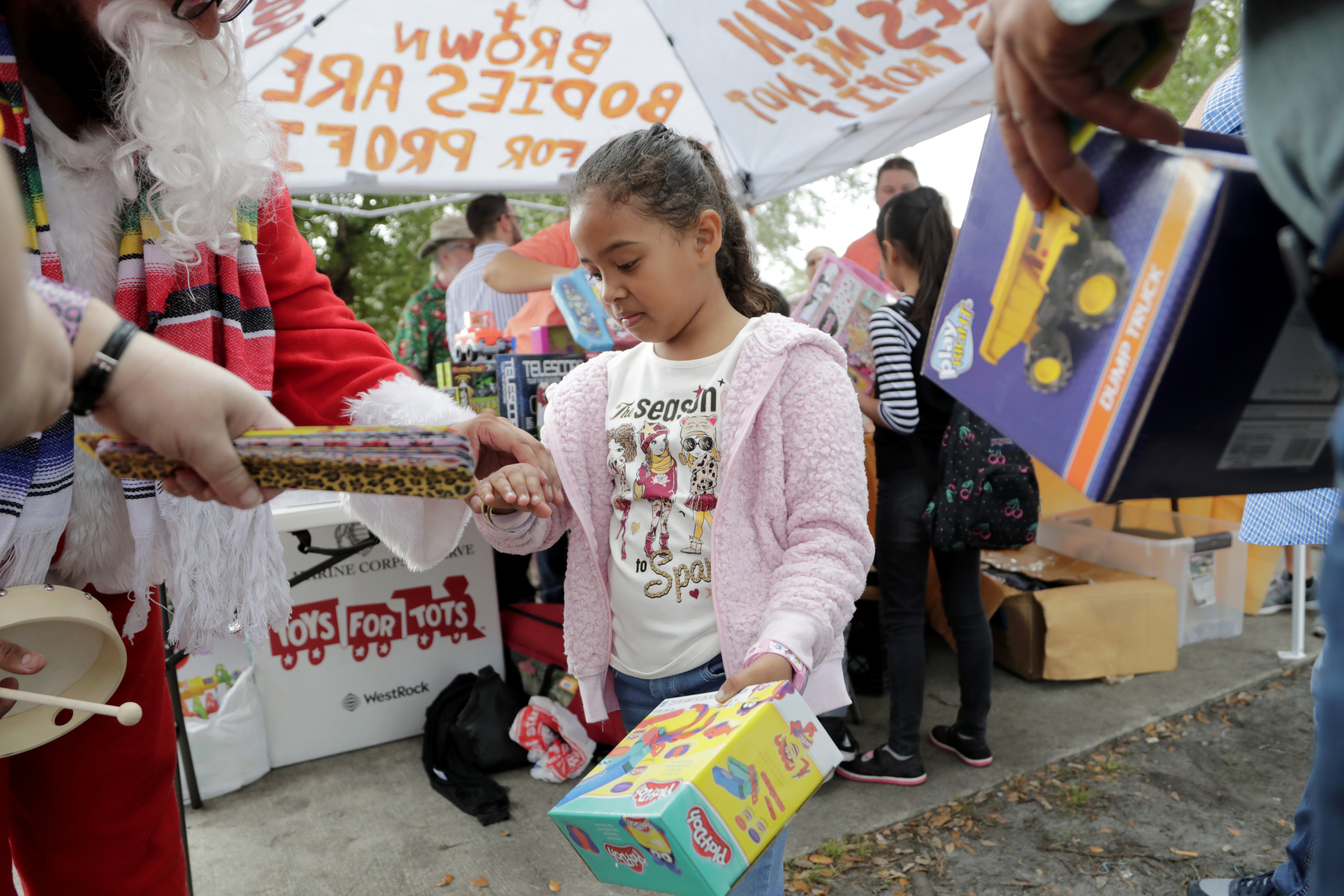 Elin Romero, 6, receives holiday toys outside of the Miramar Immigration and Customs facility in Florida, December 18, 2019. Activists and volunteers held a holiday toy giveaway for asylum seekers, refugees and immigrants checking in at the ICE facility. (AP Photo)

Elin Romero, 6, receives holiday toys outside of the Miramar Immigration and Customs facility in Florida, December 18, 2019. Activists and volunteers held a holiday toy giveaway for asylum seekers, refugees and immigrants checking in at the ICE facility. (AP Photo)

Yet, despite Trump's stance, the Pew Research Center has reported a "most notable change" in American attitudes toward taking in refugees over the past three years or so. In a 2016 survey, 61 percent said that admitting refugees escaping war and violence was a "very or somewhat important goal." In a survey report published on Pew's website last November, that share had risen to 73 percent.

Perhaps surprisingly, shifting views among Republicans accounted for most of the increase, the report said. A majority of Republicans (58 percent) admitted refugees was an important goal compared with 40 percent three years earlier.

While the vast majority of governors have indicated they will continue to accept refugees, the decision of Texas is hugely symbolic, given that it already has large refugee populations in several of its big cities. It accepted 1,697 refugees in fiscal 2018, more than any other state and was the biggest contributor along with California in the previous decade.

Those who have yet to announce a decision are Republican governors, some of whom are immigration hardliners or answer to constituents who are.

Abbott said that Texas had done "more than its share" for refugees already and the state should focus instead on "those who are already here, including refugees, migrants, and the homeless – indeed, all Texans.”

Krish O'Mara Vignarajah, CEO of the Lutheran Immigration and Refugee Service (LIRS), called the governor's decision "a devastating blow to a longstanding legacy of refugee resettlement in the state." 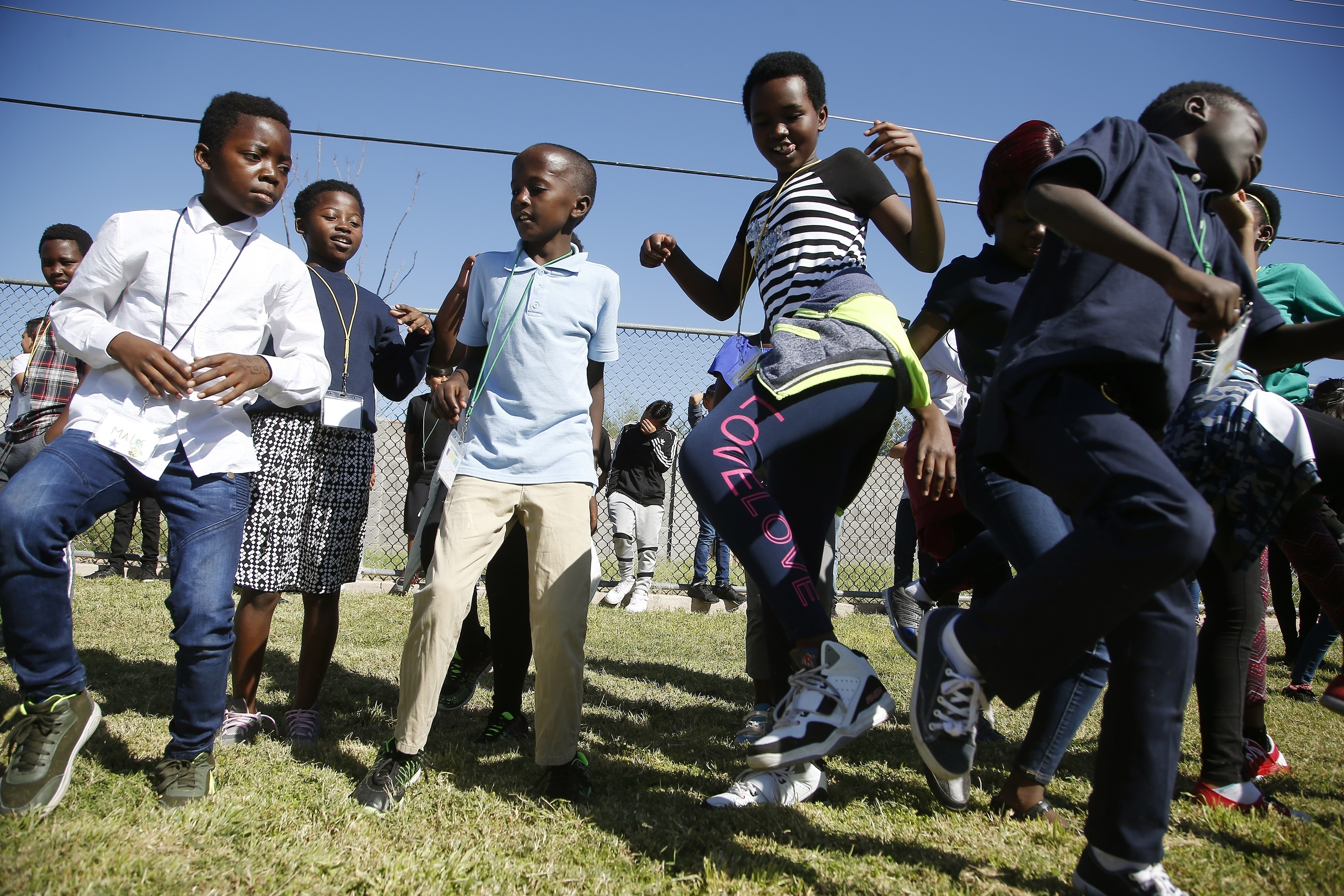 Students dance to music on October 17, 2019, at Valencia Newcomer School in the U.S. city of Phoenix where they are learning the English skills and American classroom customs they need to succeed at so-called newcomer schools which are dedicated exclusively to helping some of the thousands of children who arrive in the country annually. (AP Photo)

Students dance to music on October 17, 2019, at Valencia Newcomer School in the U.S. city of Phoenix where they are learning the English skills and American classroom customs they need to succeed at so-called newcomer schools which are dedicated exclusively to helping some of the thousands of children who arrive in the country annually. (AP Photo)

"His decision has the potential to throw the American refugee resettlement program into chaos ...," warned the Dallas Morning News, a widely circulated newspaper in an editorial. "We can't agree with the governor that a state as prosperous as ours cannot accommodate additional people in need of help."

Catholic bishops in Texas Catholic said the governor was "simply misguided," the bishops said in a statement. "It denies people who are fleeing persecution, including religious persecution, from being able to bring their gifts and talents to our state and contribute to the general common good of all Texans. The refugees who have already resettled in Texas have made our communities even more vibrant.”

Hutchinson has met resistance from Republican colleagues in Arkansas but he has cautioned them to avoid creating "fear" about welcoming people from other countries.

Republican state Senator Trent Garner, however, said the issue was "about legitimate security concerns," not fear.

It is known that refugees go through an exhaustive vetting process but those "concerns" are likely to surface again and again in a presidential election campaign during which Trump has already indicated that he will target refugees.

Top Photo: Faith leaders and members of human rights groups wearing life vests symbolizing a life-saving program are arrested during a protest calling congress not to end refugee resettlement program, at the steps of the U.S. Capitol in Washington, October 15, 2019. (AP Photo)