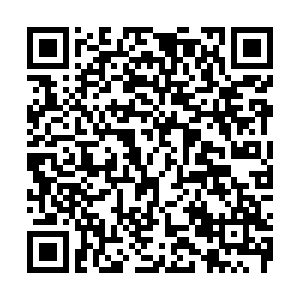 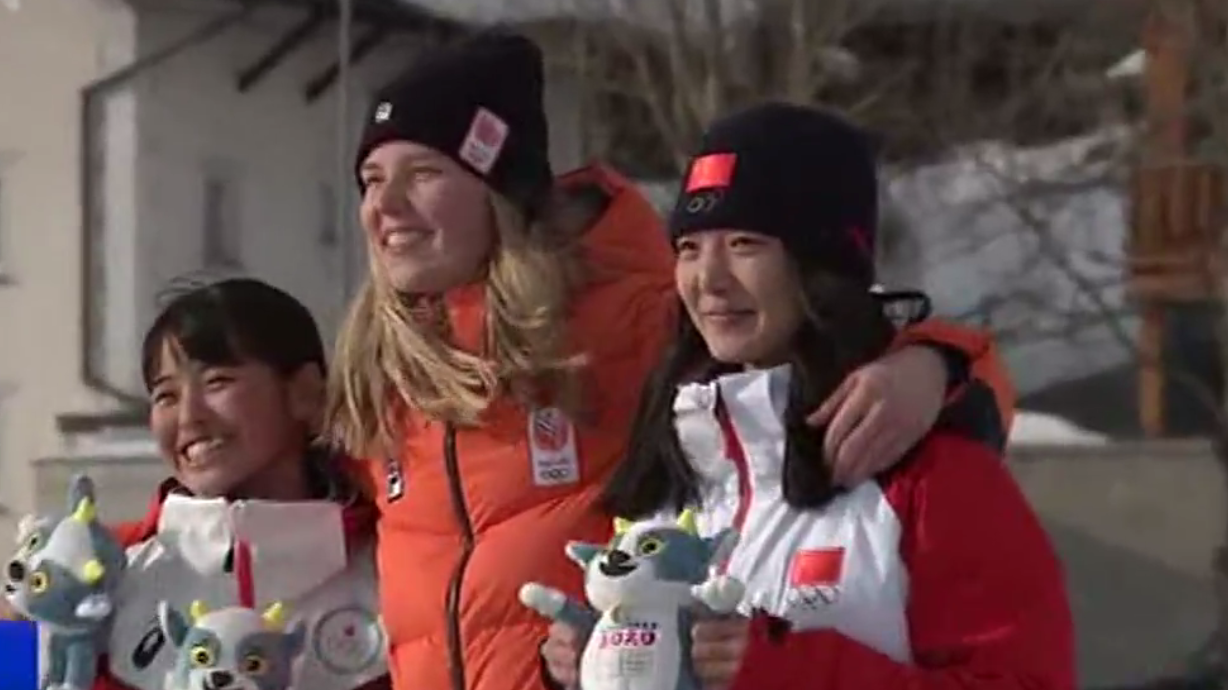 (L-R) Takahashi Yuka of Japan, Myrthe De Boer of the Netherlands, and Yang Binyu of China pose after the women's 1,500 meters speed skating at the 2020 Winter Youth Olympics in Lausanne, Switzerland, January 13, 2020.

(L-R) Takahashi Yuka of Japan, Myrthe De Boer of the Netherlands, and Yang Binyu of China pose after the women's 1,500 meters speed skating at the 2020 Winter Youth Olympics in Lausanne, Switzerland, January 13, 2020.

China's Yang Binyu grabbed a bronze medal in the women's 1,500 meters speed skating at the ongoing 2020 Winter Youth Olympics in Lausanne on Monday.

Earlier, Yang took fourth place in the women's 500 meters competition. However, the 17-year-old skater went onto the rink in the outside lane on Monday and sprinted to the finish line to cross third with 2:10.93. Myrthe De Boer of the Netherlands bagged the gold medal with 2:10.58, while Takahashi Yuka of Japan took home the silver.

Starting on the inner track with the gold winner Myrthe de Boer from the Netherlands in the last pair, Yang was regarded as one of the strongest competitors for the title.

However, it was very windy on the ice lake on Monday, and the athletes have to face the outdoor challenge. The 17-year-old Yang was one of them who found it difficult to race with the wind. She finished the race with some 5 seconds slower than her indoor result, falling short to the gold medalist by 0.49 seconds.

In post-game interviews, Yang said, "I was good today, but I have some regrets because I was just behind first place in a narrow gap. The wind also affected me."

The coach of Chinese speed skating Liu Kai believed Yang had raced her best and had a chance to win.

"0.49 seconds is not the huge gap in 1500-meter race," said Liu, "her skating pose did not help her in the wind, and she had to become stronger to overwhelm the difficulties to approaching the top podium."

Meanwhile, in the ski mountaineering women's sprint, China's Suolangquzhen finished in first place after the quarter-final. But in the final, she took the lead at halfway but fell behind. The girl from Tibet managed to claim the fourth place while her compatriot Yu Jingxuan finished eleventh.

In another event of the day, Yi Xiaoyang was the only Chinese athlete to participate in the men's giant slalom. He finished in 1 minute 13.80 seconds in the first round but ended up coming all the way down in 43rd place with 2:27.44. Austria's Phillip Hoffman sealed an impressive gold medal after he posted a finishing time of 2:6.31.