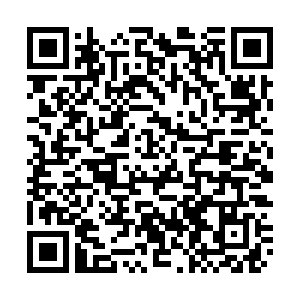 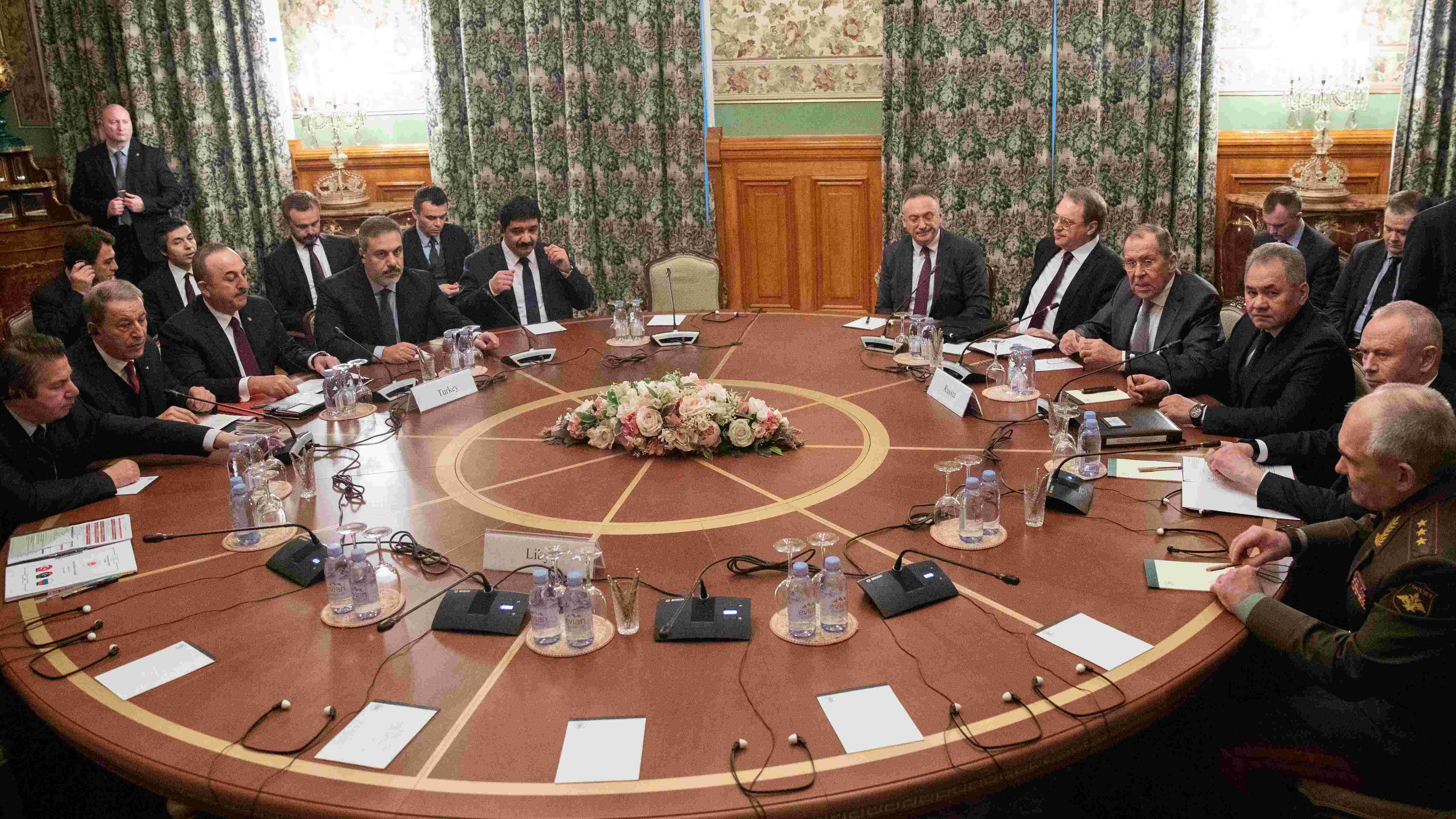 Libya's warring leaders failed to agree on an open-ended ceasefire to end a nine-month-long war over the capital Tripoli at indirect peace talks in Moscow on Monday.

In talks that lasted about eight hours, mediators Russia and Turkey urged the rivals to sign a binding truce and pave the way for a settlement that would stabilize the chaos in the North African country since the toppling of Muammar Gaddafi in 2011.

"Today we can report that some progress was made," Lavrov told reporters.

But Turkish Foreign Minister Mevlut Cavusoglu said LNA commander Khalifa Haftar had been asked until Tuesday morning to make up his mind on the ceasefire.

Russia will continue pushing for a ceasefire agreement in Libya, Lavrov said at a press conference in Colombo. "We will pursue our efforts in this direction. For now a definitive result has not been achieved."

Russia's TASS news agency reported that Serraj had refused to engage in direct talks with Haftar, forcing Russian and Turkish diplomats to act as go-between.

The two men last met in Abu Dhabi in February 2019 before talks broke down over a power-sharing deal and Haftar moved his troops on Tripoli in April, expanding his control beyond the east and south. 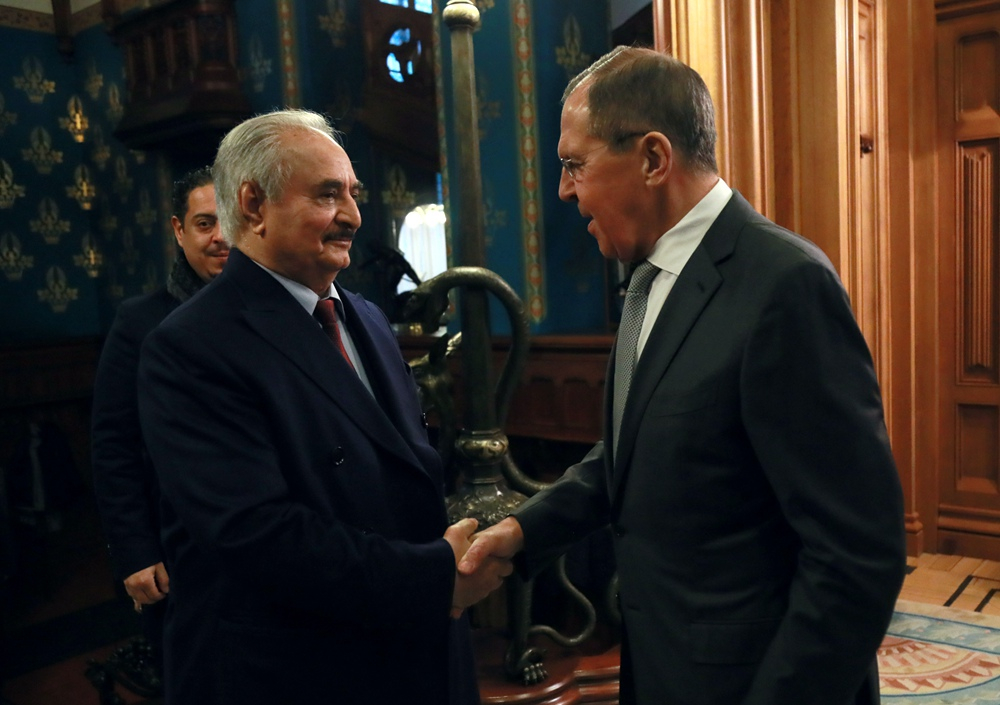 Turkey warns of 'teaching a lesson' to Haftar

Turkish President Recep Tayyip Erdogan warned on Tuesday that the country will not refrain from "teaching a lesson" to Haftar if his eastern Libyan forces continue attacks against the Tripoli-based government.

"If the putschist Haftar's attacks against the people and legitimate government of Libya continue, we will never refrain from teaching him the lesson he deserves," Erdogan said in a speech to his AK Party lawmakers in parliament.

"It is our duty to protect our kin in Libya," Erdogan added, saying that Turkey had deep historical and social ties with the North African country and that Haftar would have taken over the entire nation if Ankara had not intervened.

Haftar's decision to not sign the ceasefire agreement shows who wants war and who wants peace in the country, Cavusoglu said earlier.

Erdogan said Turkey will join Germany, Britain and Russia at a summit which Chancellor Angela Merkel is to host in Berlin on Sunday to discuss Libya.

The Moscow meeting pushed by Russia and Turkey is the latest attempt to end chaos in the oil-producing country.

On Monday, Erdogan said Turkey was working to ensure a ceasefire in Libya becomes permanent, and he hoped the Moscow talks would form the basis of discussions at a summit in Berlin on January 19 with Italian Prime Minister Giuseppe Conte and Russian President Vladimir Putin.

German Chancellor Angela Merkel said she planned to host such a summit after holding talks with Putin.

The EU has appealed to a ceasefire between the GNA and LNA but sought to avoid being sidelined. 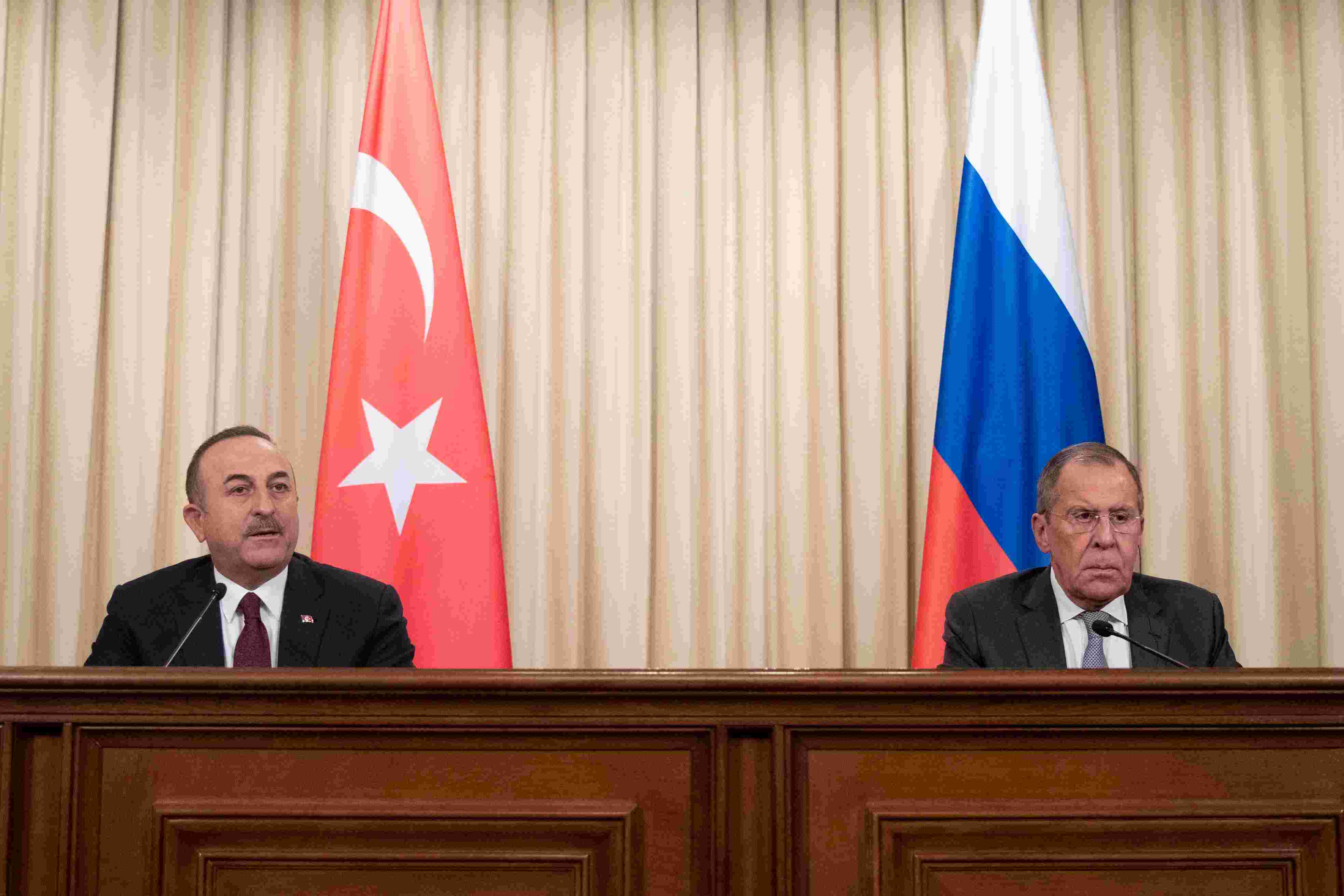 The oil-rich country has been divided since 2014 into rival camps based in Tripoli and the east, each with its own set of institutions. Haftar's offensive against Tripoli upended UN efforts to broker a political settlement.

The upheaval in Libya, since the end of Gaddafi's rule in 2011, has in recent years disrupted OPEC member state's oil production, fueled migrant smuggling to Europe and given space to Islamist extremists.

Turkey backs Serraj-led Government of National Accord (GNA), while Russian military contractors have been deployed alongside Haftar's LNA forces, which are also backed by the United Arab Emirates, Egypt and Jordan.

Turkey has said it will send military advisers and possibly troops to reinforce its support to the GNA, while Russian military contractors have been deployed alongside LNA.

Haftar's LNA took control of Sirte, a strategically important city in the center of Libya's Mediterranean coastline, in a rapid advance on Monday and is seeking to consolidate gains.

Since April, the LNA has also been waging a campaign to take the capital, Tripoli, about 370 km (230 miles) northwest of Sirte, where it is battling forces aligned with the GNA.

Last week, clashes broke out between the GNA and LNA around al-Washka on the road between Sirte and Misrata.