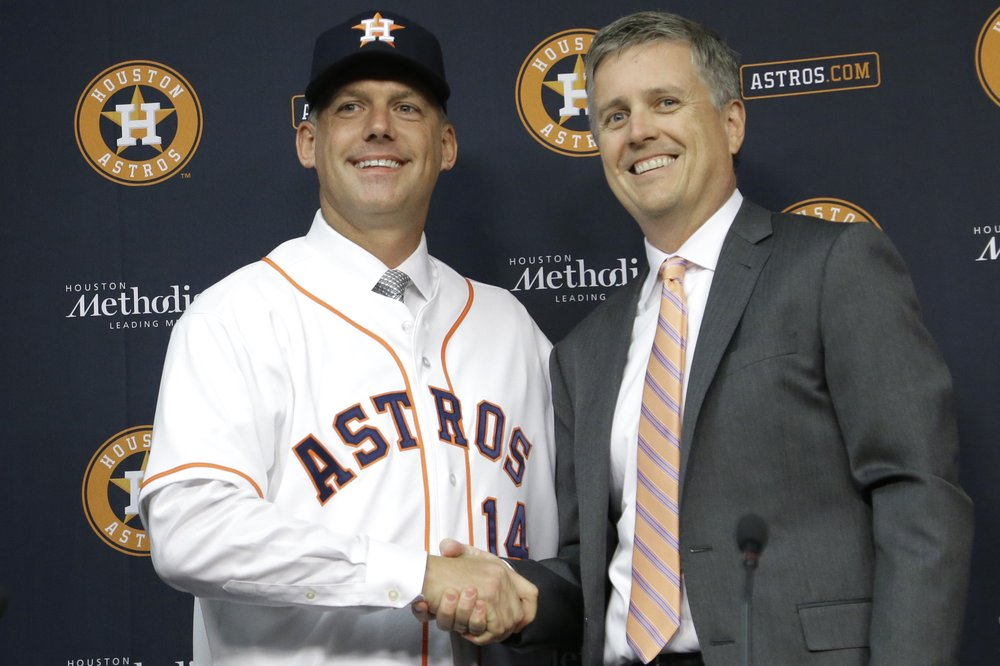 Houston Astros' then general manager Jeff Luhnow (R) shakes hands with A.J. Hinch during a conference as Hinch is introduced as the manager of the baseball club in Houston, U.S., September 29, 2014. /AP Photo

Houston Astros' then general manager Jeff Luhnow (R) shakes hands with A.J. Hinch during a conference as Hinch is introduced as the manager of the baseball club in Houston, U.S., September 29, 2014. /AP Photo

Hinch and Luhnow were fired Monday after being suspended by Major League Baseball (MLB) for the team's illicit use of electronics to steal signs during Houston's run to the 2017 World Series title and again in the 2018 season.

Manfred said Cora developed the sign-stealing system used by the Astros. The Red Sox are under investigation for stealing signs in Cora's first season as manager in 2018, when Boston won the World Series.

Houston was fined five million U.S. dollars, the maximum allowed under the Major League Constitution, as punishment. The Astros will also forfeit their next two first- and second-round amateur draft picks. 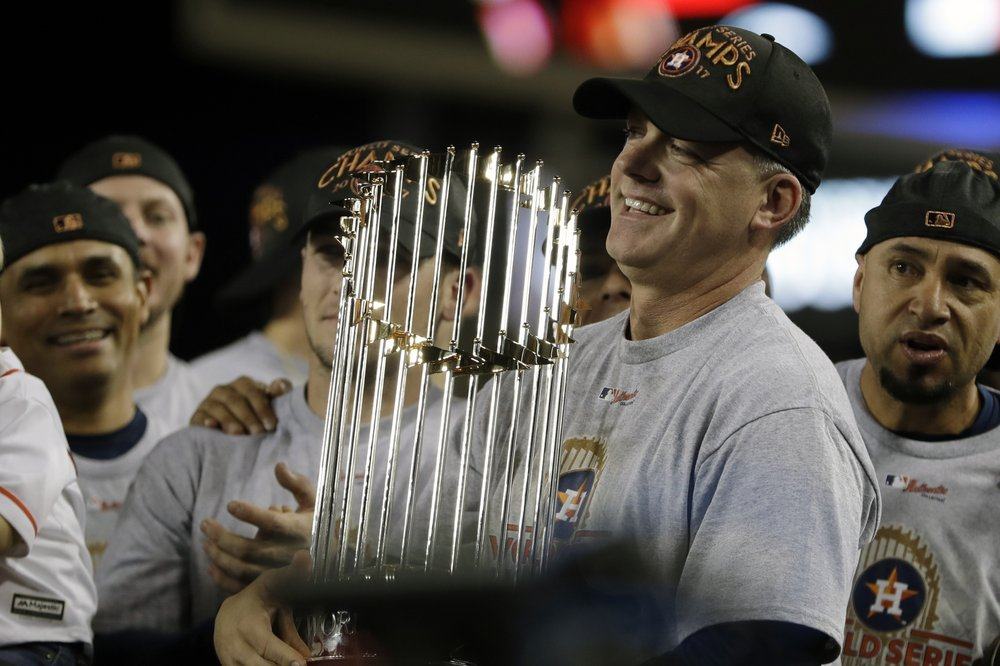 A.J. Hinch (C), then manager of the Houston Astros, holds the championship trophy after his team's victory at the baseball's World Series in Los Angeles, U.S., November 1, 2017. /AP Photo

A.J. Hinch (C), then manager of the Houston Astros, holds the championship trophy after his team's victory at the baseball's World Series in Los Angeles, U.S., November 1, 2017. /AP Photo

Baseball's investigation began when former Astros pitcher Mike Fiers, now with Oakland, made the allegations in a report by The Athletic on November 12.

Astros employees in the team's video replay room started to decode signs using a center field camera at the start of the 2017 season. A player would act as a runner to bring the information to the dugout, where a runner on second would be signaled. The runner would decode the catcher's sign and signal the batter. At times, an employee in the replay room would convey the information by text message to the watch or phone of a staff member in the dugout.

In other words, the investigation found that the Astros used the video feed from a center field camera to see and decode the opposing catcher's signs. Players banged on a trash can to signal to batters what was coming, believing it would improve the batter's odds of getting a hit.

Sign stealing is a legal and time-honored part of baseball as long as it is done with the naked eye by a base-runner standing on second. Using technology is prohibited.

Astros players disputed whether knowing the pitches seconds in advance helped batters. Houston had fewer wins at home than on the road, winning 94 home games and 110 on the road during the two seasons. There was no sign-stealing system on the road.

"While it is impossible to determine whether the conduct actually impacted the results on the field, the perception of some that it did cause significant harm to the game," Manfred said.

Manfred said the banging system was not used in 2018 but that signs were stolen by the replay room and communicated to the dugout in person during at least part of that season. There was no evidence signs were stolen during the 2018 playoffs. 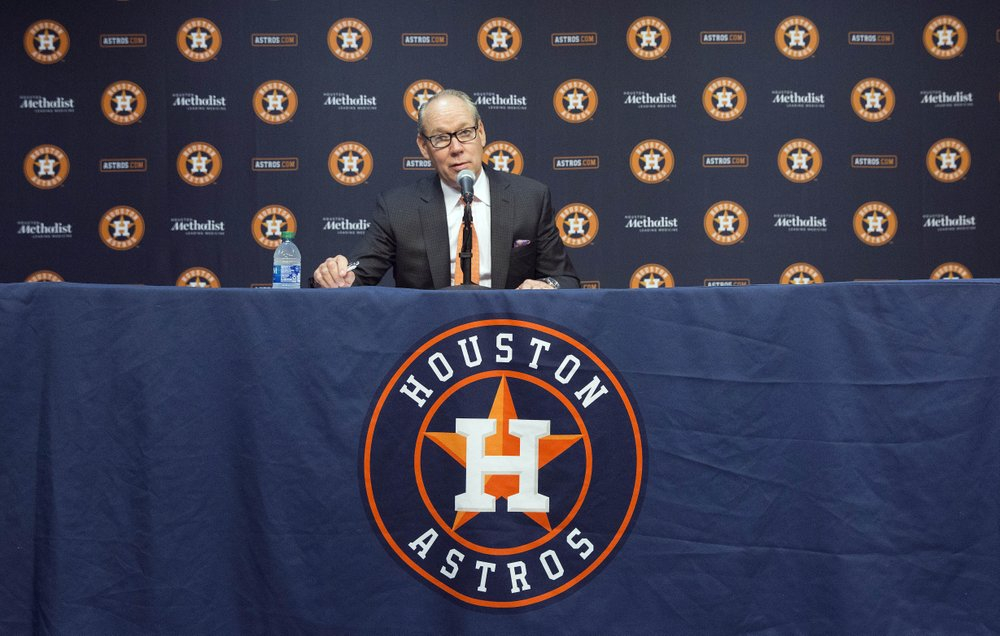 An hour after the MLB announced its punishment, the team's owner Jim Crane opened a news conference by saying Hinch and Luhnow were fired.

"I have higher standards for the city and the franchise, and I'm going above and beyond MLB's penalty," he said. "We need to move forward with a clean slate."

Manfred said no Astros players will be disciplined because he decided to hold a team's manager and GM responsible for sign-stealing infractions.

"Virtually all of the Astros' players had some involvement or knowledge of the scheme, and I am not in a position based on the investigative record to determine with any degree of certainty every player who should be held accountable," Manfred said.

Manfred left it to the Astros whether to discipline lower-level employees found to be involved in the sign stealing.

"Lower-level employees were taking direction from senior, either players or coaches," Crane said. "And so in my opinion it can be difficult to hold them to the same standard we hold to the leaders. But we'll review that... and deal with that shortly."