The 12 animals of the Chinese Zodiac: Tiger
CGTN 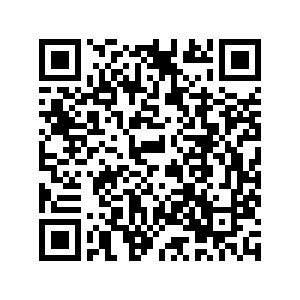 Tiger takes the third place among the 12 animals in Chinese zodiac that represent 12 branches of the Earth in Chinese culture. It is commonly regarded as one of the most powerful animals in the world. However, besides being fierce and powerful, what else do you know about this big cat? 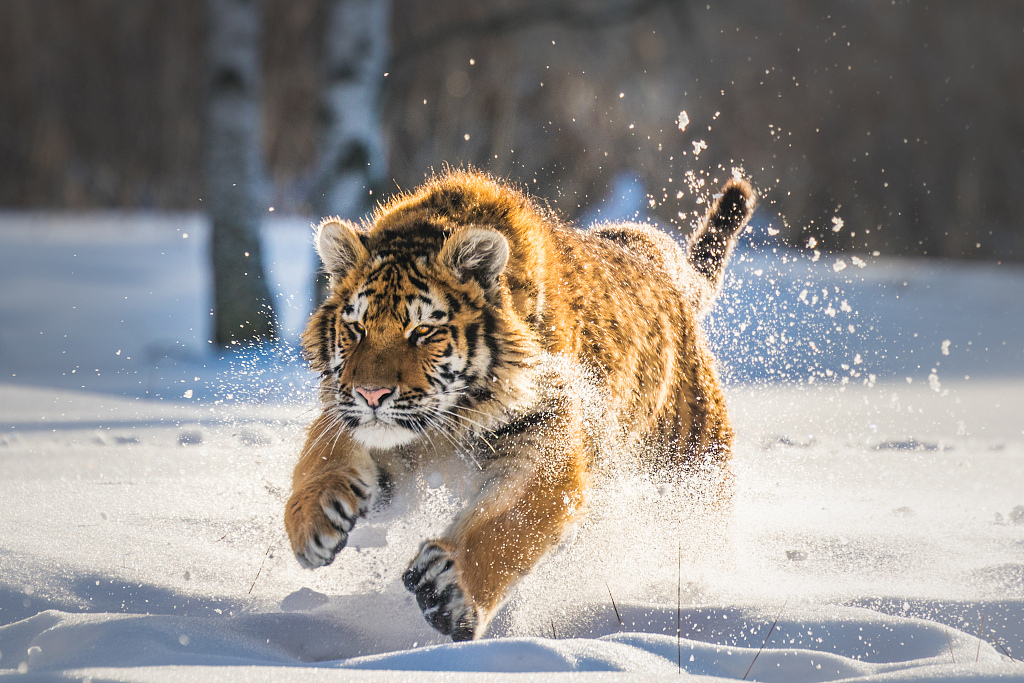 Tigers are the only cat species that is completely striped, meaning that even their skin is striped. Just like human fingerprints, no two tigers have the same stripes, although the color might vary from light brown to black. They are not symmetrical on both sides of the tiger either. The density also varies by subspecies. The stripes on a Sumatran tiger are denser than those on any other subspecies. 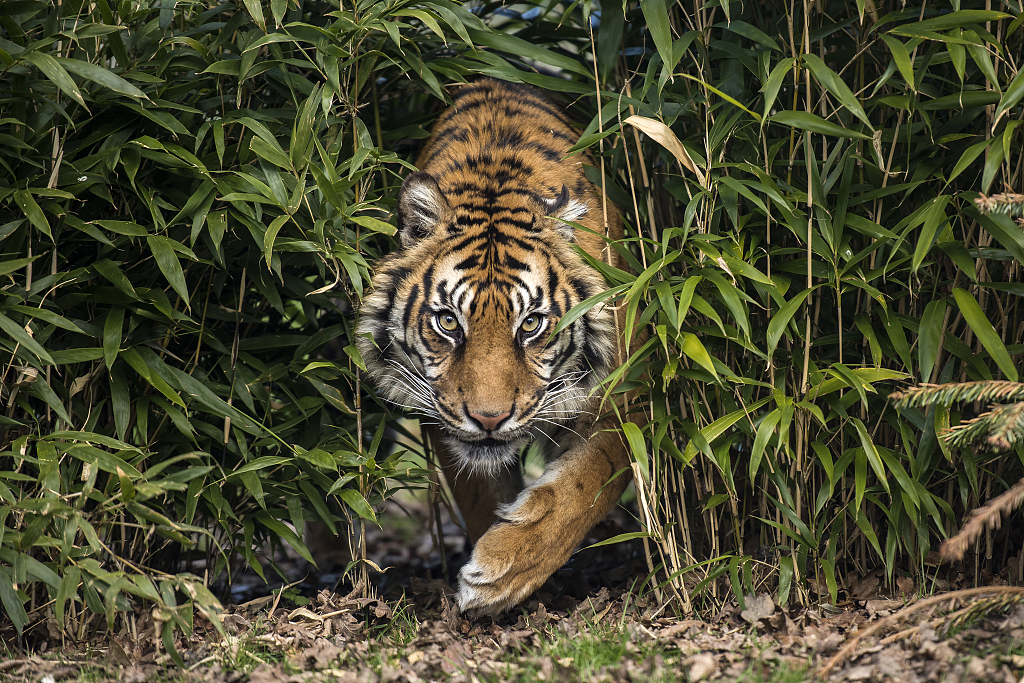 If you have a cat, you would notice how it hates water. However, tigers, the biggest cat species, love water. They are powerful swimmers and have been known to swim great distances to hunt or cross rivers. They also enjoy relaxing in pools or streams. 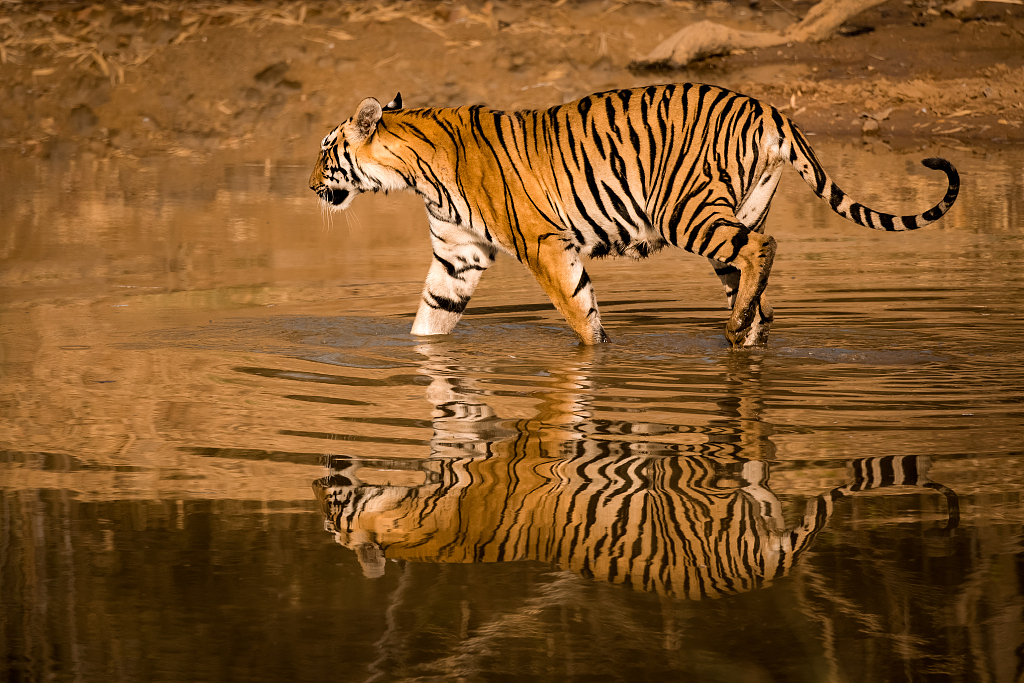 In China, tigers are called "king of all animals." The stripes on their foreheads resemble the Chinese character "王," which means "king." Since ancient times, Chinese people have been using tiger totems to symbolize power, strength and auspiciousness. This symbol has been worshiped and revered throughout history.

In Chinese culture, tigers are believed to be the guardians of children. Therefore, during the Chinese New Year, kids in many region would wear a tiger hat to wish for a healthy childhood. This might explain why it became part of the Chinese zodiac. 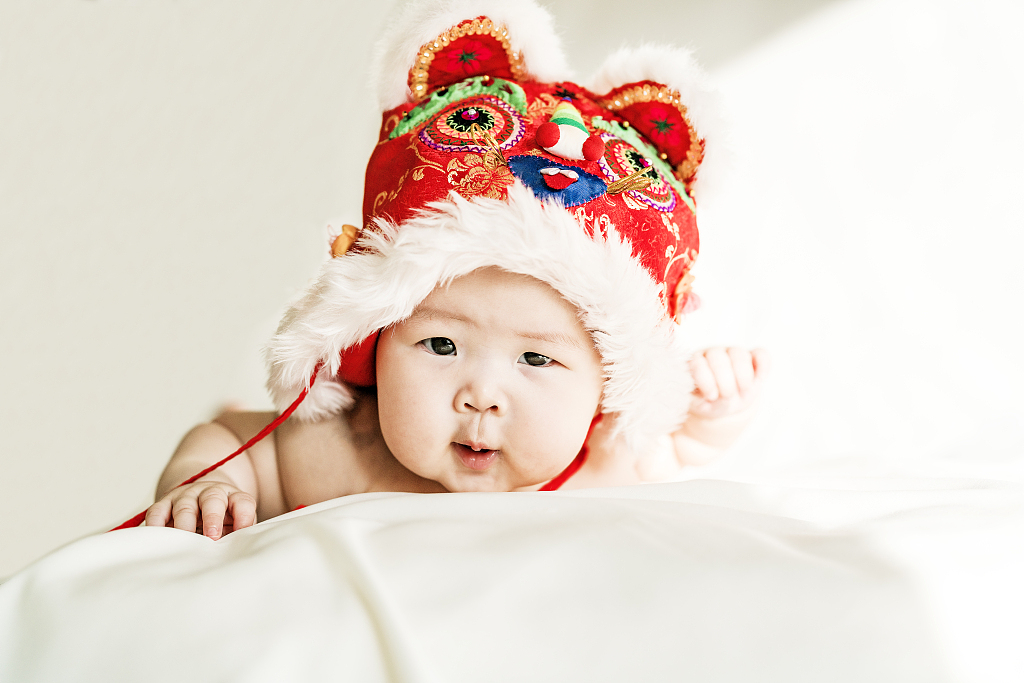 People are believed to carry the characteristics of the animal of their birth year. For instance, most born in the Year of the Tiger are thought to be kind, benevolent and brave, but can also be competitive and unpredictable.

The 12 animals of the Chinese zodiac

The Chinese zodiacs are based on a 12-year cycle, with each year related to an animal: rat, ox, tiger, rabbit, dragon, snake, horse, sheep, monkey, rooster, dog and pig.

But how much do you know about these animals and their symbolic meanings in Chinese zodiac? Follow the series to find out.

The 12 animals of the Chinese Zodiac: Ox