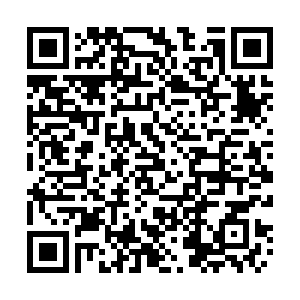 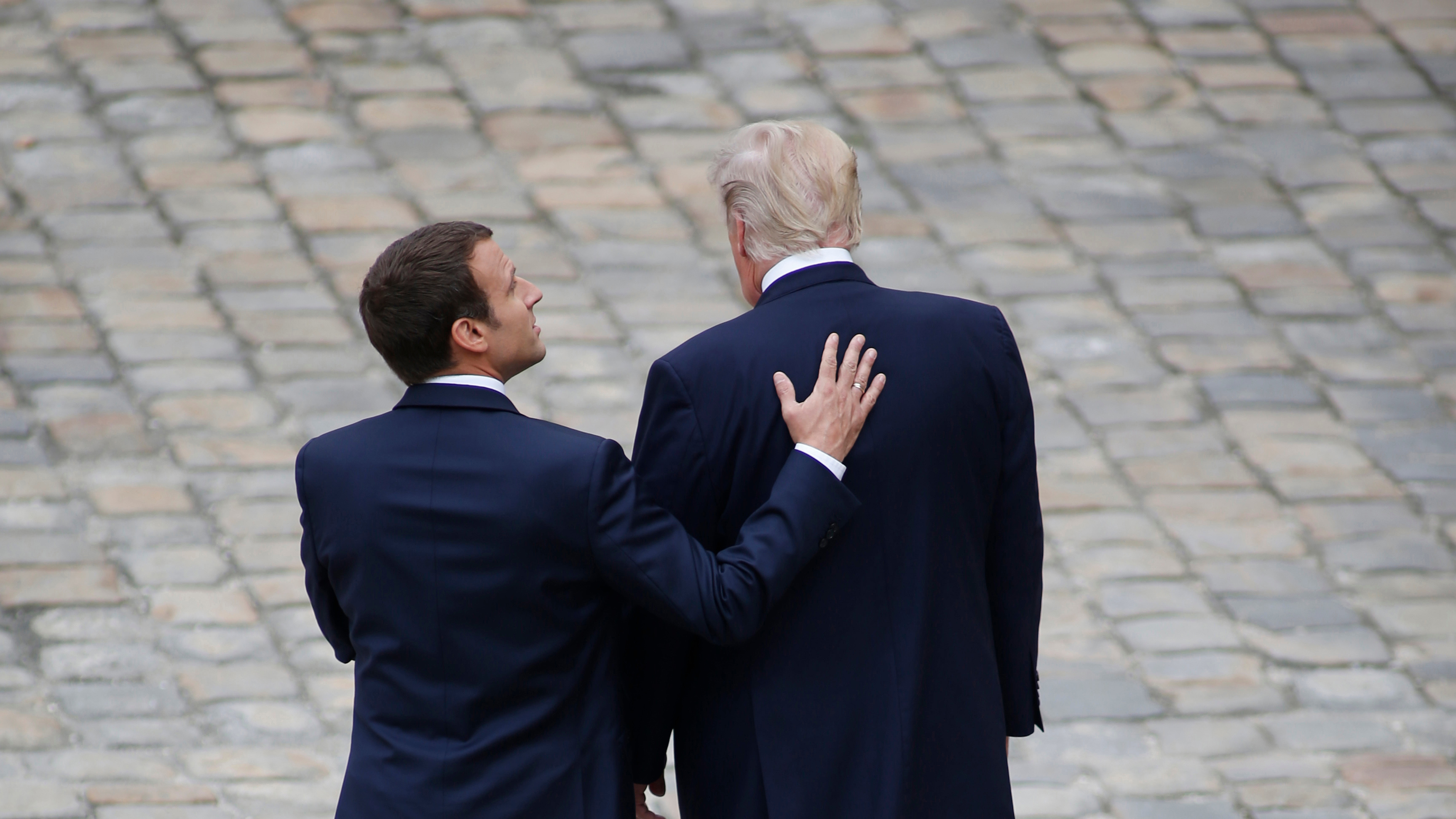 As the costly two-year trade standoff between China and the United States comes to a phase one agreement this week, the spotlight has shifted to another battlefield of U.S. President Donald Trump's trade war across the Atlantic Ocean.

The U.S. and France have been locked in a bitter dispute over a digital tax, enacted in July by French President Emmanuel Macron's government, targeting U.S. technology giants such as Google, Apple, Facebook, and Amazon.

Angered by what it sees as discrimination against American companies, the Trump administration has gone after France's best known exports: wines, cheese, luxury handbags and makeup, threatening a 100-percent tariff on 2.4 billion U.S. dollars' worth of French products.

France has warned it will retaliate, with the full backing of the European Union. A new transatlantic trade war is brewing unless the two countries find a compromise in the coming weeks. 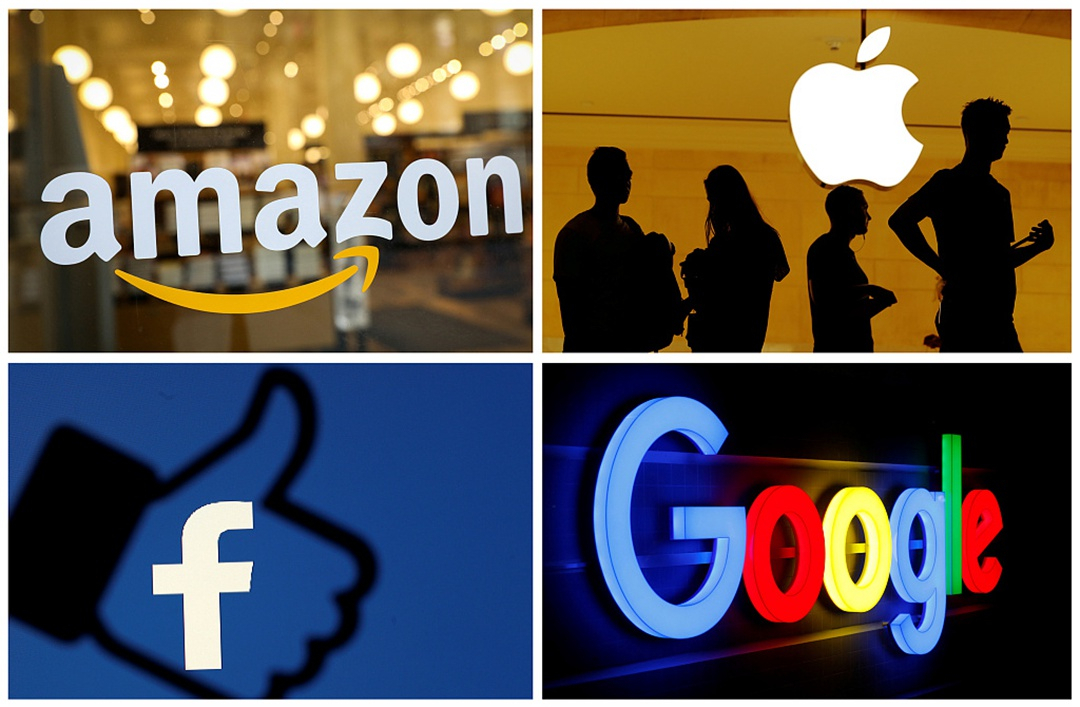 The rise of digital services tax

The digital economy is often thought to be borderless. Big tech firms, predominately American, have been raking in a fortune as they roam freely around the globe. But the rise of digital services tax (DST) around the world may soon change that.

On Sunday, the French Minister of Digital Affairs said that France's DST was just the tip of the iceberg in terms of new regulations targeting tech giants that need to be introduced internationally.

Countries which have introduced a digital tax on foreign companies and those planning to.

Countries which have introduced a digital tax on foreign companies and those planning to.

In March 2018, the European Commission unveiled proposals for a digital tax aimed squarely at U.S. tech giants. The move came shortly after U.S. President Donald Trump announced tariffs of 25 percent on steel and 10 percent on aluminum, and was seen as hostile by the U.S.

European countries have for years wanted to make U.S. tech giants pay. While operating across the continent, these companies are strategically headquartered in low-tax countries such as Ireland, Luxembourg and Scandinavian countries, which have opposed an EU-wide digital tax.

After the bloc failed to agree on a unified measure last year, France pressed ahead with its own digital tax and became the first EU country to take on the Big Tech. The tax, which will apply retroactively to the start of 2019, amounts to more than 750 million euros (about 833 million U.S. dollar) a year.

France is not alone. International momentum for a digital services tax to close the loopholes that have allowed tech companies to reduce their corporate taxes has been building up in the last two years. Italy introduced a similar digital tax in January, and the UK is planning for one in April. Since 2018, dozens of countries in the Paris-based Organization for Economic Cooperation and Development (OECD) have agreed to work on a new digital tax regime by 2020.

If such a multilateral solution is to materialize, France's DST may not be necessary after all. "If the U.S. do the same, then it's the end of the issue," French Finance Minister Bruno Le Maire said. 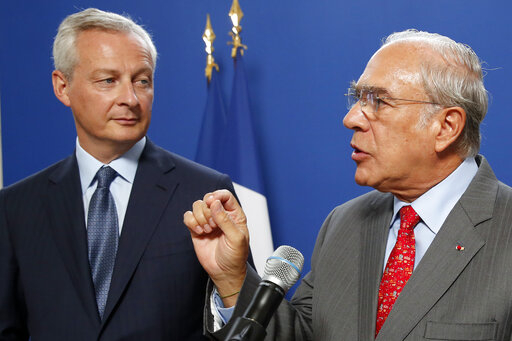 But the U.S. looks at the issue differently. A majority of the 30 companies affected by the France's DST are American. U.S. Trade Representative (USTR) Robert Lighthizer concluded that the DST discriminated against U.S. companies, after an investigation under Section 301 of the Trade Act of 1974 – the same process used to impose tariffs on China.

The U.S. tech industry is also fighting back with lobbying. U.S. Commerce Secretary Wilbur Ross has even called the French move to tax the digital giants "jealousy" over U.S. tech dominance.

The other trade war

From Beijing to Brussels, Trump has made his "America First" policy felt.

The beef between U.S. and the EU is not new. Trump has repeatedly painted America's Western partners with the same brush as China, saying "the EU has taken advantage of the U.S. on trade for many years," and accusing the bloc of treating his country "worse than China, they are just smaller."

The proposed 100-percent tariff in the latest scuffle with France would be in addition to a 25-percent tariff on European products imposed in October to punish countries that paid subsidies to France's Airbus, Boeing's archrival. However, these tariffs would hit industries unrelated to either technology or aviation.

The U.S. wine industry is protesting the loudest right now. The industry, including thousands of importers and distributors as well as those working in hospitality, has already absorbed some losses from the previous 25-percent wine tariff. They have argued that European exporters would simply go to other markets with a growing demand, like China. Therefore American businesses, workers and consumers will be punished instead of the French. Domestic winemakers also would be hit by retaliatory measures.

The American Association of Exporters and Importers (AAEI), which represents manufacturers, importers, exporters, wholesalers, retailers and service providers engaged in international trade, said it's concerned and alarmed about the administration's broad use of Section 301, at a public hearing regarding Trump's retaliatory tariffs on France.

These concerns are supported by a new study from economists at Princeton, Columbia and the Federal Reserve. The study found that U.S. tariffs on foreign products have been completely passed on to U.S. companies and consumers "in most sectors".

Citing the latest data, the U.S. Chamber of Commerce concluded that more than half of U.S. states are facing retaliatory tariffs on at least 25 percent of their exports to the EU and China.

While the tit-for-tat tariff war with China, which dominated front pages in 2019, is widely understood in the larger context of great power rivalry, souring economic relations between Washington and its European allies may well be a reminder of the administration's reckless use of tariffs to bend others – friends and foes alike – to its will.