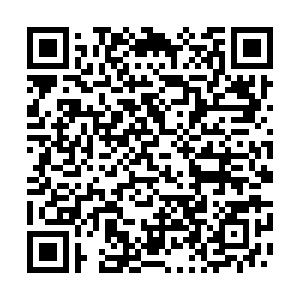 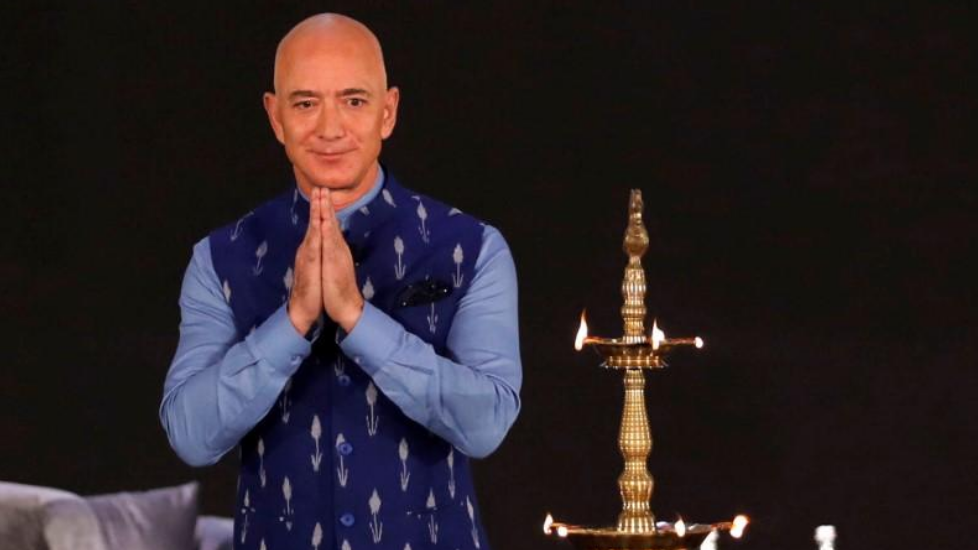 Angry local Indian traders vowed Wednesday to stage protests against the world's richest man Jeff Bezos as the Amazon tycoon started a visit to the South Asian country even as authorities launched an antitrust investigation into e-commerce giants.

The billionaire e-commerce magnate, who is on a three-day visit, said his company will invest 1 billion U.S. dollars in digitizing small- and medium-size businesses in India and expects to export 10 billion U.S. dollars' worth of India-made goods by 2025.

"The dynamism, the energy... the growth. This country has something special and it's a democracy," Bezos said.

The Amazon founder, whose worth is estimated at more than 110 billion U.S. dollars, spoke at a company event in New Delhi. He is expected to meet business leaders and senior government officials, according to sources.

Media reports said Bezos has sought a meeting with Indian Prime Minister Narendra Modi, but neither the government nor Amazon would confirm if talks would be held.

Amazon has committed 5.5 billion U.S. dollars in investments in India and sees the country as a key growth market.

After arriving Tuesday, Bezos paid tribute to India's independence icon Mahatma Gandhi, dressing in an Indian kurta to lay flowers at a memorial in Delhi. 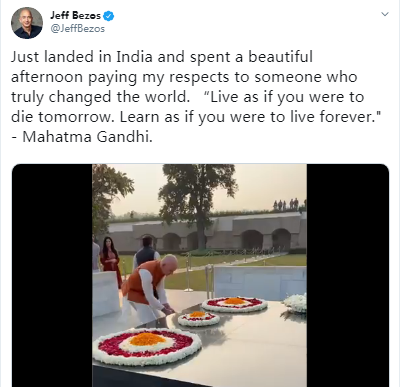 He described Gandhi in a Twitter message as someone who "truly changed the world."

Bezos will also visit India's financial capital Mumbai, where he will reportedly attend a party with Bollywood celebrities on Thursday evening.

Since its launch in India in 2016, the company's streaming platform Amazon Prime has partnered with the who's who of Bollywood to produce entertainment content in several Indian languages.

Bezos' visit, however, is likely to be marred by protests across India from small business owners who allege Amazon is driving them out of business by offering sharply discounted products and favoring select big sellers on its platform. The company denies the allegations.

The Competition Commission of India announced Monday that it was investigating Amazon and its main rival in the domestic market, the Walmart-owned Flipkart, over accusations they had killed off small businesses by favoring "preferred sellers" on their platforms.

Amazon has said it will cooperate with the investigation and was "confident" it was operating legally. But traders across India said they would stage protests during the visit to demand the government takes action against Amazon.

The merchants accuse Amazon and Flipkart of flouting foreign investment rules and pouring billions of dollars into discounts that force traditional traders out of business.

Flipkart was Indian owned until bought by Walmart for 16 billion U.S. dollars in 2018 following a bidding war with Amazon.

The Confederation of All India Traders, which says it represents 70 million small businesses, vowed "strong protests" in 300 cities, including New Delhi where Bezos spoke on Wednesday at the Amazon business summit.

The competition commission said it will report in 60 days, but its inquiries normally take a lot longer.