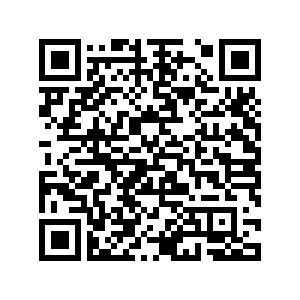 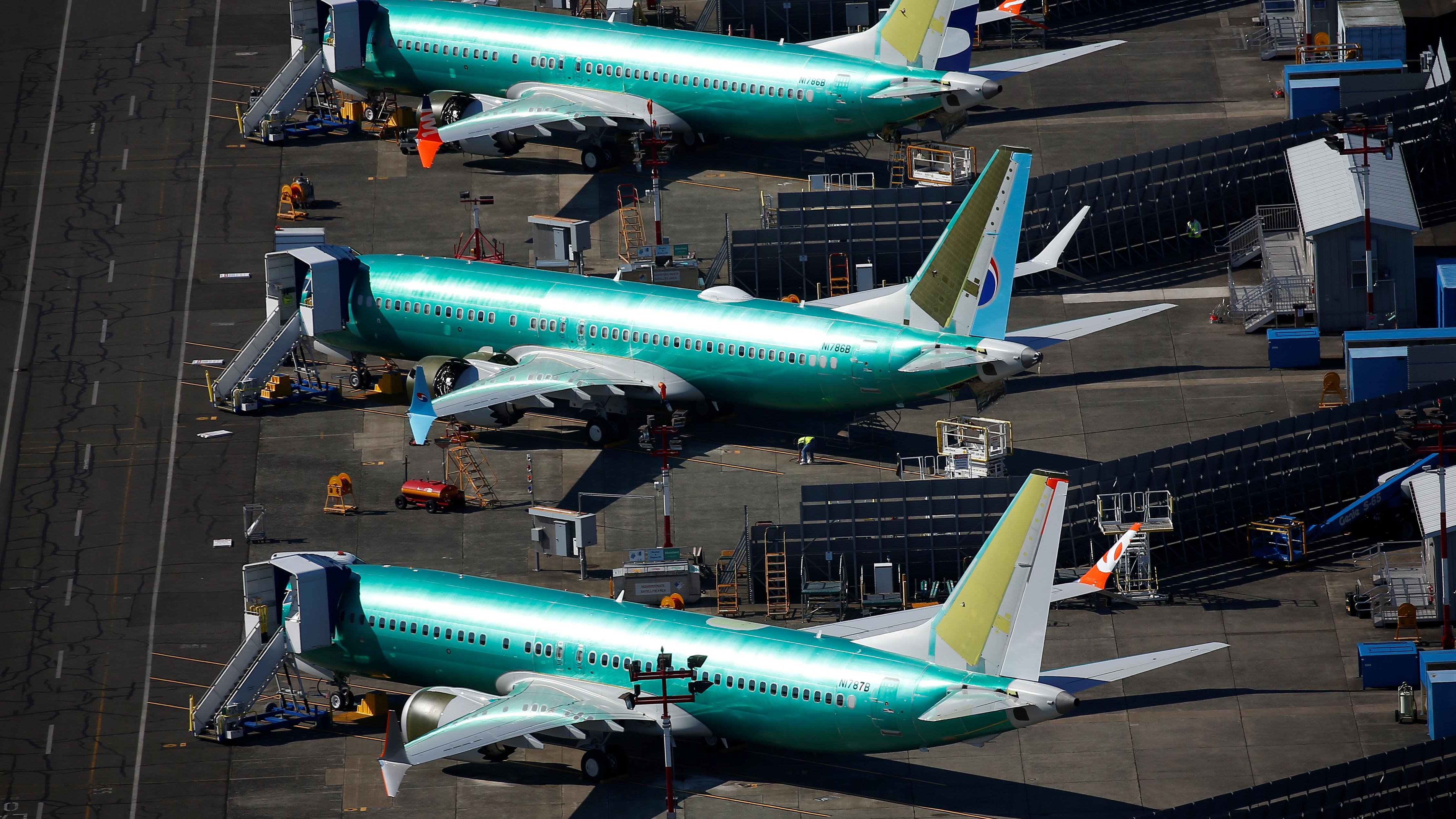 Boeing reported its worst annual net orders in decades on Tuesday, along with its lowest numbers for plane deliveries in 11 years, as the grounding of its 737 MAX jet saw it fall far behind main competitor Airbus.

Boeing's gross orders plunged by 77 percent to 246 in 2019, while net orders after cancellations or conversions were just 54 compared with 893 the previous year.

After an accounting adjustment representing jets ordered in previous years but are now unlikely to be delivered, Boeing said its net total for orders this year sank to a negative 87 airplanes.

The company also reported more cancellations than new business in 2019. Much of this was because of some overseas airlines, such as India's Jet Airways, going bankrupt, but with the troubled 737 Max there was little demand to make up for the lost orders.

Boeing's deliveries fell by 53 percent to 380 planes over the whole of last year, as the MAX's grounding made it impossible for it to deliver the planes to customers, forcing it to halt production last month and lose the top spot to its European rival Airbus for the first time in eight years.

As a result, Boeing's book-to-bill ratio, which measures orders against deliveries, came in at a negative 0.23 in 2019.

Boeing said unidentified customers canceled orders for three 787-9s in December and another customer canceled an order for a 787-8.

Ten months after the MAX was grounded in March following two fatal crashes, Boeing still has a backlog of more than 5,400 orders for its long- and short-distance commercial jets. 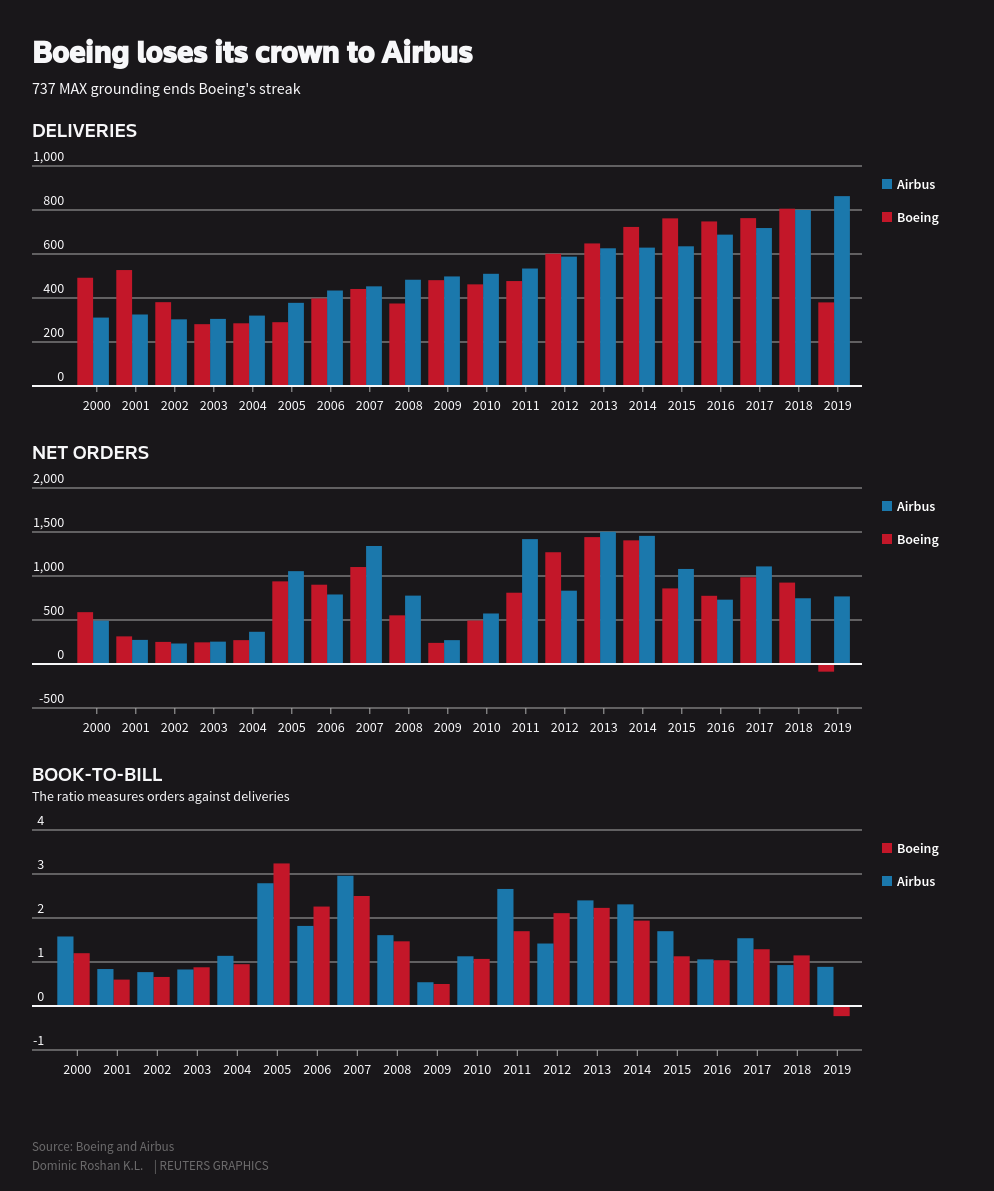 By comparison, Airbus said earlier this month it racked up a net 768 orders last year after cancellations and delivered a record 863 planes.

The aviation industry is seeing a slowdown in orders as fears of an economic downturn linger and global economies slow amid an ongoing U.S.-China trade war.

Planemakers receive most of their revenue when aircraft are delivered – minus accumulated progress payments – making final delivery crucial for their finances.

Boeing parted ways with Chief Executive Officer Dennis Muilenburg last month as it became increasingly clear that he was making little headway in resolving the crisis.

The company is still working to fix the MAX and there is little clarity on when Boeing is likely to get the green light from regulators to bring the airplane back into service, making analysts and investors jittery about the company's prospects in 2020.