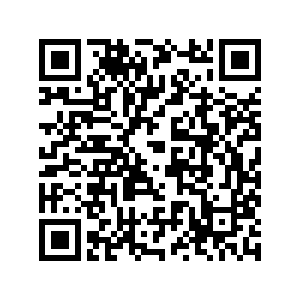 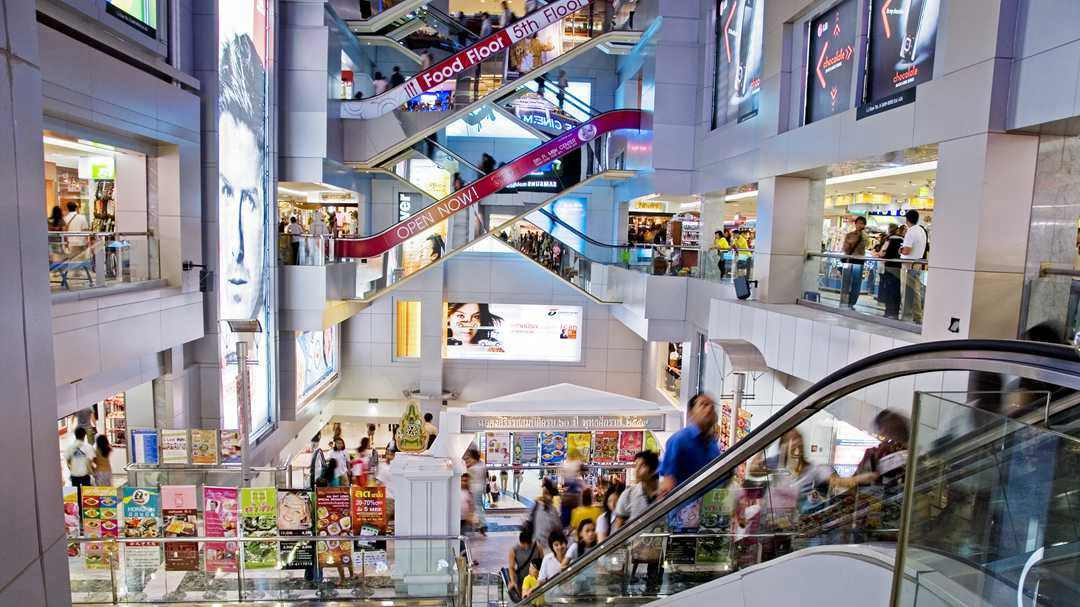 The explosive growth of China's social media has made it easy for shoppers to recommend their favorite stores to others online. The information could spread very fast and create the so-called "wang hong" stores popular on the internet.

It's becoming more and more common, especially in downtown Shanghai: hundreds of people are seen lining up to get into a brand new store. When this famous Japanese fashion brand opened its first store on the Chinese mainland, shoppers couldn't get in fast enough. Nearly one month after Niko and...'s opening, the shop is still popular, even on workdays.

Consumers waiting outside the store said that there's always a queue here, which attracts more people to explore Japanese fashion.

The three-floor store has everything: snacks, coffee and women's clothing on the first floor; men's apparel and furniture on the second, and a third floor full of restaurants. Yoshiaki Kitamura, a board member of Niko and..., says the store's success lies in having brought to China something not often found here – one store appealing to almost every aspect of a customer's lifestyle. 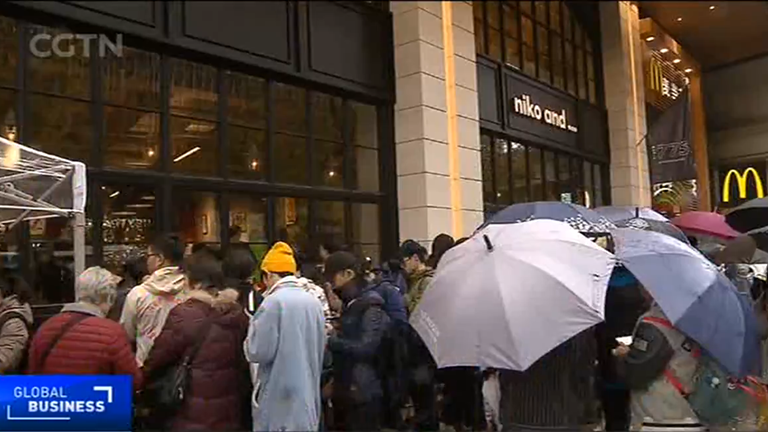 People are seen lining up, waiting for the opening of a new Japanese fashion store in Shanghai, east China. Photo by CGTN

People are seen lining up, waiting for the opening of a new Japanese fashion store in Shanghai, east China. Photo by CGTN

"A large proportion of China is dominated by e-commerce. So I thought we needed a reason for consumers to visit our physical store instead of just typing in keywords online. That's why we provide everything from clothing to food and furniture. Offline shopping experience is important for us," Yoshiaki Kitamura further explained.

It's nothing new to wait a couple of hours or book an entrance number in advance to get into one of these shops. But what's also common is that we've seen the hot shops come and go pretty quickly. Taking advantage of marketing hype and online promotions in the early stage is their usual plan. But their problem is sustaining longer-term growth.

Yoshiaki told CGTN that he'll be changing his store's theme every 45 days. When he opened the store, it was Christmas-themed. The theme now is the Chinese Spring Festival.

One expert agrees with Yoshiaki's business approach, but expects the country will be seeing more and more new stores basing their opening success on a blaze of internet-driven publicity. Of course, that will only make the market even tougher.

"Wanghong industry is growing rapidly over the last few years, and today it's a hundreds-of-billions RMB plus industry across retail and services. What makes them successful in the end is that they need to maintain the brand with the complete freshness and mature their sales approach, either from the way they work with suppliers or the way they create their own product lines," said Alex Shutter, a partner of Oliver Wyman.

Business news portal 36Kr figures that if a hot store wants to survive, its gross profit margin should be at least around 60 percent. That's a very high standard for these new stores, in terms of both budget control and operational optimization. It also means the hot stores need to keep close track of changing consumption habits in clothing, food and beverages – always keeping in mind that the average retail store takes two or three years to come into profit.