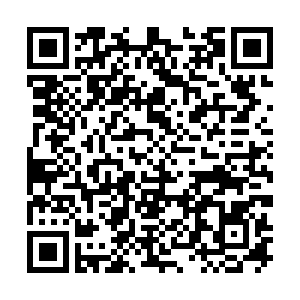 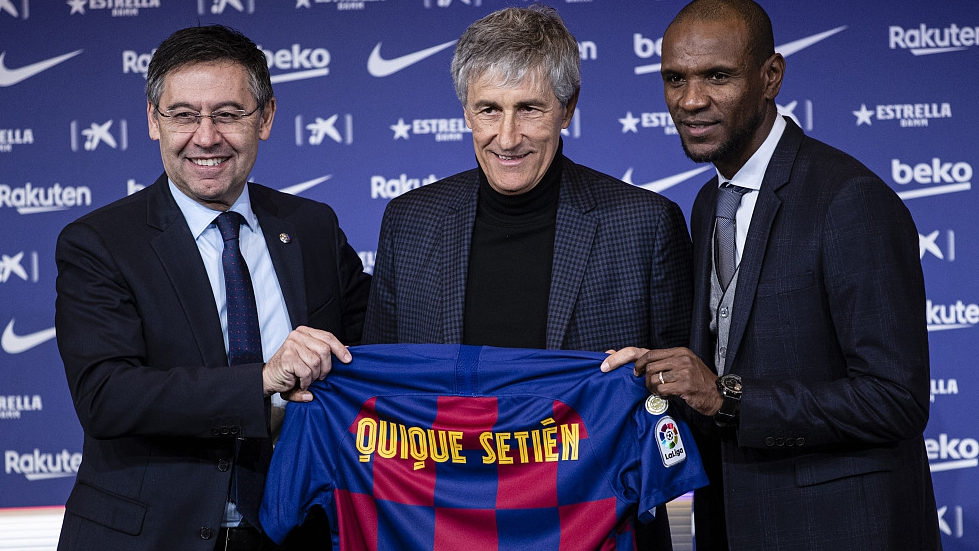 Quique Setien said on Tuesday that being appointed Barcelona coach was beyond his "wildest dreams" and has vowed to stay true to his beliefs in exciting, attacking football.

Setien was unveiled at a press conference at Camp Nou, after the club's announcement late on Monday that he would replace the sacked Ernesto Valverde.

"Not even in my wildest dreams could I have imagined being here, I am quite an emotional person and today is a special day for me," Setien said after signing his contract in front of the media.

"Yesterday I was walking past cows in my village and today I am at Barca, coaching the best players in the world. This is the pinnacle for me."

Bartomeu admitted the dismissal of Valverde should have been handled better and also revealed Setien's contract until June 2022 contains a break clause. It means Setien can be removed in 2021 after the club's presidential elections.

Setien takes charge after an impressive spell at Real Betis, which ended last summer, and with Barcelona top of La Liga.

A former player for Atletico Madrid and Racing Santander, Setien once said he would cut off his little finger to have played under Johan Cruyff. As a coach, he has dedicated his career to a possession-based style that has earned him a reputation as a purist.

"I didn't need even five minutes to accept the job," said Setien. "I never thought Barca would go for me. I don't have a glittering CV or many titles but I have demonstrated even before being a coach that I love a certain philosophy.

"And all I have done is ensure my previous teams have all played good football. I don't know if that was enough to earn me this opportunity but I am grateful for it, nothing else."

Setien added: "I am a person with clear convictions. I have very clear ideas. I listen to everyone but I am the first to defend what I believe. If we have to die with our ideas, we will die with them because Barca has to follow its path." 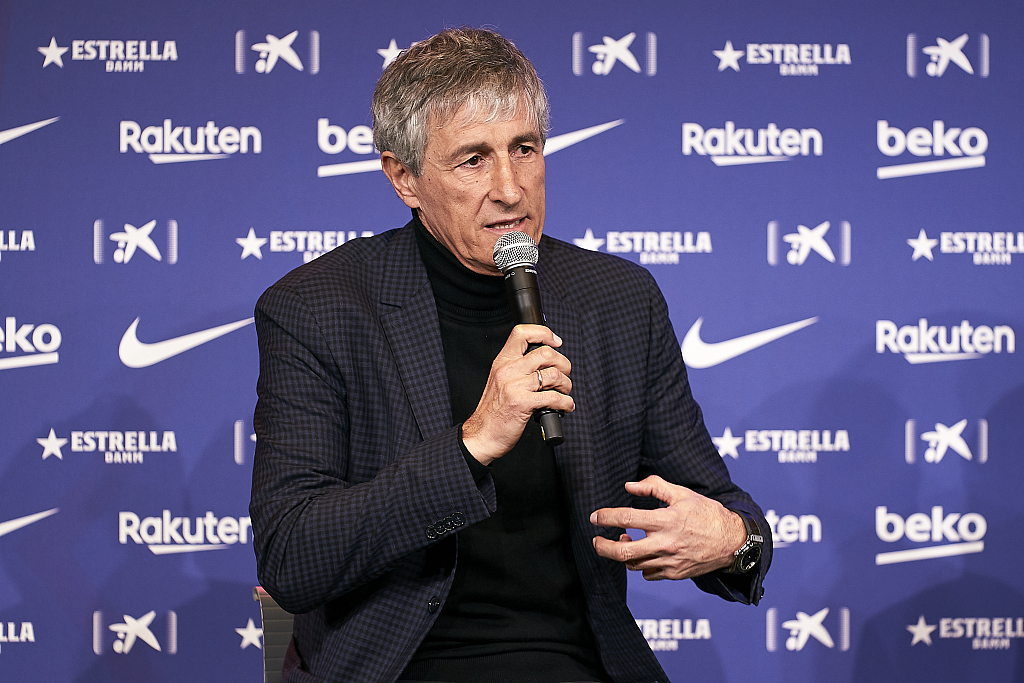 Setien will be without Luis Suarez, who will need four months to recover from a knee injury, but he has Lionel Messi, who has scored 16 goals in 20 games this season.

"To start coaching the best player in the world and the players around him, I'm still not sure what that means," said Setien.

"I have talked to him and some others and I have already told him about the admiration I feel for him."

Valverde won La Liga in each of his two seasons in charge but Bartomeu said the club needed a boost.

"We knew the dynamic was not the best even if the results were very good," said Bartomeu. "We have made the change now because we are in the middle of the season and we needed a boost. With this new dynamic we want to win the league, the Champions League and the cup."

Barcelona have been accused of a lack of respect for Valverde after their seach for a replacement, including offering the job to Xavi Hernandez, was widely reported over the weekend.

"Of course I wish things had been done differently," Bartomeu said. "But in recent weeks and months we have spoken to other coaches, it's always like that, and nothing has come out."