In The Spotlight: The curious case of Carlos Ghosn, conman or scapegoat?
Khushboo Razdan 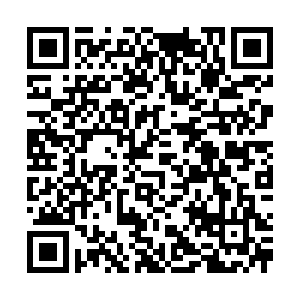 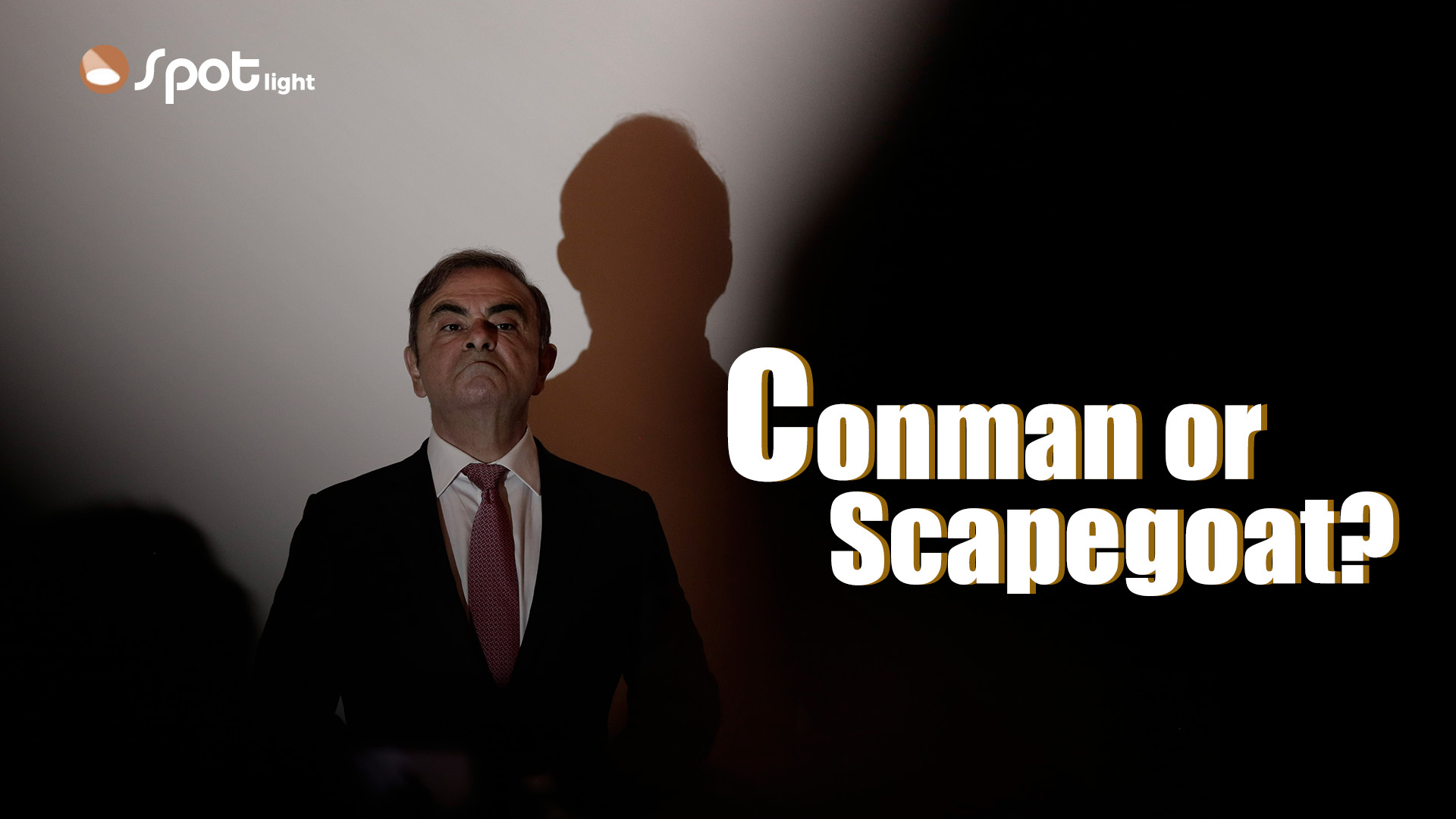 The fallen boss of the Nissan-Renault alliance, Carlos Ghosn, said in a 2006 interview: "You'll never convince me there is a hopeless situation or there is any finality in any success or any failure. So, I don't consider the game over." As recent events show, for Ghosn, the game is afoot. He's seen it all, a meteoric rise to the top, a reversal of fortunes that landed him in jail and then, a daring escape that handed him the notorious status of an international fugitive. But who exactly is Carlos Ghosn? A boardroom magician or a manipulative conman who played at the edges of law?

"All narcissists are hypocrites. They pretend to have morals and values that they really don't possess. Behind closed doors, they lie, insult, criticize, disrespect and abuse," tweeted Ghosn's ex-wife Rita Ghosn, soon after his shock arrest in November 2018.

Many speculate that Carlos Ghosn, who's accused of under reporting his extravagant remuneration packages, was trying to hide the money from his ex-wife, with whom he has four children, because of an alimony payment. 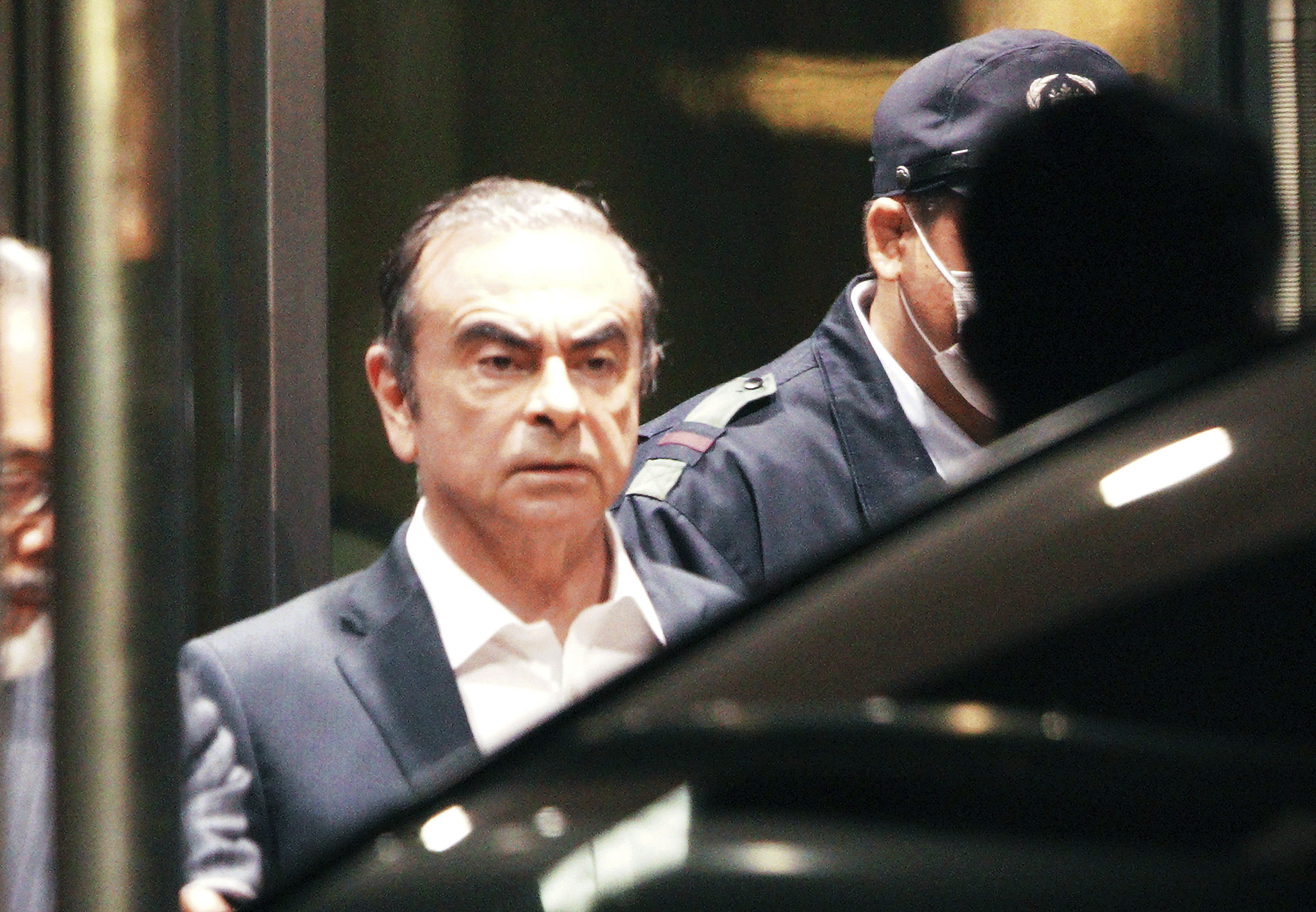 Born to Lebanese parents on March 9, 1954 in Porto Velho, Brazil, Ghosn moved to Lebanon when he was six. After high school, he left the country to pursue a bachelor's degree in engineering in Paris and met Rita Kordahi, a pharmacy student with Lebanese roots. The couple married in 1984, and soon moved to Rio de Janeiro where Ghosn was heading the Michelin tire company's South American operations. He quickly climbed the success ladder and moved to South Carolina, becoming the head of the company's U.S. operations. In 1990, Ghosn was appointed as the CEO of Michelin North America. But the family moved to Paris in 1996 where Ghosn headed operations for Renault. In 1999, Renault and Nissan forged their alliance and by 2001, Ghosn was named as the CEO of Nissan, this time taking the family to Tokyo. 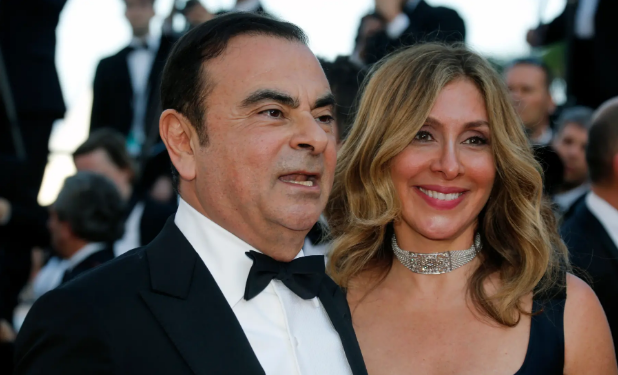 According to reports, Ghosn's rising profile proved to be hard on Rita who abandoned her career to raise the family and follow her husband around the world. The couple officially divorced in 2012. In 2016, he married Carole Nahas Marshi, an entrepreneur from Lebanon who has spent most of her life in the U.S. and once headed a high-end caftan company, in a lavish ceremony at the Palace of Versailles in Paris.

Ghosn, who was celebrated everywhere, from boardrooms to Japanese mangas as the "Super CEO" who merged three automobile companies, based in two different continents, and single-handedly pulled them out of bankruptcy, once described mergers as marriages. In an old YouTube video that recently went viral, Ghosn says: "Alliances are like marriages if you start a marriage where someone is very excited, and [someone] is very skeptical… you'd better prepare yourself for a very short honeymoon. At the end of the day, human common sense is more important than business common sense." 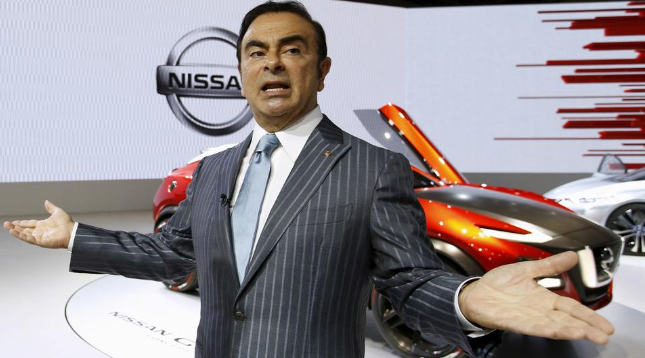 But critics say his impactful one-liners were at odds with his business decisions. He was known as the "cost killer" who mercilessly fired staff to cut expenses and streamline operations. Ghosn's high-living ways also put him under the spotlight. Reports claim that the "rockstar executive" was throwing exorbitant parties with corporate funds. On his 60th birthday, he hosted a 700,000-U.S.-dollar gathering of over 150 personal guests at the Palace of Versailles. Interestingly, the event was billed as the 15th anniversary celebrations of the alliance between Nissan and Renault, even though the merger's birthday was actually 18 days later, on March 27, and only a handful of the invited guests were from the auto giants.

According to Japanese public broadcaster NHK, Nissan paid its boss huge sums to buy luxury houses in Paris, Beirut, Amsterdam, Rio de Janeiro and Tokyo, and not everyone at the company was happy with the "superhero chairman".

People who knew Ghosn and witnessed his trajectory of success over the years blame his "God complex" for his downfall and claim that he is suffering from "CEO disease."

Former General Motors Vice President Bob Lutz told CNBC: "That type of personality does tend to pretty easily slip over the line and do things that the rest of us would not do, because they think they're [...] so well-connected and of such vast importance to the economy that nobody would ever call them on it."

A former colleague of Ghosn revealed to Fortune how "he began to isolate himself from most trusted advisers and regard his positive press clippings as an incontrovertible truth, a move that ultimately blinded him of his own fallibility."

Read more: 'Ghosn, Ghosn, Gone': How did ex-Nissan chief get away? 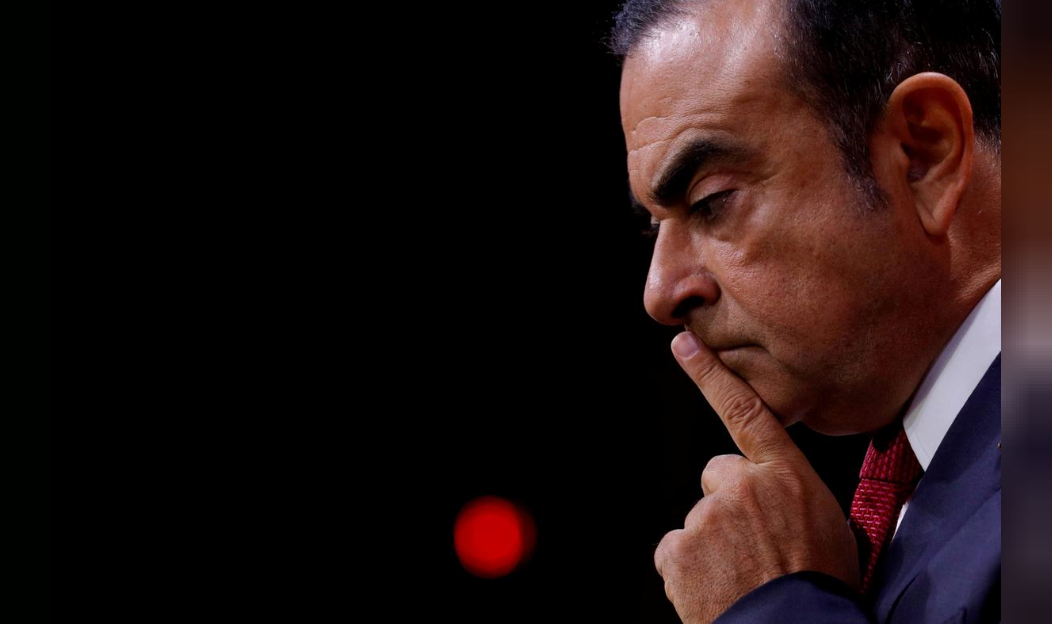 In a feisty press conference after fleeing to Beirut in the box of a musical instrument, Ghosn rejected all charges against him and claimed he had escaped from "injustice" to clear his name. "In a minute, I was a cold, greedy dictator... a kind of mercenary: I was here for the money," he said, adding that the alliance's economic performance had tanked since his arrest.

Ghosn, who holds Brazilian, French and Lebanese passports, has extensive ties with Lebanon where he's invested in businesses including a winery, a bank and several construction projects. Soon after his arrest, the Lebanese foreign ministry backed the ex-Nissan chief calling him "a well-known Lebanese citizen who represents one of Lebanon's success stories abroad." Billboards reading "We are all Carlos Ghosn" were put up in Beirut in a show of support for the "favorite son of the soil."

Japan has called for his return but that's unlikely to happen as Lebanon doesn't have an extradition treaty with the country, a fact which explains Ghosn's choice of his final destination in the escape journey.

Ghosn instead wants the world to pay attention to Japan's legal system, which has a conviction rate of 99 percent. "If you don't just confess, it will get worse, the prosecutor kept telling me," he told reporters in Beirut.

On the allegations of financial irregularities, he has maintained that he is a victim of a "palace coup." 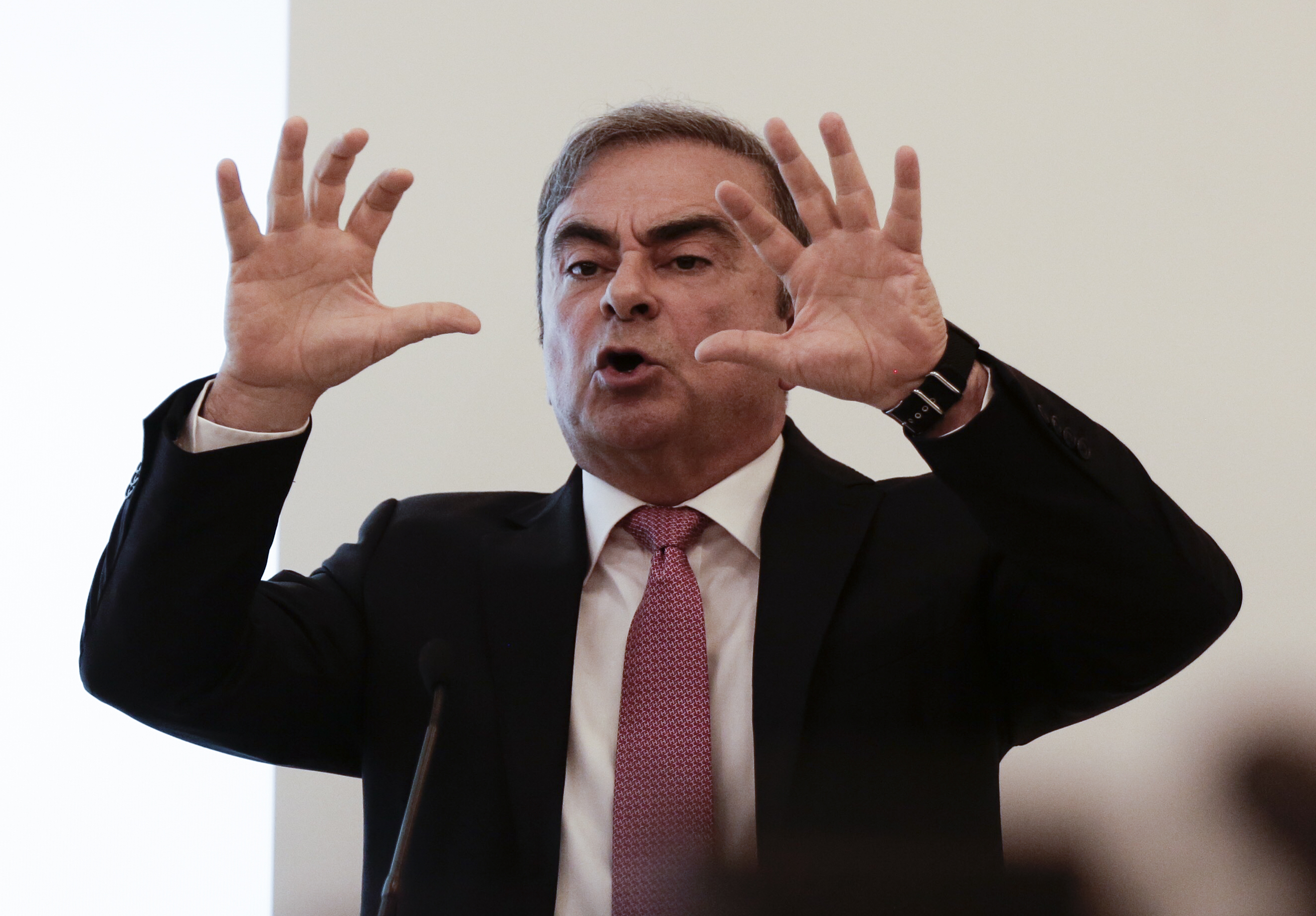 The Ghosn strategy is clear. To him, it's all a giant conspiracy by his corporate enemies, the prosecutors and the entire Japanese legal system. Through a focused PR approach, an attempt is being made to turn him from a victim to an upholder of justice.

So what's next for the ex-Nissan chief? An international fugitive status has limited his options. He's free but trapped at the same time. Many in Lebanon want him to take an important position in the government, and he is also in talks with a Hollywood producer to turn his life into a movie. We know he's the hero of his story, we know his villains. But the final episode of this potential blockbuster script is yet to be written.