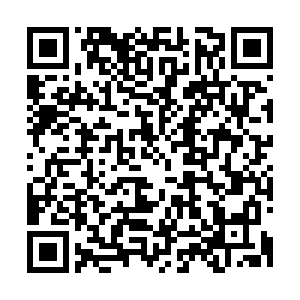 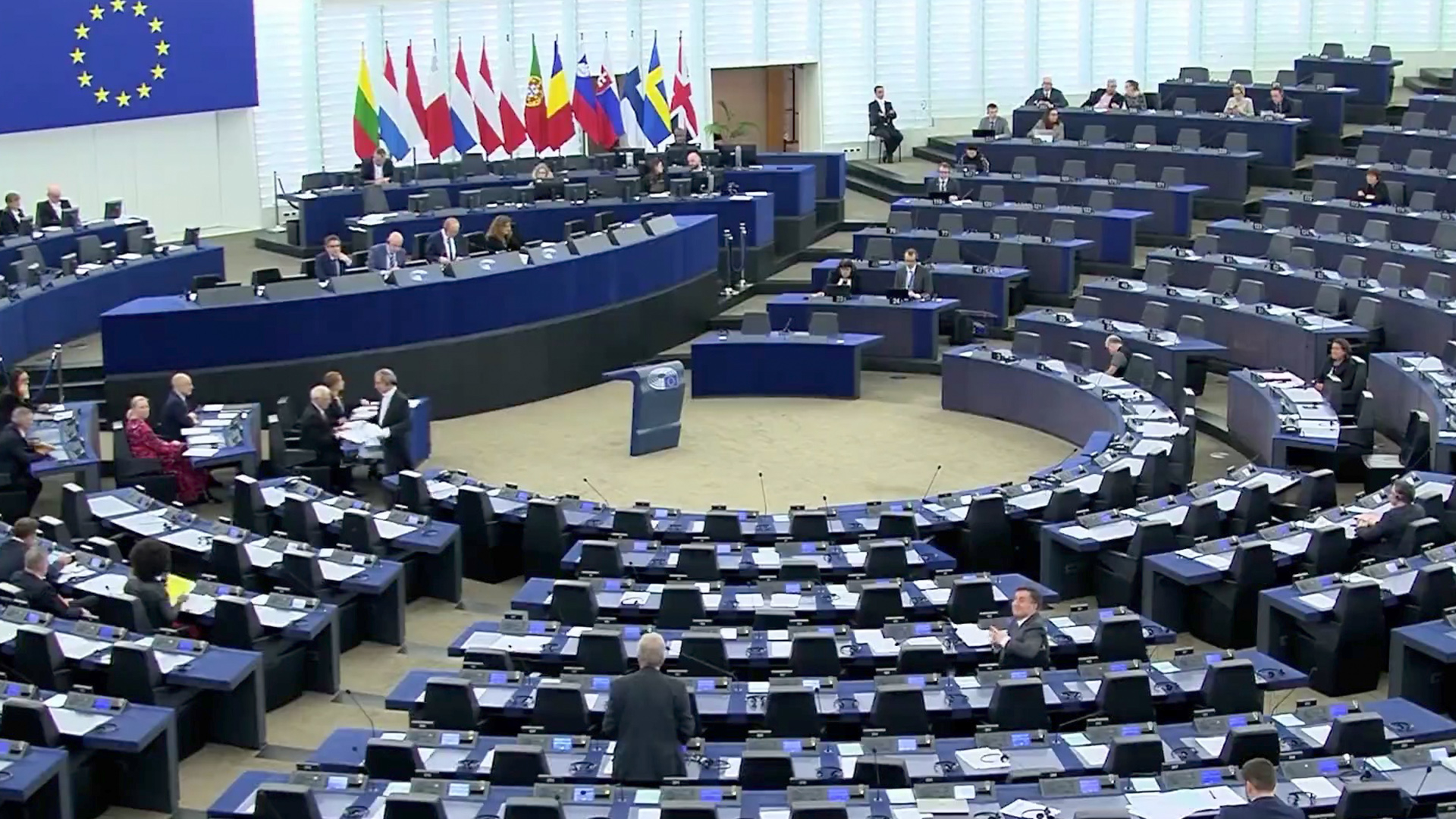 Iranian President Hassan Rouhani dismissed on Wednesday a proposal for a new "Trump deal" aimed at resolving a nuclear row, saying it was a "strange" offer and going on to criticize U.S. President Donald Trump for always breaking promises.

In a televised speech, the president told Washington to return to the 2015 nuclear pact between Tehran and world powers, adding that Iran could reverse its moves to scale back its commitments under the pact.

He also urged foreign troops to leave the Middle East after warning that the U.S. troops and EU soldiers are "insecure" in the region.

He criticized European parties to the deal that have triggered a nuclear agreement dispute mechanism, saying they had failed to fulfill their commitments. Tehran has repeatedly refused to negotiate a new deal while U.S. sanctions are in place.

The remarks come after Trump on late Tuesday agreed to "replace the Iran deal with the Trump deal" which was proposed by British Prime Minister Boris Johnson.

Iran's foreign minister said on Wednesday an existing nuclear deal the country struck with world powers was not dead and that he was unsure if any new pact agreed by U.S. President Donald Trump would last.

"The United States didn't implement (the existing deal's)...commitments, now it has withdrawn... I had a U.S. deal and the U.S. broke it. If I have a Trump deal, how long will it last?" Mohammad Javad Zarif said at a security conference in New Delhi.

British Prime Minister Boris Johnson called on Tuesday for Trump to replace the 2015 deal with his own new pact to ensure Iran did not get an atomic weapon.

Trump's administration abandoned the pact aimed at curbing Iran's nuclear program in 2018 and has since reimposed economic sanctions on Tehran.

The U.S. president said in a tweet he agreed with Johnson on the need for a "Trump deal." 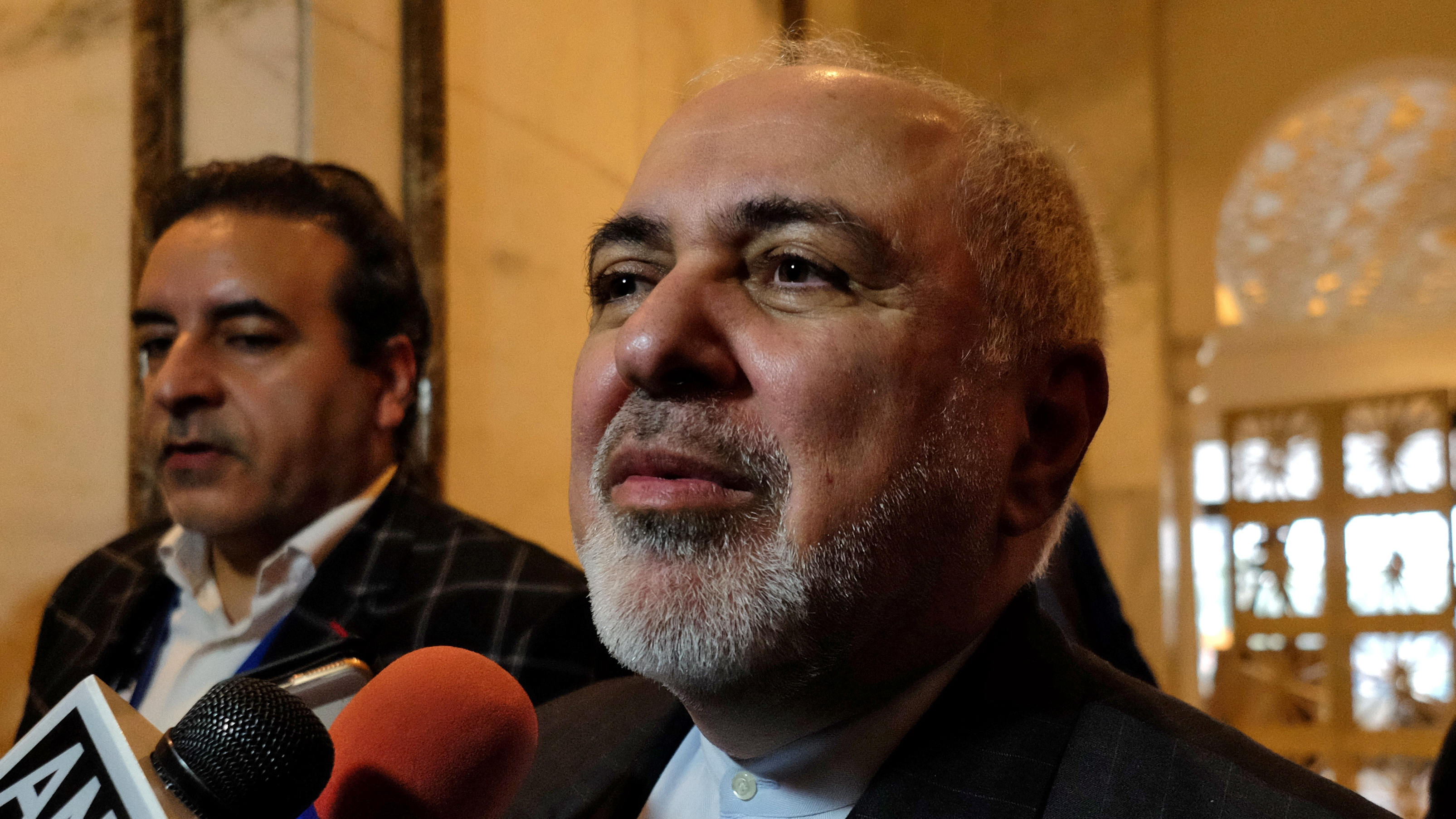 Iran's Foreign Minister Javad Zarif speaks with the media on the sidelines of a security conference in New Delhi, India, January 15, 2020. /Reuters Photo

Iran's Foreign Minister Javad Zarif speaks with the media on the sidelines of a security conference in New Delhi, India, January 15, 2020. /Reuters Photo

Iran is interested in diplomacy, but not in negotiating with the United States, Zarif said, adding the existing pact was among the "best deals" he could envisage.

Zarif spoke a day after Britain, France and Germany formally accused Iran of violating the terms of that agreement, a move that could eventually lead to the reimposing of UN sanctions.

He said Iran would respond to a letter sent by the three European countries and said the future of the pact, which was "not dead", rested on Europe.

Iran denies its nuclear program is aimed at building a bomb but has gradually rolled back its commitments under the 2015 accord since the United States pulled out. It argues that Washington's actions justify such a course.

Tensions between the two countries have risen following the U.S. killing of Iranian military commander General Qasem Soleimani and a retaliatory missile attack by Iran on U.S. forces in Iraq.

Zarif said Iran had sent a message to Washington through Swiss mediators on the night of the missile strike, calling it an act of self-defense in response to Soleimani's killing.

Zarif said the commander's death was a major setback in the fight against Islamic State. Many in the region saw Soleimani as a hero for his role in defeating the jidahist group.

France, Britain and Germany confirmed on Tuesday that they had triggered the dispute mechanism in the Iran nuclear deal given its ongoing violations, but said they were not joining the United States campaign in exerting maximum pressure on Tehran.

"We have therefore been left with no choice, given Iran's actions, but to register today our concerns that Iran is not meeting its commitments under the JCPOA (Iran deal) and to refer this matter to the Joint Commission under the Dispute Resolution Mechanism, as set out in paragraph 36 of the JCPOA," the three European states said in a joint statement. 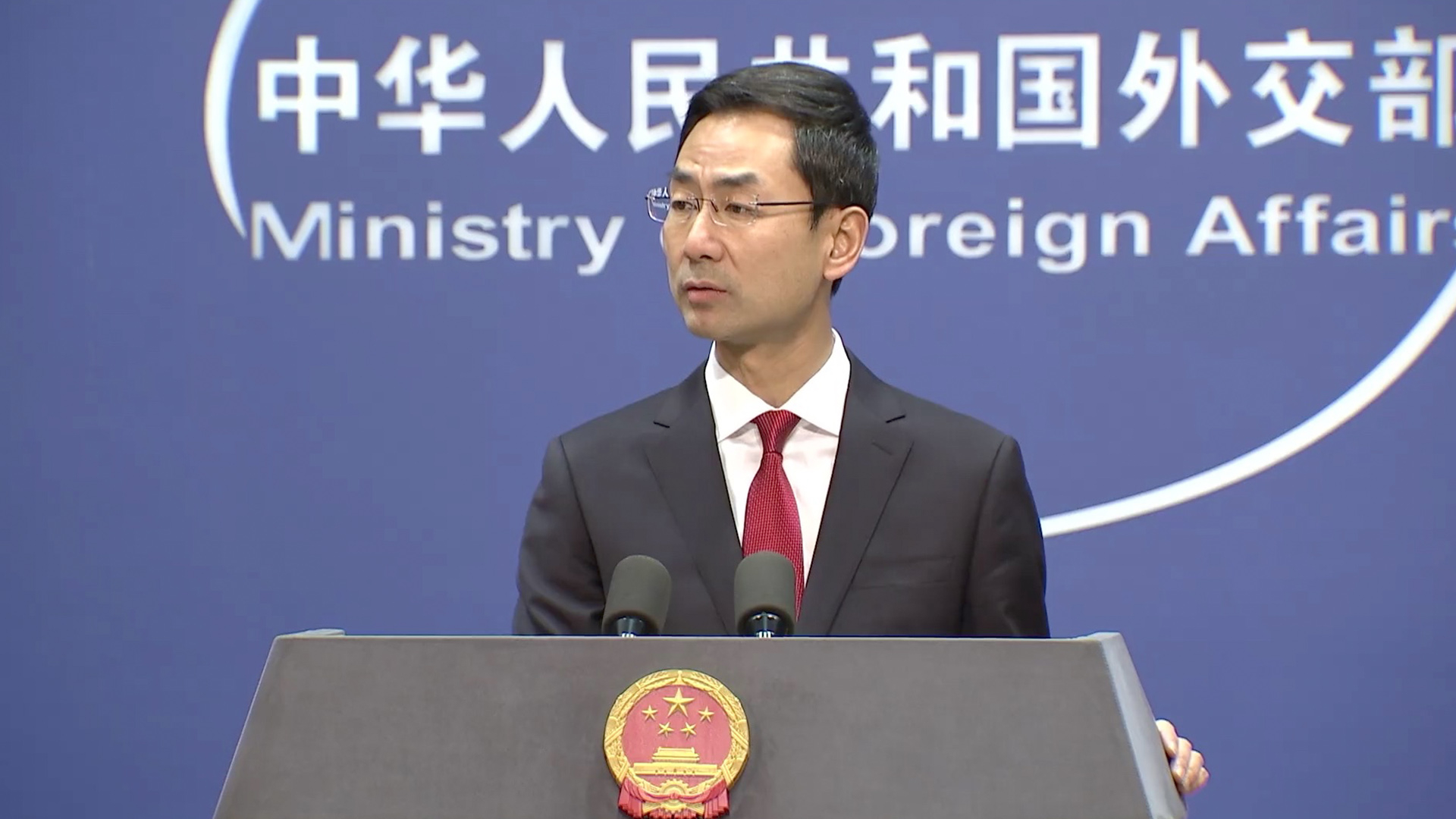 Chinese Foreign Ministry spokesperson Geng Shuang Wednesday expressed China's regret over the decision, saying it will not help solve the issue or ease the current tensions.

Geng pointed out that the United States unilaterally withdrew from the JCPOA while ignoring international law and its international obligations, imposing maximum pressure on Iran and obstructing other parties in keeping their commitments.

"Such practices are the root cause of current tensions," said Geng.

China urged all relevant parties to stay calm and exercise restraint, resolve differences through dialogue and consultation within the JCPOA framework, take concrete steps to restore the balance of the rights and obligations of the JCPOA and try their best to safeguard and implement the deal, said Geng.

China will stay in close contact and coordination with relevant parties and make tireless efforts to this end, he added.