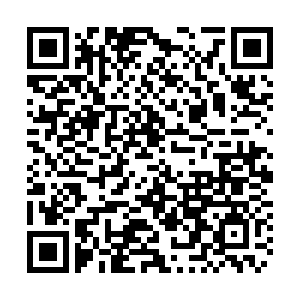 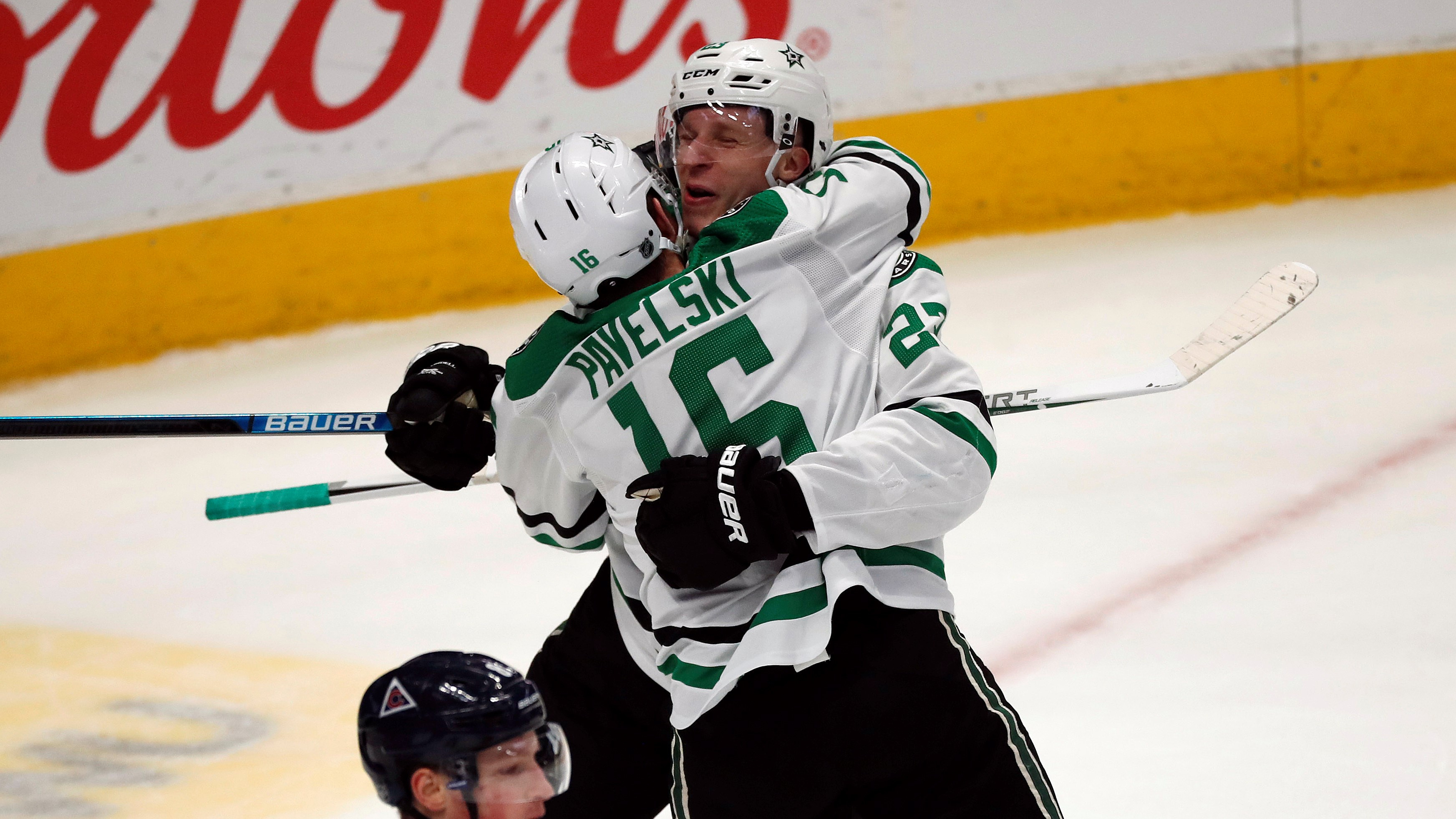 Joe Pavelski #16 of the Dallas Starts hugs his teammate Esa Lindell who scores the game-winning goal in overtime in the game against the Colorado Avalanche at the Pepsi Center in Denver, Colorado, January 14, 2020. /AP Photo

Joe Pavelski #16 of the Dallas Starts hugs his teammate Esa Lindell who scores the game-winning goal in overtime in the game against the Colorado Avalanche at the Pepsi Center in Denver, Colorado, January 14, 2020. /AP Photo

Jamie Benn provided the pep by throwing some punches.

It ignited the Dallas Stars' comeback.

Esa Lindell scored 1:54 into overtime after Jason Dickinson tied the game late in regulation and the Stars put the finishing touches on a season series sweep of Colorado by beating the Avalanche 3-2 on Tuesday night.

Lindell found himself all alone in the middle of the ice and sent a wrist shot past Philipp Grubauer as the Stars completed their rally from an early two-goal deficit.

''Scoring is fun,'' said Lindell, who scored his third goal of the season and first since November 25. ''It doesn't happen too often, so you'll take it every time.''

Grubauer's take was simple: ''They came down in the slot and scored. That's what I saw.''

Lost in the shuffle was the scuffle Benn got into with Matt Calvert early in the third period. They each landed a few punches before being sent to the penalty box.

That energized the Stars.

''He got us going,'' Stars interim coach Rick Bowness said. ''We responded.''

Dickinson tied the game for the Stars with 5:23 remaining on a backhand shot. Denis Gurianov also scored in the fourth and final meeting between the Central Division adversaries. The Stars captured the season series 4-0.

Ben Bishop made 41 saves in a game in which the Avalanche hit at least three posts.

''The guys did a good job with that 'bend don't break' mentality and then stuck in there, stuck in there,'' Bishop said. ''We're finding different ways to win.''

Leading 2-1, the Avalanche nearly cemented the game midway through the third with the puck rolling toward the net. But Stars defenseman John Klingberg swatted it away at the last moment.

It's the second straight game Colorado let a third-period lead slip away. The Avalanche fall to 3-6 in overtime this season. The Stars are 7-4.

Gabriel Landeskog and Nikita Zadorov had goals for the Avalanche, with Nathan MacKinnon assisting on both.

The Avalanche caught a break when a power-play goal by Dallas in the second period was disallowed after coach Jared Bednar challenged the play for offsides.

Zadorov was credited with the first of Colorado's two opening-period goals when his cross-ice pass glanced off the stick of Dallas defenseman Miro Heiskanen and through the pads of Bishop. It was Zadorov's first goal since October 14.

One of the pivotal moments in the game was when Alexander Radulov's goal was taken off the board on a challenge. It was determined by video that Benn was a fraction offside before the puck entered the zone.

Moments later, Gurianov scored on the power play to make it 2-1. His shot was sailing wide before bouncing off Grubauer's glove and into the net.

The Pepsi Center hasn't been friendly to the Avalanche of late. They're 1-4-2 over their last seven.

''It's a confidence thing,'' Bednar said of his team's struggles. ''We have to believe in what we're doing.''

The speedy MacKinnon was a handful all evening and nearly scored on a breakaway in the third period. He usually is hard to handle.

''You give him an inch and he'll take a foot,'' Dickinson said. ''You see it every night. He just finds ways to create space.''

The Stars improved to 10-4-1 since Bowness was named interim coach on December 10. Bowness took over after Jim Montgomery was dismissed. Montgomery announced earlier this month he entered alcohol rehab.

''It's a testament to the maturity of this group,'' Dickinson said of dealing with a mid-season coaching change.