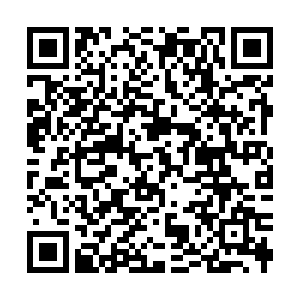 The top diplomats of the United States, the Republic of Korea (ROK) and Japan met Tuesday amid the stalled nuclear talks to persuade Pyongyang to end its nuclear program, and the three sides reaffirmed to work closely over the issue.

During their talks in Silicon Valley, California, U.S. Secretary of State Mike Pompeo, ROK Foreign Minister Kang Kyung-wha and Japanese Foreign Minister Toshimitsu Motegi discussed recent developments on the Korean Peninsula and "three-way cooperation" on the DPRK issue, according to a statement from the U.S. State Department.

"The three ministers reaffirmed the importance of South Korea-U.S.-Japan coordination for achieving the joint goal of the complete resolution of the North Korean (DPRK) nuclear issue and regional peace and stability," it said.

Meanwhile, the U.S. Treasury Department imposed new sanctions on two entities belonging to the Democratic People's Republic of Korea (DPRK) that it said are involved in sending DPRK people to work abroad in violation of United Nations sanctions.

The U.S. Treasury Department said in a statement on Tuesday that the Namgang Trading Corp, or NTC, and Beijing Sukbakso, a DPRK lodging facility based in China, exported DPRK workers to raise "illicit revenue" for its government in the violation of UN sanctions.

According to the statement, in 2018 NTC had workers in Russia, Nigeria and numerous unidentified Middle Eastern countries. And Beijing Sukbakso was blacklisted for allegedly providing support to NTC and Namgang Construction, which was designated in 2016 for exporting workers to countries in the Middle East and Asia, it said.

The sanctions imposed on Monday freeze any U.S. assets of NTC and Beijing Sukbakso and generally prohibit Americans from doing business with them.