Phase one deal is a win-win outcome for China and the U.S.
Cheng Dawei 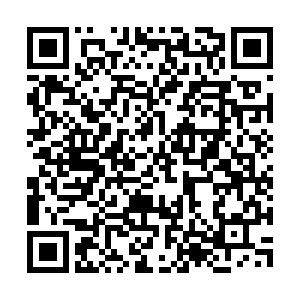 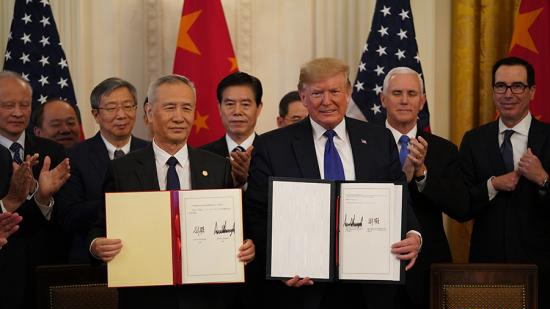 Editor's note: Cheng Dawei is a professor at School of Economics at Renmin University of China. The article reflects the author's opinions, and not necessarily the views of CGTN.

The phase one deal between China and the U.S. provides a comprehensive roadmap for many aspects of improving two countries' trade relations. In particular, it can substantially reduce trade protection and adopt a framework of trade rules for two countries.

There are many perspectives on the China-U.S. trade deal. Both economic concerns and legal issues, for instance, the IP protection and dispute settling mechanism, have been addressed in the deal. Just like China's accession to the World Trade Organization (WTO), the deal offers China opportunities for a broader set of reforms.

Transparency and predictability are central rules of the WTO. They are also highlighted in the deal. According to the deal, the two sides can bring disputes concerning trade protection to the central governments and even top leaders of the two countries. Apparently, the deal may help avoid costly and acrimonious disputes that have marred Sino-U.S. trade ties.

When China joined the WTO, intellectual property was a key aspect of its WTO accession. Since 1990, China has updated its laws on copyrights, trademarks, patents, and trade secrets, and strengthened protection on integrated circuits. Today's China has witnessed the rise of high-tech industries. It is in China's own interest to seek better intellectual property protection for its innovation-driven economy.

Both developed and developing countries require better IP protection. In the era of digital transmission where people's daily life and companies' business interests are closely intertwined with digital products, it is of vital importance for China and the U.S. to establish an IP protection mechanism. This is also a prerequisite to boosting a country's innovation level. In the phase one deal, both sides pledged better IP protection in the digital era and stressed the importance of supporting digital research and cooperation.

As a result, China used soybeans as a tool to retaliate against the U.S. in the trade war. In 2019, in order to make up for domestic needs, China started to look for new import markets as alternatives. The global soybean market became unstable as a result of the trade fight. We hope the phase one deal can stabilize the international market.

China, on the contrary, is not that competitive in land-intensive agricultural products. So it is necessary for China to continue to open its agriculture market to the world and to ease the pressure on domestic resources. The trade war is a reminder that China has to improve its production and competitiveness through opening-up.

The deal also recognizes the crucial role that science and risk-based sanitary and phytosanitary measures play in the protection of human, animal, and plant life and health, and that neither party shall apply sanitary or phytosanitary measures in a manner which would constitute a disguised restriction on international trade. This shows respect to the WTO rules and will ensure the sanitary security of goods imported to China.

In summary, this agreement is in the interests of both China and the U.S. and will help the market return to stability.