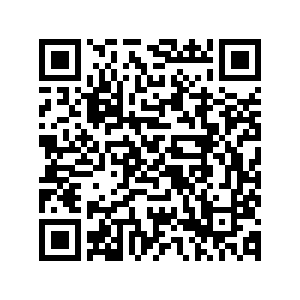 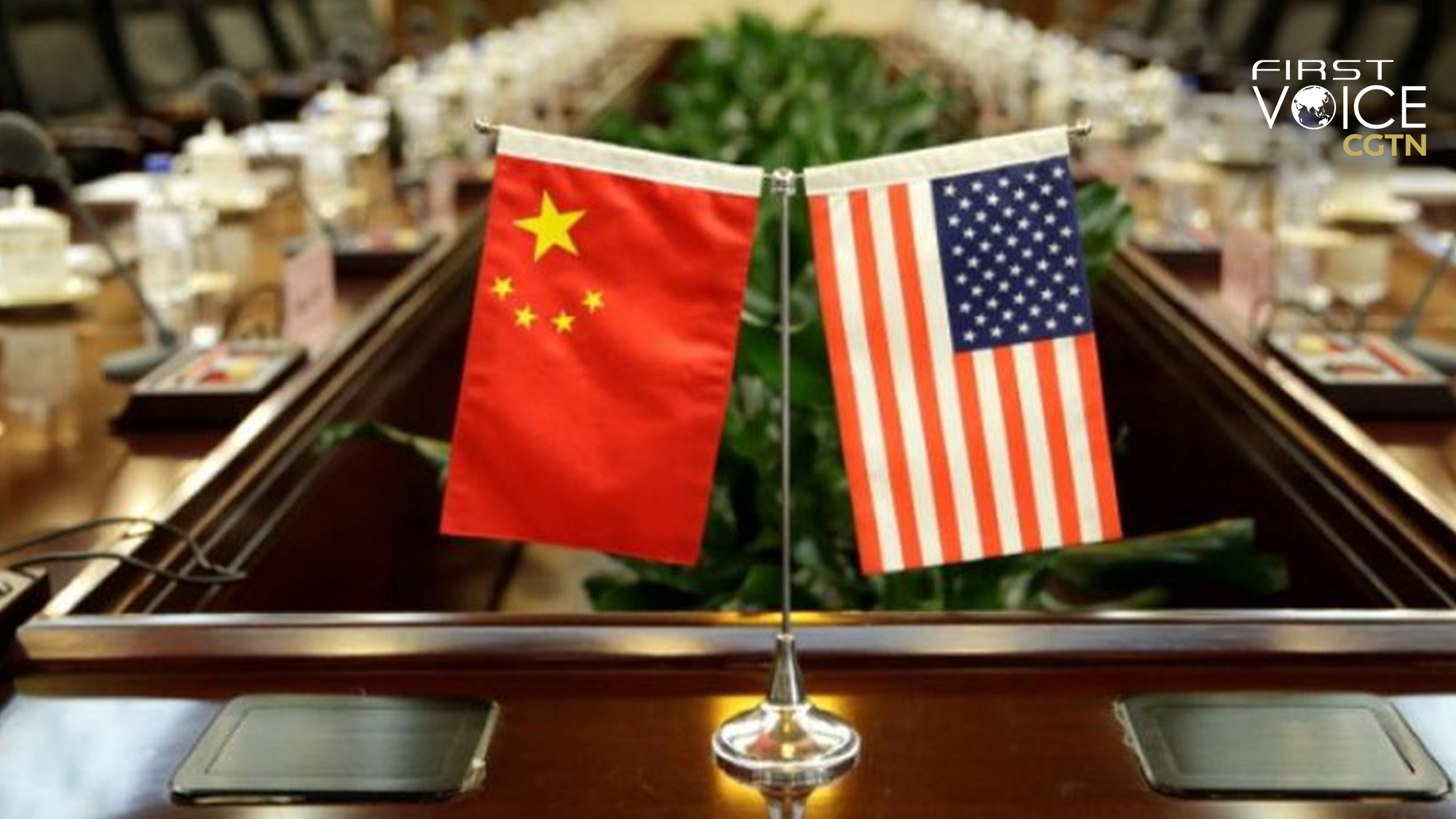 All eyes are set on the phase one deal that the world's largest two economies, China and the United States, eventually clinched after 22 months of on-again-off-again negotiations. The trade deficit, intellectual property (IP) and "forced" technology transfer are among the top items in the deal.

Regarding the trade deficit, China has committed to increasing purchases of American products and services by at least 200 billion U.S. dollars in the next two years. This includes 32 billion U.S. dollars in agriculture products. "The arrangement is in the benefit of both China and the United States," Wang Yong, a professor at the School of International Studies at the Peking University, told CGTN.

Trade deficits with China have long been a headache for American politicians. It was President Donald Trump's basis for unilaterally launching the tariff fight in the first place. Increased exports of American goods will, to some extent, alleviate the U.S. trade problem and save tariff-hit American farmers from their current crisis.

Agriculture, according to Wang, plays a unique role in American politics. Less than two percent of the U.S. population is directly employed in agriculture, but interestingly, farmers occupy more than 20 percent of the seats in the Senate. The figures hint at the status of farmers in U.S. politics.

Moreover, support from farmers and blue-collar workers was indispensable to Trump's 2016 election victory. The phase one deal that will see a boost in the exports of American agricultural products is good news for not only farmers but also politicians in the United States. 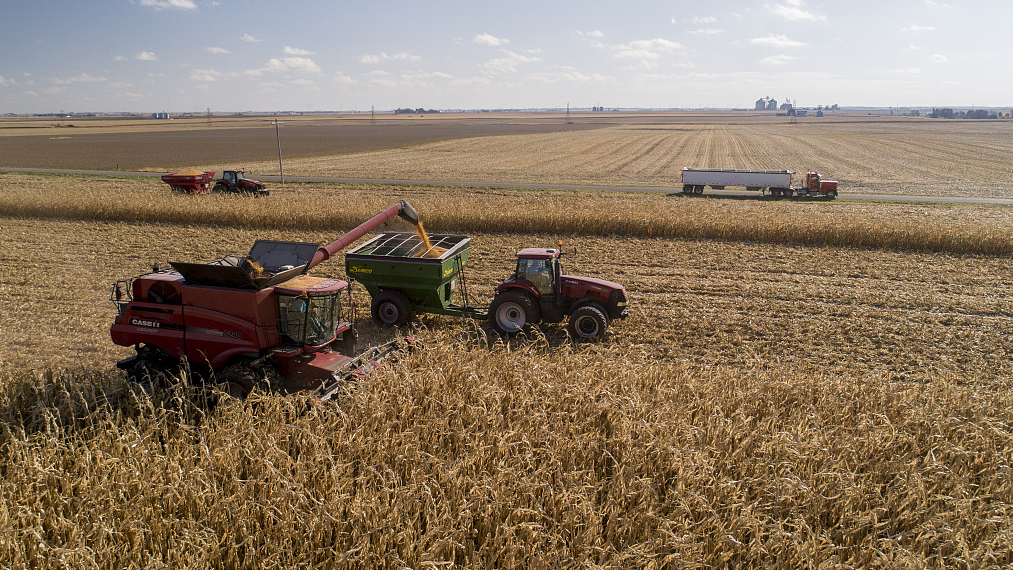 Corn is loaded into a grain cart from a combine harvester in Buda, Illinois, U.S., November 5, 2019. /CGTN Photo

Corn is loaded into a grain cart from a combine harvester in Buda, Illinois, U.S., November 5, 2019. /CGTN Photo

For China's part, expanding imports conforms to the country's trade policy that pursues balanced trade, not surplus, with its partners. The deal, according to Xin Qiang, the deputy director of the Center for U.S. Studies at Fudan University, is also a response to China's increasing demands for foreign products. Admittedly, China is on the way to grain self-sufficiency, but increased purchase of American crops will, by no means, affect the country's food security. A diversification of farm goods can better satisfy the needs of Chinese customers.

In addition, "given the strong complementarity in China-U.S. trade, expanded imports from the U.S. mean healthier trading pattern," Wang emphasized. With its vast farming land and high mechanization level, the U.S. is more efficient than China in agriculture, while China, with cheaper labor, has more advantages in manufacturing. Increased exports of American agricultural goods to China can, to some extent, protect the export of China's manufactured goods to the United States, according to Wang.

On intellectual property, the two countries pledged stronger legal protection for patents, trademarks and copyrights. It has to be admitted that a country's rapid rise is always accompanied by new problems. This rule applies to China as well, which has been troubled by piracy, counterfeited goods, trademark infringement and other patent-related challenges in recent years. Strengthened legal protection is of vital importance in addressing these issues and pushing China into an innovation-oriented economy.

"Although Chinese enterprises may need to pay more patent fees after the deal was clinched, the significance of IP protection has already been recognized by the international community," Xin said, adding that "the earlier China strengthens IP protection, the better it will be for the country's innovation-driven industry." Wang echoed Xin, emphasizing that "innovation is of vital importance to save China from the middle-income trap." 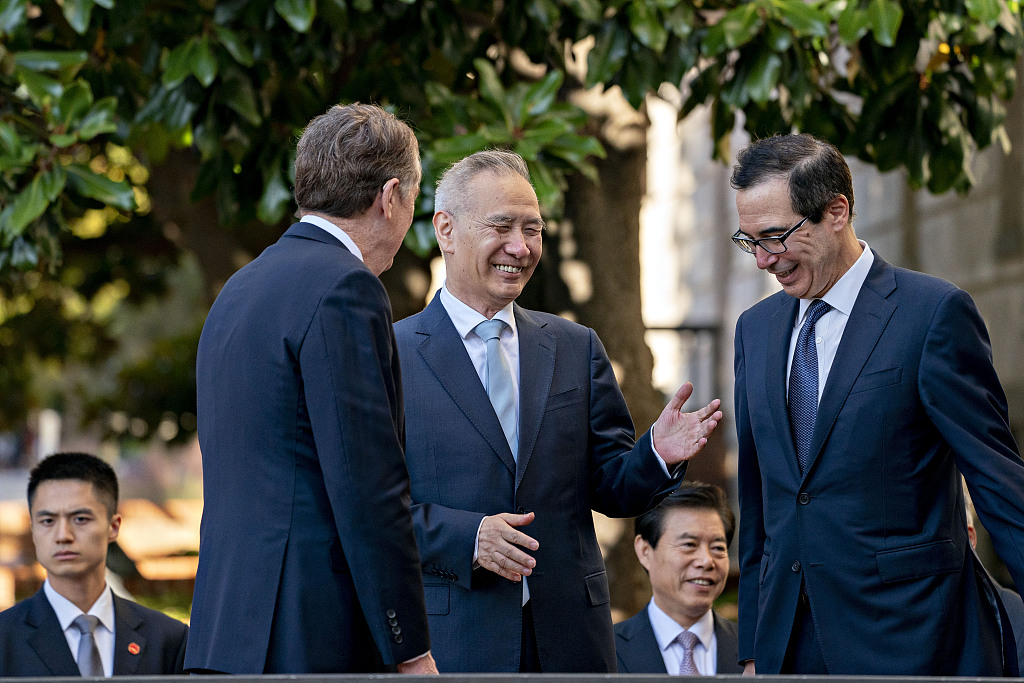 The two countries also pledged to eliminate forced technology transfer in the deal. Since Washington fired the first bullet in the tariff fight, there have always been voices from the U.S. side accusing China of forcing foreign companies into transferring technology to their Chinese counterparts as a condition of market access. This is biased. Technical cooperation between Chinese and foreign firms is on a spontaneous basis. A great many foreign enterprises are very willing to collaborate with China and receive generous returns.

In the phase one deal, the Beijing side has again reiterated its commitments to eliminating foreign firms' pressure in doing business in China. This demonstrates the country's determination in to open up its economy further to the outside world. Since the implementation of the reform and opening-up policy in 1978, China has been striving to shift its economy from state-controlled to market-oriented. For this end, the country has sought to adjust the government's role in economic performance. The trade deal that attempts to eliminate different treatments on foreign and state-owned enterprises is a boon for China's market economy.

There is no denying that the mutually beneficial deal is a hard-won achievement for both China and the United States. Joint efforts are needed in implementing the deal, and any attempt to violate this accord will bring more pain than gain.