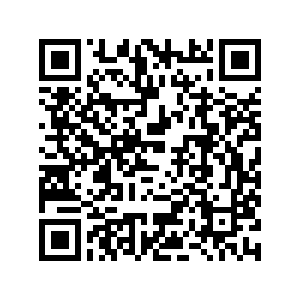 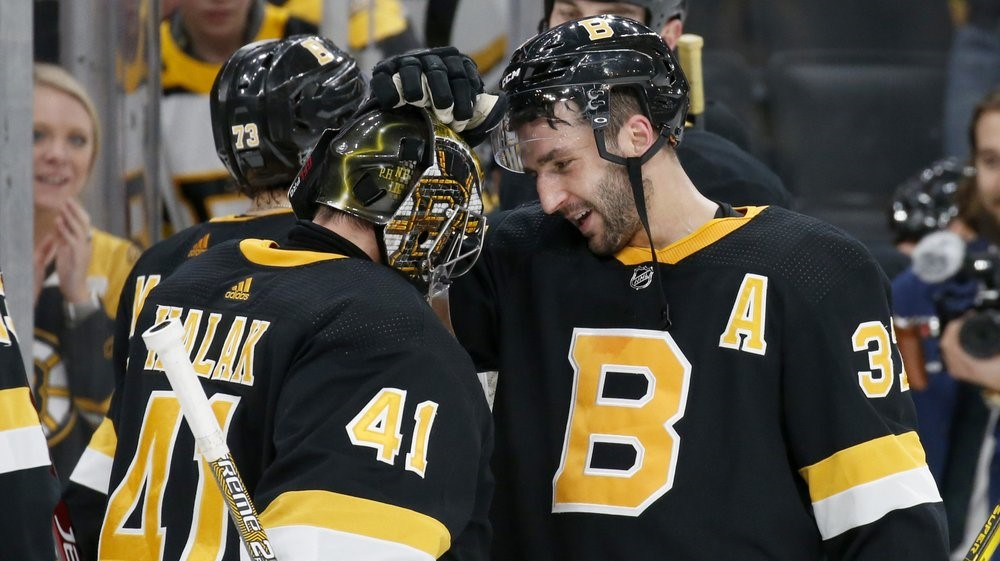 Patrice Bergeron (R) and Jaroslav Halak (L) of the Boston Bruins celebrate after their 4-1 win over the Pittsburgh Penguins at the TD Garden in Boston, Massachusetts, January 16, 2020. /AP Photo

Patrice Bergeron (R) and Jaroslav Halak (L) of the Boston Bruins celebrate after their 4-1 win over the Pittsburgh Penguins at the TD Garden in Boston, Massachusetts, January 16, 2020. /AP Photo

The Bruins turned an ominous start into a decisive victory against Sidney Crosby and the Penguins.

Crosby scored 24 seconds into the game, but Jaroslav Halak didn't allow anything else to get past him as Boston beat Pittsburgh 4-1 on Thursday night.

"We just kind of responded the right way," said Halak, who made 29 saves. "We started skating. We put the pucks deep and we got a lot of those pucks back. That was a big thing tonight."

Par Lindholm, Sean Kuraly and Patrice Bergeron all scored for Boston before Brad Marchand capped the victory with an empty-net goal.

The Bruins played a solid defensive game after Crosby's fast start, stifling the Penguins through long stretches and keeping Pittsburgh from sustaining the early momentum Crosby generated in his second game back after a two-month layoff.

"I think we're going to see that a lot. I don't think that's the first team or the last that's going to try to be physical," Crosby said. "We had times where we were able to get some good hits in, too."

Crosby returned Tuesday after missing 28 games following abdominal surgery. He fired off a slap shot from the top of the left circle and beat Halak, giving the Penguins a 1-0 lead and setting up Boston for another setback in a week that's been full of them.

The Bruins lost 3-0 at Columbus on Tuesday, the first time they've been shut out this season, and blew a 5-2 lead Monday at Philadelphia as the Flyers rallied to a 6-5 win in a shootout – a game that ended when Marchand overskated a puck at center ice to spoil his shootout try.

"We weren't really happy with our last two efforts," Bergeron said. "And you're facing a team that's playing good hockey, it's a big challenge. I thought we responded well."

Tristan Jarry had 26 saves for Pittsburgh, which hosts Boston in the third meeting of the Eastern Conference contenders on Sunday.

After Crosby scored his seventh goal, Kuraly tied it at 10:03 on a shot that deflected off a Penguins' defenseman and Lindholm put Boston up 2-1 just 2:13 later when he redirected a shot by Karson Kuhlman after the Bruins forced a turnover in Pittsburgh's zone.

After outshooting Boston 12-10 in the first period, the Penguins didn't record a shot on goal in the second until Halak stopped a tip by Teddy Blueger with 6:50 left in the period. Although he wasn't tested much in the period, Halak made four huge saves in the final seconds when he stopped Bryan Rust on a 2-on-1, then three rebound attempts by Zach Aston-Reese.

Halak came up big again late in the third as he kept a flurry of shots from crossing the goal line.

Boston led 2-1 after two and extended the lead 3:19 into the third when Bergeron beat Jarry on a long wrist shot. David Pastrnak got an assist on the play and added another when Marchand scored on an empty net with 53 seconds left to play.

Pittsburgh coach Mike Sullivan said the Penguins responded well to some heavy hits by Boston, but the Bruins were still able to control the play much of the night. When the Penguins got their best chances, Halak was there to stop them.

"You can define physicality different ways. You can define toughness different ways," Sullivan said. "For me, the biggest thing is getting your nose over pucks and winning puck battles. That's when I know that we're at our best – when your compete level is high and we're winning the puck battles all over the rink. I just didn't think we won enough tonight."