Can the phase one trade deal help China sustain recovery in GDP growth?
By Jimmy Zhu 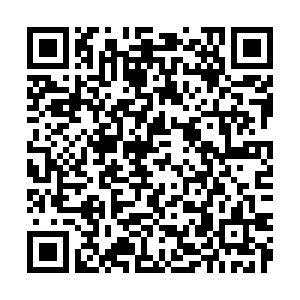 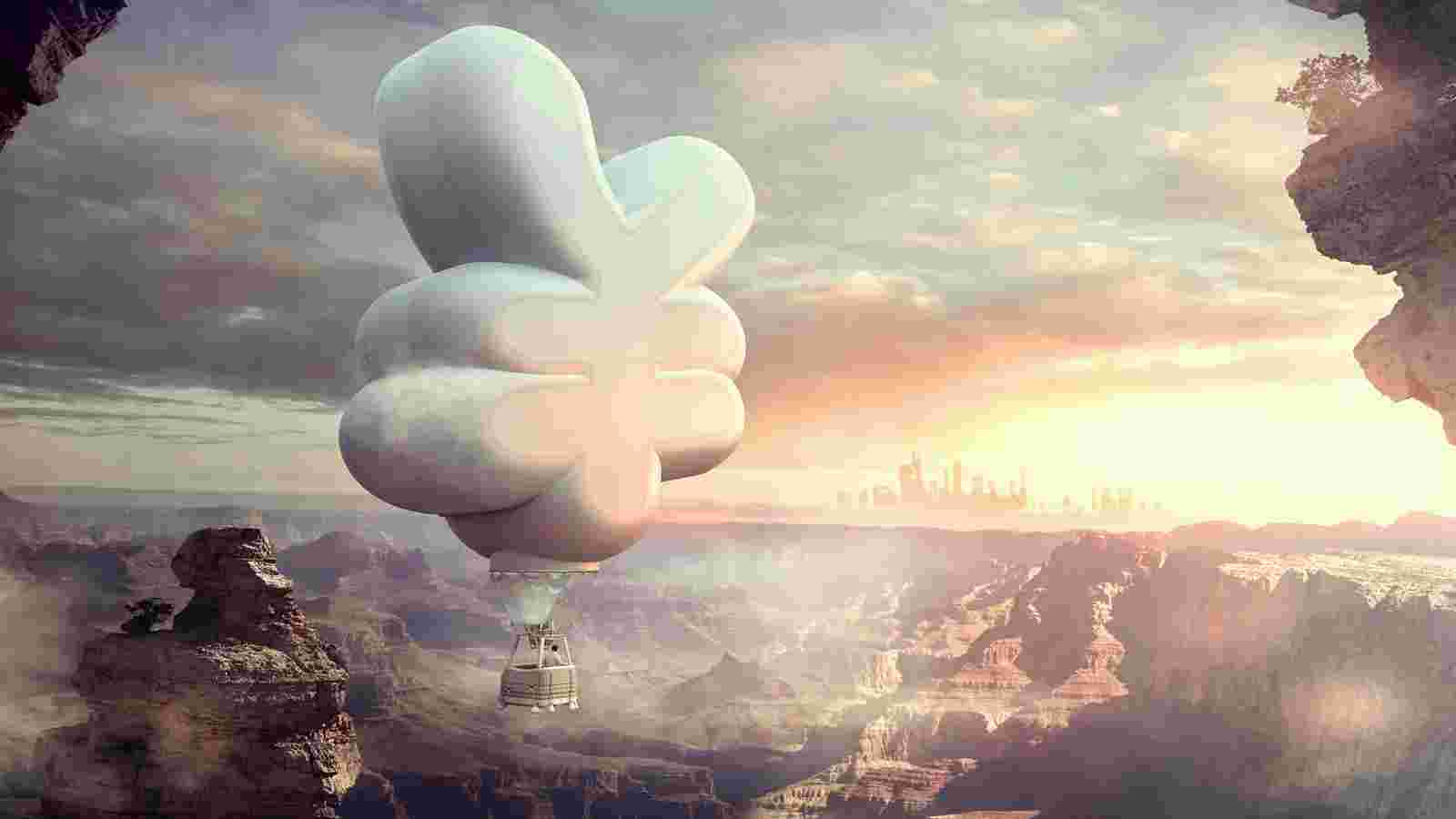 China's GDP growth in the final quarter last year showed that the economy has approached the bottom for the near term. Looking ahead, the degree of the trade tension between the U.S. and China will remain to be the key factor to drive China's growth rate. The analysis shows that details in the phase-one trade deal can be achieved by China, as the nation vows to boost domestic demand in both industry and consumption.

China's economy grew 6.0 percent for the fourth quarter in 2019, matching the growth rate in the third quarter. The reading also matches Bloomberg's survey result of six percent. Nevertheless, the latest GDP figure shows a stabilizing sign in the economy after the growth rate decelerated in the previous two quarters.

The GDP growth in the second largest economy expanded by 6.1 percent in 2019, from a 6.6 percent growth rate in 2018. The 0.5 percentage point decrease was the biggest since 2014. Slowdown last year was mainly driven by the escalation in U.S.-China trade tension that dampened the business confidence and external demand. The good news now is that the two countries reached the phase one trade deal earlier this week, eliminating lots of political and business uncertainties in the real economy.

Various indicators indicate that a slightly below consensus growth rate in the last quarter is due to softer external demand. The official manufacturing PMI has been climbing above the 50 point level since November and well above the average reading for first nine months of 2019 at 49.7, suggesting a meaningful recovery in domestic demand in the late fourth quarter. However, there hasn't been any visible improvement in its exports growth. Exports contracted in both October and November, while the growth in December was mainly due to the low-base effect in 2018. The global economy still faces many uncertainties, and recovery in China exports growth is likely to continue to weigh on its GDP growth in 2020.

Other high-frequency data such as industrial output and retail sales indicate the economy may have reached the cyclical bottom, pointing out the growth rate is to accelerate in the current quarter for the first time since the first quarter in 2018. 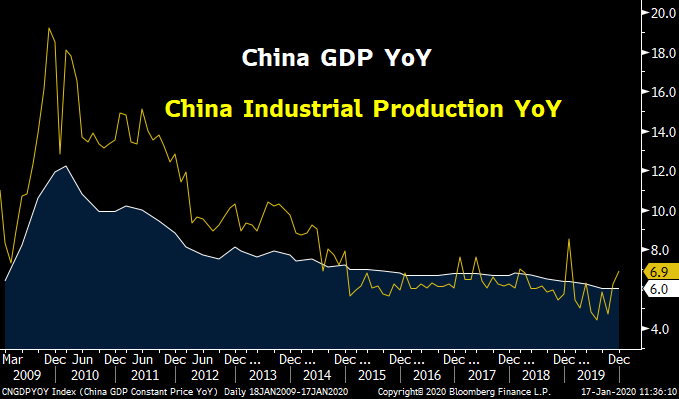 - Retail sales grew 8.0 percent in December, slightly above the earlier estimates. The stabilization in retail sales confirms that consumption remains the key growth engine in the Chinese economy, and it will also help to counter the prolonged global manufacturing slowdown.

- Fixed-asset investment excluding rural households grew 5.4 percent, accelerating for the first time since June. Data suggests that the infrastructure spending picked up in December, and this could further spur the industrial demands in the coming months.

Analysis shows the current recovery is mainly driven by domestic factors more then external. A rapid appreciation in Chinese yuan is not likely in the near future because the current account surplus may shrink in the coming quarters. China's central bank may aim to keep the Chinese yuan stable versus a basket of the currencies, to avoid a sharp appreciation in yuan when external conditions remain fragile. The CFETS RMB index may move in the area between 91-93 in the first half of 2020. 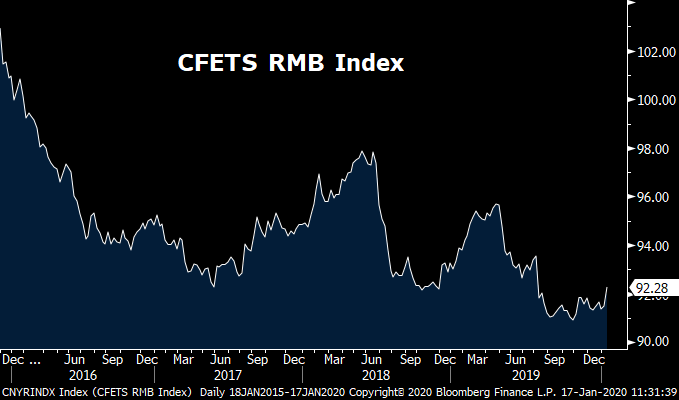 What does the phase one trade deal mean for China's growth in 2020?

The phase one trade deal between the U.S. and China will definitely boost business confidence among many Chinese companies, as fears of continuous escalations on the trade tension between the two largest economies looks to ease for now. Various areas are included in the agreement, mainly including the FX scheme, trade, financial services and intellectual property. Among these areas, those terms on trades will have the most significant impact on Chinese growth in the near term.

The increasing amount looks ambitious, but it's not unachievable, if looked at a from a big picture perspective. China's total imports from the world reached two trillion U.S. dollars in 2018, and its buying from the U.S. accounted for 7.3 percent. Based on the phase one deal, the amount China is targeting to import from the U.S. would account for 10.1 percent and 13.9 percent for 2020 and 2021 respectively. In 2018, China imports from the eurozone and developing Asia accounted for 10.3 percent and 12.5 percent respectively. On the other hand, China retail sales have grown 10 percent in 2019 from two years ago, by increasing around 300 billion U.S. dollars consumption. Thus, an additional 200 billion U.S. dollars buying based on the import figure in 2017 would be able to be absorbed through the rising consumption in China.

Still, additional work needs to be done in order to achieve such an ambitious target. In order to balance China's trade with other countries, especially for those in the eurozone and Asia Pacific region, the best strategy is to increase domestic demand in both industrial and consumption areas. Hence, we expect the fiscal measures to take a bigger role in the economy this year than monetary measures. Infrastructure spending will be the key focus after special bond issuance kicked off this month, and this will help to smooth the funding condition for the projects. Besides that, authorities may continue to introduce measures to support the private companies, where 80 percent of the country's employees work in this group. Lowering their borrowing cost will be the main strategy. Better business sentiment in the private sectors will be the key factor to drive consumption.

In the near future, de-escalation in the China-U.S. trade tensions would be one of the most important agenda for the two countries, as it directly affects the global growth. As long as the truce between the two largest economies stays, global recovery in the coming quarters is likely to sustain.